“Nothing is decided yet”. Players about Game 4

Ak Bars moved to within one victory of lifting the Gagarin Cup thanks to a 3-1 success at CSKA on Friday. But after the game, players from both teams were adamant that this final series is far from over, even if it could all be wrapped up in Kazan on Sunday.

“Today’s game was more draining that before. It was important that we got the first goal, that we managed to withstand the pressure CSKA generated in the first period. We played well and won the game even though we had a few silly penalties. We need to put that right before the next game.

“We’re just focusing on each individual game and trying not to worry about the score in the series. The series is still going. I can’t say if we’ll wrap it up in five games, we can’t think about that right now. We need to go home, calm down and get ready for Sunday’s game. We still haven’t won anything, to win the Gagarin Cup we need to win four games. Everything is possible, and nothing is decided yet. CSKA is the strongest team we’ve faced in these playoffs. They’ve really played well in every game, it’s always finished with a tight scoreline.

“Azevedo’s pass [for my first goal was just incredible. He set it up perfectly with the backhand and all I had to do was put it in the net.”

“I don’t think the disallowed goal had any impact on our game. We need to keep working and play on. We’re not here to be whipping boys, we have to keep battling in every game regardless of the score in the series. This is the Gagarin Cup Final and we have to play every game like it’s our last.

“Kazan is taking its chances on the counter attack. We’re struggling to maintain our tempo and getting caught. We have to stop doing that. What’s missing on our power play? Goals.”

“Today it felt like we had more energy than they did. CSKA has a great team, they’re dangerous, every game has been tight and one goal has decided. Now we just need to win the next one. Of course, it doesn’t matter to us where we win the cup. We just need to win one more game, it doesn’t matter where it is. I’ve never won a championship before and it would be great to do that on home ice. But we need to play our best hockey.”

“I don’t think today’s game was all that different from the others. It just turned out that we lost. We need to work for the full 60 minutes and take the chances that we are creating. We’re up against a good team, that’s why we’ve only scored six goals in four games. We’re also playing well on offense but we’re not quite taking those chances. We’ll fly to Kazan in a good mood. It takes four games to win the series and nothing is decided yet.”

“We started well in the first period, had a couple of power plays, but we have to take advantage of that. We just couldn’t get the goals we needed.

“Now, however you slice it, we have to win three games. Even if we’d tied up the series tonight, we’d still be needing more wins. I think we can come back from 1-3 down. I can’t say if the team will be closer now our backs are against the wall. I guess we’ll find out on Sunday.” 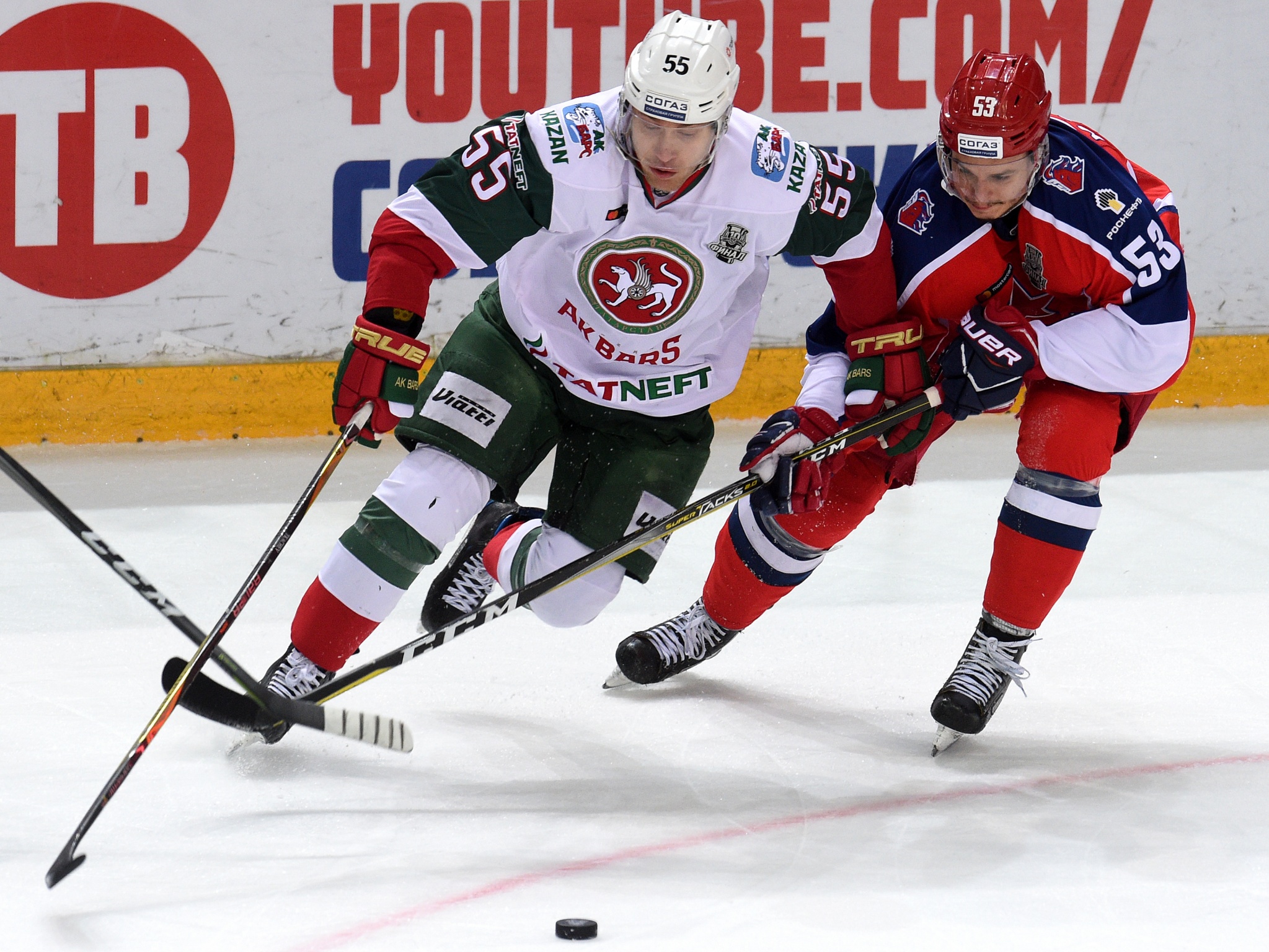 “It was a typical game for this series. All four have been similar. I wouldn’t say it was harder in Moscow than in Kazan. Both teams are really battling for the wins. I’m not the only one for whom winning the cup would be extra special, we have several guys who haven’t won before.

“It was important that we recovered after losing last time. We came into a new game, forgot about what went wrong, and got on with our jobs. In particular, we were strong on the PK today.”

“The game started a bit like the others. We took some silly penalties, they got the power plays and took the initiative. But on the PK we played flawlessly, we blocked their shots and read the game well. Luckily we got some chances and took them. That first goal was like a breath of fresh air. In the second period, everyone had chances and we exchanged counter attacks. In the third, we were calm. We knew we had to hold on. I’d like to thank our fans for the noise they made: it felt like we were playing at home.” 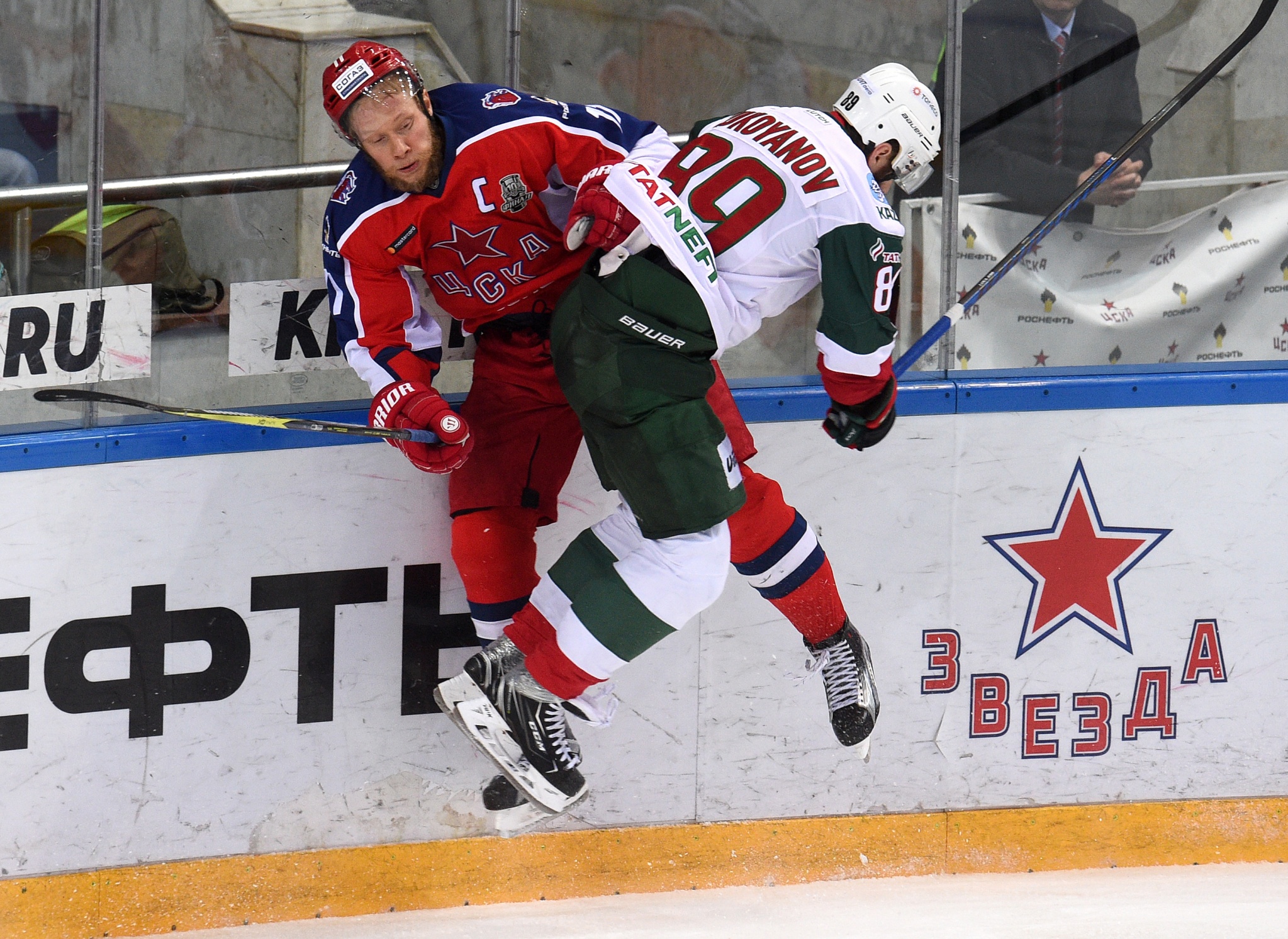