On Friday, the 20th of April, one of the greatest players in hockey history celebrated his 60th birthday. Vyacheslav Fetisov started out as a youngster playing hockey in the yard and went on to reach the pinnacle of the sport, becoming a member of the exclusive Triple Gold Club – players who have won the Stanley Cup, Olympic gold and World Championship gold. Even this accolade barely hints at his success, bearing in mind that he won the Stanley Cup twice (plus one more as a coach), was a two-time Olympic champion and collected no fewer than seven golds at the Worlds. In international hockey, he was a fearsome defenseman and captain of the formidable Red Machine USSR team, as well as excelling in the leagues on both sides of the Atlantic.

It would be close to impossible to list all Fetisov's achievements as a player, and he continued to add to them after hanging up his skates. He has served as general manager and head coach of the Russian national team, as a high-ranking politician, as head of CSKA, as a perceptive and entertaining TV personality, and much more. 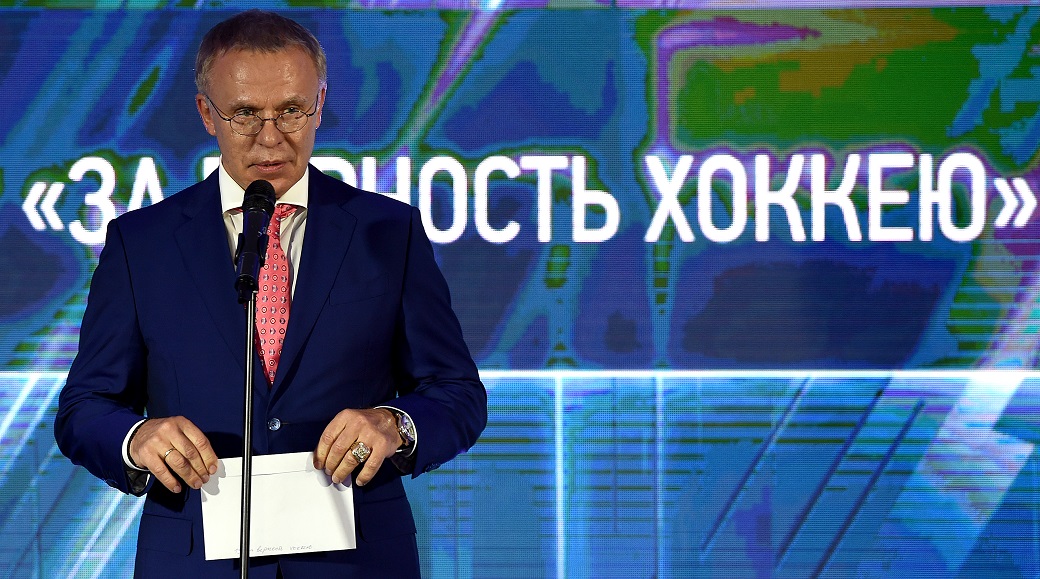 Vyacheslav Fetisov was also deeply involved in the creation of the Kontinental Hockey League, and in 2008 he assumed the role of the new organization's first Chairman of the Board of Directors, helping to lay the foundations for much of the further development and progress made by the game over the past decade.

Today, he still devotes considerable energy to his beloved hockey. He is still in fine physical condition, frequently takes to the ice, and takes part in numerous successful projects related to the game.

The Kontinental Hockey League would like to take this opportunity to congratulate Vyacheslav Alexandrovich Fetisov on reaching this milestone, wishes him the best of health, boundless energy, happiness, and many more years of fruitful work for the benefit of Russian hockey.

– Vyacheslav Fetisov is our legend, a unique individual who has achieved success in all the spheres of activity in which he has tried his hand. I am proud that we have such long-standing and warm relations with Vyacheslav Alexandrovich, and am grateful for his work with us in our joint projects aimed at the development of not only hockey, but of all sport in Russia.

It is people such as Fetisov who nurture the younger generations, inspire them, and set a fine example of devotion, passion, efficiency and professionalism. I am sure that Vyacheslav's wealth of experience, vast reserves of energy, well-earned authority and wide knowledge of the game will continue to be in great demand throughout the hockey world for a very long time.

I heartily congratulate Vyacheslav Alexandrovich Fetisov on this, his 60th birthday, wish happiness and health to him and his family, and of course, look forward to his continued success in all his endeavours.