It’s an odd stat, but home ice victories for Ak Bars in the Gagarin Cup Final aren’t as common as you might expect for a team with two cup wins already in the record books. In three previous grand final appearances, Kazan had seen just three home wins for Ak Bars. Back-to-back wins, as seen at the start of this series, are unprecedented in the KHL era. With Zinetula Bilyaletdinov’s team historically even more impressive on the road, it might suggest that CSKA faces an even more challenging task than usual if it is to recover from 0-2 in the series.

Monday’s victory in game two of the 2018 final was delivered with goals from Ak Bars’ two Canadian forwards. Justin Azevedo and Rob Klinkhammer have had contrasting seasons: the former has been in deadly form despite injury problems; the latter, fit throughout, collected Olympic bronze with team Canada but produced relatively modest returns in the KHL compared with his successful debut season at Dinamo Minsk. Today, though, he claimed the game-winner while Azevedo continued his post season plunder with his eighth goal and 22nd point of the playoffs. 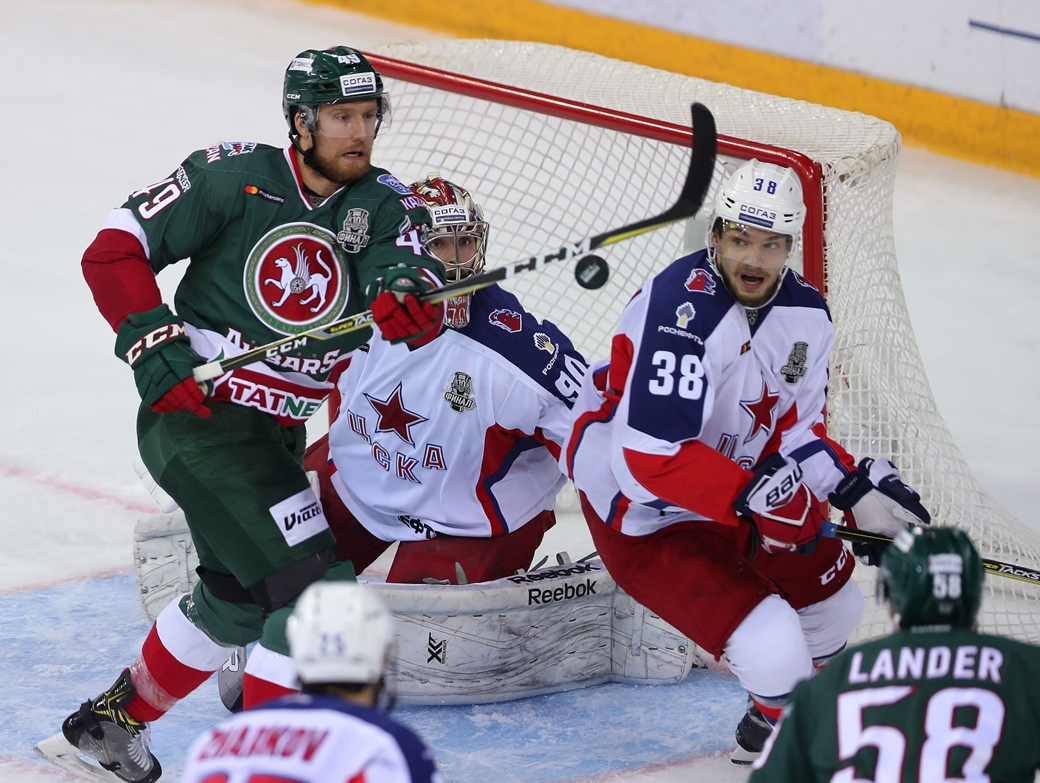 For CSKA, meanwhile, there was encouragement thanks to the return from injury of Kirill Kaprizov. The young forward was listed on the fourth line but saw plenty of game time. Unfortunately for him and his team, he could not find the magic touch that has accompanied him for so much of this season; after a taste of Gagarin Cup Final action, he will hope to be fully up to speed when the teams get back to Moscow on Wednesday.

As in the opening game of the series, Ak Bars was the first to settle and the home team took the lead through Justin Azevedo midway through the opening frame. The goal came on the power play, with Ak Bars enjoying a 5-on-3 advantage when Danis Zaripov’s pass found Azevedo at the top of the right-hand circle and his powerful shot flashed past Ilya Sorokin’s glove. 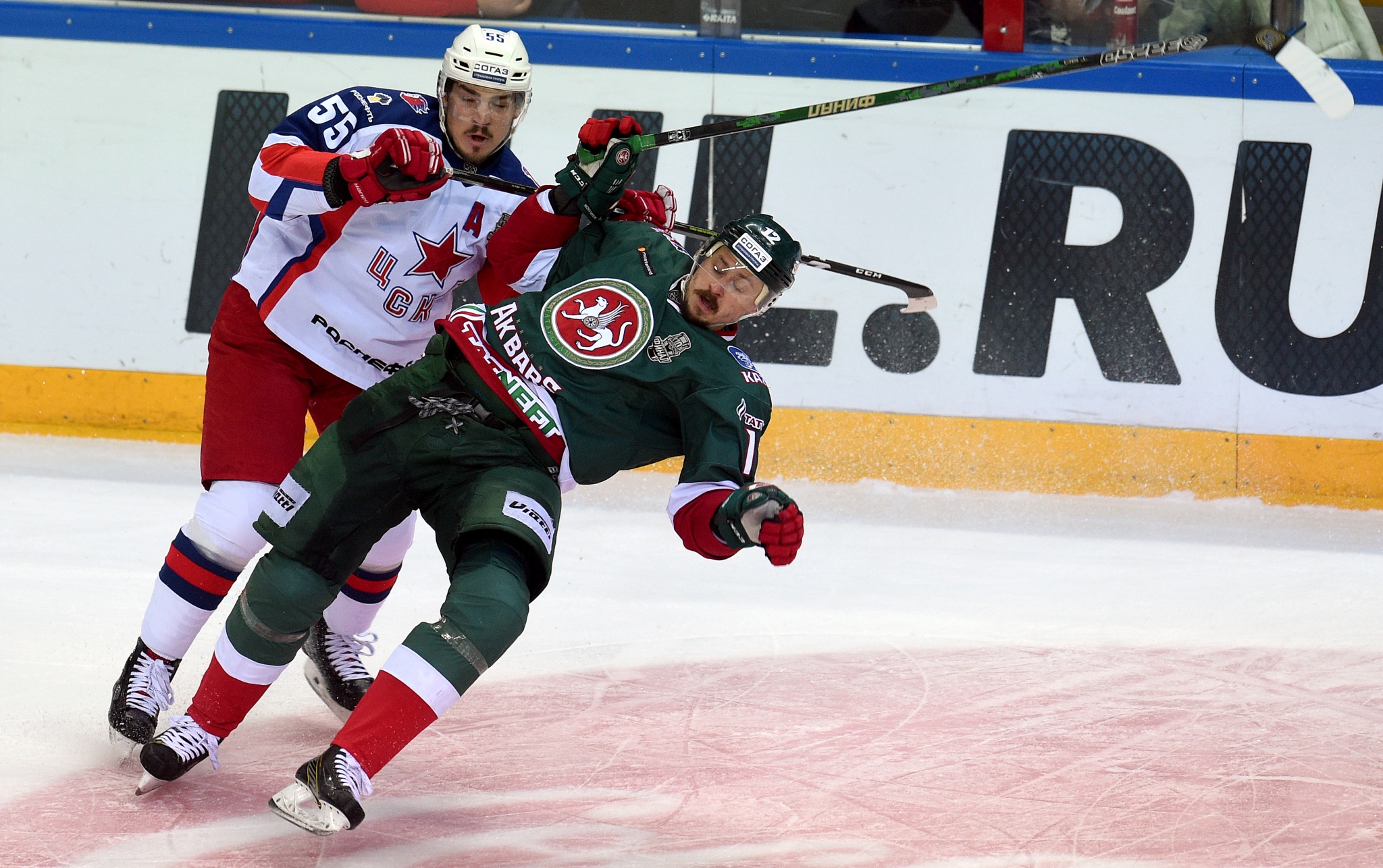 In that first game, Ak Bars did not incur a single penalty. However, when Alexander Burmistrov became the first Kazan player to visit the box, CSKA was quick to take advantage. The Army Men’s power play was not spectacular, but in the end it was effective. Bogdan Kiselevich moved forward from the point, saw that Emil Garipov was dropping into a sitting position and launch an unstoppable effort from the top of the circle. Klinkhammer’s efforts to block the attempt were in vain; with Garipov wrong-footed, the puck flashed into the net off the underside of the bar to tie the game. For the Russian international D-man, that was his first goal of the season – a case of rising to the big occasion.

The duel between Klinkhammer and Kiselevich was reprised in the second period. Ak Bars’ Canadian forward had already failed to convert a decent chance on the power play when he got another good look at Garipov’s net. Mikhail Glukhov’s drop feed presented Klinkhammer with the puck on the right-hand face-off dot, and the former Dinamo Minsk man zinged home a wrister that evaded Kiselevich’s attempts to shut down the shooting lane and flashed inside the top corner. Klinkhammer, denied by the piping in the opening game, can also deliver when the stakes are high.

The home team believed it had extended its lead early in the third period, but Danis Zaripov saw his attempt ruled out for a kicking motion. Zaripov chased down a rebound from the boards, but fanned his initial backhand shot. Sorokin padded the puck away and the forward forced home the rebound but the video suggested he sidefooted the disc into the net, soccer-style, and the goal was disallowed.

Neither side would come as close again. Ak Bars defended cautiously but effectively; CSKA, unable to call a time-out after unsuccessfully challenging Klinkhammer’s goal, could not find the creative spark to change the game. With a travel day ahead before the Army Men continue the series on home ice, Igor Nikitin and his team will be eager to find a way to break down this effective Ak Bars rearguard and get back into this series.