CSKA and Jokerit made history when Game Five of their Western Conference Semi-Final went to a fifth period of overtime. By the time Mika Niemi won it for the Finns, the clock showed 142:09 and more than six hours had passed since the teams faced off in Moscow. That made it the longest game in KHL history, ahead of the 126 minutes it took Donbass Donetsk to beat Lev Prague back in 2014. Jokerit’s win kept the series alive, but only for one more game: CSKA overcame tired legs to win 4-3 in Helsinki when the next game started – less than 40 hours after Niemi’s goal – and took the series 4-2.

The epic battle saw Jokerit’s Karri Ramo set a KHL record of 83 saves on the night – for context, his opposite number Ilya Sorokin made just 81 saves in four games as CSKA beat Spartak in the opening round of the playoffs.

CSKA’s win sends it to a Western Conference Final against SKA – the third time in four seasons that the KHL’s two Army clubs have met at this stage. And history suggests it could be a bit special. Back in 2015, Vyacheslav Bykov’s SKA took on one of his former clubs and made a little bit of history. CSKA jumped to a 3-0 lead in the series, only for SKA to become the first, and so far only, KHL club to reel off four successive victories and save a series that seemed lost. The Petersburg team went on to lift the Gagarin Cup for the first time, overpowering Ak Bars 4-1 in the final.

Fast forward 12 months, and CSKA again jumped to a 3-0 lead. Normally, that would feel like the end of the story, but there were some awkward memories of the previous year for Dmitry Kvartalnov’s team to cope with. This time, though, there was no mistake. CSKA won game four and completed a series sweep of the defending champion. The Muscovites were hot favorites to become the first regular season champion to go on and win it all – but Sergei Mozyakin’s Metallurg had other ideas, winning a thrilling final in seven games. 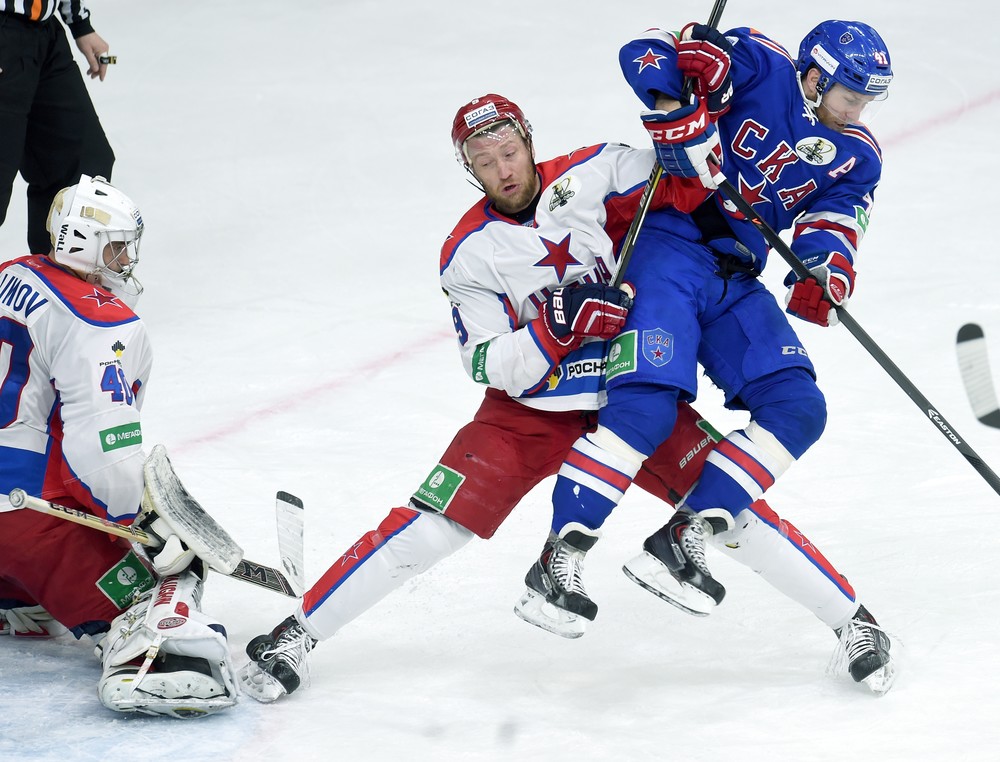 Traktor’s Vitaly Kravtsov continues to light up the playoffs as his team battles with Salavat Yulaev in the Eastern Conference Semi-Finals. The 18-year-old forward moved on to 12 points in this post-season, overtaking Alexei Yashin, Evgeny Kuznetsov and Valery Nichushkin as the most productive juniors in Russian playoff hockey. He still trails Maxim Afinogenov (16 points) and Evgeny Malkin (15) from the pre-KHL era, but is out in front among players in this league. Meanwhile, both Kravtsov and Eeli Tolvanen reached six post-season goals, tying them with Nichushkin’s KHL goalscoring record for a junior in the playoffs. Tolvanen won’t be able to add to his tally follow Jokerit’s exit; Kravtsov has at least one more chance on Tuesday night when Traktor plays its decider in Ufa. 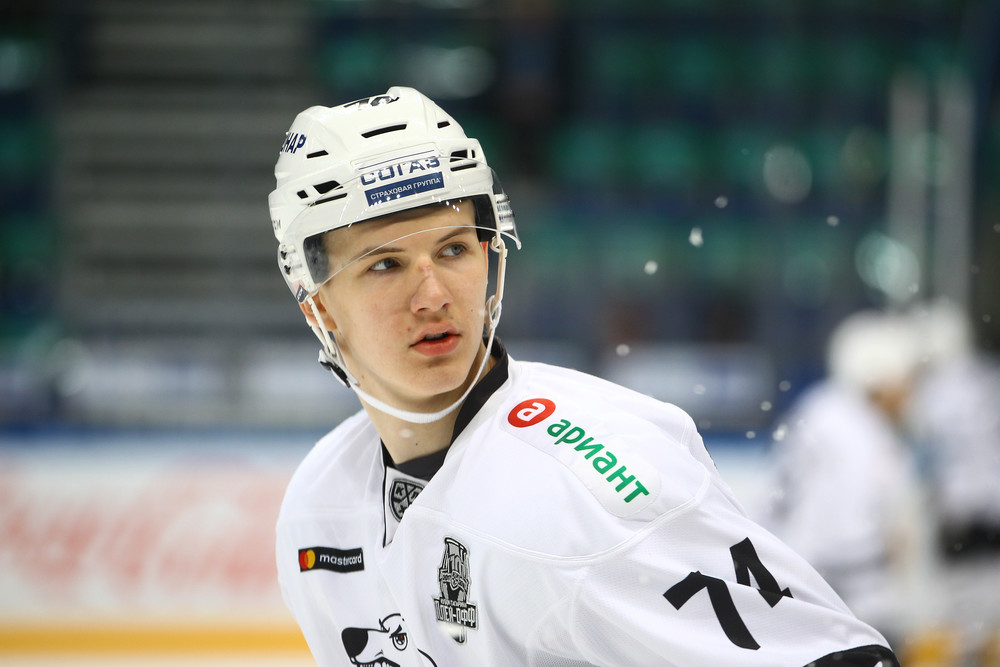 Every player suffers a goal drought from time to time. Russia’s Olympic hero, Kirill Kaprizov, recently ended a dry spell of 17 games – and did so in some style, knocked to his knees but still finding the net against Jokerit. However, few players can match Alexander Shinin’s wait for a goal. The Traktor defenseman, a player whose record rather defines the term ‘stay-at-home’ went 182 games without a goal after he netted for Severstal in September 2013. The drought finally ended on Sunday, when he scored in Traktor’s 7-1 drubbing of Salavat Yulaev. It was also Shinin’s first playoff goal since 2013, when he scored once in 10 post-season games to help Traktor to its only Gagarin Cup final. 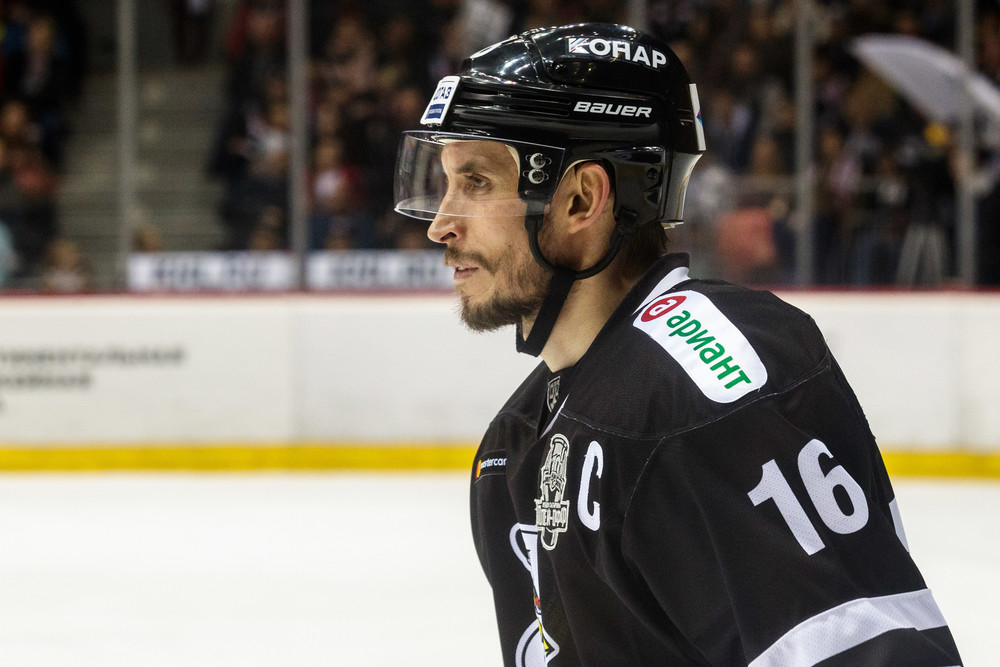 Ak Bars avenged last year’s playoff loss to Metallurg Magnitogorsk – thanks in no small part to one of the players that tormented it a year ago. Danis Zaripov scored six points in the four games he played against Magnitka, a big contribution towards his team’s 4-1 series win. Metallurg only victory came in the game Zaripov missed, showing just how great an impact the veteran forward had on this series. Zaripov’s strike partner Justin Azevedo also had a big series, getting among the points in every game and bossing the series-breaking 5-2 win in Magnitogorsk in game three with a goal and three assists. The Canadian is up to 15 points in this year’s playoffs, his best since he helped Lev to the 2014 final.