It's a knockout! Eight of the greatest playoff series

As the remaining clubs approach the halfway stage on the journey to the Gagarin Cup final, we take this opportunity to recall some of the most exciting and unpredictable series we have witnessed over the ten seasons of the KHL.

To select a shortlist of the best playoff series in the history of the League is a thankless and impossible task, as no two people would ever choose the same criteria, let alone the same list of finest battles, so we settled on eight encounters which stand out from the rest regarding performance, passion, goals, and intrigue. 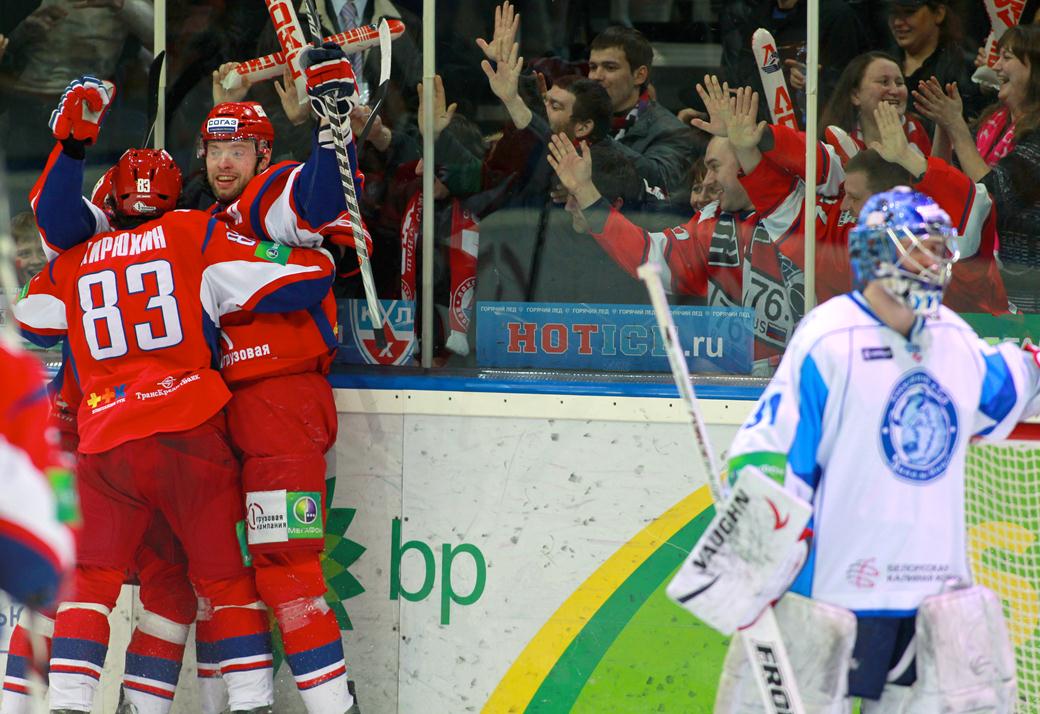 Seven years have passed and much hockey drama has come our way since this mini-classic in the first knockout stage of the third KHL season, but it would be shame to forget this engaging encounter between the men of Yaroslavl and those from the Belarusian capital, which served up such a feast of swashbuckling, attacking hockey. It was a match-up between the Western Conference champion and the team which scraped through in 8th place, but it was the most evenly-fought battle of the round. Over the seven matches, the teams shared 45 goals, and for a long time this contest held the record for the highest aggregate score in a series. The tone was set in the opening game, with Vladimir Vujtek's Railwaymen enjoying a 7-4 victory over Marek Sykora's men, with both head coaches replacing their goalies in a vain attempt to stem the raging tide of goals, and the contest was finally settled by a six-goal blitz in Game 7. An air of sadness hangs over recollections of this great exhibition of positive hockey - this was Lokomotiv's last playoff campaign before the team perished in the air crash in September of that year. 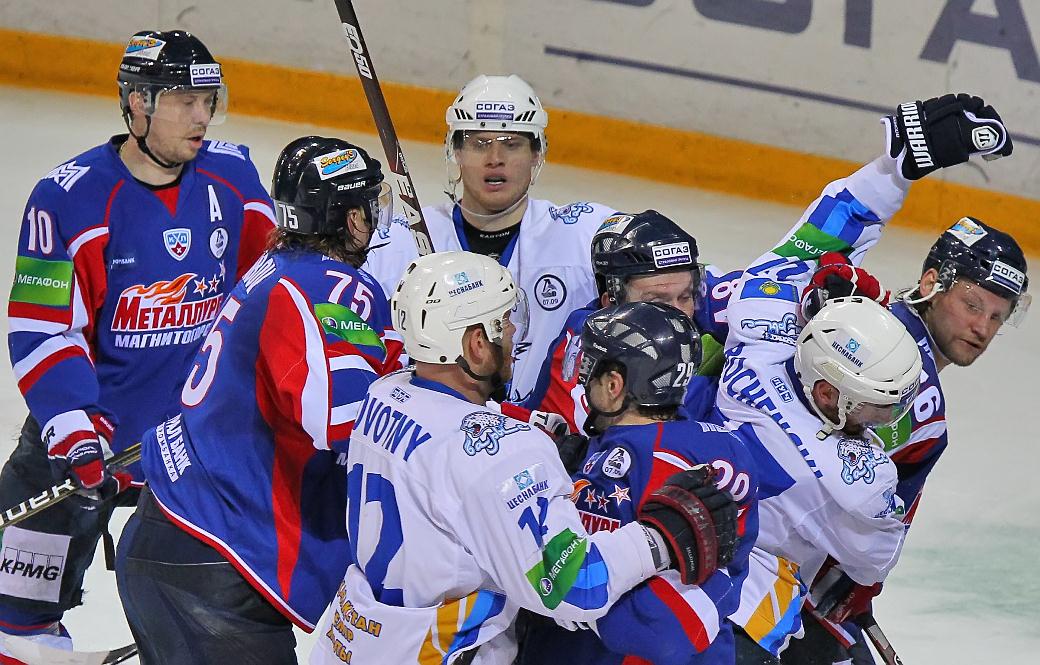 In 2012, the Metallurg Magnitogorsk club museum still did not display a single Gagarin Cup, and the Mozyakin – Kovar – Zaripov line was yet to terrorize defenses across the two continents. Of that fearsome threesome, only Sergei Mozyakin, fresh from his heroics with Atlant, had arrived in the Urals, but the men from Steel City had every reason to go into this Conference quarter-final with confidence. Standing in their way was Barys Astana, who had not won a single playoff match, let alone a series, during the League's first three seasons, and Game 1 duly went the way of Metallurg. But then Barys, with Boyd, Dawes and Bochenski on the prowl, recorded a 4-1 win in Game 2, and showed it was no fluke by following up with a 3-2 and another 4-1, and suddenly the favorites were facing an early summer vacation. Metallurg desperately needed some steel in their play, and the men of experience - Maxim Sushinsky, Sergei Mozyakin and Daniil Markov – took turns in providing it. In an amazing turnaround, Magnitogorsk posted three successive and dramatic overtime wins to take an unforgettable series. 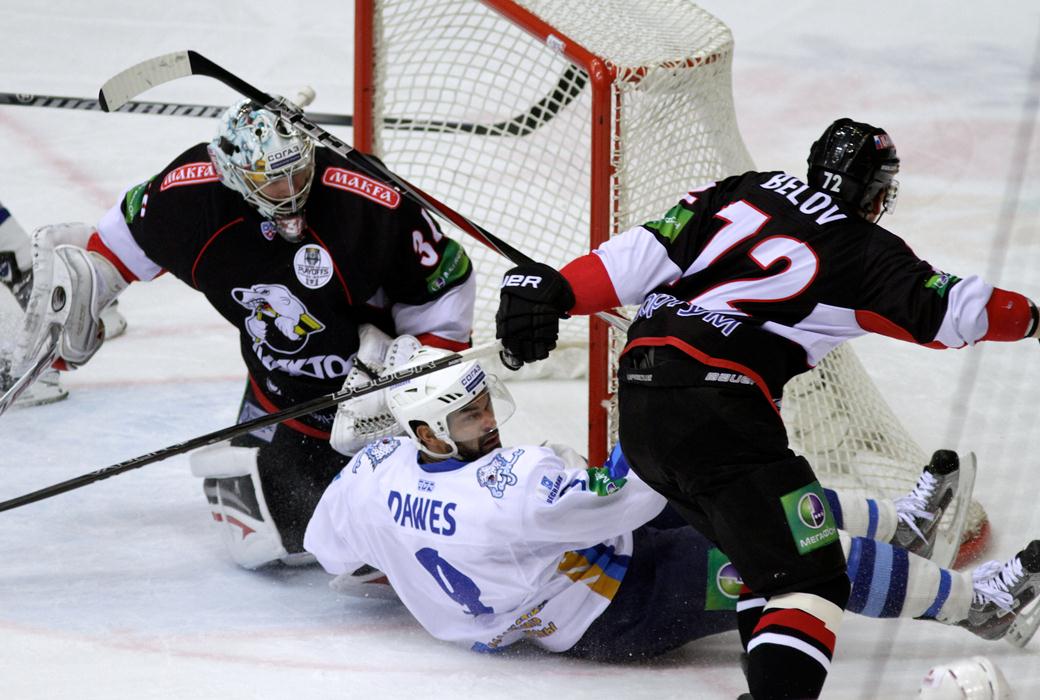 This season's epic struggle between Salavat Yualev and Avangard so impressed hockey devotees that many rushed to the computers and bookshelves to check if it had been the highest-scoring series in KHL history, but their research led them to this absorbing Traktor-Barys encounter of five years ago. This series could have been the only sporting event in history to be postponed due to an extra-terrestrial attack on planet Earth, but fortunately, the famous meteor shower which struck Chelyabinsk in the preceding days had left the Arena Traktor relatively unscathed. There was a hint of the drama to come when the eventual finalists lost the first two matches at their Chelyabinsk home, allowing nine goals in the process (Nigel Dawes was in particularly rampant mood, scoring four in Game 2). Having worked on and patched up some of the holes in their defense, Traktor rolled over Barys in Astana, recovering from 0-2 down in Game 4 to win 3-2 and level the series at two victories apiece, and then forged ahead with a 6-3 triumph on home ice. A Dawes double helped Barys hit back with a 4-2 win in Game 6, but with Petri Kontiola in unstoppable form, Traktor took the Game 7 spoils with a rip-roaring 5-3 victory. 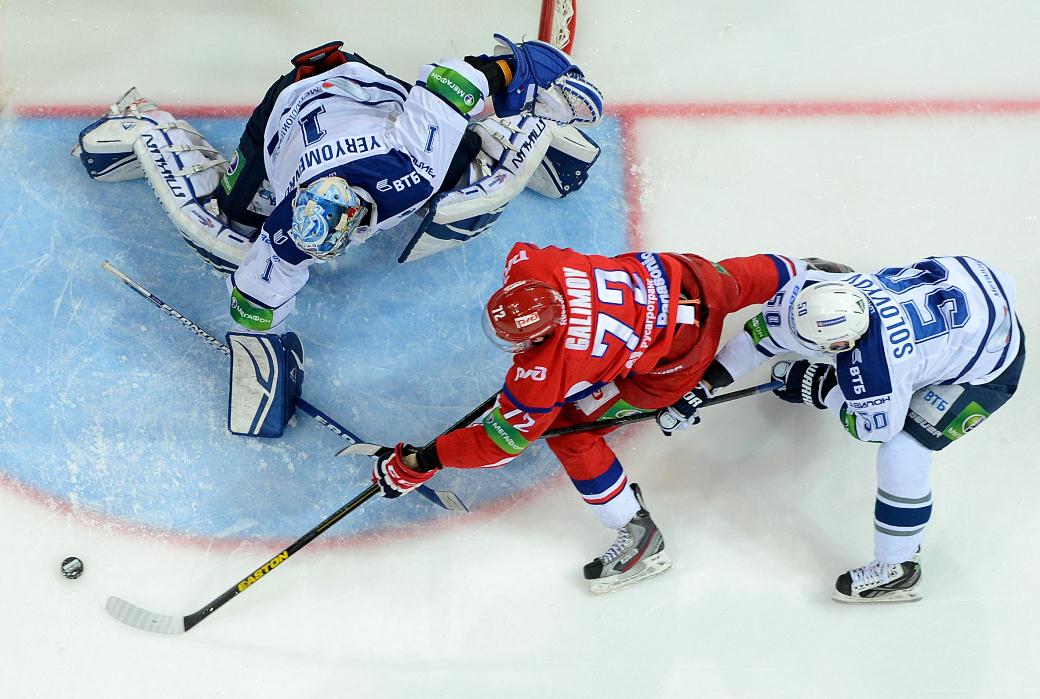 Who would have thought that Oleg Znarok's farewell to Dynamo Moscow would be brought about by such a turn of events? The great coach had led his charges to capture two consecutive Gagarin Cups, and no-one reading this needs reminding that ahead of him lay a glorious future. It was the opposite story with the opposition: Lokomotiv had grappled with coaching problems all through the regular season, and after three changes of leadership the Railwaymen had just enough steam to slowly arrive in the playoffs in eighth place. Few believed the Yaroslavl team would provide anything other than useful match practice for the reigning champion, and victory for the Muscovites in the first two games seemed to confirm all the pundits' suspicions. However, Dave King had set to work, fine-tuned the Lokomotiv engine, and had had turned an over-cautious collective into a fearless fighting unit. With Sergei Plotnikov and Yegor Yakovlev in majestic form, they tore up the script and recorded a shock series victory – one which proved too much for the Muscovites' management to bear. Dynamo's loss was SKA's (and Team Russia's) gain. 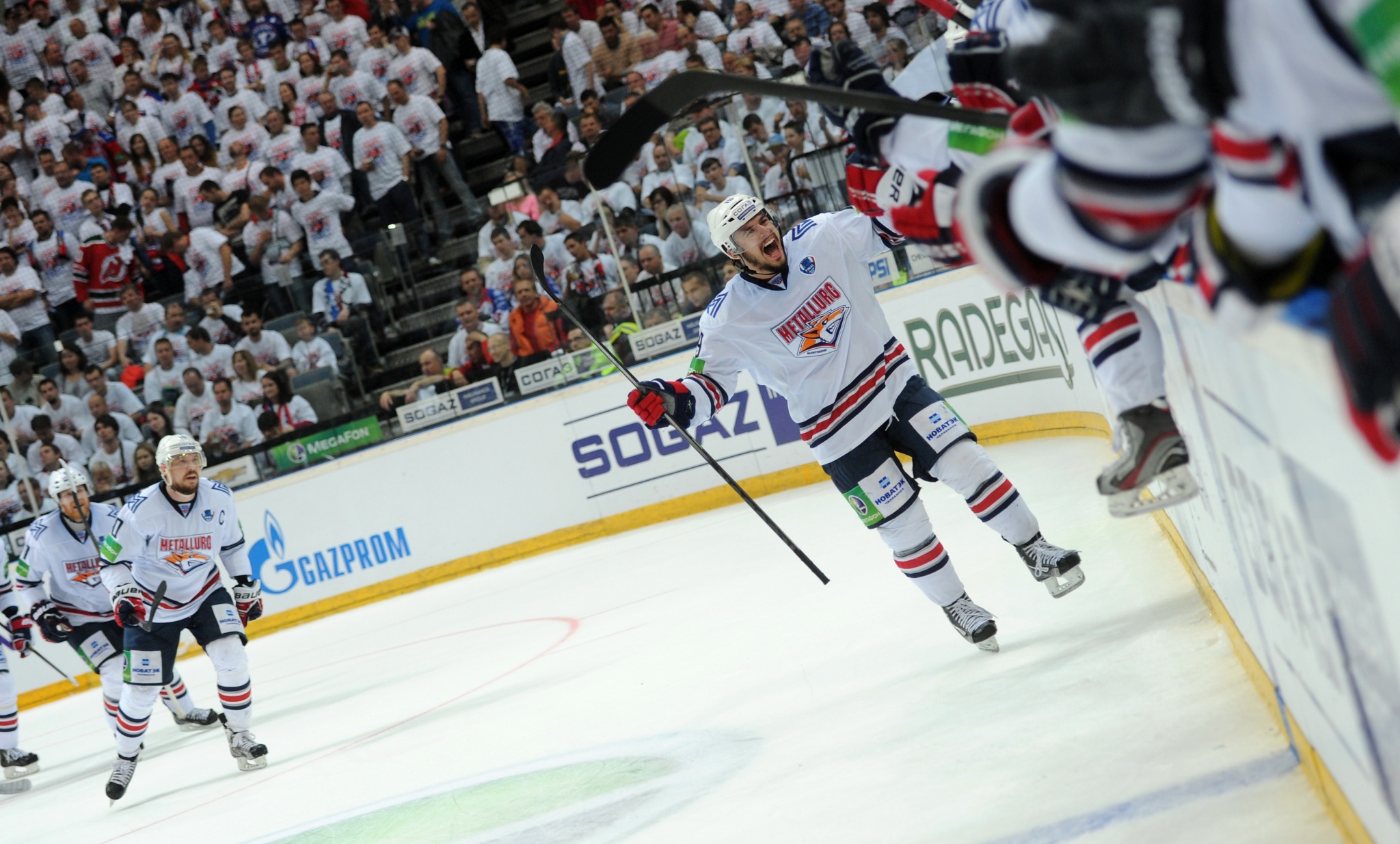 The Lokomotiv charge through the playoff campaign of season 2013/2014 finally ran out of steam when they encountered the cheeky newcomers from Prague. Some history buffs noted that it was not the first time a Czech Legion has caused mischief across Russia, but another nickname, the International Brigade, was a closer fit for the team from Bohemia. In a manner which would impress any Magnitogorsk metalworker, a multinational collective was welded together and forged into a highly-disciplined unit which came agonisingly close to conquering one of the giants of Russian hockey. The clash of cultures and styles gave us what was probably the finest of all the Gagarin Cup finals, and even the decisive Game 7 – traditionally a tense affair in which both teams prowl and wait for a single, decisive, championship-losing mistake – was a swashbuckling 7-4 win for the Men of Steel under the guidance of Iron Mike Keenan. Sadly, this brilliant series was to be the Lions' swan song. 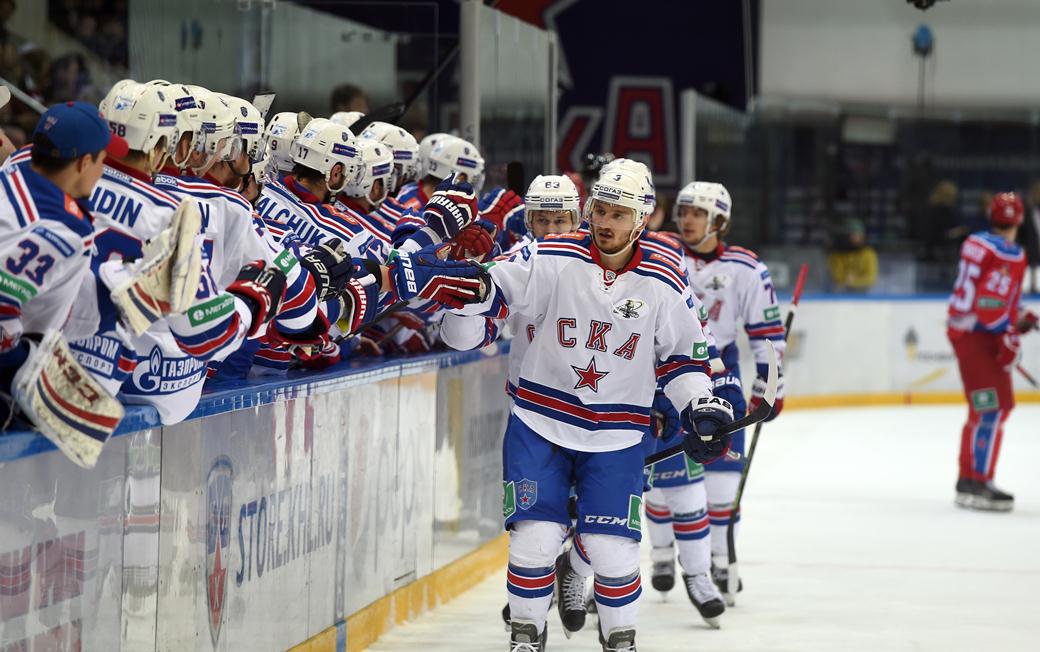 If anyone should claim that SKA's journey to eventual Gagarin Cup glory was a smooth and easy ride, it would be a fine excuse to re-visit this titanic battle between the star-studded Petersburg team and their fierce rivals and fellow Army Men from Moscow. A clash between these two giants in a Western Conference final would linger in the memory even in the absence of any on-ice drama, but this turned out to be one of the most memorable battles of all time. The Muscovites cruised to a 3-0 lead, leaving SKA in an all-or-nothing state as early as Game 4, so few batted an eyelid when the men from the Northern Capital made it 3-1. Then the score was 3-2, and there were suggstions, little more than mere murmers, of a dramatic comeback, and while CSKA's Dmitry Kvartalnov began to tinker, experiment and shake up the lineup, his SKA counterpart, Vyacheslav Bykov, settled for quiet fine-tuning. His team stayed cool, calm, and collected, and achievd the impossible: four wins out of four – including a particularly nail-biting victory in overtime – to complete one of the great fightbacks in sport. Nothing like it has happened, before or since, and the Petersburg lads duly went on to raise the coveted trophy. 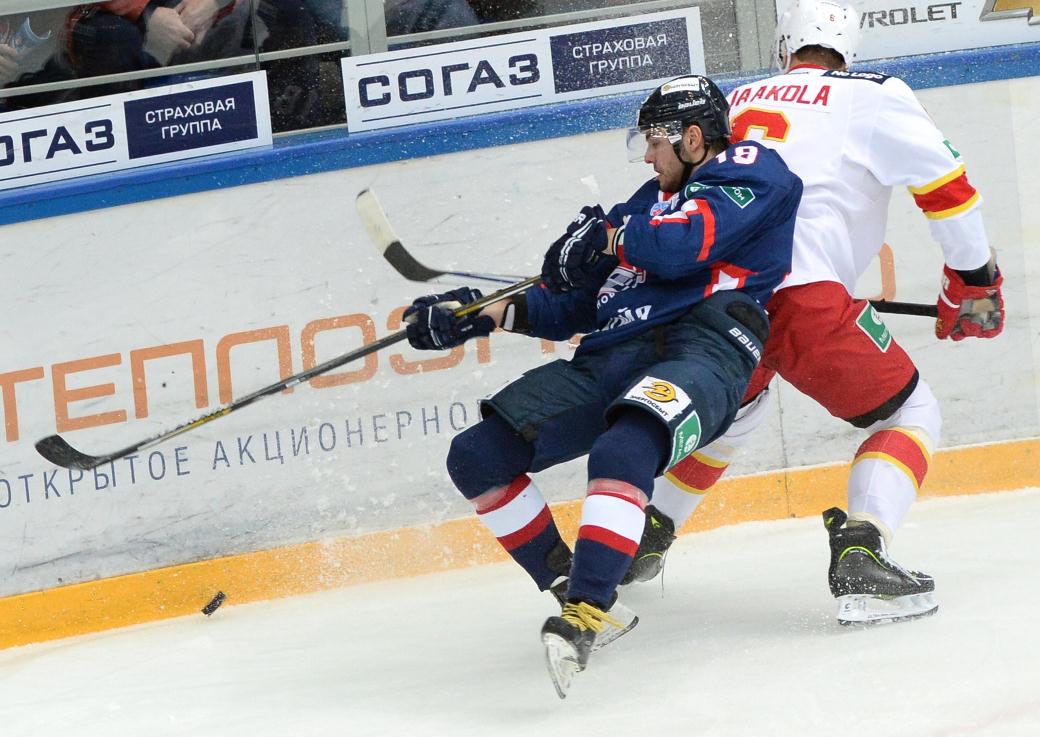 The only one of our greatest-ever collection not to stretch to the full seven games, and probably the only one in which the stand-out factor was a coach, Peteris Skudra, or more precisely, the passion and drive of the coach, which left the most indelible mark on the series. The likeable Latvian specialist, who as a player had stood between the pipes on NHL duty at Pittsburgh, Buffalo, Boston and Vancouver, spent five memorable years in Nizhny Novgorod, and this series was the high point of this chapter in his life. In every other campaign, Torpedo had misfired before reaching the second round of the knockout stage, and the sole exception was this battling, bruising victory over Jokerit. Perhaps the Finns' own pugnacious character brought out the fighting spirit in Torpedo, but whatever the reason, this series was a no-holds-barred, no-quarter-given, not-for-the-faint-hearted slugfest, with plenty of goals, hits, penalties, and the kind of verbals one expects from boxers in pre-fight promos. Skudra felt no need to hide his own emotions, even at the press conferences, and it was the steel and grit he instilled in his players which was the deciding factor in the series. 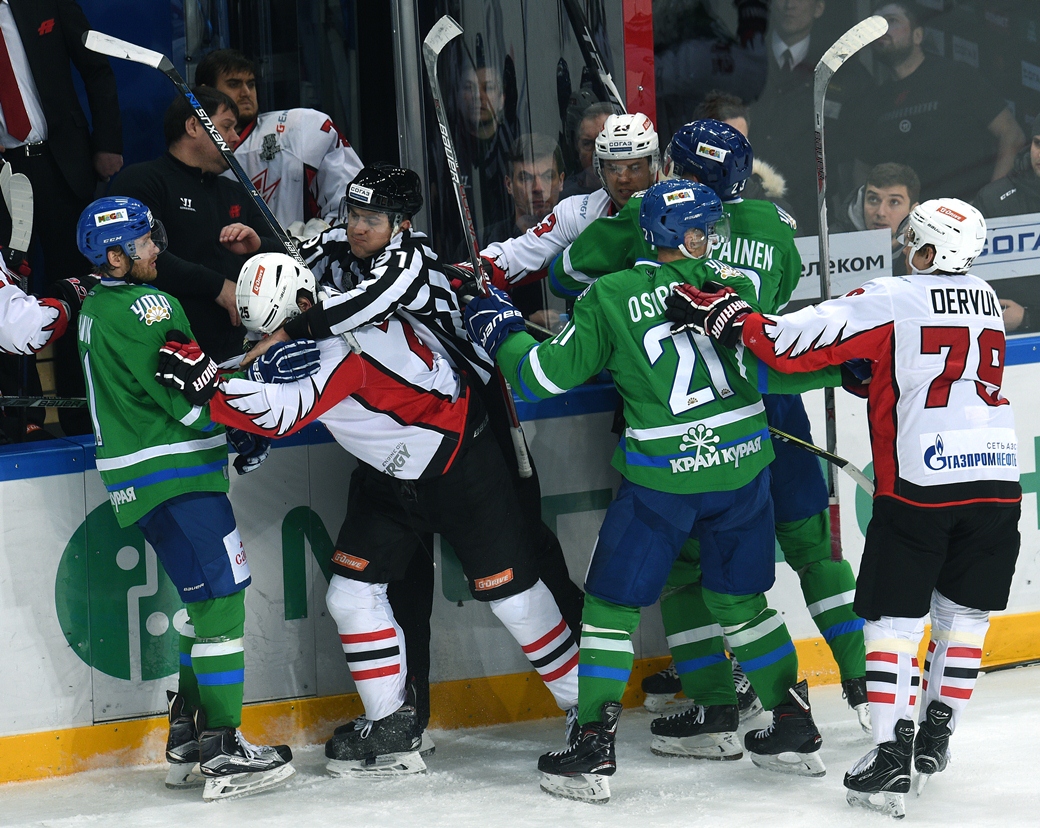 All of which brings us back to the classic confrontation which triggered this nostalgia-fest. Salavat Yulaev, second in the Eastern Conference (albeit by Divisional placing) facing off against Avangard, who had scraped through in seventh spot, but when the action got going, the teams were so evenly matched that one could barely get a cigarette paper between them, and together they produced the second-highest goals tally in KHL history. The Ufa Men came out with all guns blazing, seemingly oblivious to the presence of Mr Pragmatic himself, Erkka Westerlund, on the bench but Avangard deserve at least as much credit for fighting every inch of the way. When the Ufa men took a 2-1 lead on home ice, with a mere 140 seconds of regulation remaining, it was fitting that attack-minded D-man Maxim Chudinov should dramatically prolong Ufa's agony and drag the Omsk men level with 17 seconds left, and just as fitting that the final, decisive strike in overtime should come from Maxim Goncharov, whom Avangard had released with barely a word of regret.