It wasn’t the medal they came for, but a Canadian roster featuring 13 active KHL players rounded out its Olympic campaign with a 6-3 victory over the Czech Republic in the bronze medal game.

Canada rolled to a 3-1first period after a scoring flurry that brought three goals in 31 seconds midway through the frame. First, Andrew Ebbett gave the Canadians a power play lead, but Martin Ruzicka tied the scores almost immediately for the Czechs. Nothing daunted, Canada restored its advantage thanks to Chris Kelly. A further tally from Derek Roy late in the session gave Willie Desjardins’ team a more comfortable cushion as it looked to prove a point following Friday night’s semi-final humbling against Germany.

“If this is the last thing I win, I can retire a happy man,” said Metallurg defenseman Chris Lee, as he proudly clutched his Olympic medal. “A lot of what we talked about before this game was past performances by Canadian teams and the history we have of maybe not showing up for the bronze because it’s always been gold or nothing. 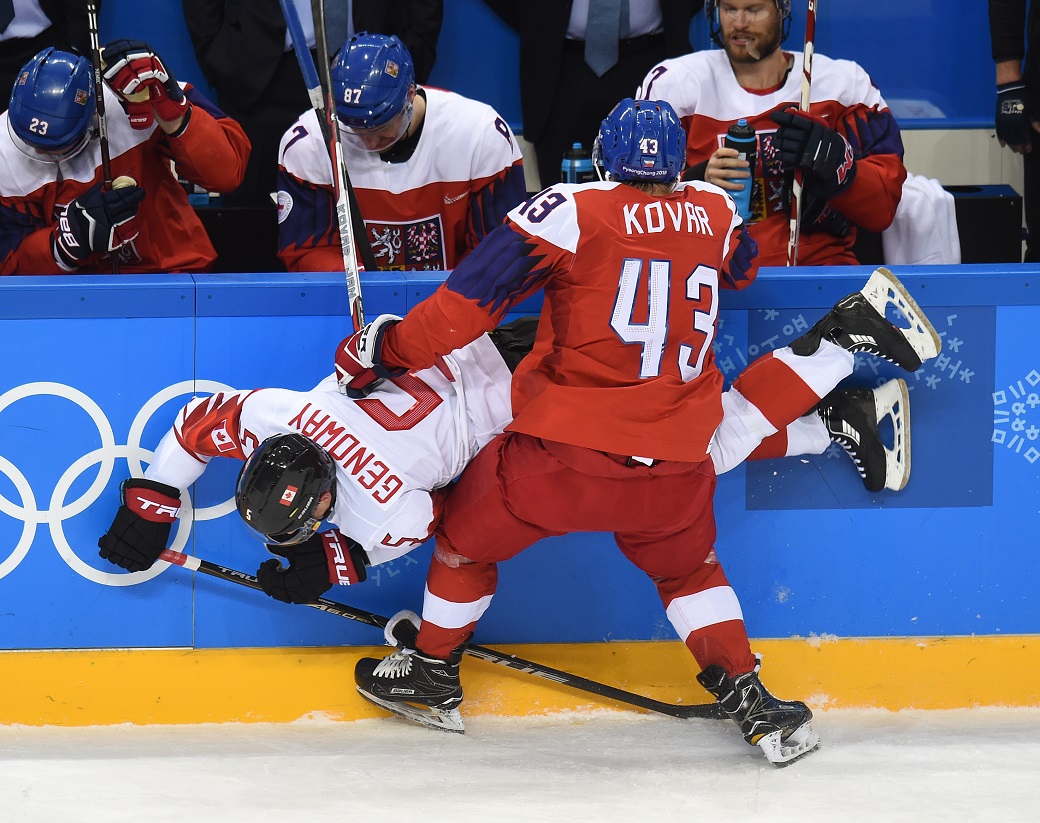 “It’s unfortunate that we looked at that as motivation but you gotta find something to pump you up. I don’t know what the guys thought about last night, it’s tough to get over a loss like that, but everyone came out ready today and we set ourselves up pretty well.”

After a scoreless middle period, Ebbett got his second of the game when he deflected a Brandon Kozun pass beyond Pavel Francouz to make it 4-1. For Loko’s Kozun, it was a second assist of the game. But it was a matter of seconds before Jan Kovar pulled one back for the Czechs as they converted a power play to keep the game alive. However, once Kelly got his second of the game, assisted by Rob Klinkhammer, the Czechs’ hope were over and Canada could at least claim a bronze medal after its golden run came to an end. And when Martin Erat had a goal chalked off following a coach’s challenge, it was clear that the Czech campaign was done. 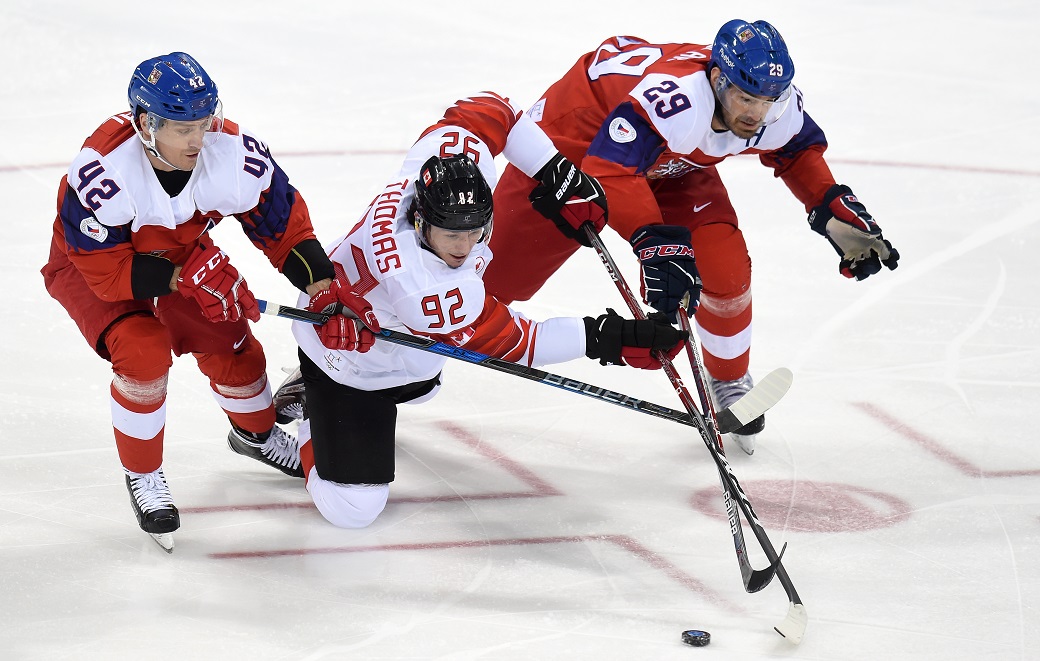 Wojtek Wolski added a sixth, assisted by Quinton Howden, as the Canadians finished off a difficult campaign in some style. There was still time for Roman Cervenka to get on the scoresheet, with the former SKA man swatting home a looping puck after Jakub Nakladal’s shot looped off goalie Kevin Poulin and making it 4-6 as the Czechs threw on an extra attacker late in the game.

But, as Cervenka acknowledged, it was too little, too late. “For us a bronze is great motivation, almost like a gold for some teams,” he said. “We tried to be ready and fight from the start but, like I said, our first period was terrible. We gave them many chances and they scored on us.” 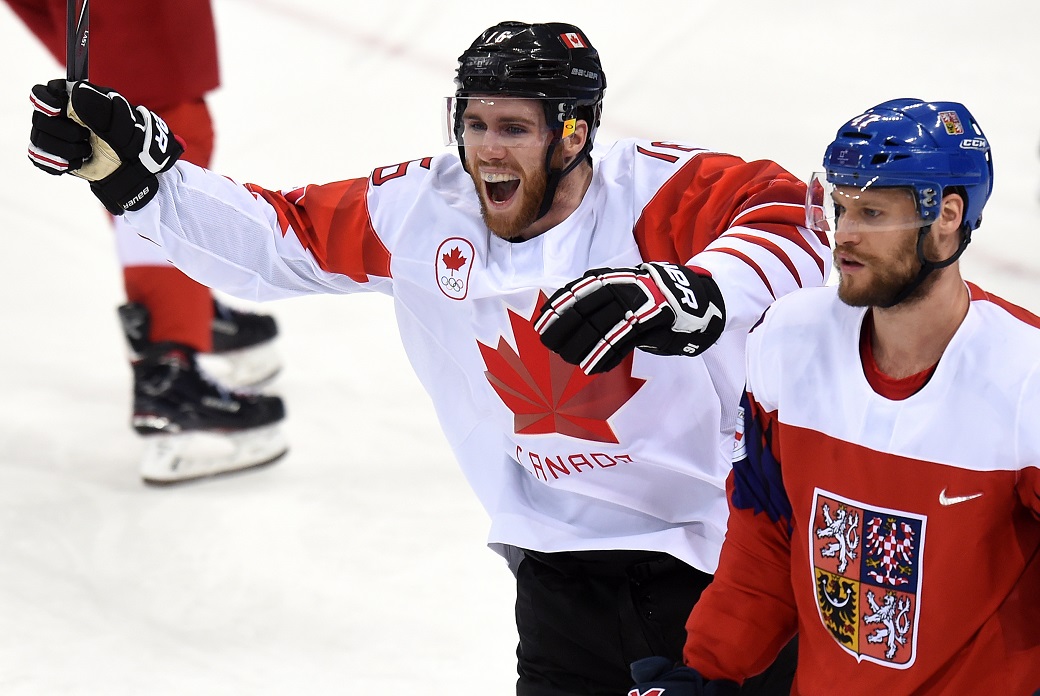 Tomorrow sees the gold medal game between the Olympic Athletes from Russia and the surprise package from Germany.

Despite facing an opponent expected to make little impact in Korea, the Russian players are taking nothing for granted against a team that has already defeated Sweden and Canada on its way to a first ever Olympic hockey final.

CSKA defenseman Bogdan Kiselevich, who spoke of his disappointment after watching Russia’s last Olympic final end in defeat to the Czechs in Nagano when he was a child, insisted that nobody would take Germany lightly tomorrow.

“We can’t say that it’s a joke to play Germany in the final,” he insisted. “That team defeated Sweden and Canada on its own merits, so this is a serious opponent.

“They’re a really mobile, disciplined team,” he said. “They defend well, they don’t allow counter-attacks. Look at the first half of their game against Canada, there was barely a meaningful look at the net for the Canadians.”

As for the Germans, they are lapping up a glorious campaign that ensures they will get a hero’s welcome back home regardless of the outcome in the gold medal game.

Former Admiral forward Felix Schutz felt Germany’s success was down to more than luck. “We might have been a little lucky in games but we’ve always worked hard,” he said. “That was our goal. But this tournament we showed that we can play. We have a good system. We play hockey with confidence. We were leading Canada 4-1 after two periods. We could have scored a fifth on the power play. That shows were in the game for sure.”

And Lee, part of the Canadian team that lost against Germany, had some encouragement for his Metallurg colleagues Vasily Koshechkin and Sergei Mozyakin.

“Leave it all out there,” he said. “You don’t want any regrets, especially in a gold medal game. The Germans are tough, they’re going to battle, they played their butts off against us yesterday. I hope the Russians don’t take them lightly, if they get into their game plan right away they’re going to be pretty happy in the end.” 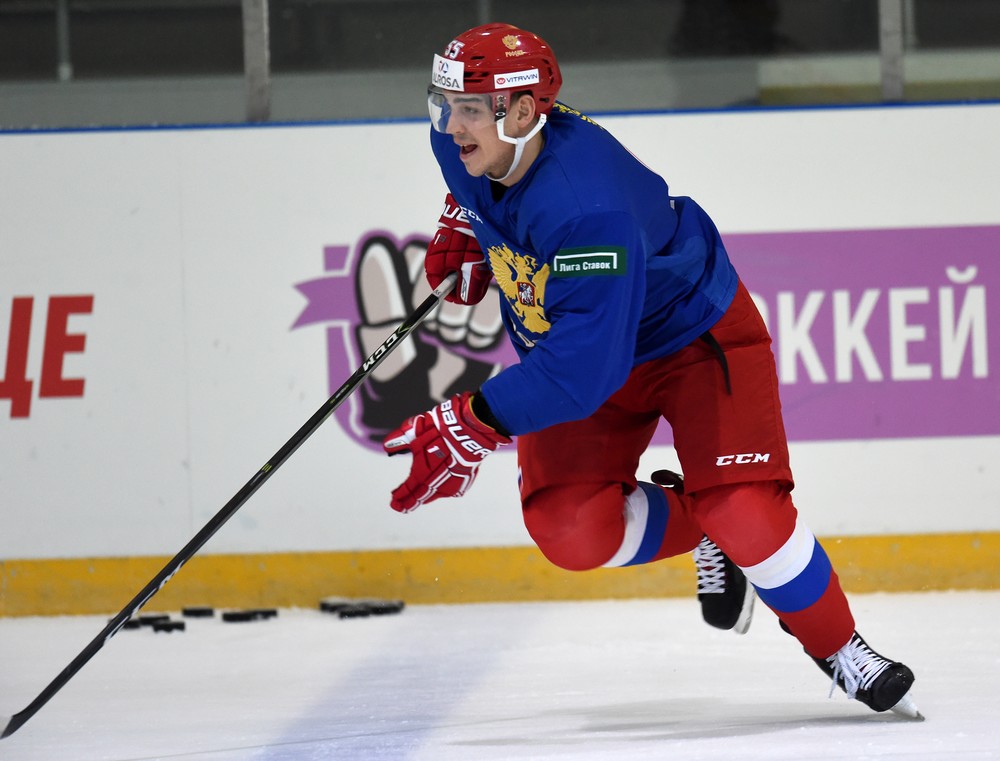