Eeli Tolvanen was Finland’s star once again as the Leijonat downed Korea 4-2, but Slovenia’s Ziga Jeglic was in trouble after a failed drugs test. His country’s day didn’t improve – an overtime loss against Norway ended its Olympic campaign and sent the Norwegians into a QF against Russia.

The build-up to this game was dominated by news that Ziga Jeglic had tested positive for fenoterol, a banned substance and, according to the Court of Arbitration for Sport, was to be sent home from the Games immediately.

The KHL confirmed that Jeglic, who began the season with Torpedo before transferring to Neftekhimik, had not faced a drug test so far this season in the league, and adding that the league’s anti-doping procedures were carried out in partnership with the IIHF and WADA, with the involvement of Sport Accord, the anti-doping convention. The forward has been away on international duty for almost a month.

On the ice, Slovenia took the lead against Norway, but ended up tied 1-1 at 60 minutes. Alexander Bonsaksen got the overtime winner, meaning the Norwegians – Patrick Thoresen among them – will face Russia in Wednesday’s quarter-final showdown.

Thoresen, well-known to Russian fans, admits that his team is a big outsider in the last eight. “Russia is an unbelievable team and they have to be favorites,” he said. “Hockey is not that big in Norway. We won’t be the big story. Back home, they love their cross country skiing!” 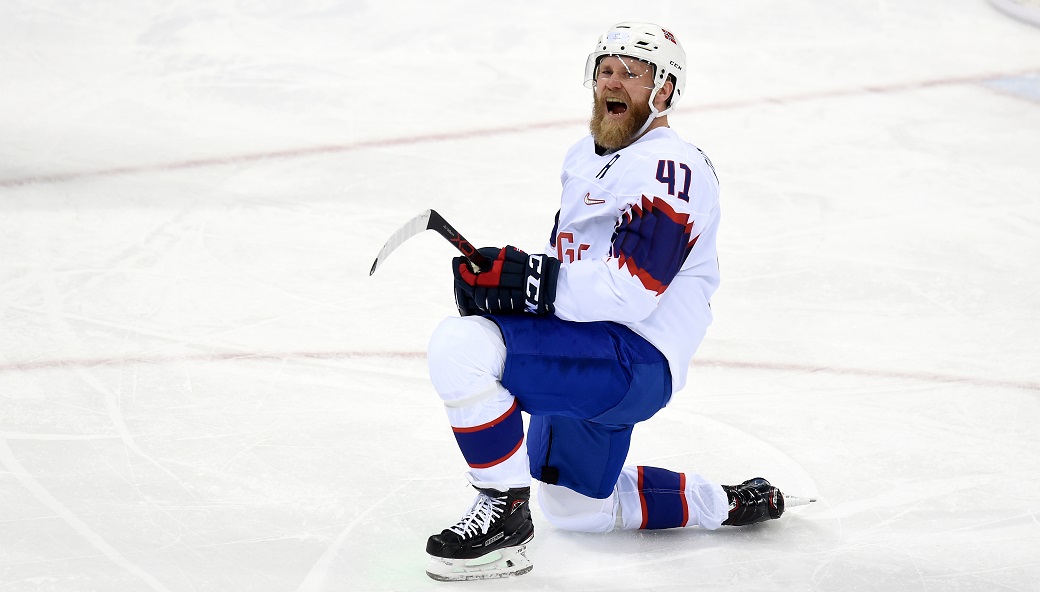 Jokerit’s Eeli Tolvanen was picked as one of the players poised to light up this year’s Olympics – and he hasn’t disappointed. Today saw the 18-year-old delivered another game-winning performance as Finland got past Korea with a 5-2 scoreline.

Tolvanen had three assists, with Petri Kontiola scoring twice and Juuso Hietanen also on the scoresheet. But Korea put up a huge fight, battling back from 0-3 to 2-3 in the second period and earning huge respect for some of the best hockey the country has ever played.

Lokomotiv forward Kontiola was impressed with the Korean fightback. “They played great tonight, I really respect that team,” he said. “I guess at 3-0 we thought it was going to be easy, but it wasn’t.”

Finland progresses to play Canada in the most intriguing match-up of the last eight. And Kontiola warned that there can be no repeat of the lapses that allowed Korea back into this game. “We got to do it better. This is not enough. We wanted to win, we got the win, that's all that matters."

Team USA had a rematch with Group B rival Slovakia – and found things much easier second time around. After edging a 2-1 verdict in the group phase, the Americans powered to a 5-1 victory and moved to a quarter-final meeting with the Czech Republic.

Slovakia’s progress was hampered by Michal Cajkovsky’s ejection from the game for an elbow to Ryan Donato’s head; Donato shrugged off the hit to score twice, while Troy Terry’s three assists orchestrated the USA offense.

Ryan Zapolski, goalie for Jokerit and the Americans, is quietly confident that there’s more to come from this US roster. "We have to win now to keep moving on, so I think that's something that shows how strong this team is and how resilient we are,” he said. "We had our best game today, and I think our best period of the tournament was the third period tonight so it was really important for us to have that type of game." 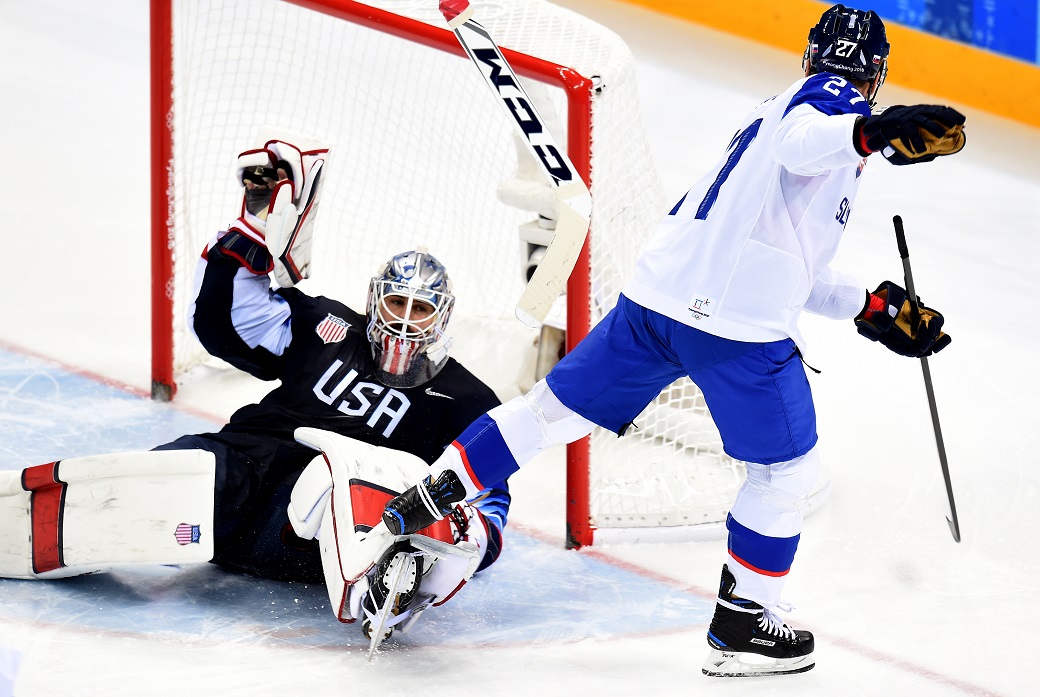 The final qualification round action saw a cagey clash between Germany and Switzerland, with Yannic Seidenberg’s goal 26 seconds into overtime giving the Germans, with former Admiral forward Felix Schutz on the roster, the edge after a 1-1 tie in regulation. For Germany, it’s a first QF engagement since 2002 – Marco Sturm’s team will face Sweden for a place in the medal games.