Praise for China, prospects in Korea? The KHL in PyeongChang

IIHF President Rene Fasel praised the work that China is doing within the KHL as it builds to the 2022 Olympic Winter Games in Beijing – and hinted at the possibility of a Korean team joining the competition to consolidate the success of the on-going tournament in PyeongChang.

Speaking at a press conference on Monday morning ahead of the women’s semi-finals, Fasel highlighted the efforts that Chinese hockey is making ahead of its ‘home’ Olympics.

“In China they are preparing for the 2022 games with two teams playing in pro women’s hockey leagues,” Fasel said. “The Chinese are working very hard now. They have a team in the KHL, two teams in the lower league in Russia and a junior team playing there.”

Fasel has been so impressed with the contribution that Kunlun Red Star is making to Chinese hockey that he would like to see a similar project in Korea to build on the interest generated by the current Olympics.

“In the past we’ve had situations where the organisers have built a team for the Olympics but then it disappears,” he said. “We saw this in Torino, it was a little bit the same in Albertville in 1992. To be sustainable, we need a strong domestic competition.

“We have a Chinese team in the KHL, so why not have a men’s team from Korea in the KHL? Just to keep up the level in Korean hockey. We are working on that with the Chinese, and we will try to get Korea on the same path.”

At present, Korea’s top teams play in the Asia Hockey League, a cross-border competition that involves teams from China and Japan as well as 2018 regular season champion HC Sakhalin from Russia. Anyang Halla, Korea’s top team, became the first to break the Japanese stranglehold on honors in that tournament with victory in.

The country’s immediate plans include the development of a national junior league to develop more local prospects. Given time, it is hoped that this might make Korea’s national team – which is also set to contest its first ever IIHF World Championship elite pool in Denmark in May – more competitive at the top level of international hockey and, potentially, supply players for a flagship Korean club in a high-level cross-border league.

Five players on Korea’s Olympic roster got experience in the Finnish second tier, but the country has not exported many of its prospects to Europe or North America in the past. 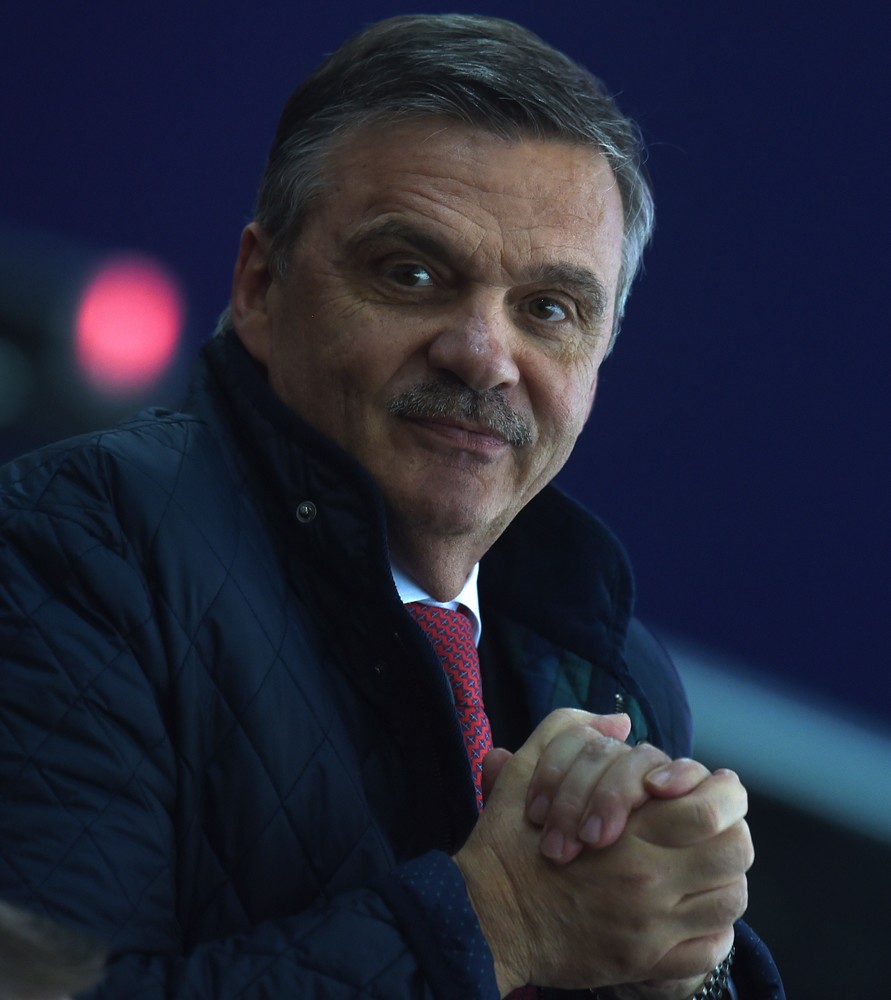 Russian women lose out in semi-finals

Russia’s women battled hard in their semi-final against defending Olympic champion Canada, but could not upset the form book and suffered a 0-5 defeat.

The Canadians made a great start, opening the scoring in the second minute through Jennifer Wakefield, but were unable to runaway with the game in the manner many had expected. Russia’s goalie, Valeria Tarakanova, was in good form between the piping and it wasn’t until early in the second frame that Canada extended its advantage when Marie-Philip Poulin added a second.

Despite more resilient defense, the Russian girls couldn’t find a way back into the game: Yelena Dergachyova had a great chance to score on Shannon Szabados when it was still a one-goal game in the first period, but got her angles wrong when an open net beckoned and the goalie was redeemed. After that, Canada had little trouble holding the opposition at bay.

“We played better than in the group game,” said Anna Shokhina. “We tried to be more aggressive, we created more chances. If we'd scored that one into the open net maybe things would have been different.”

The start of the third period brought another quick goal for Canada, with Wakefield on target again. And now the floodgates opened; Emily Clark made it 4-0 31 seconds later and the game was well and truly gone. A power play goal late on from Rebecca Johnston saw the Canadians repeat their 5-0 scoreline from the group stage.

However, there was anger from the Russians about an incident that saw Shokhina take a stick to the throat. The forward was not badly injured and returned to the game, but she and her team-mates were unhappy that there was no penalty called on the Canadians.

“The refs have got to look at things like that,” said head coach Alexei Chistyakov. “We should have fair play, that's why there are four officials on the ice. I don't want to say any more, you all saw it.”

The Olympic Athletes from Russia still have a chance of bringing home their first ever women’s hockey medal from the Games. On Thursday, the team faces Finland in the bronze-medal game at Kwandong Hockey Centre.

Captain Olga Sosina said: “It's all or nothing now. In the first game against the Finns, it was clear that we need to take fewer penalties, get more shots off and really battle for every rebound.” 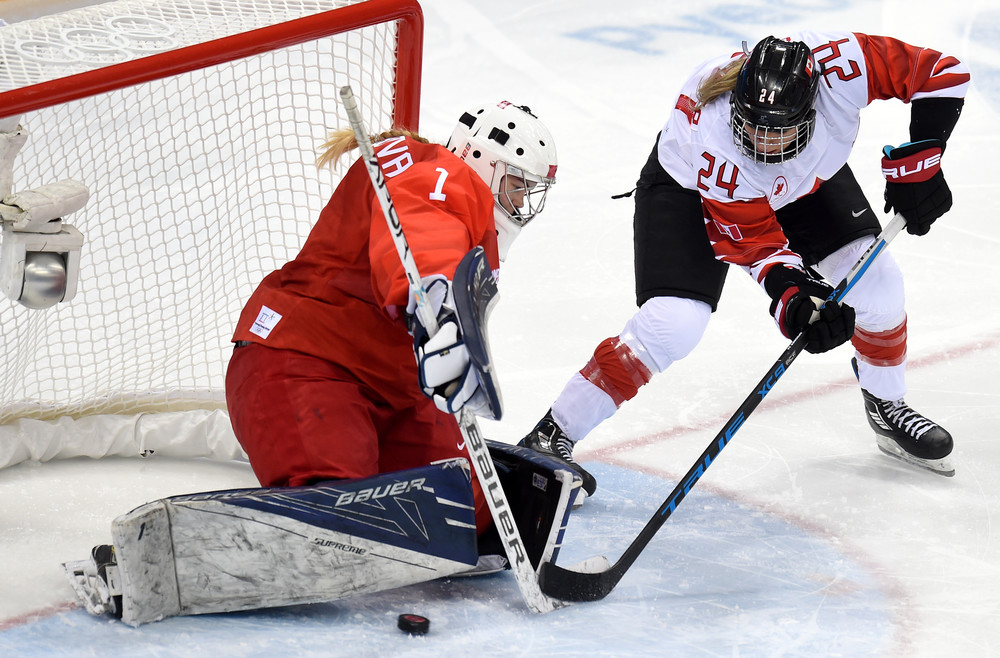 In the concluding Five Nations match, the under 18 Russian national team lost to Sweden 2:3. Kirill Marchenko and Ivan Morozov scored the only two Russian goals in the match, but the Swedes came back with three of their own to claim a 3:2 victory.

Russia U18 finished on the second place after 2 wins and 2 losses. USA U18 won the competition.

Sibirskiye Snaipery from Novosibirsk became the third team from Eastern Conference to guarantee themselves a place in Playoffs. Belye Medvedi and Avto also clinched their playoffs spots. 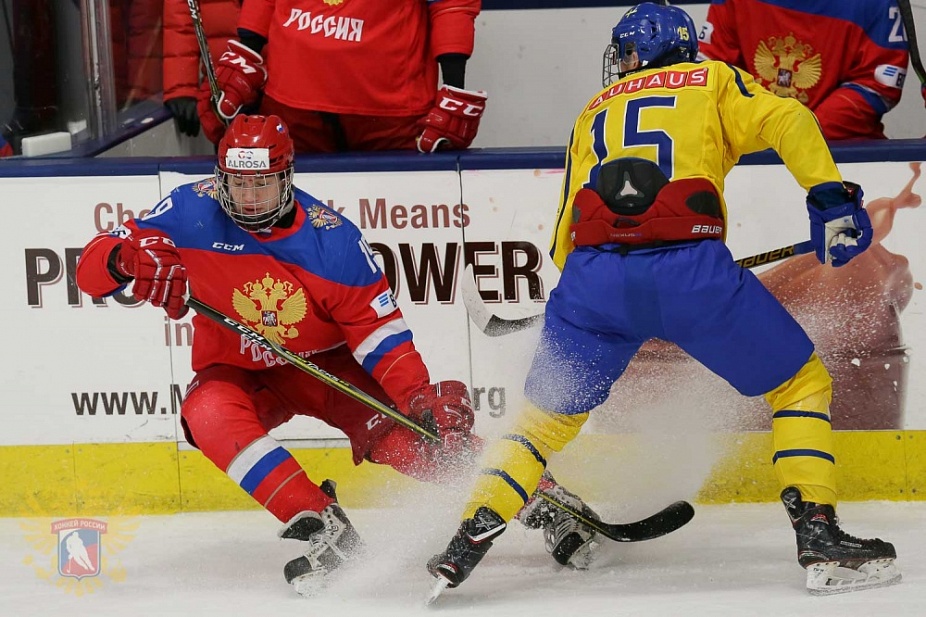