Double joy for Russian men and women – the KHL in PyeongChang

The latest instalment of the big Trans-Atlantic rivalry ended in a comfortable victory for Oleg Znarok’s Russian team. A 4-0 scoreline reflected the superiority the Olympic Athletes from Russia all over the ice on a night when Ilya Kovalchuk became Russia’s all-time leading scorer in Olympic play.

Kovi scored twice, taking his career Olympic tally to 13, out in front of Pavel Bure’s tally of 11. He also went to the top of the 2018 Olympic scoring charts. More importantly, the win took Russia to top spot in Group B, granting the team a bye to the quarter-final stage. That should ensure the team avoids one of the big guns at the start of its knock-out campaign.

Nikolai Prokhorkin also scored twice, bouncing back from a disappointing ‘-2’ ranking in the Slovenia game. He insisted that he wasn’t left fearing for his place. “I didn’t worry that I’d be out the team, I knew I just needed to go out and play,” he said. “To be honest, I didn’t pay attention to anything that they were writing about the game.” 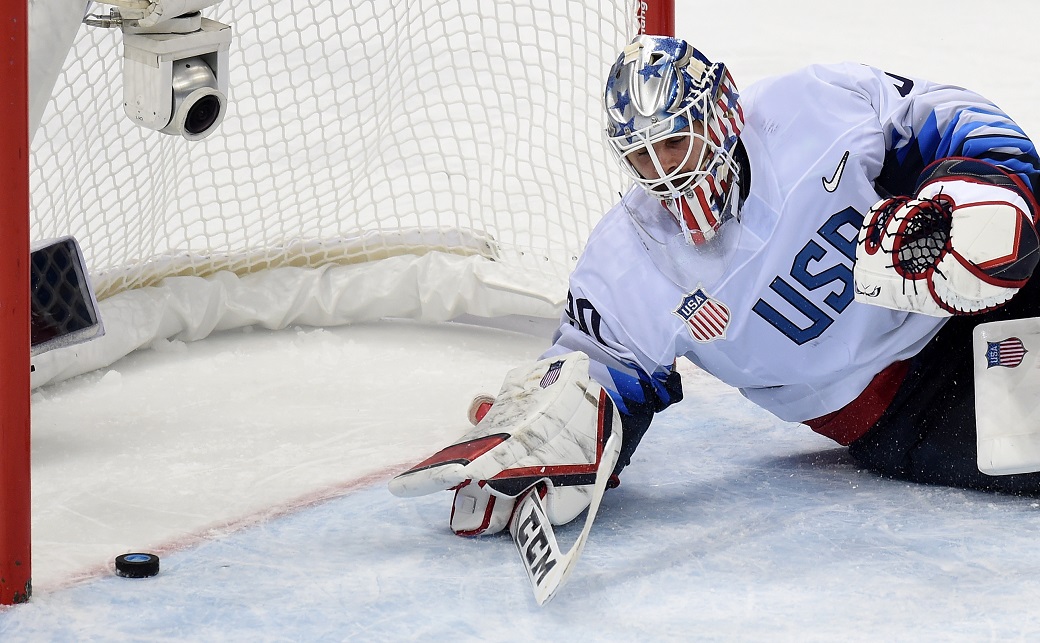 Kovalchuk is now hoping that Russia has changed the script after its Olympic shoot-out defeat to the USA four years ago. Answering a question from a Canadian journalist, he said: “I think, after that game in Sochi, people are still shouting about TJ Oshie’s goals in the shoot-out. Hopefully, now you’ll stop doing that.”

And Znarok was satisfied with his team’s effort, and pleased with the result. “We overcame the Americans in all areas of the game,” he said. “We beat them tactically, and in everything.” 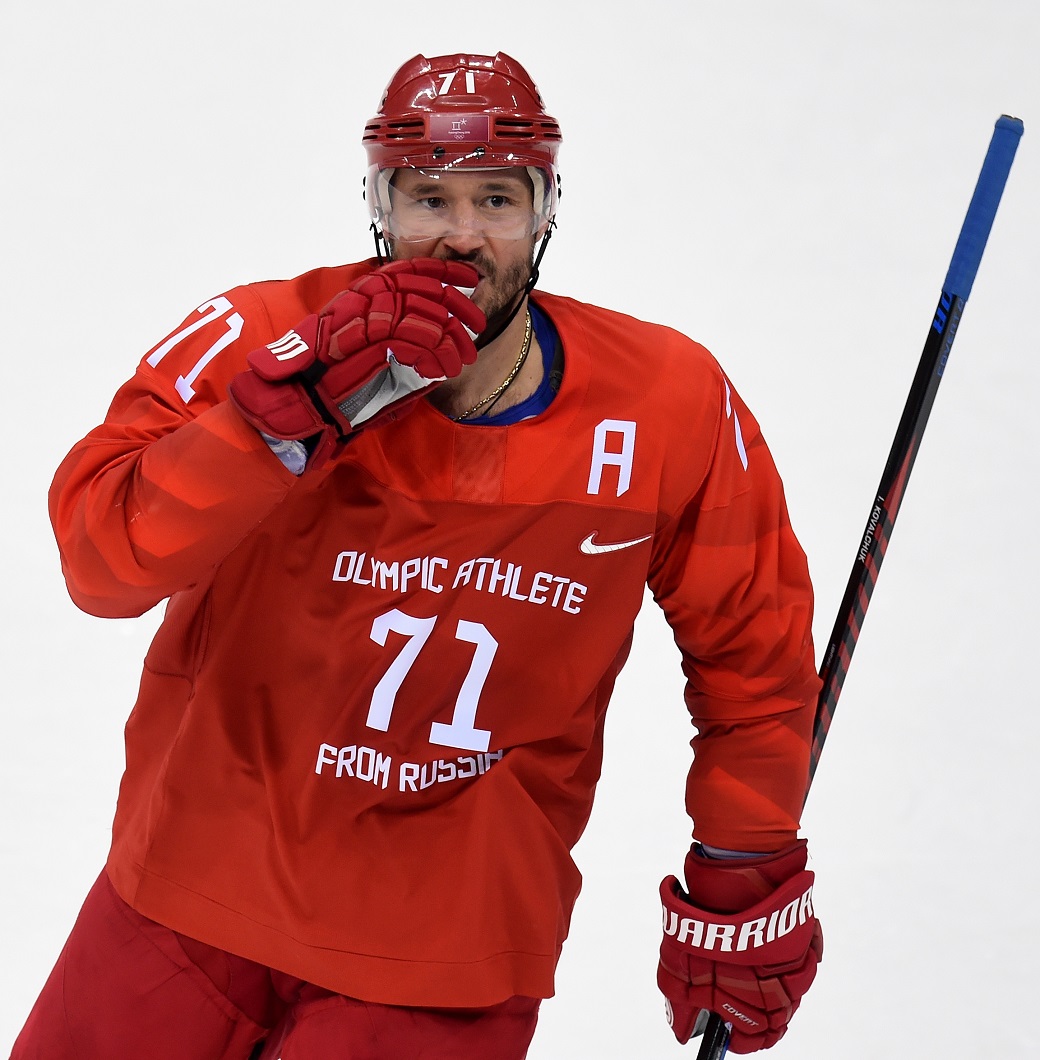 Metallurg forward Jan Kovar got the Czech’s shoot-out winner after a 2-2 tie with Canada in Group A. There was also a goal during the game for Michal Jordan of Amur, while Traktor’s Pavel Francouz collected his second win of the games after denying everyone except Wojtek Wolski in that shoot-out.

Jordan, whose goal tied the game at 2-2 in the second period, isn’t noted for his scoring. But the Amur defenseman aimed high, picked his spot and beat Ben Scrivens.

Canada’s best chance to win it came in overtime, when CSKA’s Mat Robinson got clean through on Francouz’s goal but couldn’t get a clean shot away. His frustration with the uneven bounces that cropped up throughout the game was shared by Wolski.

“I do not know what was going on today,” the Metallurg forward said. “The puck seemed to be bouncing a lot. A couple of times it went high in the air and there were two or three bounces over sticks. We have to find a way to get those pucks and make sure we bring it down."

The other Group A game, between Korea and Switzerland, saw former Neftekhimik goalie Matt Dalton suffer a rough evening in the Korean net. He gave up five goals to a lively Swiss offense before he was replaced by Sungje Park. Switzerland eventually won it 8-0.

In the other Group B game, Ziga Jeglic got a shoot-out winner in Slovenia’s success over Slovakia. The result gave Slovenia a surprising second place in the group, but its four-point haul won’t be enough to secure a QF spot as best runner-up.

Russia’s women made Olympic history by making the semi-finals for the first time thanks to a 6-2 victory over Switzerland.

The team’s heroine was Anna Shokhina, of Tornado Moscow Region in the Women’s Hockey League. She scored twice – one with her team killing a 3-on-5 penalty situation – as the OAR offense exploded at last.

But it was something of a redemption for the entire team after a torrid time in Group A action saw three defeats and just one goal scored. Captain Olga Sosina said: “We finally started converting the chances we’ve been creating all week. We raised our game, and didn’t make the kind of mistakes we had in our earlier games.”

Shokhina’s short-handed spectacular gave Russia the first-period lead, but the Swiss rallied to lead 2-1 midway through the second through Alina Muller and Lara Stalder. Vika Kulishova, an Olympic rookie from Tyumen got the vital tying goal, and Liana Ganeyeva’s deflected point shot proved to be the game-winner.

In the third, Shokhina shared a goal and an assist with Elena Dergachyova before Sosina’s empty-netter wrapped up an historic victory.

Russia’s task will only get harder: next up it’s Canada again, a nation that has never lost a senior women’s international against Russia and handed Alexei Chistyakov’s girls a 0-5 drubbing at the start of this tournament. But Shokhina insists that OAR still has a chance.

“Canada has always beaten us in the past, but that doesn’t mean anything here,” she said. “We’ll battle, we’ll fight … we’ll do anything to get a win.”

After witnessing Shokhina & Co in their opening loss against Canada, Ilya Kovalchuk admitted that women’s hockey wasn’t really for him. Today’s compelling performance from his compatriots might encourage him to think again. 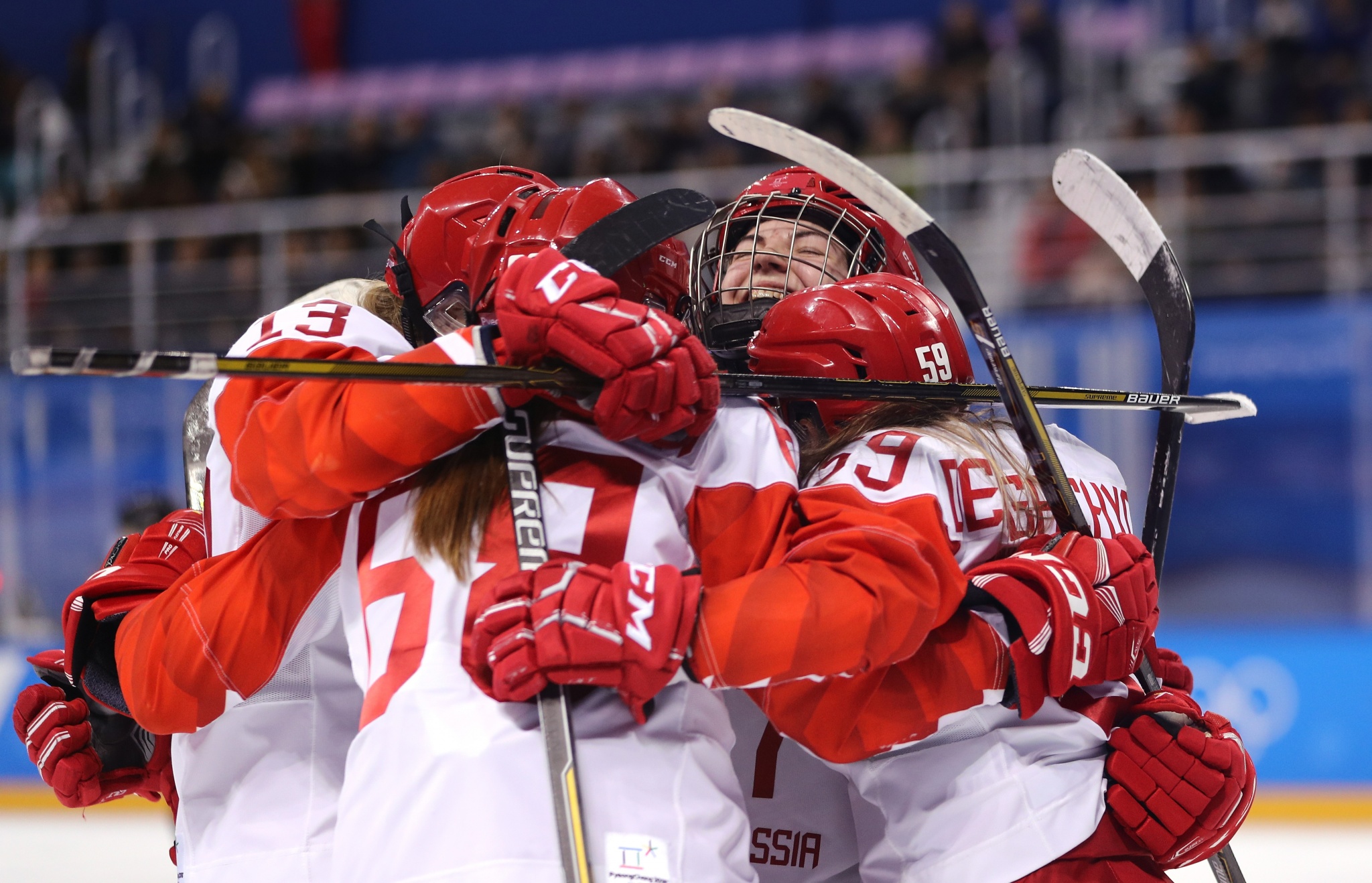