The first ever open-air KHL game in Latvia was a big success, attracting a sell-out crowd to the temporary tribunes in Riga – and leaving the city authorities talking about making it an annual event.

Dinamo Riga is renowned for putting on a good show at its games – but Saturday’s showdown with namesake Dinamo Minsk was a bit special, even by Latvian standards.

The teams met in the open air, in front of an 8,500 sell-out crowd at a specially installed temporary arena in the Riga City Hall Sports Complex. Indeed, the official crowd was eventually tallied at 10,554, with more than 2,000 fans watching the action on big screens next to the rink itself. 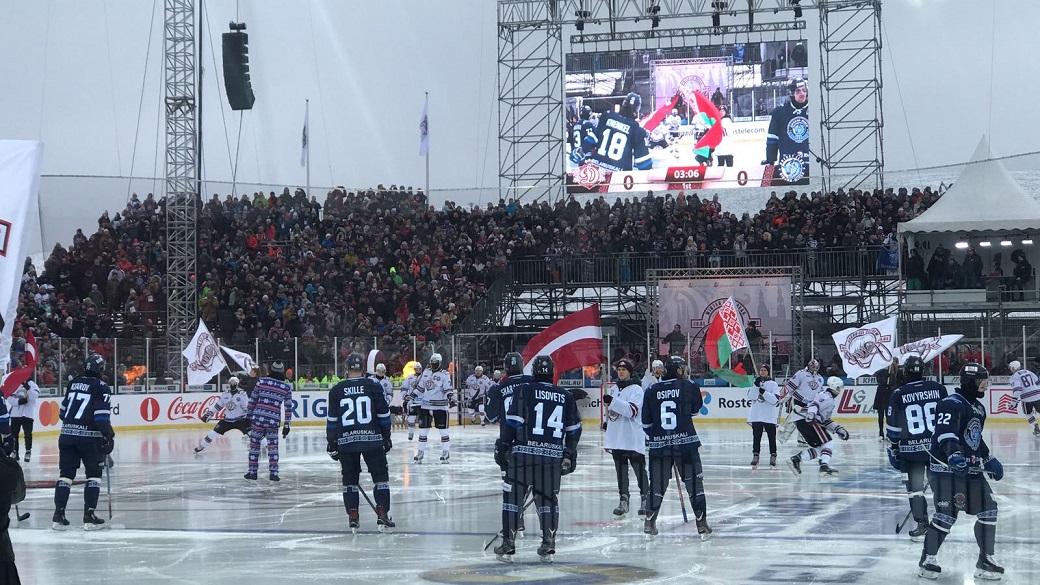 Despite the home team’s difficulties this season (Riga is currently rooted to the foot of the KHL table, having seen Latvian hockey legend Sandis Ozolins depart the head coach’s position early in the campaign), there was a festive mood around this game: for players and fans alike, it evoked fond memories of the old ‘korobka’ hockey, played on those small rinks found outside almost every apartment block in Soviet times and still popular today wherever they have escaped the covetous eyes of developers. 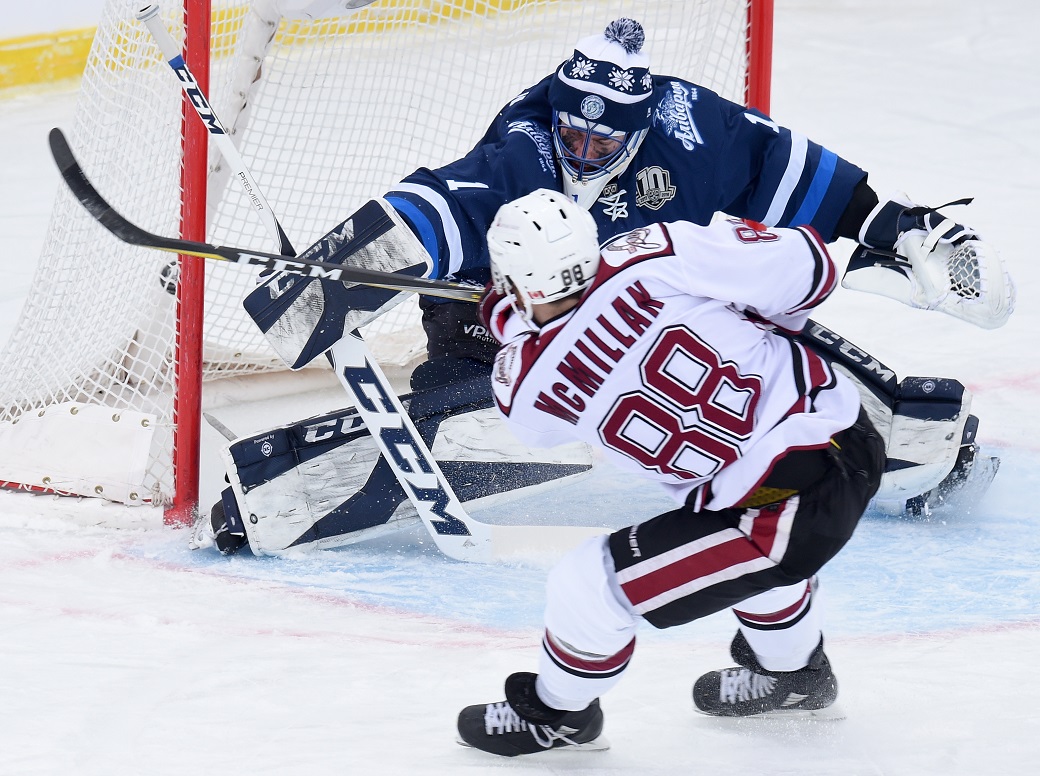 That crowd was treated to an exciting game, with the home team belying its lowly ranking in the early stages of the game to open up a 2-0 lead thanks to goals from Brandon McMillan and Rihards Bukarts. But Gordie Dwyer’s team is still – just about – in contention for a playoff place in the Western Conference, and was not about to allow that dream to slip away here. Two goals in 64 seconds saw Justin Fontain and Denis Osipov tie the scores. 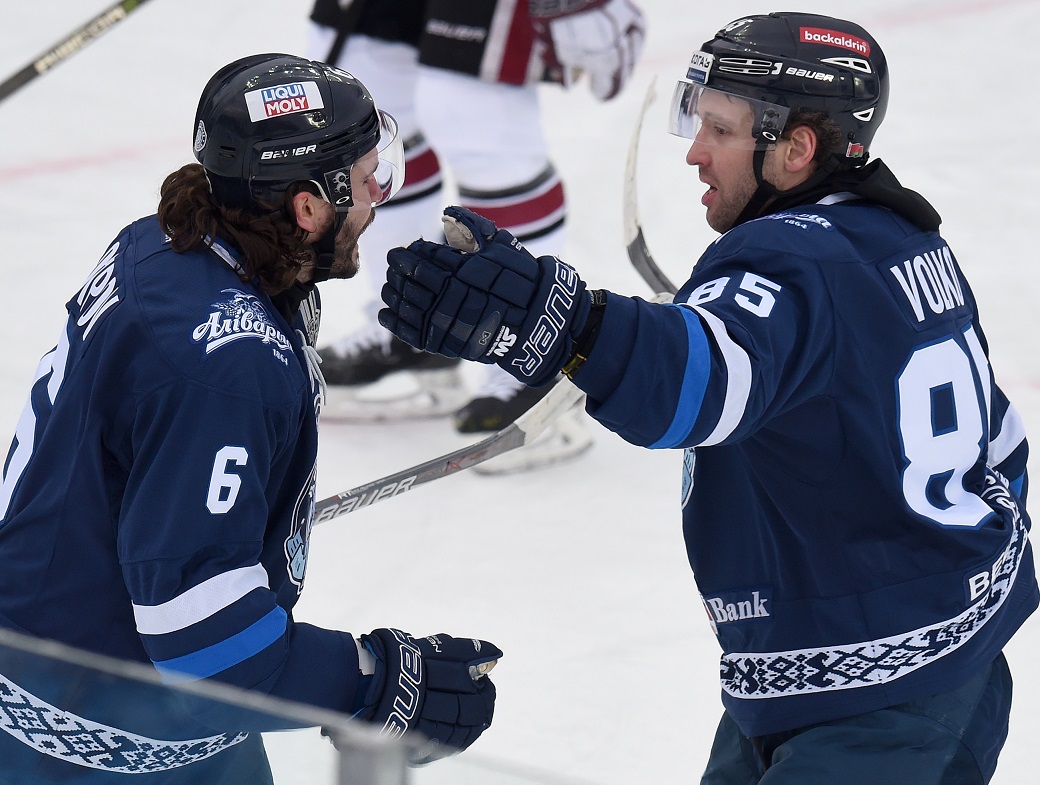 Deep into the final frame, Minsk took the lead for the first and only time. Jack Skille was the man on the spot, getting the vital touch to Vladimir Denisov’s shot and taking it away from Janis Kalnins in the Riga net. With barely four minutes left, there was no time for the home team to respond, and the victory went to Belarus. 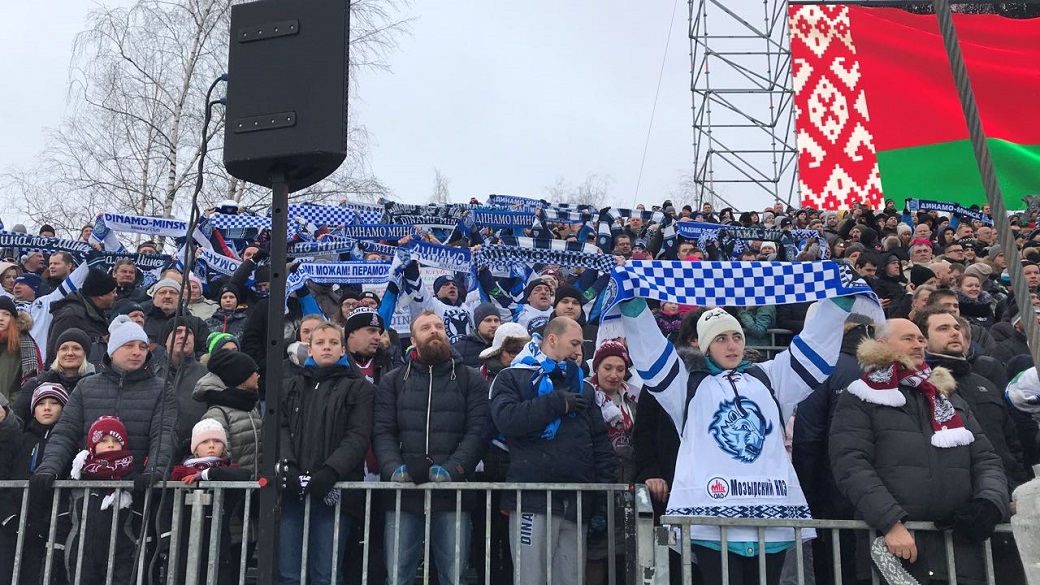 But the day was about more than the result, as Mayor of Riga Nils Usakovs explained. “It’s the first time we’ve had a game like this in modern-day Latvia,” he said. “It’s important for us that it’s more than an exhibition game, that it’s part of the KHL championship. We’ve already got plans to make this a regular event, to build up a bigger rink here. The city will always do everything it can to support it.” It looks like open-air hockey in Latvia could be here to stay.

‘One of the highlights of the championship’

KHL President Dmitry Chernyshenko rated Riga’s Winter Ice Break and Helsinki’s Ice Challenge as “two of the real highlights of the championship”. “Both games will live long in the memory,” he said. “They have attracted big crowds of fans, and even of people coming to hockey for the first time. After a festival like this, we hope many of them will come back regularly.”

Girts Ankipans, head coach of Dinamo Riga, is right behind the idea of making it an annual event. “That would be great! The atmosphere today was fantastic,” he said. “It’s a pleasure to play in the open air, even for a coach it’s a special experience.”

His opposite number, Gordie Dwyer, also rated it a memorable experience. “Unfortunately, I never got the chance to do this as a player, so I’m thrilled that I was able to do it today. It was a real celebration: after the hooter, the players stayed on the ice taking photos and just enjoying the moment. Days like this show why we love hockey.”

Goalscorer Rihards Bukarts felt it was unforgettable. “Absolutely everyone enjoyed the game, it was a great day,” he said. “I’m sure all the players will remember this for the rest of their lives. The only disappointment was that we couldn’t beat Minsk and give our fans a victory to celebrate.”

And Alexander Pavlovich was lost in some childhood memories. “It was like going back to when we were kids and we used to play outside in the courtyard,” he said. “We had a good atmosphere, lots of fans and, to be honest, I didn’t even notice the cold.” 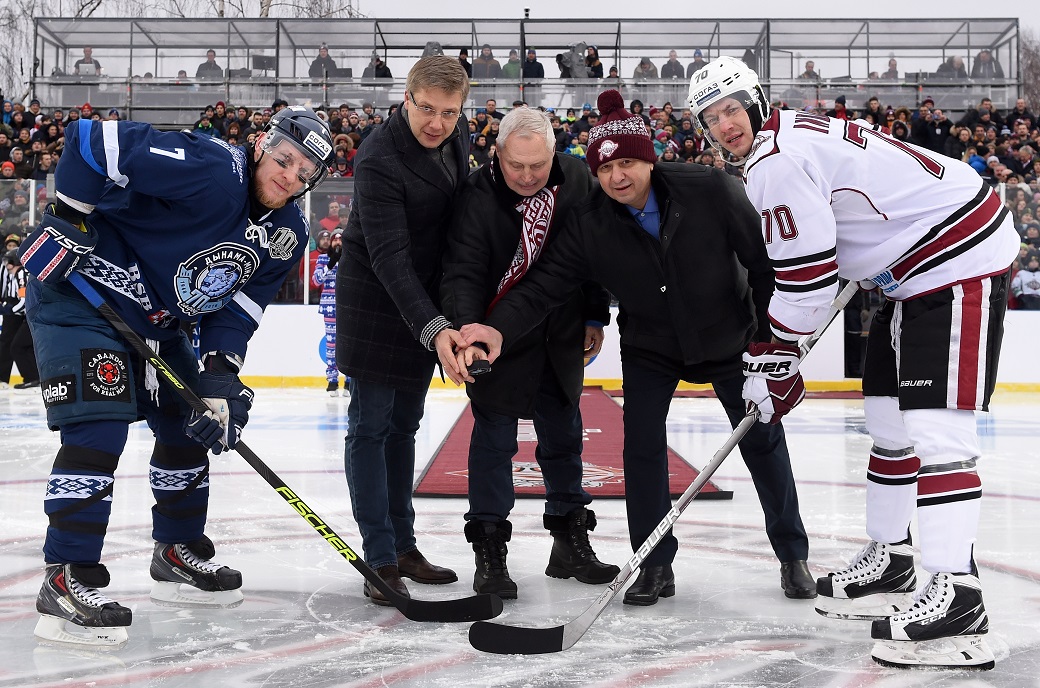