The All-Star Master Show brought super heroes from Sochi, hockey royalty from Astana and overall victory for the Kharlamov Division after an entertaining afternoon in Kazakhstan.

As usual, the emphasis was on fun more than cut-throat competition, although that didn’t stop several players coming up with a few tricks to try and sway the judges across the seven events. And, in the end, Team Kharlamov’s victory came thanks to a bonus point earned in an unscheduled extra contest – the four teams’ female assistant coaches raced to tape up sticks, and Maria Bass snatched the decisive bonus point for Kharlamov.

How the games played out

Event #1 brought our first Master Show superhero – Sochi-man. The blue uniform and red, S-shaped crest, might call to mind another comic-book legend, but Pavel Padakin was quite clear: this was an entirely different character, dedicated to the KHL’s sub-tropical outpost. However, Padakin could not keep up with Dan Sexton (Neftekhimik, Kharlamov), who posted the fastest lap to take the first point of the competition. 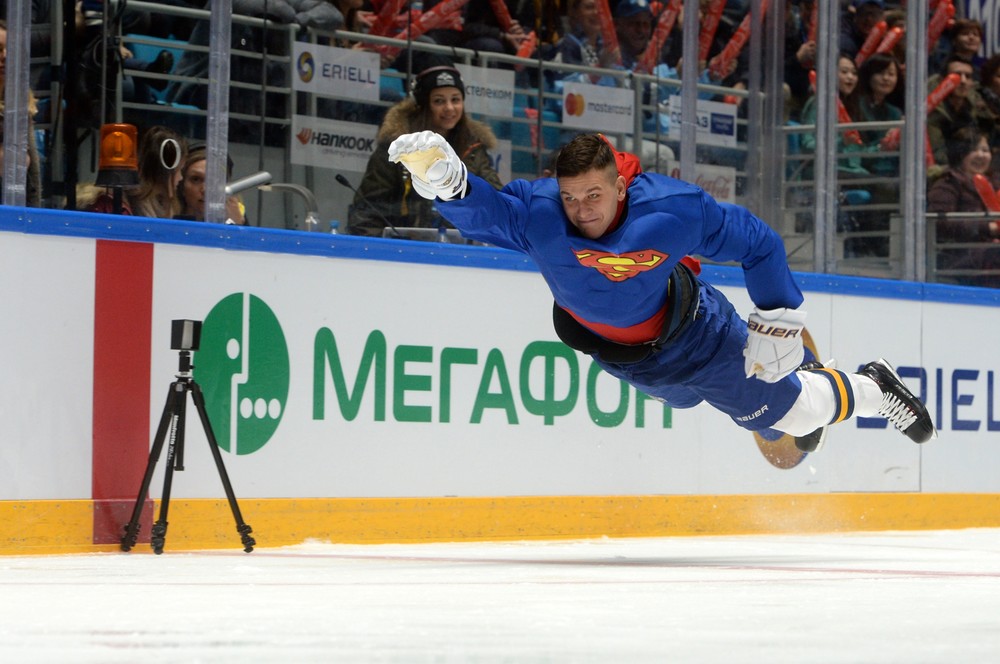 Next up was the hockey biathlon. The star attraction at last year’s Week of Hockey Stars in Ufa was back in Astana. Nikita Nesterov (CSKA, Tarasov) suggested that the key was staying sober - “Whoever doesn’t drink too much the night before will cope just fine,” he told Championat. However, his self-restraint went unrewarded: the Chernyshev Division took the honours thanks to Philip Larsen, Vladimir Tkachyov, Yegor Martynov, Alexei Byvaltsev and Linden Vey. 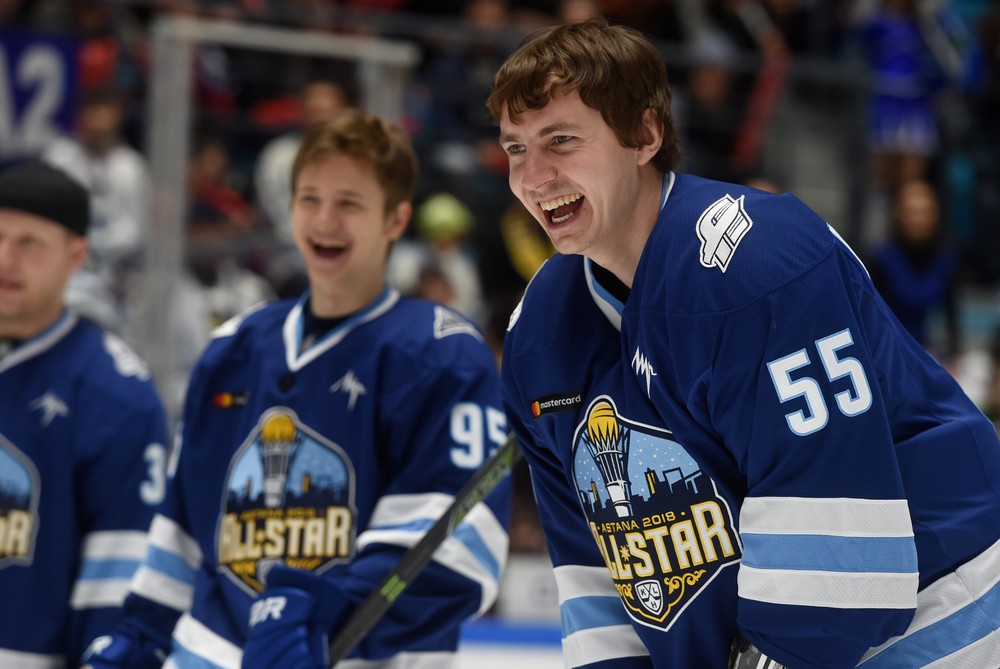 In the Offense vs Defense challenge, Jokerit’s Ryan Zapolski showed off his fine KHL form to give Team Bobrov its first point of the competition, then SKA’s powerful defenseman Patrik Hersley won the speed shooting competition when he topped the clock at 165.98 km/h. That put the Bobrov Division ahead of the field after four events. 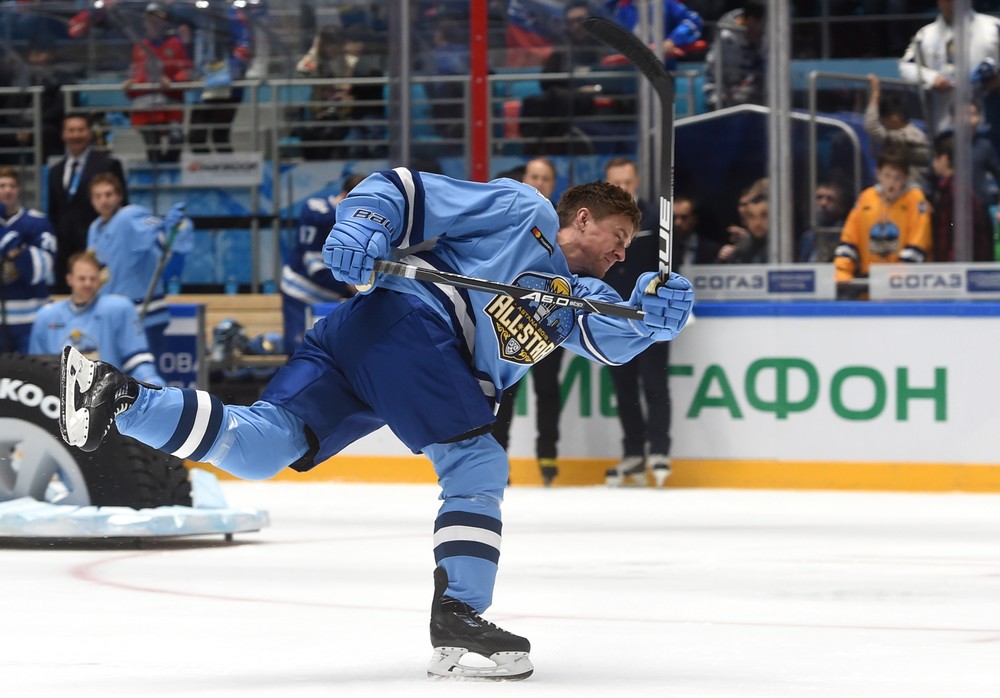 After the mascot show entertained the crowds, one of the day’s highlights arrived – the penalty shoot-out. This turned into a contest between SKA’s Nikita Gusev and local hero Nigel Dawes of Barys. Gusev provided the trick shots, a spinning backhand to the top corner, but Dawes brought the theatricals. Dressed as the ‘Hat-trick King’, and flanked by a retinue of youngsters from the Barys hockey school, he got the vote for the best attempt in the shoot-out. Team Chernyshev drew level with Team Bobrov on two points each. 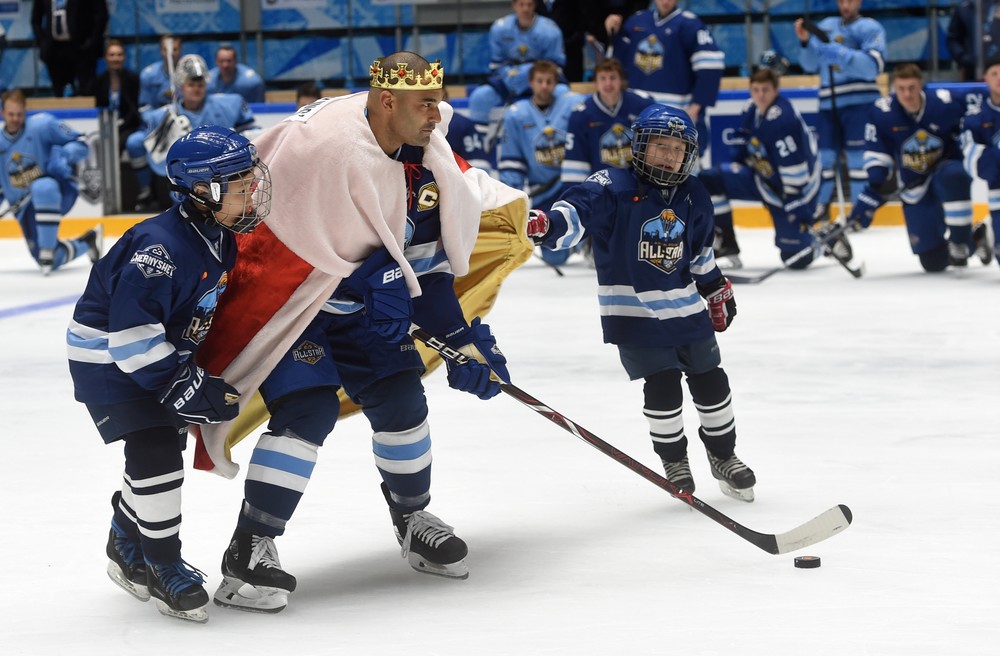 The hockey skills relay went to Team Tarasov meaning every team was in contention ahead of the final, decisive speed relay. And the Kharlamov crew skated to victory in that race, and the contest overall – a fitting outcome on the weekend that marks the 70th anniversary of the Soviet legend’s birth. 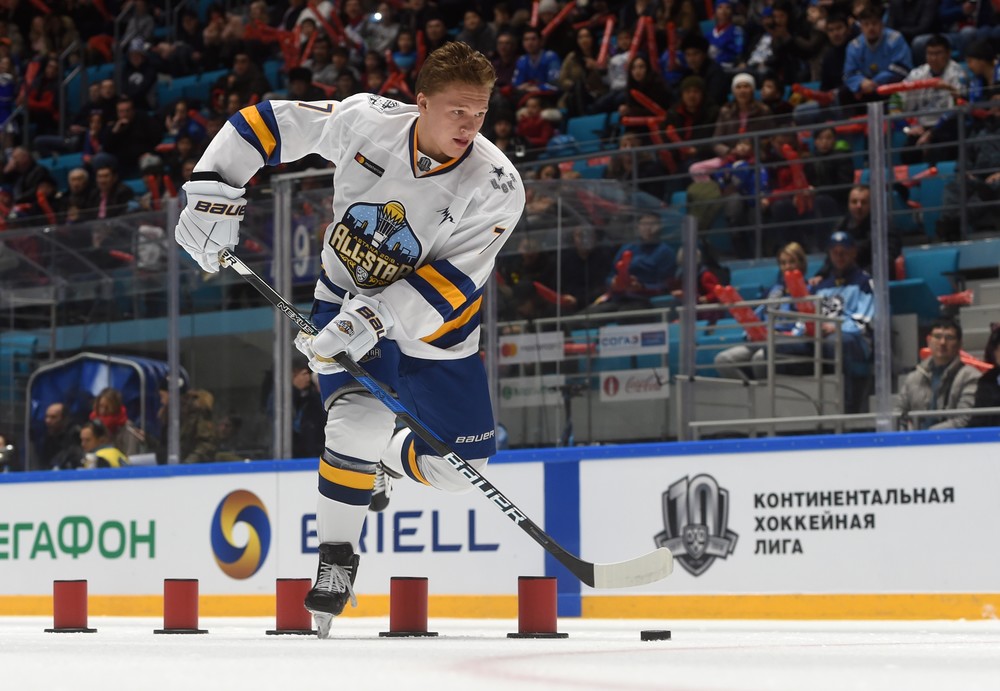