As part of the countdown to the Week of Hockey Stars in Astana, we at khl.ru are taking a nostalgic look back at the nine previous All-Star Games. Today we cover the sixth KHL All-Star Game, hosted by Bratislava. 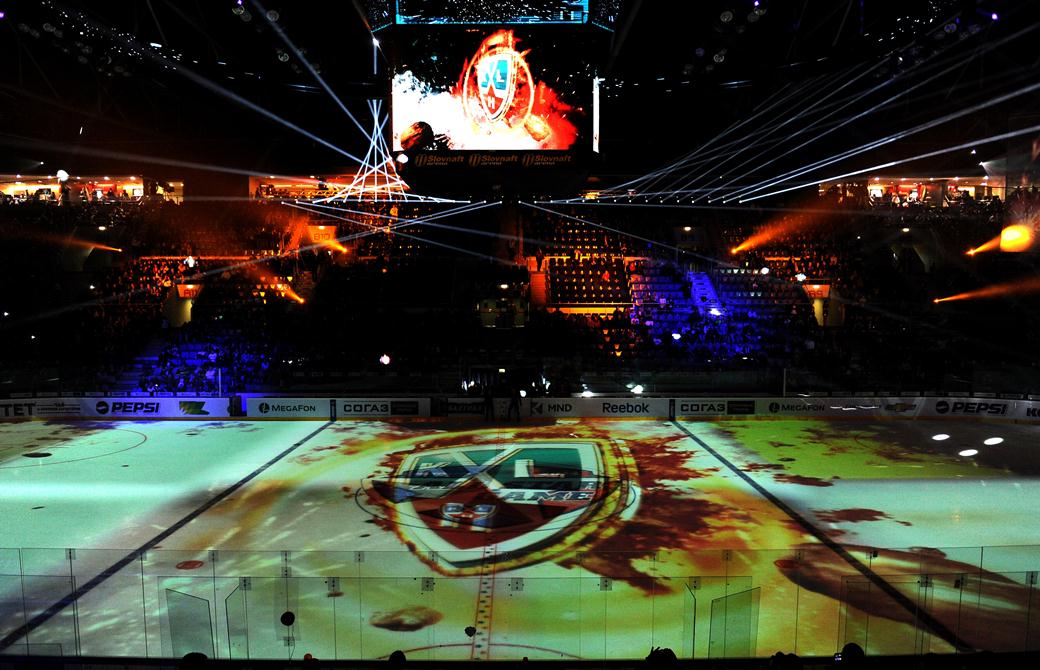 Some may not remember that the original choice for host city of the 2014 All-Star Game was Prague. Not only was the team from the Czech capital, HC Lev Praha, in its second season in the League, but was one of the strongest teams in the regular season (the “Lions” were destined to suffer a 3-4 series defeat in the Gagarin Cup final at the hands of Magnitogorsk). However, the old Tipsport Arena was not up to standard and the new O2 Arena was already fully booked, so the organisers turned to the Czechs' neighbors and former compatriots in Slovakia, and the matter was settled - Bratislava would host the All-Star Game. 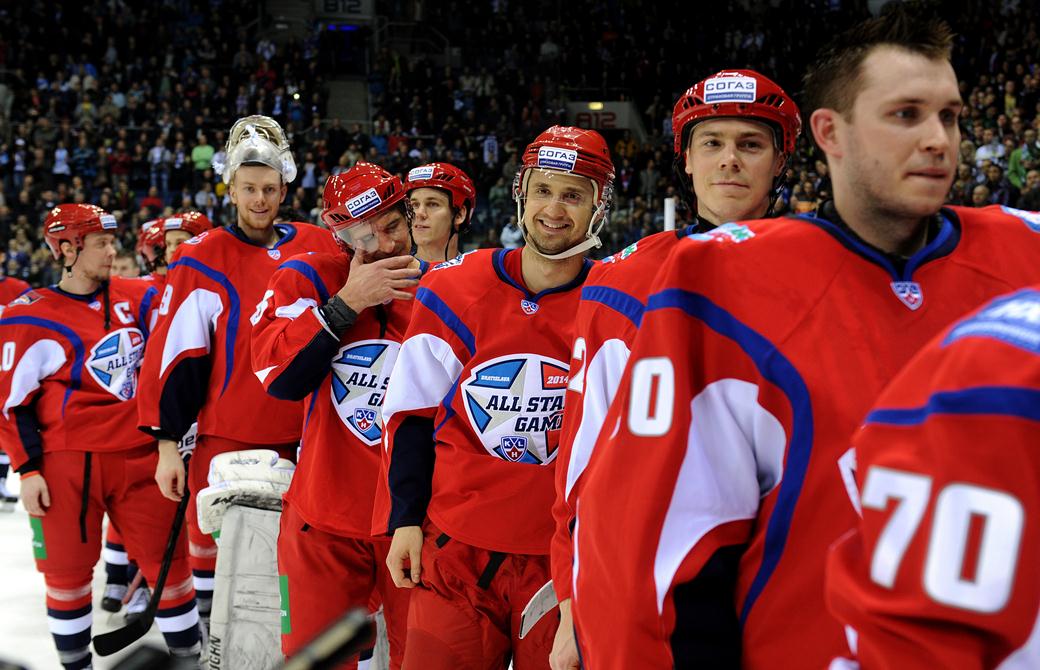 In the shadow of the Olympics

The 2013-14 season was dominated by thoughts of the Olympics. As Russia was to be the host nation, the tournament influenced many aspects of the season, not least the schedule. In order to free up as many days as possible for national teams' preparations, the League reluctantly dropped the All-Star Weekend format and returned to the tried-and-tested program used in Riga two years before, with only the Legends Game played on the eve of the game. So once again, the Master Show, the All-Star Game, and all the other festivities were crammed into a single day, which was chosen as January 11 – a month before the Olympics.

It is poignant that the captain of Team East was Sergei Mozyakin. The Magnitogorsk forward was in even more unstoppable form than usual in 2013-14, and his prolific scoring would propel Metallurg to Gagarin Cup glory in the spring, but there was still no place for him in Zinetula Bilyaletdinov's Olympic roster. His exclusion was and still is the subject of heated debate. 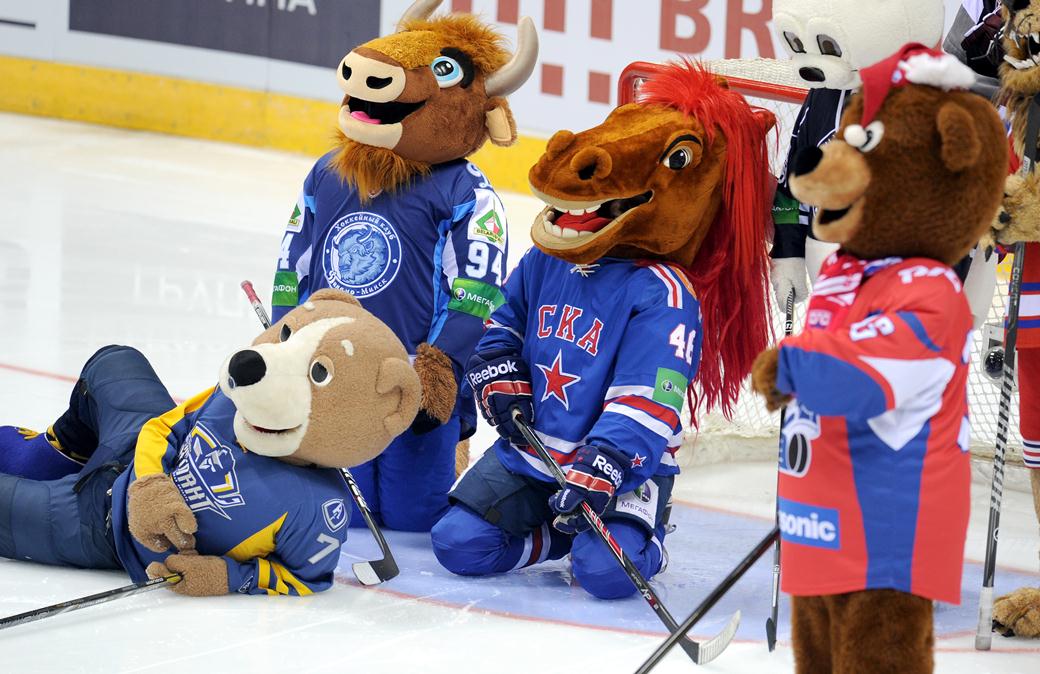 The most “offensive” All-Star Game

The selection process for the sixth All-Star Game involved a curious episode which saw the event set a new record... for the highest number of players chosen. The first two stages – the fans' vote and the journalists' vote – proceeded as normal, but when it was time for the League to add the third lines, the management called up four forwards instead of the usual three. The stated reason was to include representatives from as many clubs as possible, and therby heighten spectator interest. However, it quickly dawned on everyone that there was still no place for Evgeny Kuznetsov, by now one of the most popular and exciting players in all Eurasia. The League, to thir credit, put the fans' interests before protocol and selected four more forwards, including Evgeny. Sadly, the Traktor man still did not take part. An injury forced Kuznetsov to withdraw, and his place was taken by Jan Kovar. 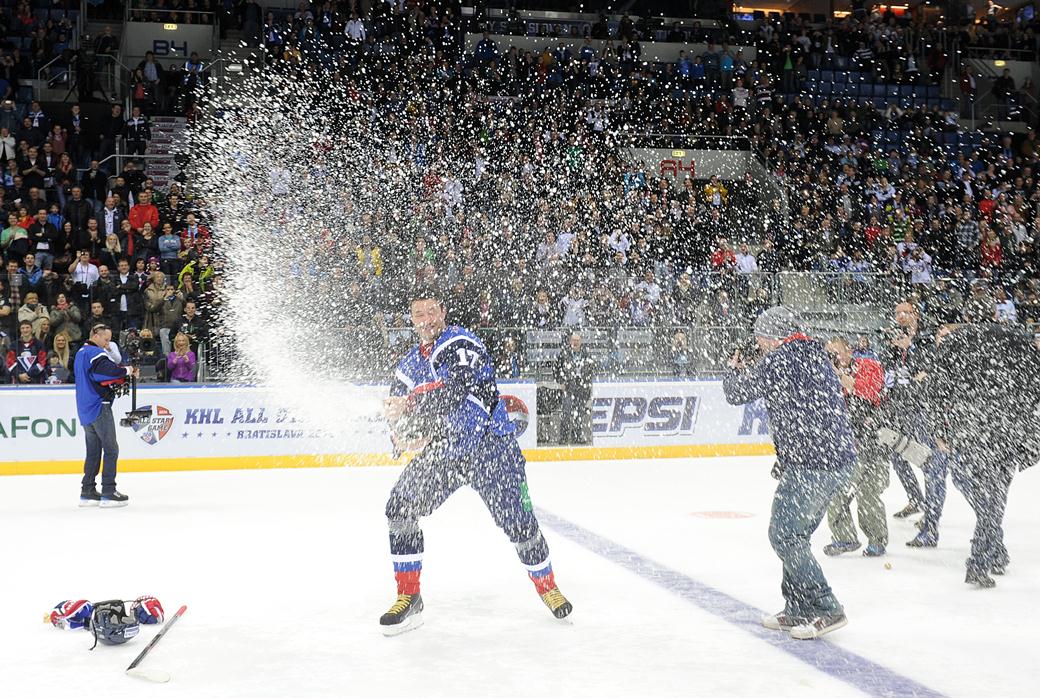 Jalonen's tactics beat all others

For the first time, the event decided to include a contest for the coaches, and they chose an activity which is forever associated with the profession – that of hurling the tactics board. The “oche” for this test of skill and strength – not a million miles away from archery, the javelin or discus at the summer Olympics, of course – was the team bench, and the pundits keenly speculated on the likely winner. Would it be Mike Keenan, underlining the nickname “Iron Mike,” or the famously demonstrative Dmitry Kvartalnov, or the cool, calm, collected Oleg Znarok? In the end, the winner was SKA Saint Petersburg chief, Jukka Jalonen, who was possibly assisted by the language barrier. The specialist reportedly had no idea what he was supposed to do, and so the pressure was off. 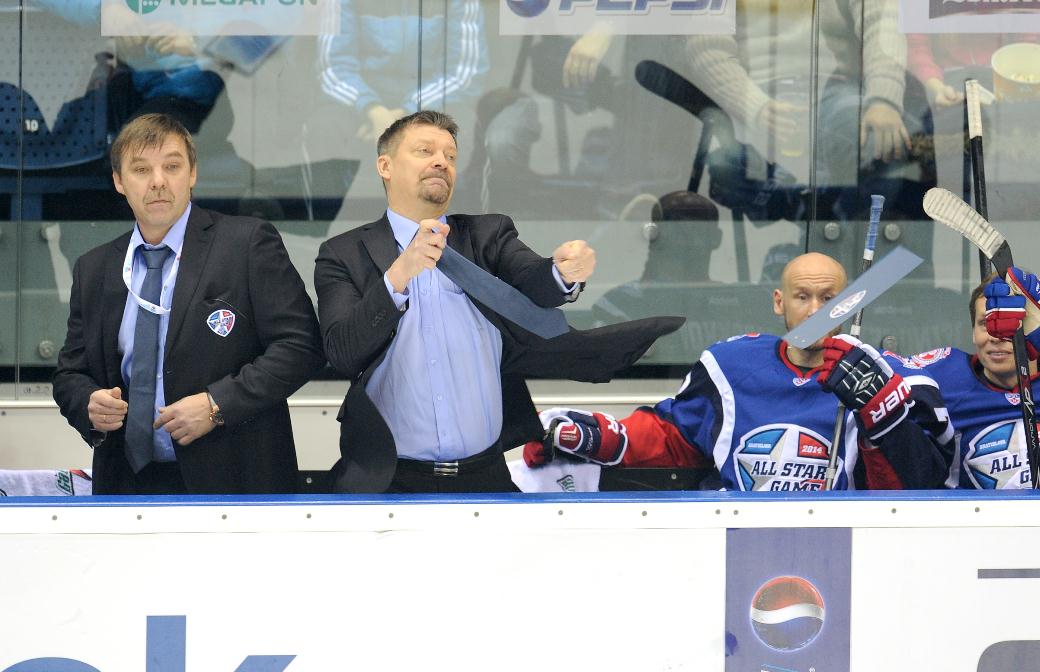 The contest for the Most Effective Shootout Attempt again became a fashion show for the most imaginative costume. Fyodor Malykhin was disguised as a tank driver, Yegor Milovzorov as a carp (although others claimed it was a pike), and Konstantin Barulin emerged in the shape of a muscle-bound body-builder, or, according to Barulin, that of famous figure skater Evgeny Plyushchenko. 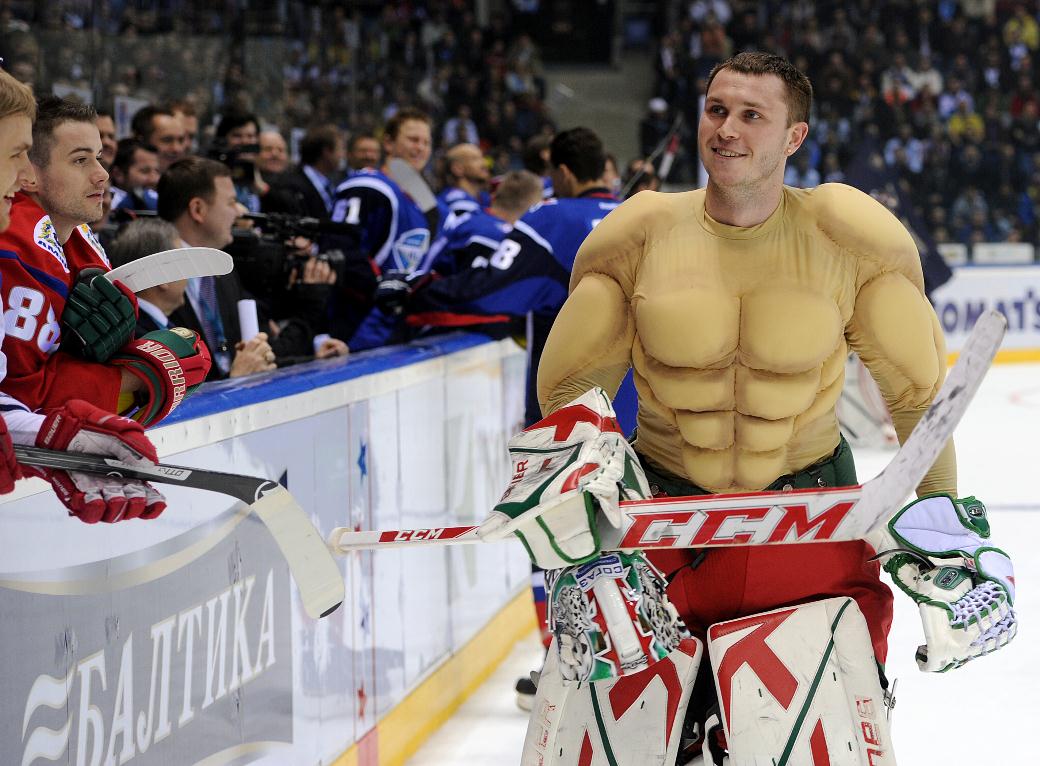 A curious and spontaneous tradition appeared in the early Master Shows – a local player posting a record-breaking home victory in the Fastest Skater. In the Riga 2012 event, Dinamo forward Mikelis Redlihs won with a then-fastest time of 13.86 seconds. Twelve months later and 2,700km further East, in Chelyabinsk, Traktor hero Evgeny Kuznetsov won in 13:82 seconds, and in 2014, at the Slovnaft Arena, Bratislava's Milan Bartovic smashed Evgeny's record with a lap completed in 13:48 seconds.

In the Hardest Shot, Denis Kulyash repeated his success of 2011 and so matched Alexander Ryazantsev's record of two victories in the contest, albeit with a "slow" winning shot of 162.20 km/h (100.8mph).

As it turned out, the reason the organizers decided to push back the point where the best "rig" the KHL was supposed to catch the puck. Kulyash even admitted that with such a new position was afraid not to hit the target. 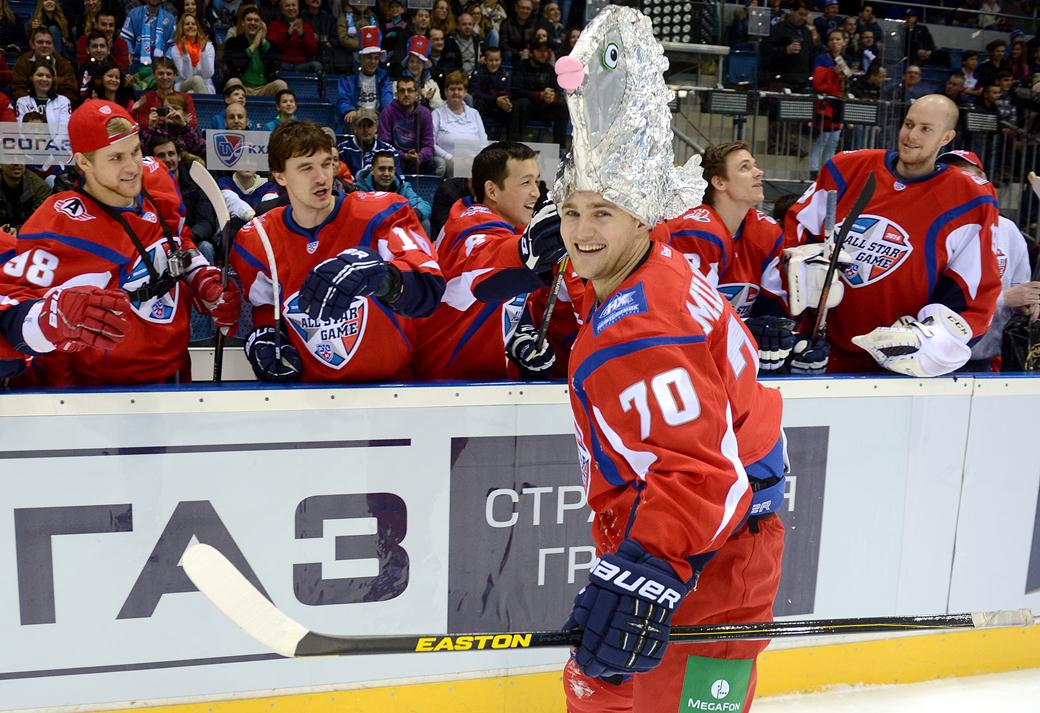 A hail of goals, and Satan strikes

Even before the Master Show, a surprise awaited the players. As 2014 was not just a Winter Olympics year but also a World Cup year, they convinced the players to leave the sticks on the bench and play a football game on ice in a 10-on-10 formation. It was a good-natured tribute to Brazilian sunshine from Russian ice.

When the big hockey game finally came around, some of the carnival atmosphere remained. Team West achieved its first ever victory, with Geoff Platt scoring a 59th-minute game-winner, and, thanks to both teams’ swashbuckling offensive play, the final score of 18:16 was an exact match of the record set three years earlier in Petersburg. The biggest cheer of the night came when local legend Miroslav Satan scored a late empty-net goal, and there was also a double for Marcel Hossa on his native ice. 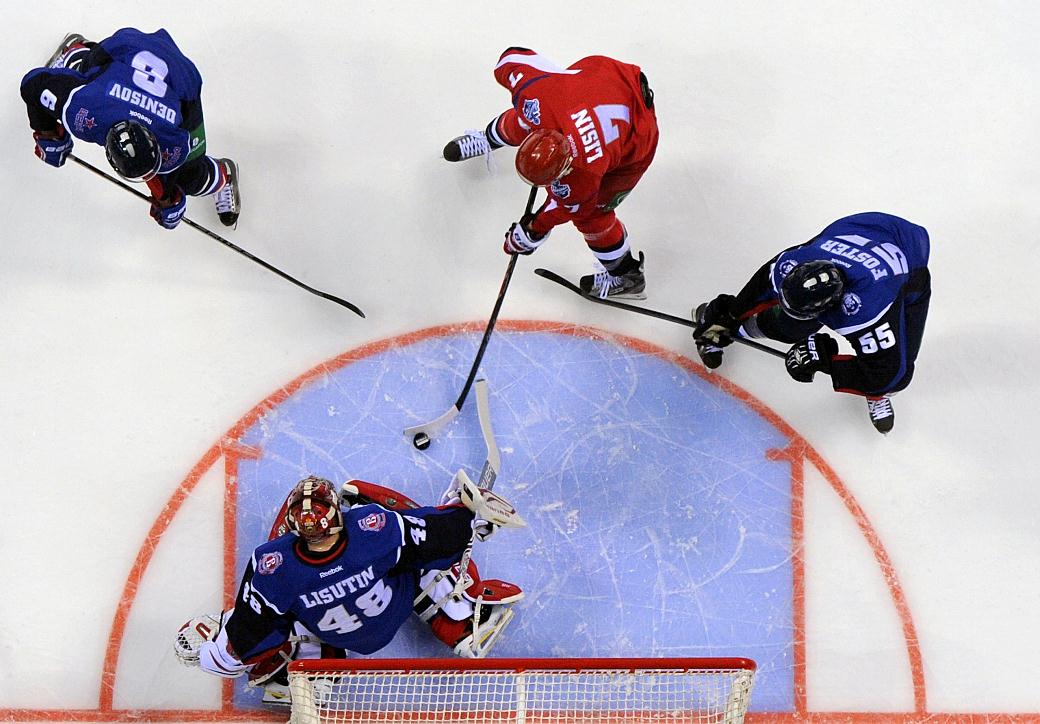