Yesterday, the Kontinental Hockey League, in association with companies BAUER and Luch, unveiled the jerseys and equipment which will be worn by the League's finest players as they compete in the All-Star Game, held in January of 2018 in Astana.

The biggest show of the season for three leagues - the KHL, YHL and WHL - will be combined into a single Week of Hockey Stars, to be held in Astana from the 10th to the 14th of January, 2018. As befits such a grand festival, the star participants will be kitted out in Bauer helmets, gloves and leggings specially designed for the KHL All-Star Game, YHL Challenge Cup and the WHL All-Star Game. 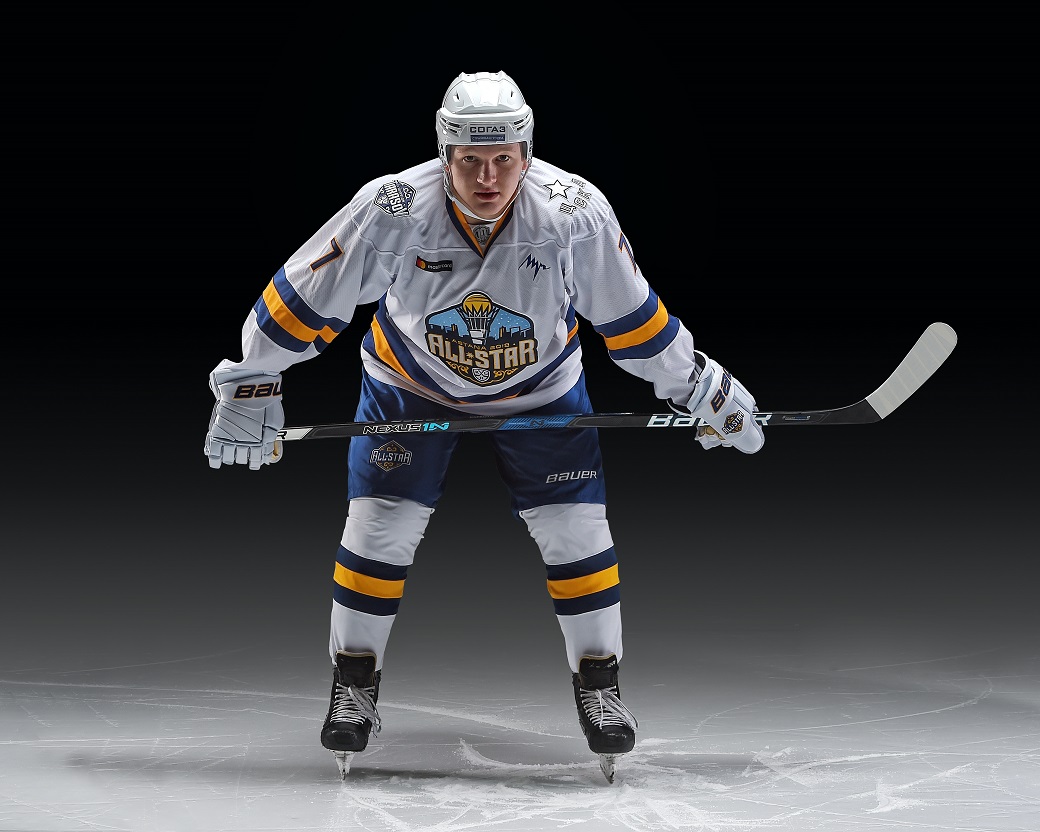 All the gear incorporates the unique style of the 2018 Week of Hockey Stars, combining the colors of the Republic of Kazakhstan national flag (gold and blue), as a mark of respect for the country which will host the biggest hockey show of the 2017-18 season, with elements of traditional Kazakh ornamentation. 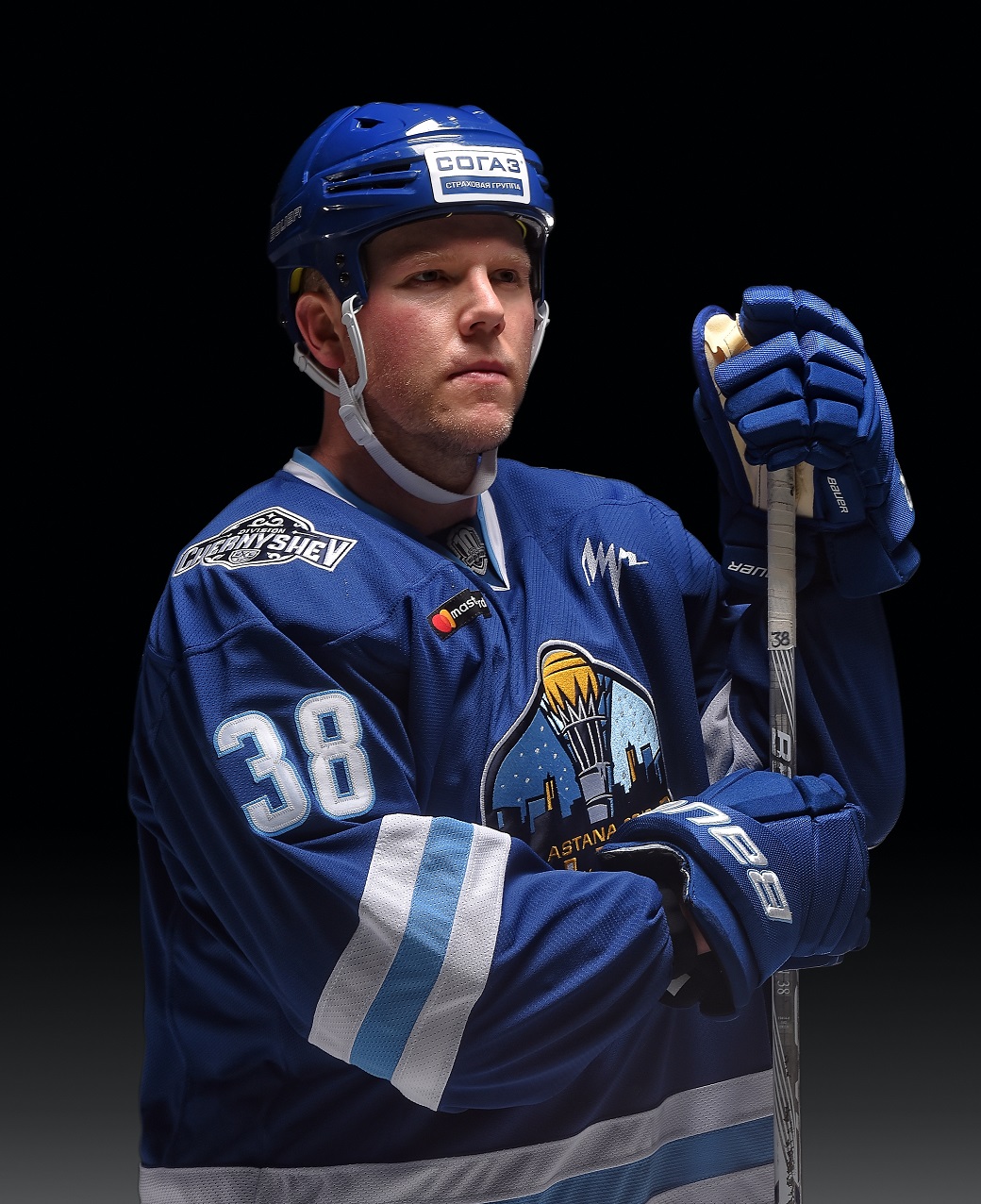 One of the innovations introduced this season is the creation of Division team logos in the style of the All-Star Game.

A popular feature from the 2017 All-Star Game uniform will remain – the gloves will be the same color as the jerseys, so that they appear as extensions of the sleeves. 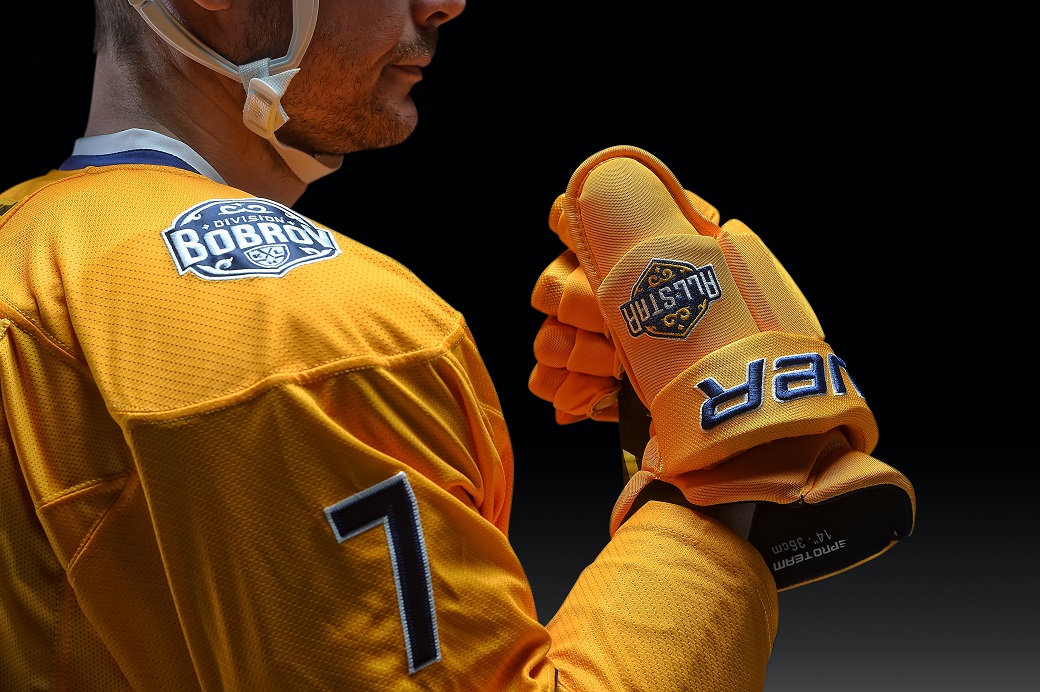 In order to make the Kharlamov Division uniform, it was necessary to source unique, sky-blue helmets, so the master craftsmen at Bauer manufactured a special set exclusive to the All-Star Game. The sky-blue color choice presented a similar problem with the jerseys, so the specialists at Luch have produced a limited stretch of the fabric needed to make such a garment. 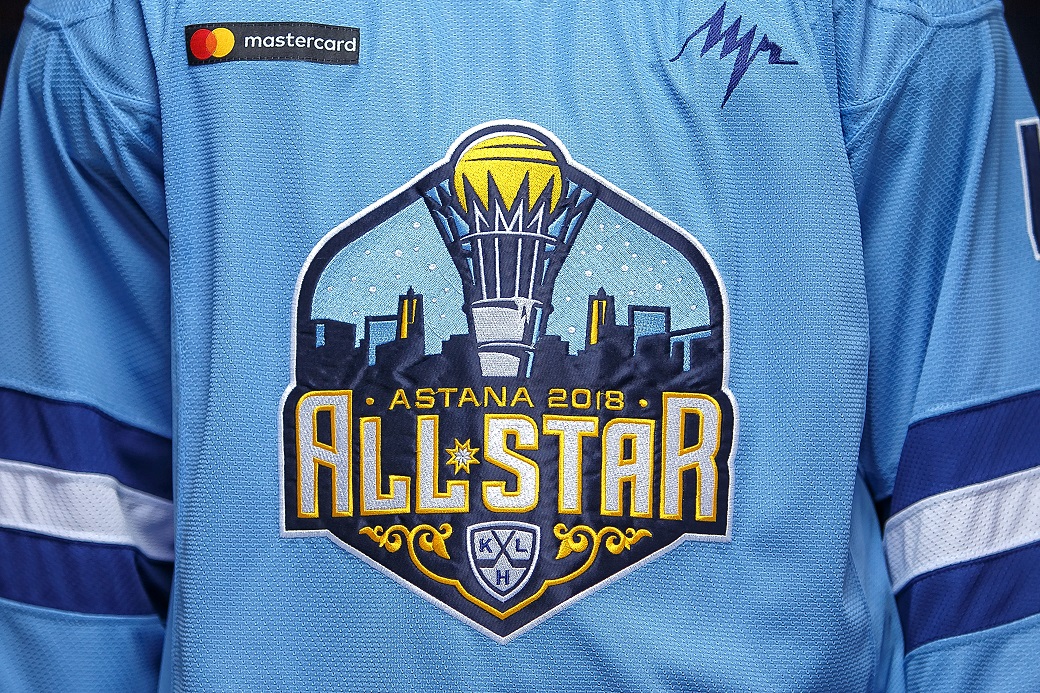 Sergei Dobrokhvalov, KHL-Marketing Vice President, was pleased with the result:

“It is becoming a strong tradition to design the uniforms to be in harmony with the specific style created for the All-Star Game, and this year we will adhere to this custom. The All-Star Game is, first and foremost, a show, so it should be bright, colorful, and unforgettable. For this reason, the KHL pays close attention in devising every detail of what is the grandest hockey festival of the season. The team uniforms should be in harmony with the general atmosphere, but we also consider technical issues, such as how the designs will look on the viewers' TV screens during the live broadcasts. The League has taken all these subtle factors into account, and these uniforms will help ensure that the 2018 All-Star Game will linger long in the memory of the fans as a visually stunning event.”