Following our interview with Natalia Clark, one of the four lady TV presenters who will serve as assistant coaches at the 2018 All-Star Game, we continue our look at the quartet from the Fairer Sex who have been called up for January's big event in Astana.

Today, we focus on Maria Bass, currently in Buffalo, NY, covering the World Juniors, but who will work in tandem at the All-Star Game with Neftekhimik boss Andrei Nazarov in charge of the Kharlamov Division team. “Maria, in order to be in Astana in time for the big match, you will have to fly straight from North America to Kazahstan with no rest inbetween. Will it not be hard to acclimatize?”

“I got used to it a long time ago. My job involves 50 or 60 flights each year, to different cities in different continents, so this will be water off a duck's back. And if the time difference between Astana and the USA causes me to start dropping off to sleep on the team bench, then I trust Andrei Nazarov will wake me (laughs).”

“How did you react to the news that you would take part in the All-Star Game?”

“I confess, I didn't believe it at first. I've always been more of a “gray cardinal,” pulling strings behind the scenes, and only stepping in front of the camera at the international tournaments, which are few and far between compared to matches in the KHL Championship. I'm working on some huge projests – documentary films, special reports = but nothing which demands that I do pieces to camera, so this call-up for the All-Star Game made me very happy. It's not often in life that such chances come along.” 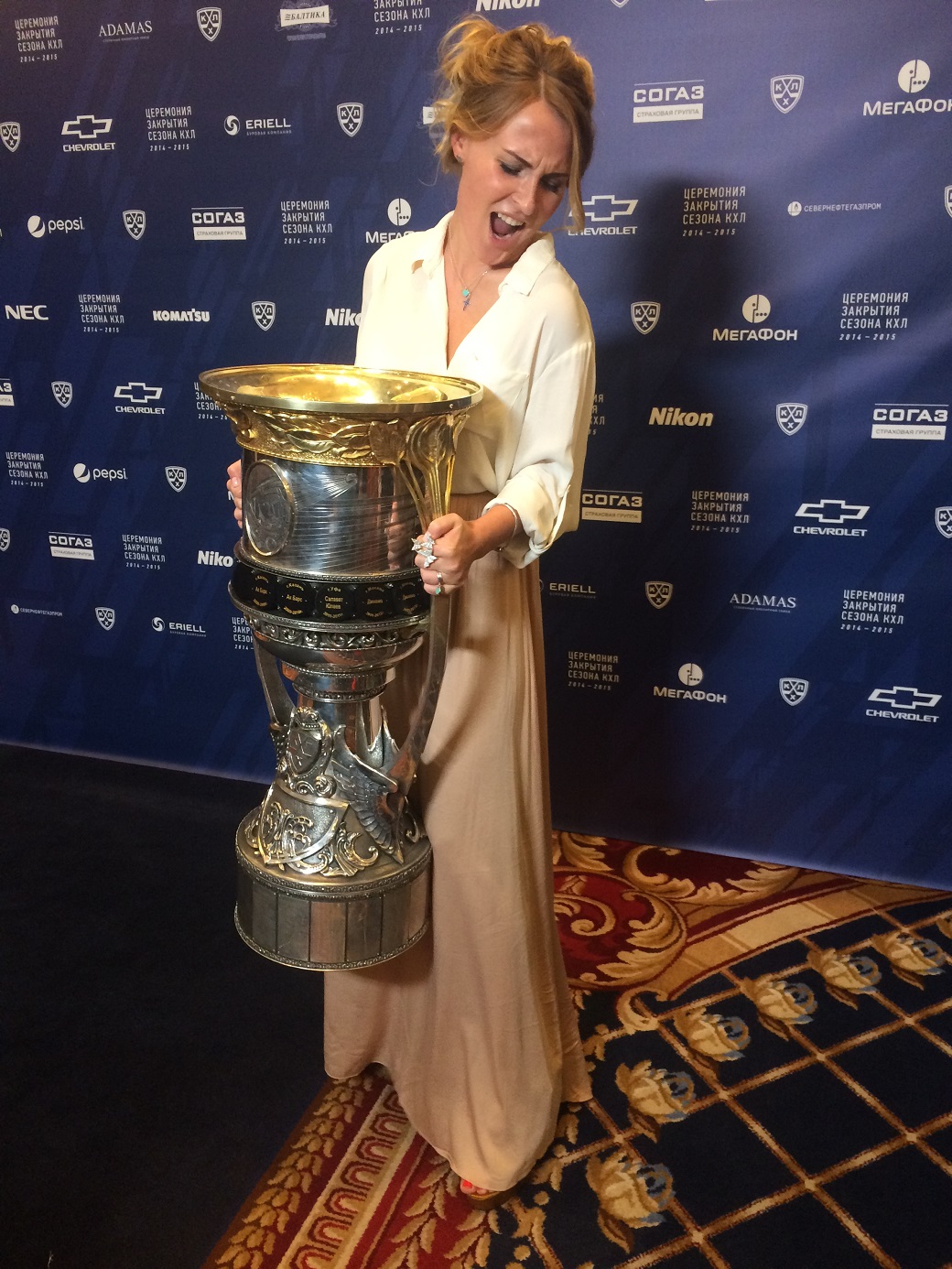 “What do you think of the idea in general?”

“It's an outstanding idea! One should always strive to create something new and original. This shows that the KHL refuses to accept that there are limits to innovation.”

“Do you think there is a danger that you and the other women might attract too much attention, and distract the viewers from the head coaches and the game itself?”

“I believe that if the woman is a true professional, then she will illuminate the game of hockey, and never distract anyone from it. My mission is to serve the team by working well in tandem with the head coach.”

“Andrei Nazarov has already said he will ask you to draw out some tactical formations for the players. How is your skill set with regard to drawing?”

“To be honest, not that great. But I'll bring a compass and ruler.” 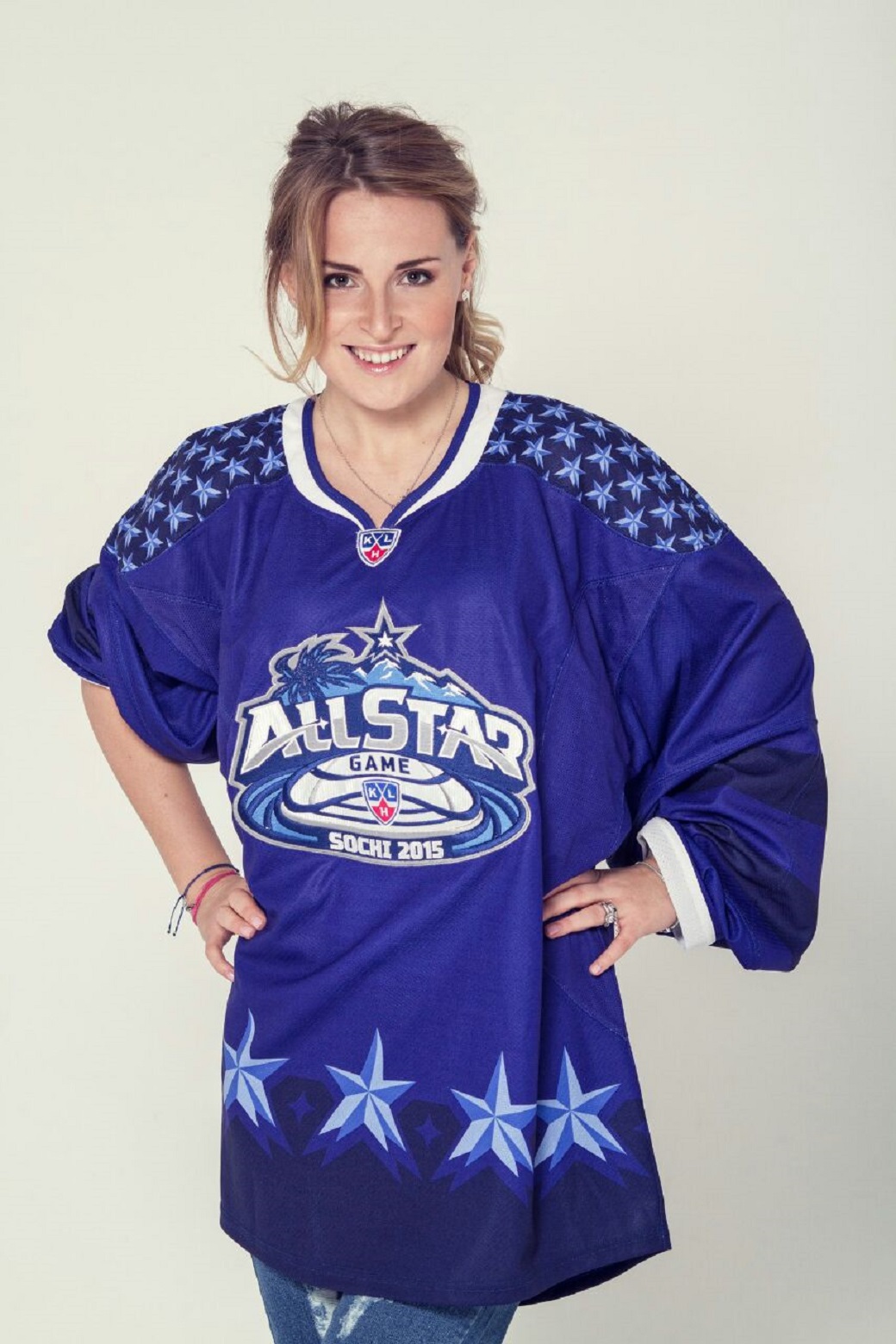 “Coaches like to get out onto the ice to demonstrate something that they want their players to copy. Are you ready to grab your stick and your skates and do the same?”

“Andrei Nazarov is a very colorful and charismatic character. Did you choose to be his partner?”

“We did a great job together at the preseason camps for a KHL special, covering the build-up to the new season, so for me there was no doubt. Nazarov as head coach and me as his assistant.” 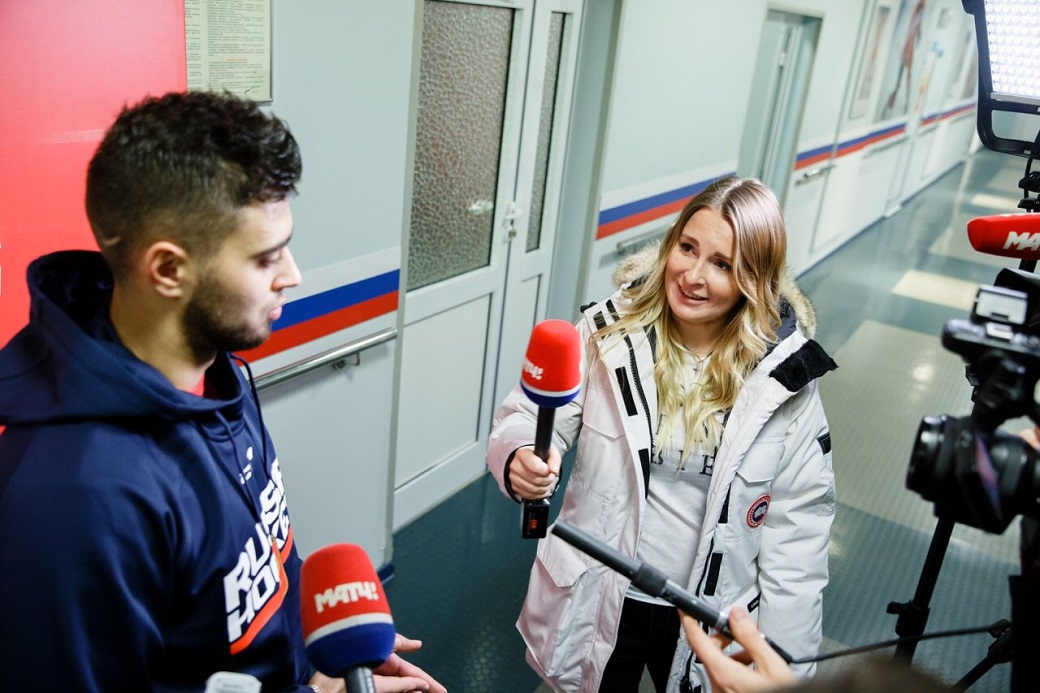 “He does have a habit of shouting, not just at his players, but also at his assistants if he feels they are not pulling their weight in some way. Are you ready for such a turn of events?”

“It so happens that I, too, am prone to shouting when I'm recording and filming, and it's just part of the job. The main thing is getting the right result.”

“What if you are interviewing a player on the bench and Andrei needs him on the ice?”

“In that event, Andrei will take one of the player's sleeves and I'll grab the other, and we'll see who wins the tug-of-war.”