The Gagarin Cup in Orbit!

The Kontinental Hockey League, in cooperation with its partner, Roscosmos - the State Corporation for Space Activities, will send some treasured KHL artifacts into orbit as part of the celebrations to mark the League's tenth anniversary.

The Gagarin Cup is the Championship's main trophy, and throughout the League's ten-year history has provided a vivid link between the KHL and the Cosmos. The desire to be first, tostrive to reach a higher goal, to show strength of character and the “Right Stuff,” - it was these ideals, valued both on ice and in space, which informed the decision to name the coveted trophy after Yury Gagarin, the first man in space.

This season, thanks to the close cooperation with Roscosmos, the KHL has been granted a unique opportunity to follow Gagarin into orbit. Two items, a precise, miniature replica of the Gagarin Cup trophy and a hockey puck adorned with the symbols of the League, will, on the 17th of December, 2017, take off aboard flight Soyuz MS-07 to the International Space Station. After orbiting the planet for 72 days, in the care of cosmonaut Alexander Misurkin, the artifacts will return to Earth, and the puck will be dropped to start the first match of the 2018 Gagarin Cup final series. 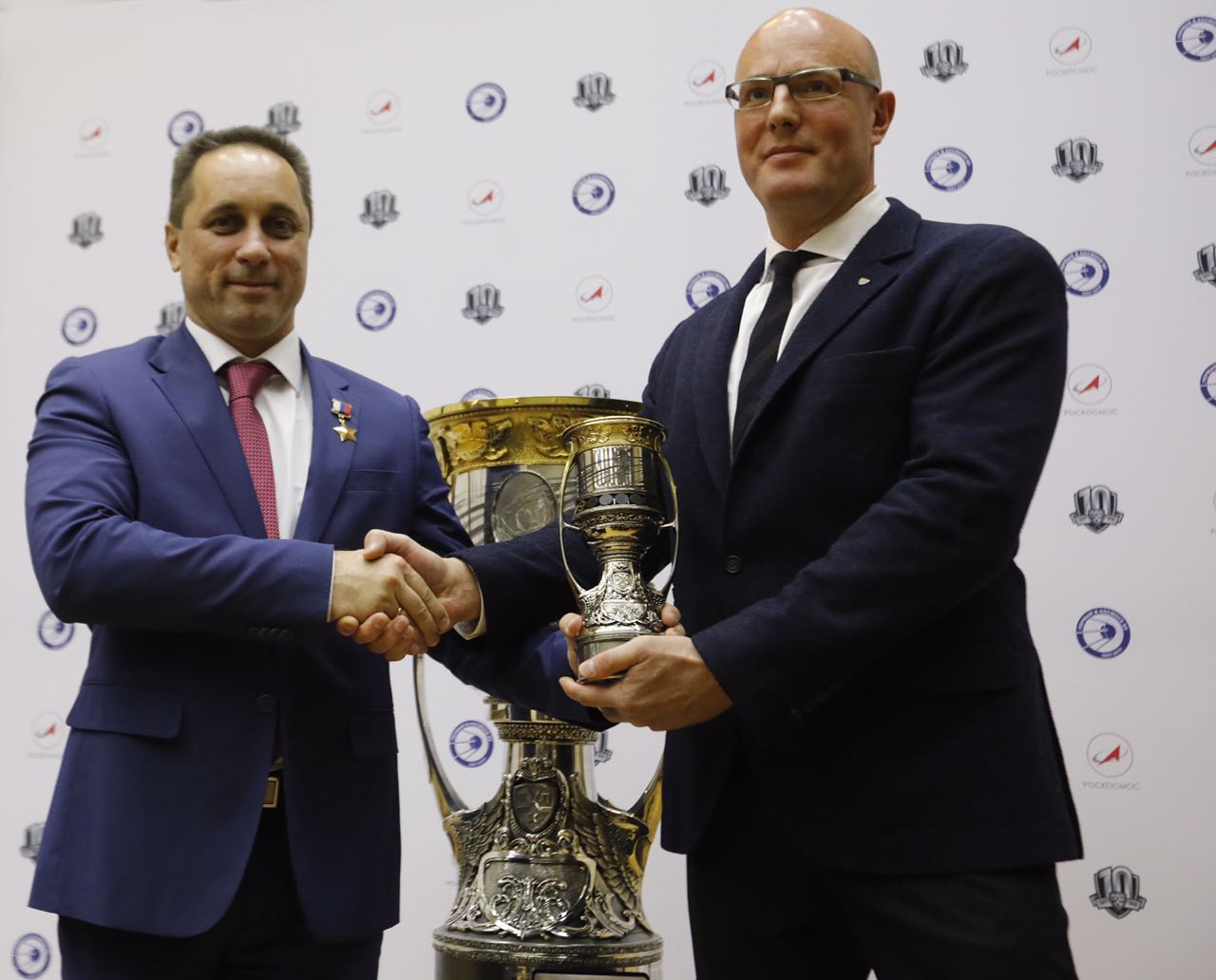 On the 30th of November, at a joint press conference in Star City, KHL President Dmitry Chernyshenko handed the trophy and the puck to representatives of Roscosmos.

From the 15th to the 17th of December, 2017, in further celebration of its 10th anniversary season, the KHL will hold a wide range of events in the city of Baikonur and in the Baikonur cosmodrome. The Gagarin Cup will go on display in the famous Baikonur Cosmodrome History Museum, and a visit by current star players of the Kontinental Hockey League is also planned.

The KHL will also take part in projects to promote the Russian Space Agency, the first of which is the "Raise your Head" project, devised to mark the 20th anniversary of the International Space Station's first orbit.

"In December of this year, we will witness events that will forever be a part of histories of our League and will long be remembered by fans of the game. For the first time ever, the symbols of the KHL will glitter and shine down on us from space. The puck and the replica Gagarin Cup will become unique and priceless artifacts. I am delighted that in this, our 10th anniversary season, thanks to the support of the KHL's partner, Roskosmos, we have managed to bring this idea to fruition.”

Anton Shkaplerov, Commander of the crew of Expedition 54 and 55 to the International Space Station:

"I am overjoyed to be handed this unusual and honorable mission – to deliver a puck and a replica of the Gagarin Cup to the International Space Station. This is my third flight, but it will the first time I have embarked on a mission with such an unusual cargo. After today's events, my interest in the game and in the KHL Championship will certainly grow. For me, and for all our crew who are already in orbit, it is a pleasure and an honor to be granted this role of Ambassadors in Space for the game of hockey and for the KHL." 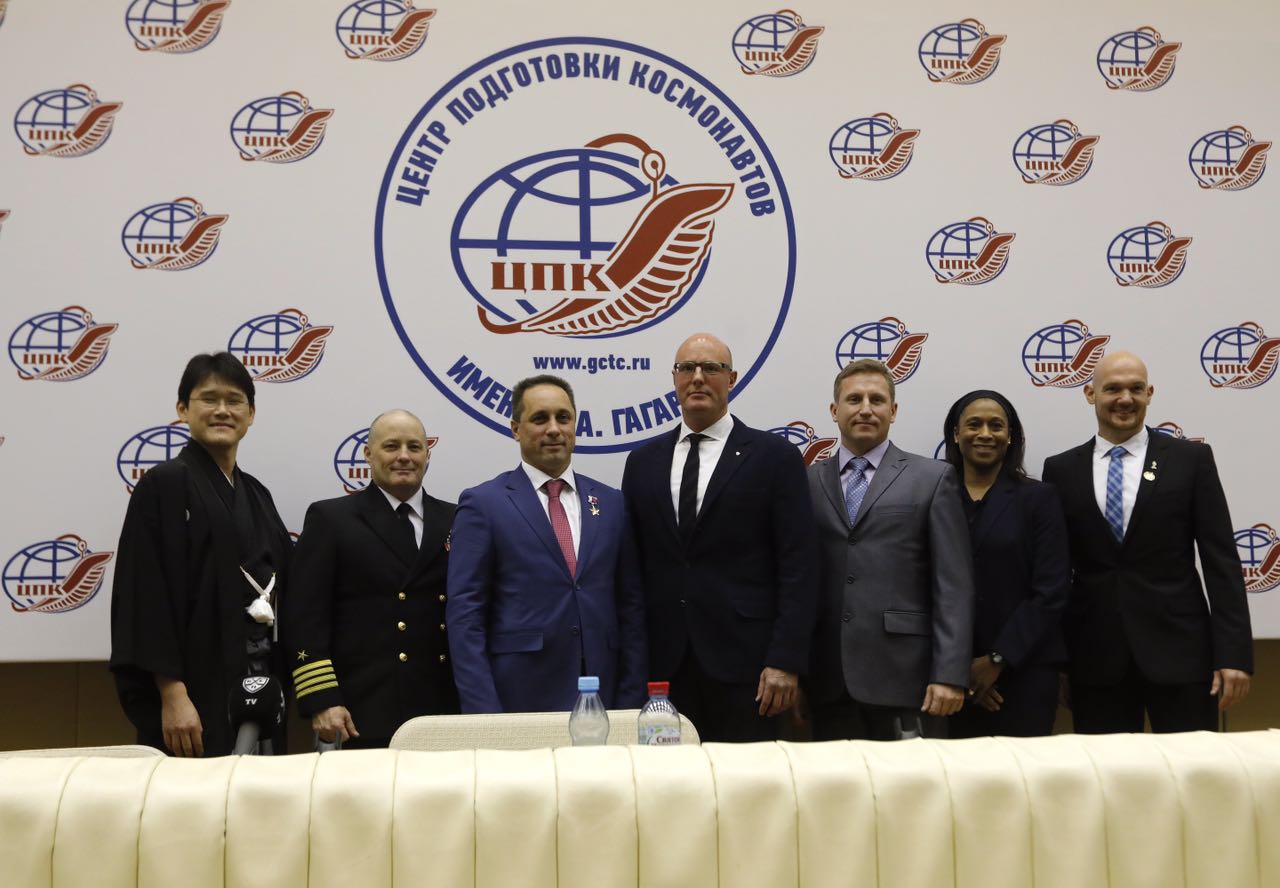