Parenteau: The KHL is my route to the Olympics.

On the first day of November, Canadian forward Pierre-Alexandre Parenteau - formerly of the Blackhawks, Rangers, Islanders, Avalanche, Canadiens, Maple Leafs, Devils and Predators (NHL totals: 511 games, 116 goals, 185 assists) - signed a contract with Avtomobilist, and he marked his KHL debut against Torpedo with a goal, although admittedly, it was an opposing forward, Vladimir Galuzin, who inadvertantly guided the puck into the net. After his fourth game for the Yekaterinburg team, Pierre-Alexandre Parenteau spoke to KHL.ru about his impressions, his experience, and his desire to secure a spot in Canada's Olympic roster.

Following the decision by the NHL not to release its players for the forthcoming Olympics, there has been a flurry of experienced players opting for a move to the KHL to further their chances of a call-up for the big event.

“First of all, I want to play in the Olympics. That's the main reason why I came overseas, I'm not going to lie. At the same time, the KHL is a good league, and I am excited to be part of this team. We have a chance to be in the playoffs and we will try to take this team as far as possible.

The Olympics are a big part of it. I came late. I'd waited a long time, and I'd been to Detroit for a PTO, but it didn't work out. I am happy where I am now. It's fun, it's a new challenge in my life, and it's completely different to what I am used to, but I'm embracing it.”

Parenteau hails from Hull, Quebec, but he is not the only Francophone at Avtomobilist. There is, of course, his fellow Quebecois, Francis Pare.

“I knew about Frankie, and I think he played midget with my brother. Our home towns are very close, about 10 minutes away. I’d never met him before, but I knew of him, and he’s a good guy. He has helped me a lot here, same with Taylor Beck, Dwight King. They've helped me a lot with the Russian language, and it's good talking to Frankie in French” 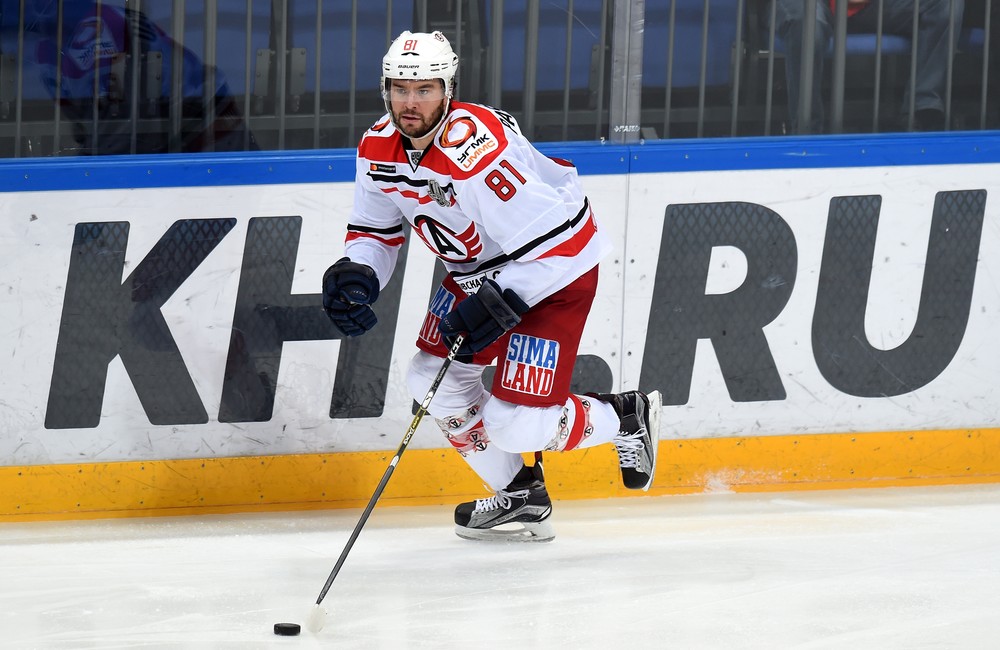 Parenteau has played four games in the KHL, and banked 3 points (1 goal and 2 assists).

“It's good. It's been a little bit of adjustment in the last few days. We are on a long road trip, but besides the defeat to Dinamo Riga we are playing good hockey. In the very first game I scored a funny goal, but it's been a tough couple of weeks. I am getting more comfortable, getting better. It has taken time to get used to the big ice, but I am just trying to make as many plays as I can during the game and help my team win.”

Last time Parenteau played for the national team was at U20 level in the 2003 World Juniors, when Canada lost the final to Russia in overtime. He has already encountered some reminders of that defeat, but he has reason to be confident of a return to international duty and he is part of Team Canada's plans for December.

“Yes, we lost the 2003 final to Russia in Halifax. Am I really playing with one of the guys from that Russian team, here in Avtomobilist? Dmitry Pestunov? I didn’t know! I'll talk about it with him tomorrow. In Cherepovets, I thought I recognised one guy, and it turns out it was Yury Trubachyov, who scored the game-winning goal for Russia,

As for the present, I’ve talked to GM Sean Burke and I know I will be at the Spengler Cup, and my family will be travelling to the tournament, but I don't know if I'll be in the Channel One Cup in Moscow.” 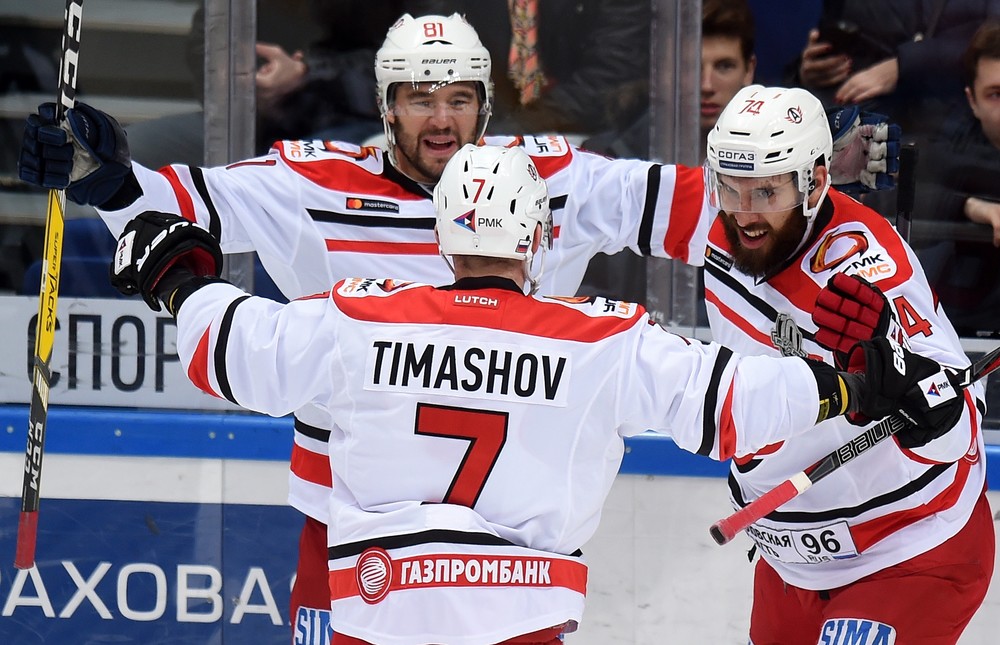 Avtomobilist now occupies a lofty fifth place in the Eastern Conference standings, so the team has a realistic chance of making the playoffs.

“We have some really big players, like captain Alexei Mikhnov, Denis Kulyash, Nikita Tryamkin. They are very big guys, but we have some smaller guys who are really fast. We have a little bit of everything, and it's a really good mix of players, I’m just trying to fit in right now. Kulyash? Yes, I have seen guys who shoot the puck as hard as him, but it's a big factor for Kulyash that he hits the net when he does it. It's tough for the goalies to control. I like him, and he's been moving the puck well. We have a lot of skill throughout the team, and a good goalie.

I am here because they (Avtomobilist) made a really good offer. Frankie texted me and told me that it’s a good spot. It’s good city, too, and we have a nice spot where we live. I’m happy with my choice so far.”

During his career, Parenteau played alongside many Russians, and with some other players who are now doing well in the KHL.

“I played with Varlamov in Colorado, but I never talked to him about the KHL. Ten years ago, I played with Nigel Dawes and Martin St Pierre, and they’re doing really well here, so I hope that I’ll do the same. I thought I'd see Stanislav Chistov in the game against Riga, but he didn’t play. He was my buddy when I played with the Cincinnati Mighty Ducks.” 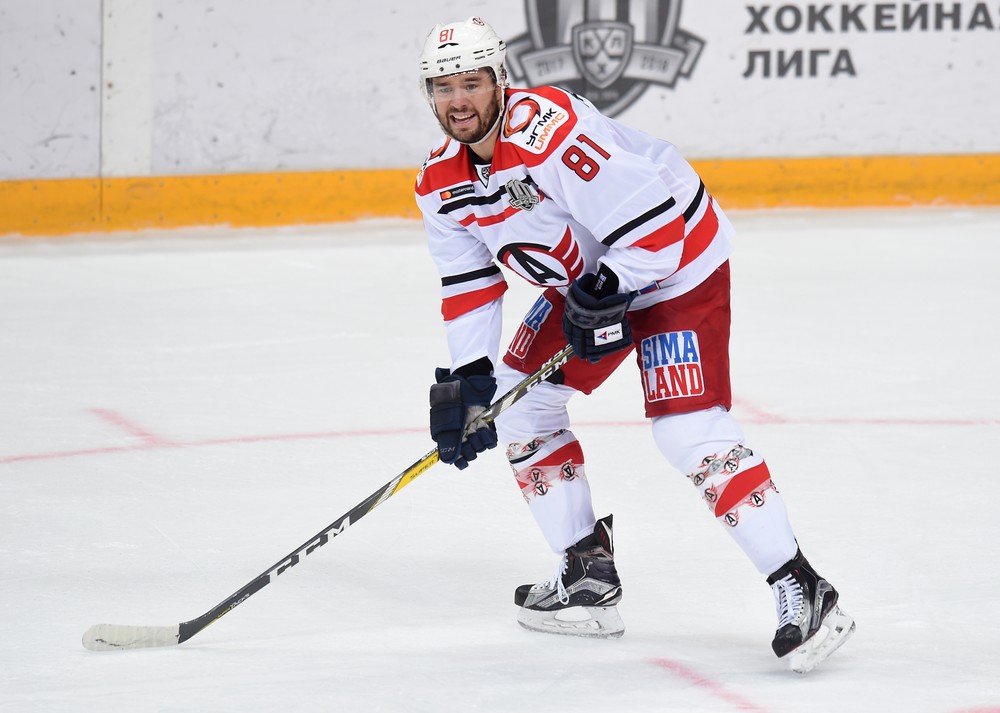