A debut goal to savor, an Olympic dream to nurture. KHL week in review

Every athlete dreams of the chance to be the very best … and in Olympic year those dreams gain extra weight. As the first international break of the season beckons, the focus shifts to those hoping for a trip to Korea in February. Canada and Team USA both announced their rosters for the upcoming warm-up tournaments, and both named plenty of KHL players.

Next year’s Olympics might be a little early for Slovakian prospect Boris Sadecky, but the 20-year-old Slovan forward highlighted his potential with his first ever KHL goal … and what a goal it was!

With no NHL players heading to this season’s Winter Olympics, the KHL’s North American contingent is in with a great chance of representing Canada and the USA in Korea next year. Both nations are stepping up their preparations in November, with the Canadians sending a team to the Karjala Cup and the Americans going to the Deutschland Cup. And a total of 24 KHL players will be involved in the two tournaments.

The USA has seven current KHLers heading to Augsberg, including four from Jokerit Helsinki. Goalie Ryan Zapolski, D-men Mike Lundin and Matt Gilroy and forward Brian O’Neill all make the trip from Helsinki, while defenseman Jonathon Blum (Admiral and forwards Dan Sexton (Neftekhimik) and Ryan Stoa (Spartak) are also in the party.

Announcement of the week

Sometimes, a player introduces himself in some style. Last week, Slovan’s 20-year-old forward Boris Sadecky did exactly that. It wasn’t just his first goal in the KHL, it was the manner in which he scored on Lokomotiv, showing pace, composure and skill to rip through the visitor’s defense and beat Alexander Sudnitsin. There haven’t been too many highlights in Bratislava this season, but Sadecky’s big moment was definitely one of them.

The return of Chris Lee to Metallurg Magnitogorsk was the headline trade of the week in the KHL. Lee, hugely successful in his four seasons at the club, had returned to North America in the summer and had trials with the LA Kings. But the two-time Gagarin Cup winner ended up back in the KHL – and back in Team Canada’s plans ahead of the Olympics.

Lee wasn’t the only new arrival. Denis Kokarev came from Salavat Yulaev, and scored on his debut in Saturday’s game at Sochi. Another forward, Andrei Chibisov, also arrived from Ak Bars as last season’s runner-up looks to perk up its performances this time around. 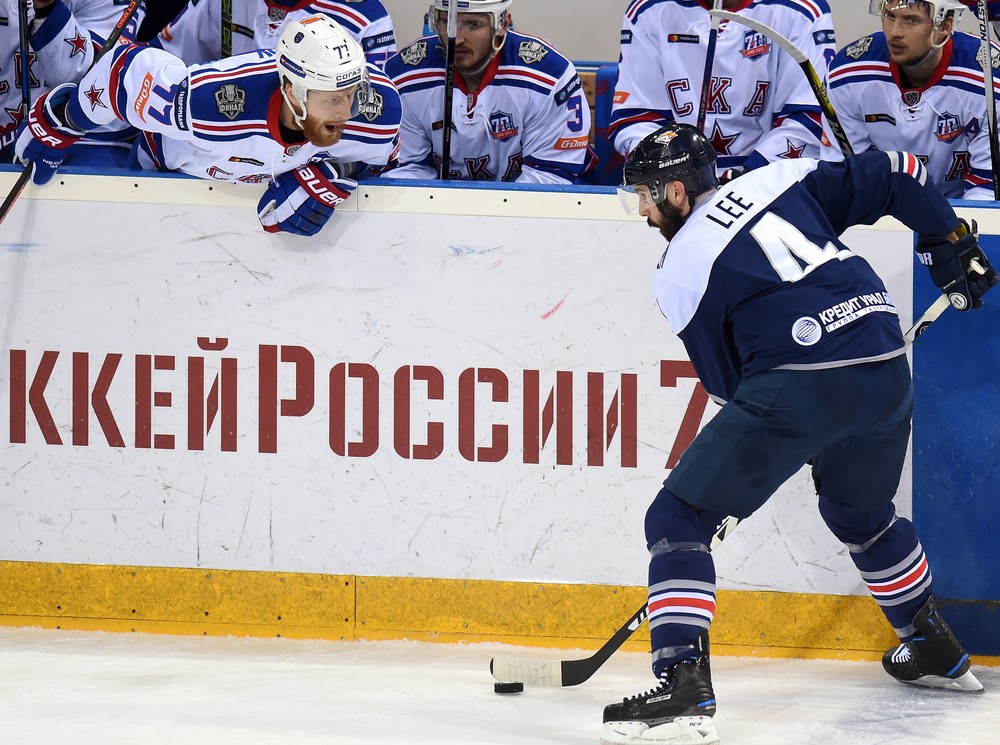 Friday saw the 50th anniversary of Jokerit’s first ever game – and the Finns celebrated with a 2-0 home victory over Dinamo Minsk. In a festive atmosphere at the Hartwell Arena, Ryan Zapolski showed the form that earned him his international call-up with a shut-out, and first-period goals from Brian O’Neill and Petteri Wirtanen secured the three points. 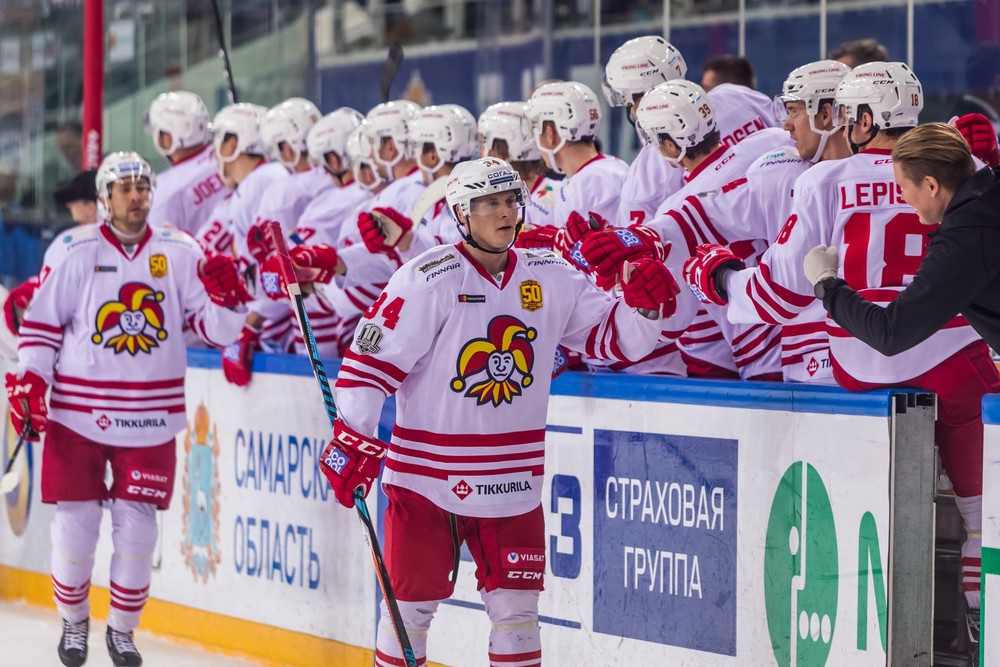 Medvescak Zagreb may no longer be playing in the KHL, but the league’s link-up with Croatia continues following the signing of Borna Rendulic. The 25-year-old forward, famous as the first Croatian born and trained hockey player to make the NHL, joined Vityaz after a stint with Pelicans in Finland. Rendulic, a regular in Croatia’s national team, got his first goal for his new club in Wednesday’s 2-4 defeat against SKA. 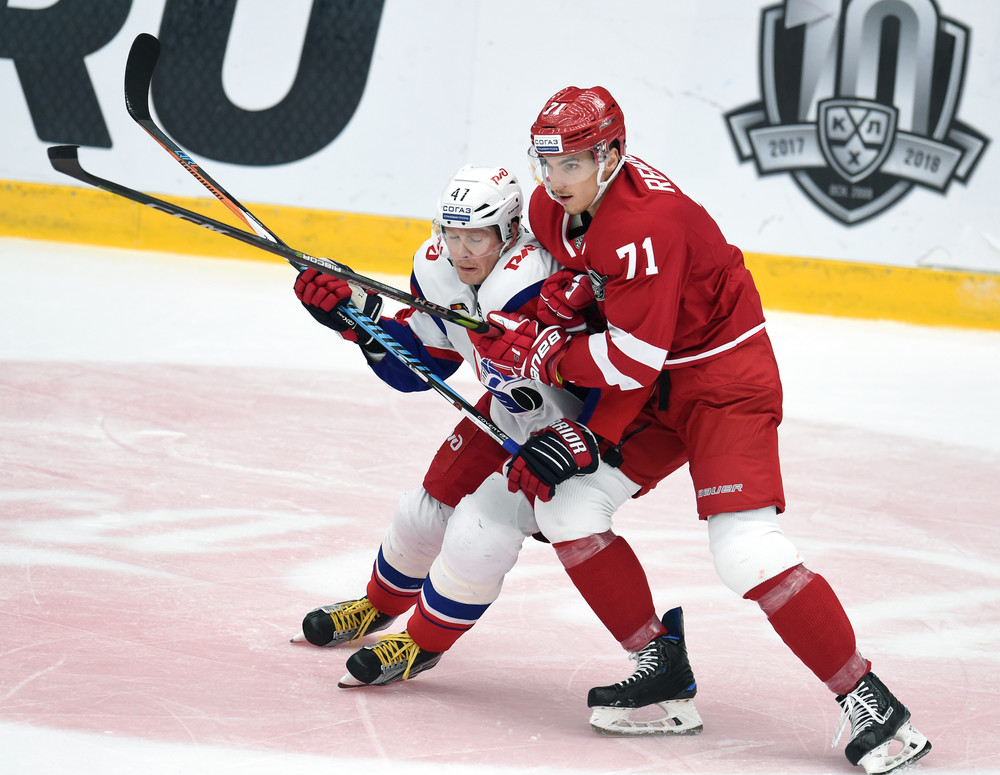 Coaching staff of Russia U20 national team led by Valery Bragin put out the list of candidates for participation in CIBC Canada Russia Series – an annual November six match series with the national teams of Canadian junior leagues (series will start on November 6-th).

On October 25-th in the territory of the sports Luzhniki complex the ceremonial opening of a sculpture of the famous Soviet hockey player, the forward of CSKA and USSR national team Valery Kharlamov was held. The main trophy of JHL is called by the name of Kharlamov. In eight years Kharlamov's Cup was lifted over the head by captains of six teams from five cities of Russia.

Dinamo SPb player Vladimir Mikhailaki was awarded for the help during terrorist attack in the St. Petersburg subway. Mikhailaki, 17 at the time was in the subway at the Institute of technology station and took active part in the rescue.

Tayfun beat Kunlun Red Star Junior on Friday (4:0). In the end both teams engaged I a big brawl causing referees to give 304 penalty minutes combined. 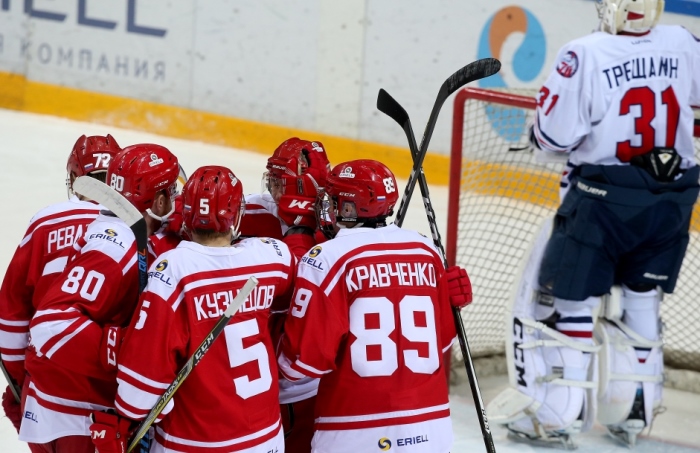 After the first pause in the season, the WHL returned to action this week with no fewer than five matches taking place Biryusa played twice at home in Krasnoyarsk against SKSO (Sverdlovsk Region), while Agidel of Ufa traveled to Saint Petersburg for two games against Dynamo, who then welcomed Skif (Nizhny Novgorod) to Russia's “northern capital” for a pair of matches – the hosts emerged victorious in the first encounter while the second is schedued for tomorrow.

Thanks to impressive back-to-back road victories, Agidel has added six points to its account and remains on top of the standings, but this feat was matched by Biryusa, so the Krasnoyarsk outfit is still breathing down the Ufa team's neck in second place. The win over Skif by the Petersburg women was enough to put them third in the standings. 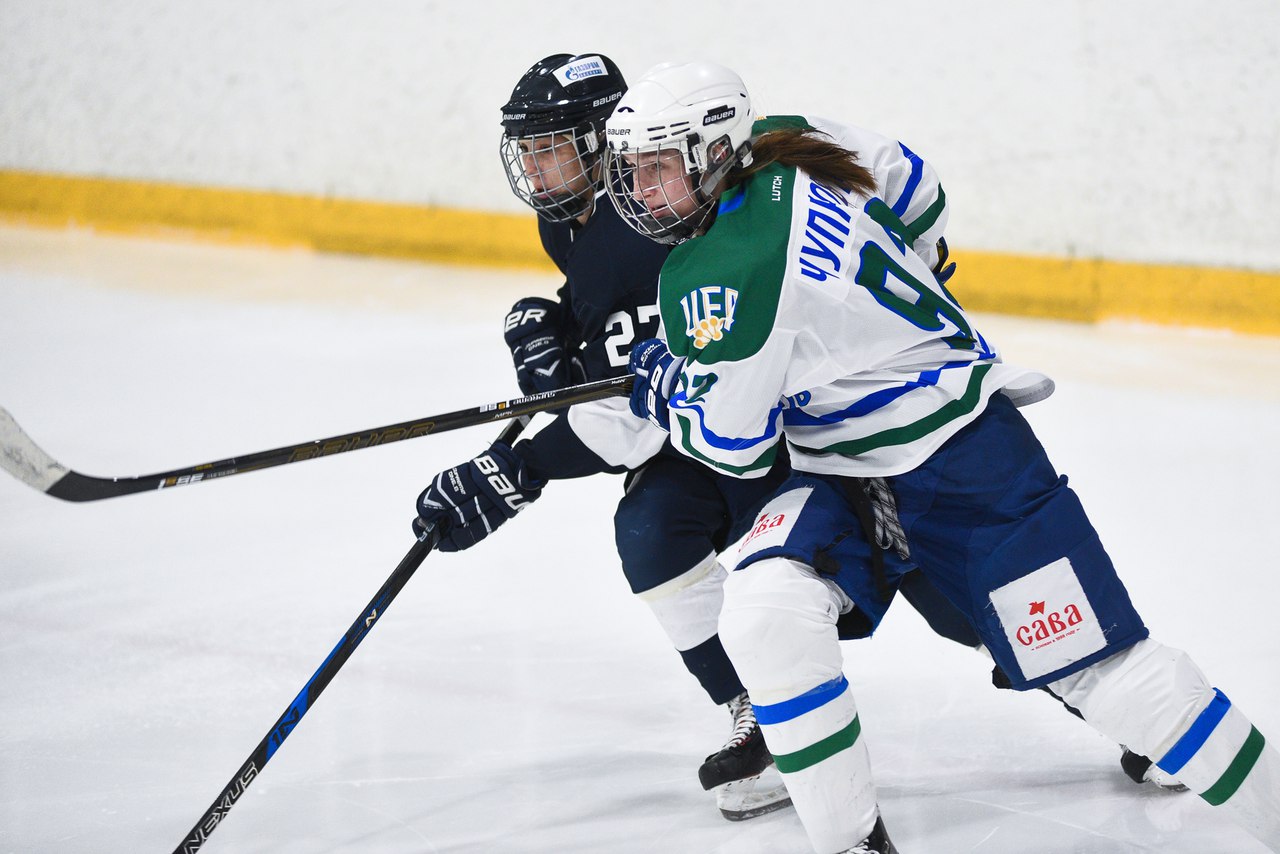