At around 9pm last night, there was every reason to envy the passionate home fans in Ufa attending Salavat Yulaev's regular season game against Barys Astana. They were witnessing one of the hockey fan's most beloved scenarios – a stirring fightback by the home side, recovering from 0-2 down to claim a 3-2 lead.

The go-ahead goal and apparent game-winner had been struck with 50:25 on the stadium clock, and the match had just entered the final minute.

But Nigel Dawes and Barys had clearly not read the script. Dawes struck his second of the night in a 6-on-4 on 59:06, Martin St Pierre made it 3-4 at 59:37, and with 8 seconds remaining, Dawes completed his hat-trick and an unlikely last-minute blitz to give Barys a 3-5 road victory. Three goals in 46 seconds.

The stadium was stunned. Even Salavat Yulaev's new coach, the highly experienced specialist Erkka Westerlund, appeared shell-shocked, saying “I just don’t understand how that can happen in professional hockey.” 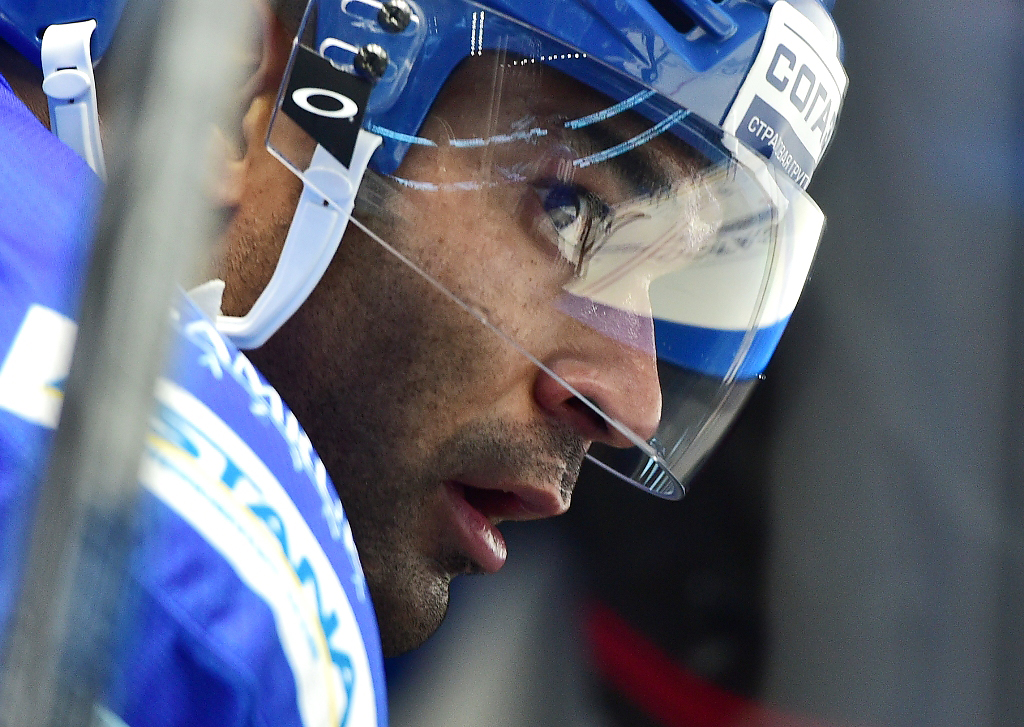 To shed some light on “how that can happen,” the hero of the night, Barys captain Nigel Dawes, the man whose KHL hat-trick tally now exceeds that of goal-machine Sergei Mozyakin, kindly shared his thoughts with khl.ru:

Khl.ru: At the press conference, the head coach said it was the most fantastic game he had seen in the last few years. What is your view?

Nigel Dawes: It was definitely an exciting game; there was a lot of back and forth and there were a lot of things happening really quickly. We scored two quick goals, so did they, so we scored three quick goals. In the game of hockey anything can happen. When you have momentum, good things can happen.

Khl.ru: How about that last one-and-a-half minutes? Where did you get the strength from?

Nigel Dawes: We had our backs against the wall and we were trying to tie the game. We got a good bounce on the power play, and Pushy (Pushkaryov) and Marty (Martin St Pierre) made a great play to score the game-winning goal. We didn't sit back after tying up the game; we went out to win it, so it was a great comeback victory for our team.

Khl.ru: When you were trailing 2-3 and there was that time-out, what did the coach say to you?

Nigel Dawes: He didn't say anything. He just let us rest (laughs).

Khl.ru: You have now surpassed Mozyakin as the KHL's leading hat-trick scorer, and you've just made the best start to a season, in terms of points, in your entire KHL career. How does that feel?

Nigel Dawes: It feels great! We're getting some balances, the team's playing well, and we're capitalizing on our chances. We have a young team, we want to get off to a good start, and sometimes, you make your own luck. Right now things are going our way, but it's a long season and you have to take things as they come, but we need to keep working hard, creating chances, and taking advantage of those chances.

Khl.ru: Many doubted that Barys could put together a fearsome first offensive line after the high-profile departures of Bochenski and Boyd, but you seem to be proving them wrong. What can you tell us about your new partners?

Nigel Dawes: My new partners are playing really well. They're adjusting well to the KHL and they're creating chances, making plays, scoring goals. Hockey is just like life: some people retire, some go to different teams, and there were many changes to the team during the off-season, but others are coming in and taking full advantage of the slots and opportunities that became available. We've got to keep playing well and keep building on our early success. 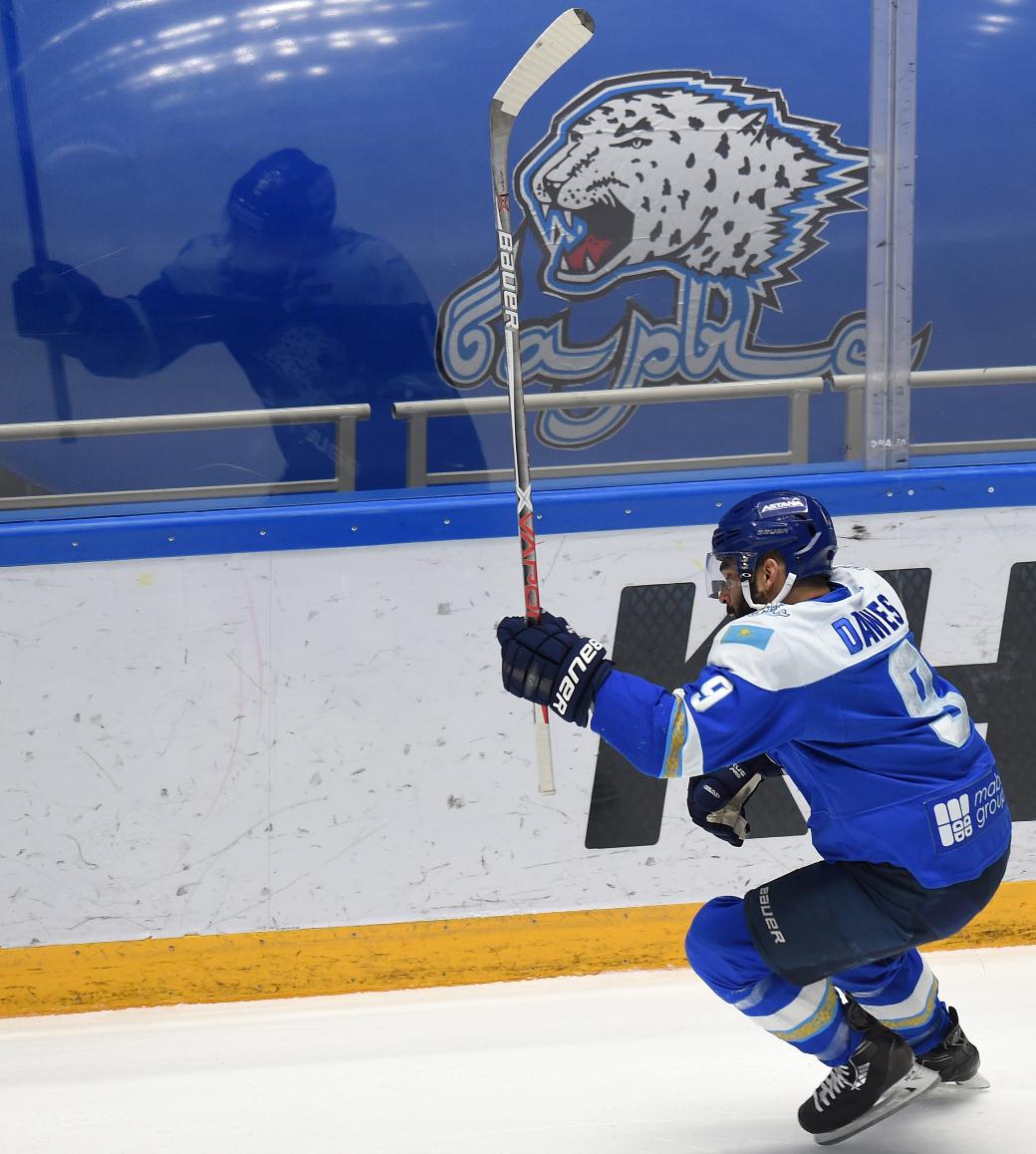 After the words, the figures...

This was the 9th occasion in which Dawes has scored three or more goals in a KHL game, and his overall goals tally now stands at 190, which cements his place in the Top 100 goal-scorers in Russian and Soviet hockey history (he now shares 84th spot with Valentin Gureyev and Mikhail Varnakov Jnr.). Moreover, Dawes is the undisputed king of the Foreign Legion's snipers, not only in the KHL but in all Russian championships.

Dawes is particularly dangerous against the Salavat Yulaev defense. He has hit the Ufa net no fewer than 20 times, more than any other player bar two: Danis Zaripov (27), and predictably, Sergei Mozyakin (22), but Dawes is a particularly unwelcome guest: he has scored 11 of his goals in Ufa – the same as Zaripov and one more than Mozyakin.

This season, Dawes already has 8 goals to his name after only 6 outings – doubling his previous best start of 4 goals in 6 matches back in 2013-14 – and he sits proudly on top of the 10th Championship's standings for goals and points.

Following events such as last night's thriller in Ufa, it is tempting for sports journalists to reach for the term, “unbelievable,” but Dawes and the Astana boys would doubtless reply, “You'd better believe it!” We shall settle on “unforgettable.” And we are barely a tenth of the way into the tenth season. Here's to many more such moments!