As KHL season #10 gets underway, let’s take a look back at some of the great players we’ve enjoyed up to now. Like all these lists, it’s an entirely subjective view of guys who lit up the league.

Part two looks at some of our best imports – not including those who only came during the lock-out (sorry, Niklas Backstrom). While our Russian list was built around young players who matured after getting their break in the KHL, this selection includes some more experienced players who came to the league as fully-fledged stars – and some who blossomed into big talents while they were here.

Vehanen wasn’t a stranger to Russian hockey – he’d played in the Superleague for Neftekhimik in 2006-07 – but his return to Ak Bars in KHL season #2 was triumphant. The Rauma native joined the defending champion in mid-season, and promptly back-stopped Kazan to a second Gagarin Cup. How good was he that season? Let’s check out the stats: in 22 playoff games, he allowed just 1.60 goals per game, with an SV% of 93.7%. That made him the league’s top goalie by any metric and, just for fun, he had more post-season shut-outs than anyone else as well.

Vehanen stayed in Tatarstan for another season, posting more strong numbers despite Ak Bars’ second-round loss to Salavat Yulaev. He carried that inspired form to the Worlds, helping Finland win gold with tournament-leading stats. Then he returned to his first club, Lukko, before joining Lev Prague for the 2013-14 campaign. And, once again, Vehanen dominated in the playoffs as Lev made its fairy tale run to the grand final. He couldn’t quite match the heights of his regular season GAA of 1.66, but he once again had more post-season shut-outs than any other.

Now 39, Vehanen is still playing in the German league with Eisbaren Berlin. 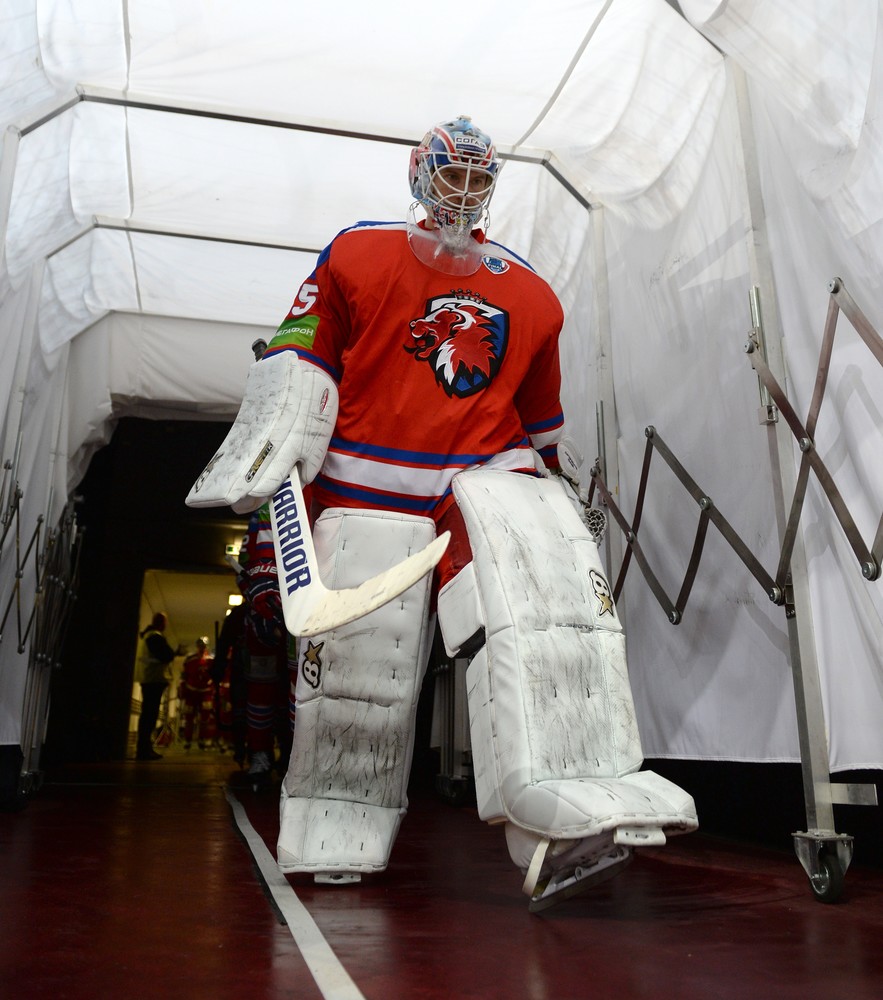 Only two Canadians have iced in a World Championship while playing the KHL. Joel Kwiatkowski (Severstal, SKA), was the first in 2009, Chris Lee had a bigger impact last May. By that time, the experienced D-man had already played in three Gagarin Cup finals, lifting the trophy twice, and established himself as a cult hero in Magnitogorsk.

But Lee’s career wasn’t always straightforward. Undrafted, and playing for SUNY-Potsdam in the NCAA III, he seemed destined for life in the minor leagues. Instead, he switched from forward to defense, came to Europe and – improbably – found that his stats improved as he got older and the leagues got tougher. By the time he arrived in Russia, he was ready to show as a league-leading blue-liner: four times an All-Star, a clutch of scoring records – including the league’s best 51 assists last season – and those big cup wins. Throw in a reputation as one of the nicest guys on the circuit, always ready to make time for an interview, and you’ve got a recipe for greatness.

After picking up a silver medal with Canada in Cologne, Lee, 36, confirmed that he’s ready to return to North America. An NHL debut – the oldest rookie in town – would be a dream come true; if that doesn’t happen, a likely Olympic call would be a more than impressive consolation prize. 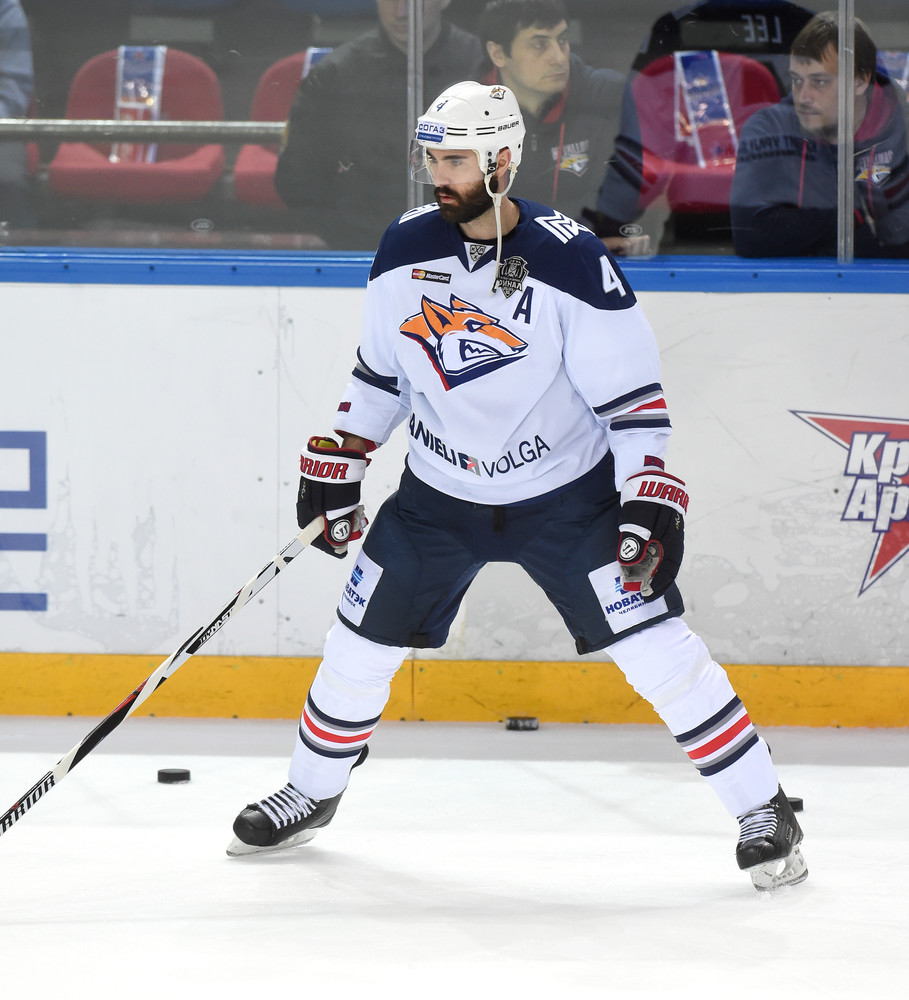 American D-man Deron Quint was a key player in Traktor’s emergence as a real force in 2012 and 2013. His free-scoring instincts – he had 159 points in 357 regular-season games, and improved to 0.52 ppg in 60 playoff outings – kept among the most productive blue liners across seven seasons in the league. Along the way he helped Traktor reach a Gagarin Cup final and top the regular season table.

But the Chelyabinsk team he joined was hardly a high-flyer: in his first season, Traktor missed the playoffs despite a 32-point return from Quint. Then, things began to pick up. It’s easy to talk about the value of Evgeny Kuznetsov’s sudden maturity as a forward, but it’s a team game – and Quint’s role on defense was every bit as important to Traktor’s success. He was the leading scorer on defense in the Gagarin Cup run of 2013 and twice topped the goalscoring charts for D-men.

After leaving the KHL in 2016, Quint went to Germany and helped Munich win the DEL title, his fourth championship in that league. 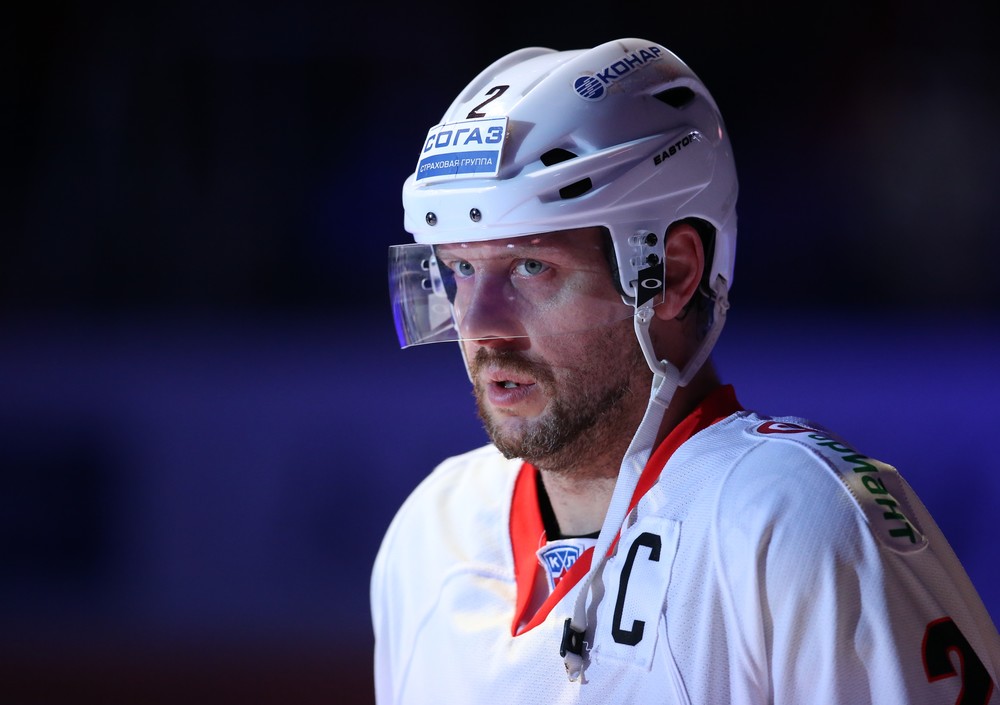 By no means the most elegant hockey player, and rarely his team’s most productive forward, Komarov became a cult hero for Oleg Znarok’s Dynamo due to his willingness to throw everything into battle for his team. His wrestling for position and possession on the slot built the foundations for the Blue-and-White offense; his post-game cheerleading endeared him to the home crowd.

The Estonian-born, Finnish-raised Russian speaker came to the KHL from the Finnish league. At the time, he looked like a hard-working, niggly opponent, but few saw in him the kind of class that would win titles and World Championships. But his game matured in the KHL, and he developed into a power forward capable of holding down a role for the Maple Leafs. He’s now an alternate captain in Toronto, and played on Finland’s World Cup of Hockey roster last season. Not bad for a tough-talking big-hitter once dismissed as bottom-six material at best. 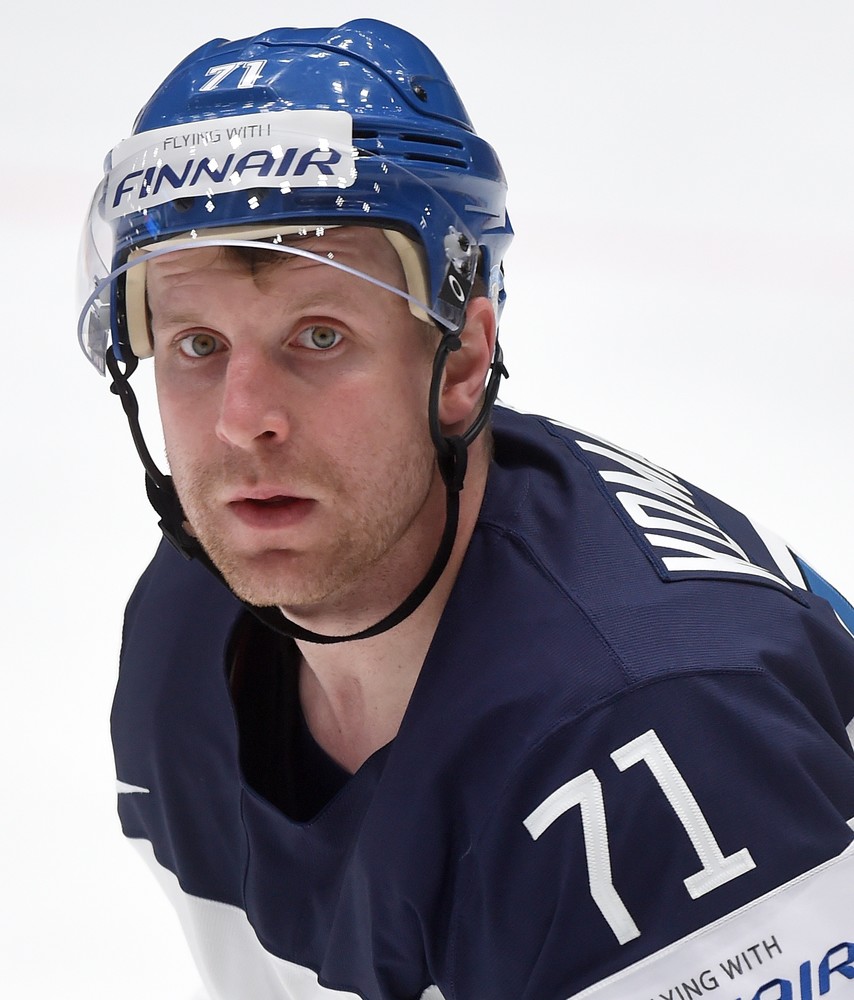 One of many great Finns to feature in the KHL, Lehtera was part of Sibir’s rapid development under head coach Dmitry Kvartalnov. He had already spent a season with Lokomotiv before moving to Siberia, but his numbers really improved under Kvartalnov. He scored 46 in 52 games in the coach’s first season, 44 in 48 next time around. That secured an Olympic call-up and a move to the St. Louis Blues.

His game was the opposite of Komarov’s: Lehtera has the skillset and creativity to unpick defenses with a well-placed pass, rather than bludgeon them apart with brute force. At times he was a scintillating player to watch, particularly in partnership with Jonas Enlund. Next season will be Lehtera’s first with the Philadelphia Flyers. 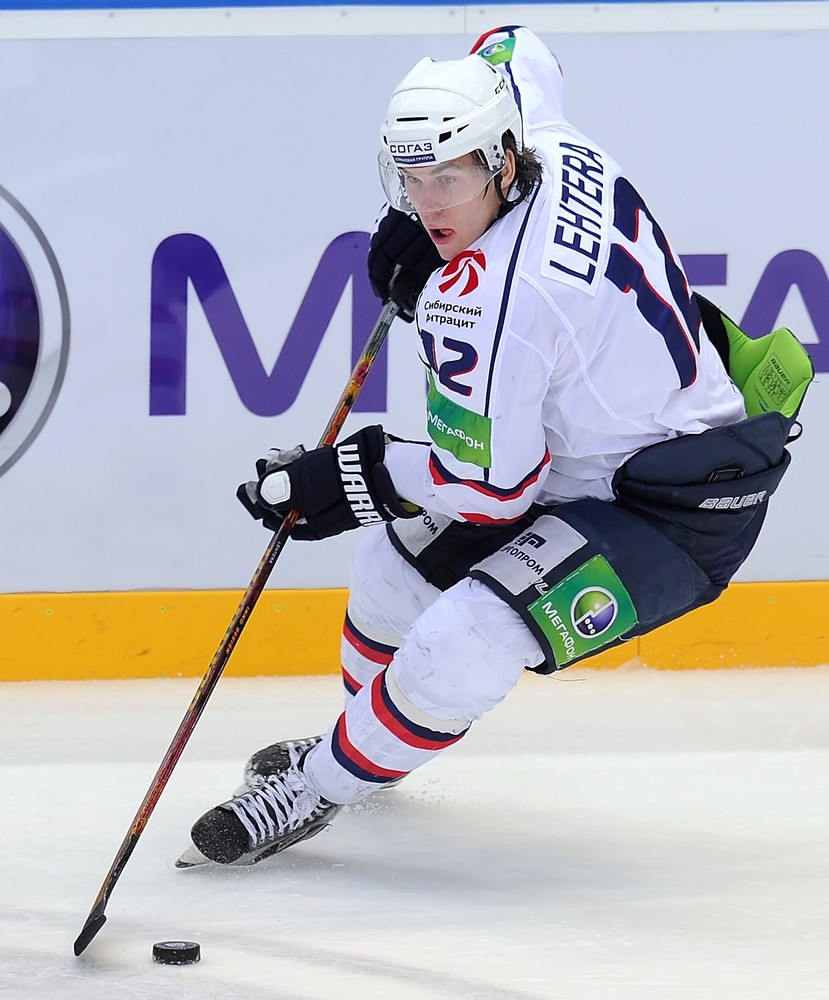 When the KHL began, the signing of Jaromir Jagr was a big coup. The Rangers’ captain swapped New York for Omsk, without even a lock-out to encourage him to move. For many hockey fans in Russia, this was an unexpected thrill: regardless of who you supported, bringing a player of Jagr’s undoubted calibre from the NHL to Russia was evidence of a challenge to the established balance of hockey power.

Jagr delivered. Not in terms of trophies: Avangard did not get close to Gagarin Cup in his three seasons. But in terms of points of the board, his return was impressive: 145 in 155 regular season games, 20 in 26 post season appearances. And in terms of prestige, know-how and inspiration, his contribution was priceless.

The ageless Czech returned to the NHL in 2011-12 and kept on scoring. Currently without a club, the 45-year-old is still eager to play. Indeed, Kunlun Red Star’s head coach Mike Keenan recently suggested that the veteran could be an ideal signing for his team. As a player, and as a focal point in the locker room, Jagr remains one of the all-time greats. 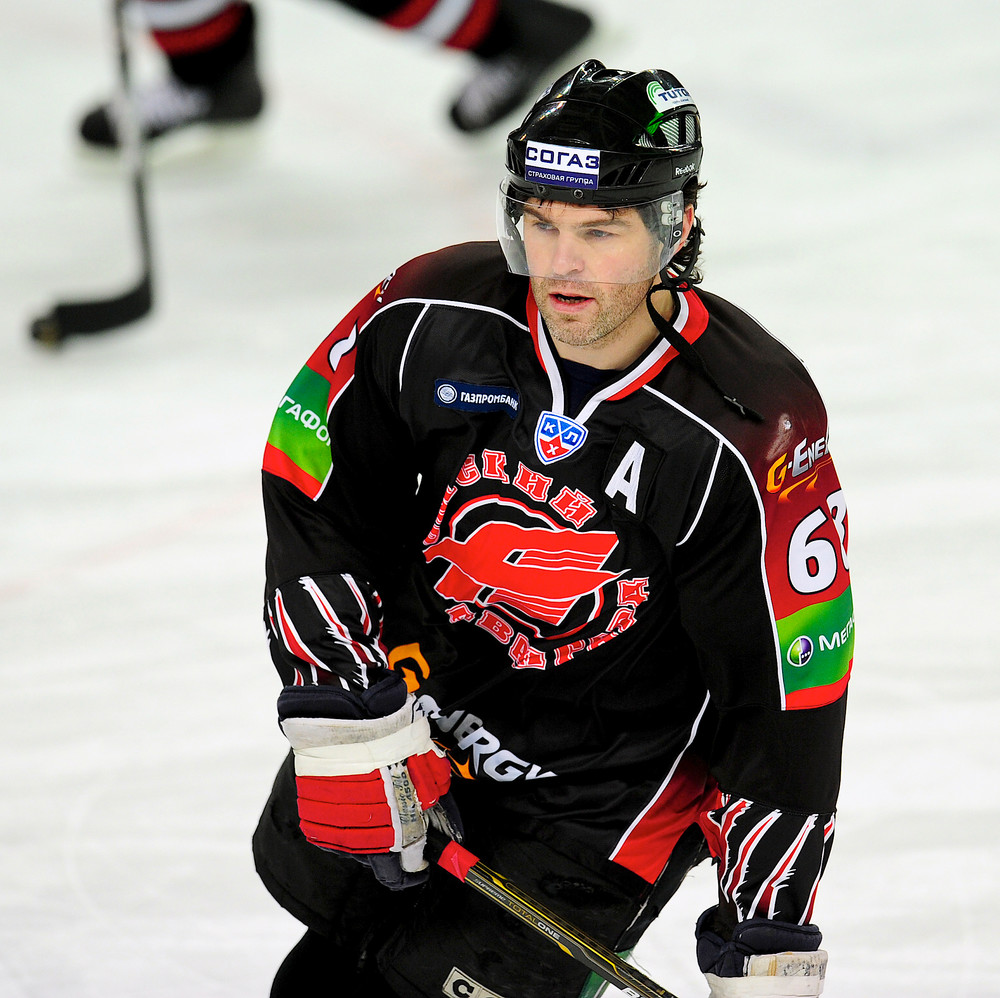