Top-class hockey came to China, Oleg Znarok came back to the KHL, Pavel Datsyuk sprinkled a little magic and Sergei Mozyakin shattered records at every turn. The ninth season of KHL action was never short of incident and excitement.

China, the world’s most populous nation and the venue for the 2022 Winter Olympics, lacks a big hockey tradition. But, in a country where sporting ambitions are high, the time is right to introduce the game to a huge new audience. And so Kunlun Red Star was born, based in Beijing and ready to represent the People’s Republic in the KHL.

With the local game still very much at the development level, there was an inevitable influx of international expertise. Vladimir Yurzinov took the helm as head coach, a veritable United Nations of Finns, Russians, Slovaks and North Americans featured on the ice, but there was scope for some local heroes too. Zach Yuen became the first Chinese player to score points in the KHL.

There were challenges: a long spell playing in Shanghai due to a double booking at the team’s Beijing home made it difficult to generate support in the early months of the season. Sometimes, there was a steep learning curve on the ice. But the team had its achievements as well, making the playoffs in its debut year and seeing top scorer Chad Rau get an All-Star call-up. In all, a promising start; something on which Chinese hockey can build. 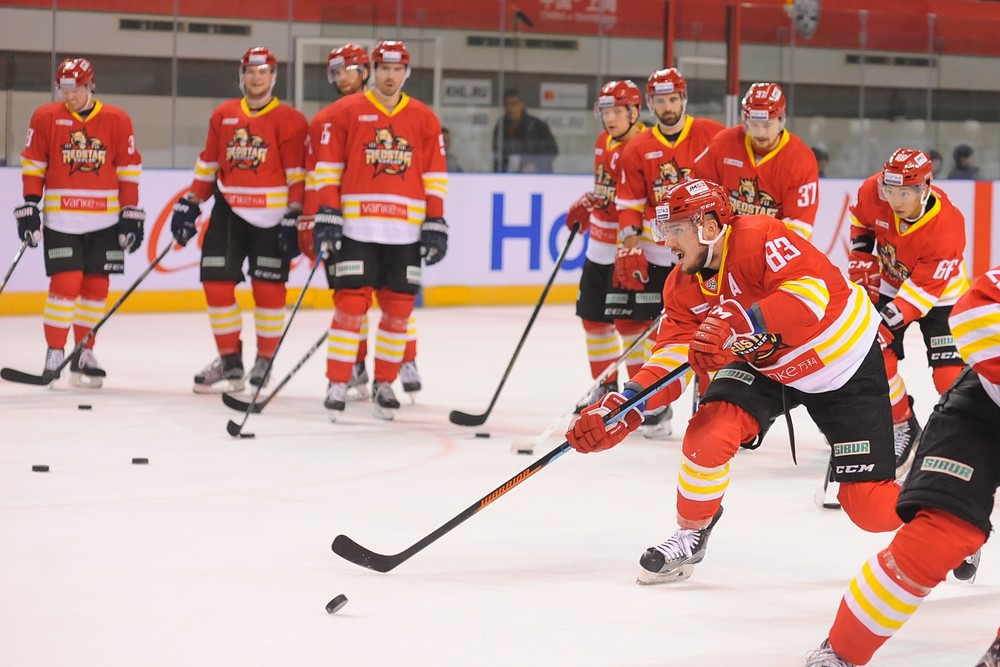 Was the summer of 2016 a win or a loss for the KHL in terms of trades? It probably depends which team you root for. CSKA had grounds to feel this it was a big loss: Dmitry Kvartalnov’s team saw Alexander Radulov and Nikita Zaitsev head to the NHL; Roman Lyubimov soon followed them. It robbed the roster of some explosive scoring talent and one of Russia’s brightest young D-men.

SKA, meanwhile, had plenty to celebrate. An agreement to share head coach Oleg Znarok with team Russia brought a decisive end to coaching uncertainty. The signing of Pavel Datsyuk – now a veteran, but still a legend – added a touch of star quality, while the acquisitions of Viktor Tikhonov, Sergei Plotnikov and Nikolai Prokhorkin were a statement of intent.

One other trade came with little fanfare, but made a big impact. Sibir captain Alexei Kopeikin, somewhat surprisingly, opted to join Vityaz. The experience forward became a key part of Valery Belov’s roster; alongside a reinvigorated Maxim Afinogenov, he helped the Podolsk team to its first ever KHL playoff campaign. 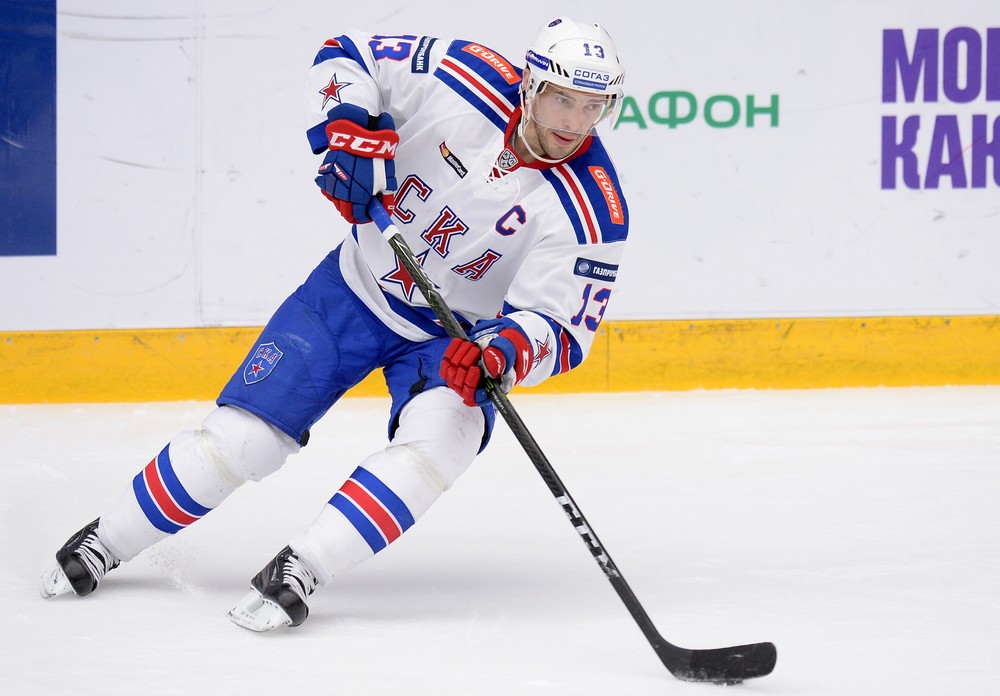 Game one brought a clue about how the season would unfold. Sergei Mozyakin scored, Metallurg Magnitogorsk won. That would happen repeatedly: Mozyakin finished regular season with a KHL-record 48 goals and 85 points; Magnitka topped the Eastern Conference and made it to the Gagarin Cup final. But those bare stats only begin to tell the story of Mozyakin’s heroics.

On September 15, Mozyakin scored in Minsk to tie the game on the way to a 5-4 win for Metallurg. That was his 429th goal in Russia’s top league, beating Boris Mikhailov’s all-time record. Mikhailov, a Soviet-era star who, unlike today’s top scorers, never had the chance to play overseas, set his mark back in 1980, five months before Mozyakin was born.

There was more to come. In the opening round of the playoffs, Mozyakin scored his 1,000th point in Russian hockey – an unsurpassed achievement. The goal came in Beijing during a 3-2 win over Kunlun on Feb. 26. Number 1,001 soon followed, an assist on Danis Zaripov’s GWG. 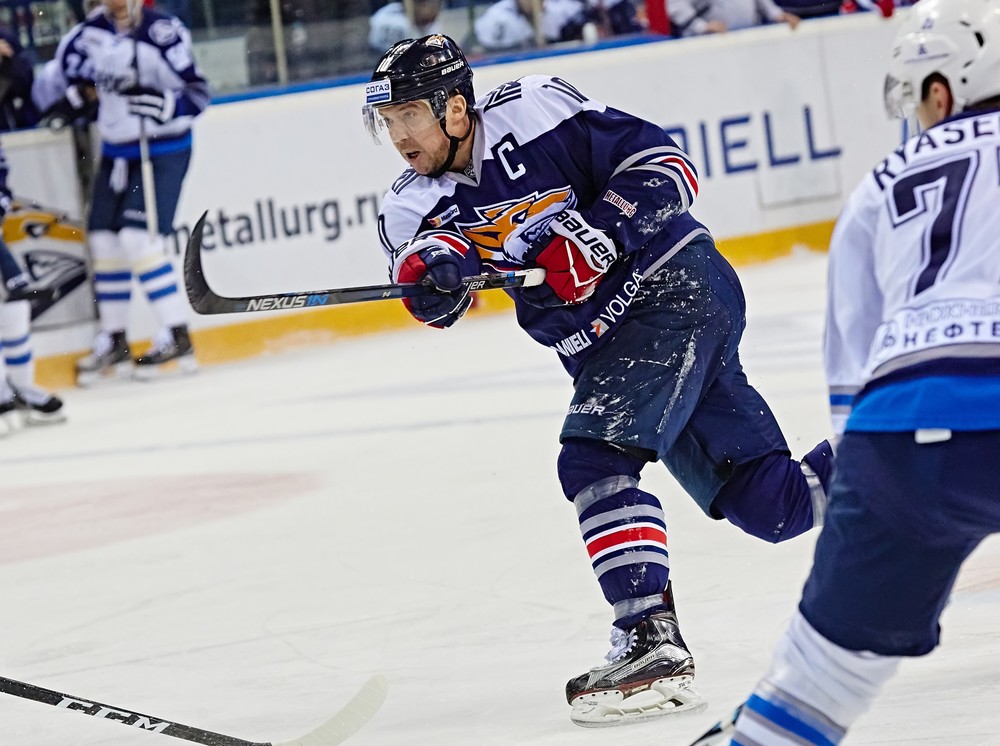 Metallurg began by lifting the Opening Cup, but the early attention focused on Canada and China. Kunlun made a winning start to life in the KHL, claiming a 6-3 victory over Admiral in its first home and introducing 8,000 Chinese fans to the thrills of top-class hockey. On the other side of the world, in Toronto, Russia took four KHLers to the World Cup of Hockey, with Znarok and Magnitka’s Ilya Vorobyov on the coaching staff. Three other players from our league – Vladimir Sobotka and Tomas Kundratek of the Czech Republic, and Mikko Koskinen of Finland – also went to the tournament. Russia lost out to Canada in the semi-final.

Back home, SKA looked powerful. Igor Shestyorkin went 272 minutes and eight seconds without allowing a goal, setting a new club record. The team won 15 on the spin, including a 9-0 drubbing of Barys. The Znarok effect was in full force.

A rule change on December 13 introduced three-on-three overtime to decide tied games. A couple of days later, Chad Rau and Kunlun made a little bit of history by scoring the first game-winner in the new format to defeat Avtomobilist.

There was also a new format for the All-Star Game, now an All-Star week. Instead of a one-off clash between East and West, each division sent its best players to Ufa and augmented the roster with one of the stars of the Youth All-Star Challenge earlier that week. As a result, Andrei Altybarmakyan ended up as the unlikely hero, getting the winning goal for the Chernyshev Division in the final. 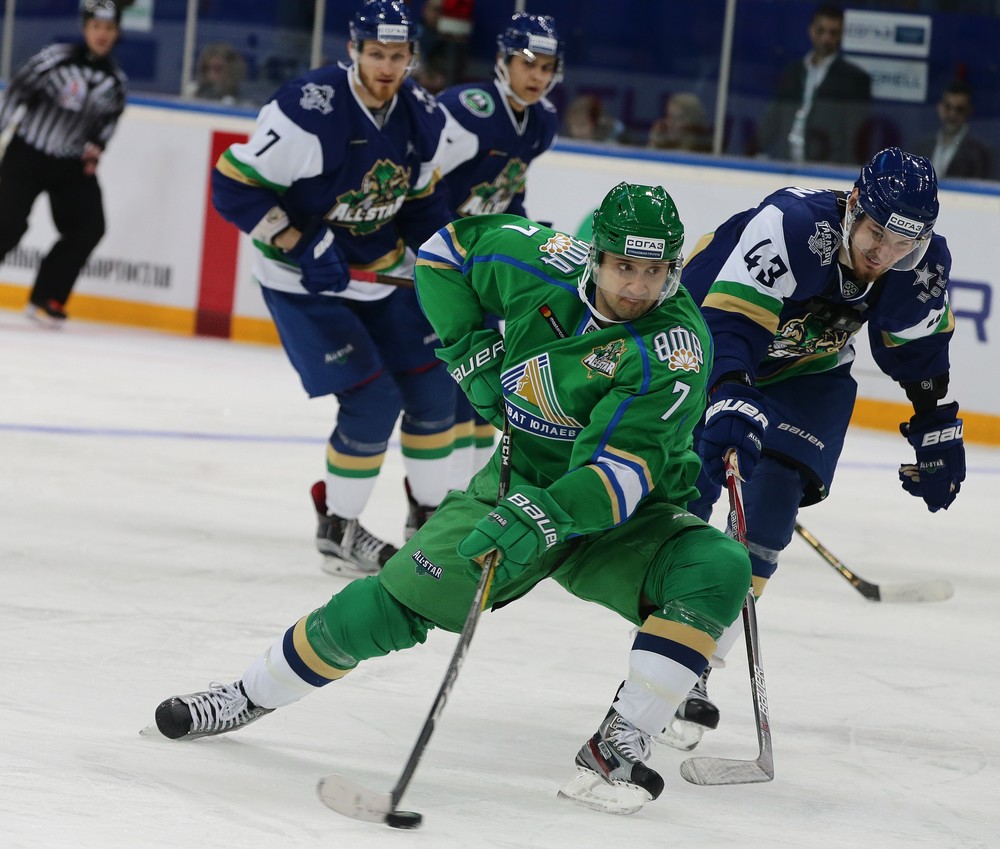 He wasn’t the only young player to illuminate Ufa. Kirill Kaprizov was a shining light in a difficult season for Salavat Yulaev, coming close to beating Evgeny Kuznetsov’s record for points from a junior player. He might have cleared that mark if he hadn’t missed games to go to the World Juniors, where he had nine goals and three assists as Russia won bronze.

As regular season came to an end, CSKA and SKA battled it out to lift the Tikhonov Cup as regular season champion. In the final week, the Muscovites overhauled a three-point deficit to tie on 131 points and claim the prize – for the third season running – by virtue of winning more games in regulation.

In the playoffs, two teams made history. Kunlun, in its rookie season, and Vityaz, at the ninth attempt, reached post season in the KHL for the first time. Both, though, had the misfortune to be drawn against the eventual finalists. SKA swept Vityaz, Magnitka needed just five games to overcome Kunlun.

The second round saw Danis Zaripov become the first player to score three hat-tricks in a playoff campaign, while Dynamo Moscow’s Andrei Kuteikin earned a reputation for scoring from the red line against SKA, even though his team could not find a way past its Petersburg rival. CSKA’s hopes hit the buffers at Lokomotiv, the Yaroslavl team producing the surprise result of the competition to advance to the Conference final.

Astonishingly, both Conference finals ended as sweeps. SKA overcame Lokomotiv, but trailed in three of the four games – pulling off a two-goal recovery in the last five minutes of game one and profiting from Loko head coach Alexei Kudashov’s ejection from game three after a bottle of water fell from the bench onto the ice. In the East, Metallurg dispatched Ak Bars, but needed double overtime in game one and a 30-save shut-out in game two. In game three, Zaripov scored twice in the closing moments to turn a 1-2 deficit into a 3-2 win before Ak Bars finally wilted in game four. Zaripov matched Evgeny Dadonov’s playoff goals record of 15, and the two forwards would go head-to-head in the grand final.

But the final, despite throwing together a pair of potent offenses, was settled by defense. After the teams traded the opening games, SKA’s blue line imposed a lock-down. In game three, the Mozyakin line mustered just three shots on goal in 92 minutes as SKA won in double OT. Vasily Koshechkin’s 58 saves proved in vain as Dadonov got the winner. Game four was similar: Koshechkin faced 50 shots, Metallurg’s top line managed just four. SKA won 3-2, on two goals from defenseman Dinar Khafizullin and took a 3-1 lead.

Back in the Urals, the shackles finally came off the forwards. Metallurg went 2-0 up, SKA retaliated to lead 4-2. Zaripov alone fired seven shots at Mikko Koskinen, his line generated 13. But they could not find a way to turn the game around, even after Yaroslav Kosov made it a one-goal game once again. Oskar Osala came agonizingly close, hitting both posts in the closing moments, but Sergei Plotnikov’s empty-netter gave SKA a 5-3 win on the night and its second Gagarin Cup in three seasons. Znarok became the first head coach to win the trophy three times, and the first to take three different clubs to the final and only the second to win it with two clubs. 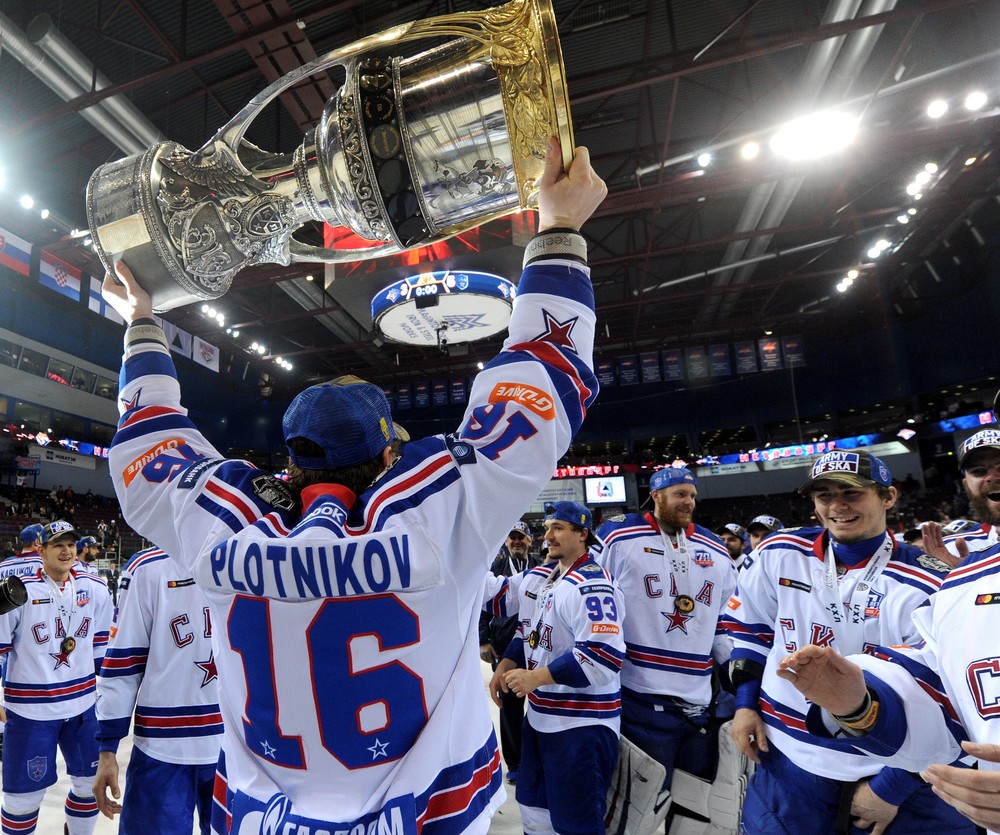