Changing the head coach in mid-season usually heralds a club in crisis. But in the 2015-16 campaign, Metallurg showed that change can be a positive force. Promoting Ilya Vorobyov from within the coaching staff, Magnitka went on to win its second Gagarin Cup.

One in, one out

Spartak Moscow made a welcome return to the competition after resolving the club’s financial problems during a one-year sabbatical. However, Atlant Moscow Region dropped out after several seasons of struggling to sustain a viable budget. Many figures within the Atlant organization, including GM Alexei Zhamnov, moved to Spartak. 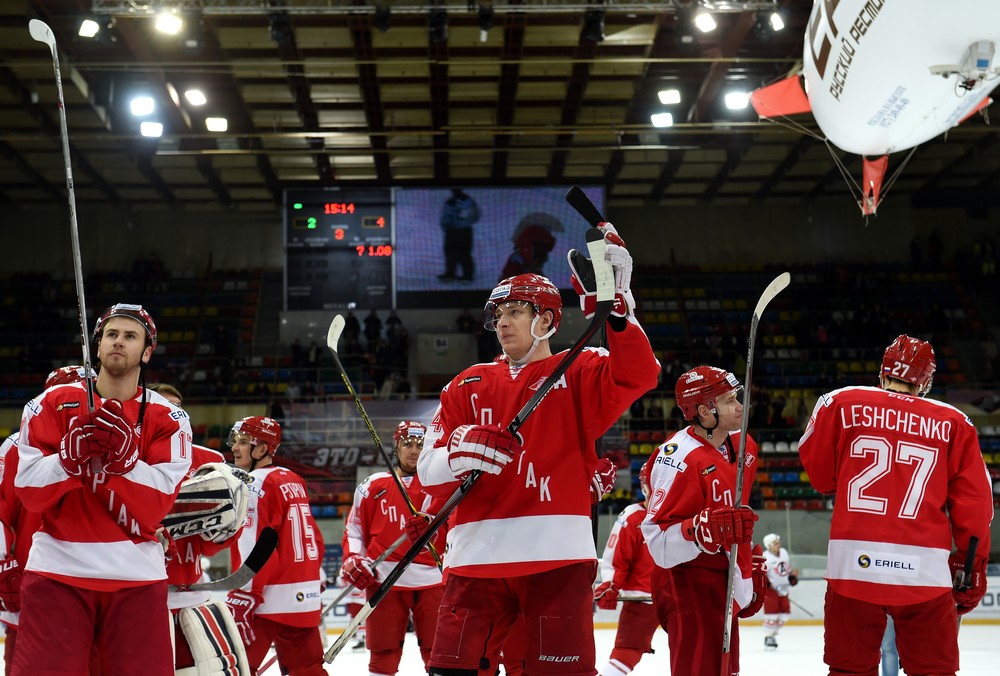 Pre-season brought a shock for SKA. The Gagarin Cup winner learned that head coach Vyacheslav Bykov was stepping down from his post for family reasons and would not the lead the team’s defense of its title. Andrei Nazarov was appointed in his place, but his reign proved short and fractious. A slow start to the season cost Nazarov his job on October 18; he returned to Barys, while Sergei Zubov stepped behind the bench in Petersburg.

Bykov’s right-hand man, Igor Zakharkin, remained in the KHL but moved to Salavat Yulaev. Initially, he held a wide-ranging role overseeing the entire hockey side of the organization, but after new head coach Anatoly Yemelin suffered a difficult start, Zakharkin took over as head coach in October.

In a season where 13 of the 28 teams changed head coach, Mike Keenan was another notable casualty. On October 17, he stepped down from his position at Metallurg and moved into an advisory role. Ilya Vorobyov took over behind the bench. 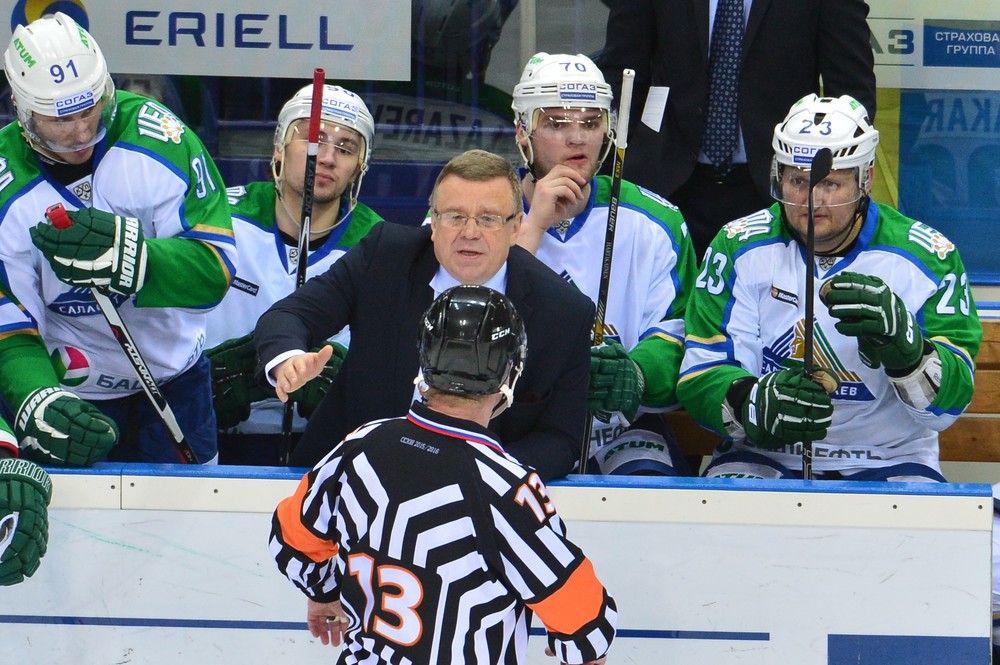 A change in the arrangement for the Opening Cup meant that, for the first time, the Gagarin Cup winner would meet the regular season champion. That set up a showdown between SKA and CSKA in St. Petersburg on August 24, with the Muscovites winning 4-3 in overtime. The early stages also brought the 5,000 KHL game. Ak Bars celebrated the landmark occasion with a 6-3 victory at home to CSKA on Sep. 18.

The regular season brought other landmarks: Sergei Mozyakin, always a reliable man for a new record, scored his 500th career point on December 26. Brandon Bochenski went on an extended hot streak, picking up points in 16 consecutive games from December 3 to January 19. In that time, he scored 24 (10+14) points as his Barys team collected 10 victories. Mozyakin (67 points) and Bochenski (59) finished the regular season near the top of the scoring charts; CSKA’s Alexander Radulov separated them with 63 points.

Last season’s regular season champ, CSKA, was involved in a great battle with Lokomotiv to claim top spot this time out. In the end, Dmitry Kvartalnov’s team edged it by two points, collecting 127 points to Loko’s 125, but Alexei Kudashov’s first season as head coach in Yaroslavl cemented his credentials as a talented tactician with a bright future. The teams’ dominance was confirmed by their advantage over the chasing pack: Jokerit and HC Sochi were next with 108 points, Avangard was the best in the East with 106.

It all pointed to a decisive shift in power towards the Western Conference, a trend reinforced by the All-Star game which the West won 28-23 at Moscow’s brand new VTB Arena. But that all changed in the playoffs.

Maybe it was the ferocity of the competition, but three of the opening-round match-ups in the West went to the lower-ranked team. SKA defeated Lokomotiv in five, despite losing the opening game of the series, Torpedo surprised Jokerit in six during a bad-tempered clash and Dynamo Moscow swept Sochi despite the Southerners’ impressive regular season. Even CSKA’s sweep of Slovan wasn’t as straightforward as it seemed. In two games, the Army Men came from behind to win, and late goals swung the verdicts in Moscow’s favor.

In the East, there were no such surprises, although the series between Salavat Yulaev and Ak Bars brought an end to Kazan’s proud record of never failing in the opening round of the playoffs. Salavat won this Green Derby in seven games, wrapping up a frustrating season for an Ak Bars team undergoing a rebuild.

But the East was the focus of controversy in the Conference Semi-finals when Metallurg Magnitogorsk and Sibir clashed. It all happened in Game Four, where two separate incidents saw goals awarded despite apparent infractions as the teams changed. Sibir, at first, was the beneficiary, scoring in the 37th minute through Oleg Gubin to halve a 2-0 deficit. The goal was awarded, even though there was a collision involving a Sibir player heading off the ice. Ultimately, though, Sibir was the wounded party. Sergei Mozyakin’s overtime winner, which lifted Magnitka to a 3-1 lead in the series, was awarded despite Metallurg apparently infringing the ‘too many men’ rule while changing on the fly. Sibir appealed, calling for the result to be annulled due to a refereeing error, but that claim was dismissed because the appeal procedure had not been correctly followed. The league also highlighted Article 77 of the KHL regulations, while does not allow results to be cancelled due to officiating errors. Metallurg went on to win the series 4-1, Sibir goalie Alexander Salak was handed a lengthy ban for his post-game protests.

The Conference finals were happily straightforward: CSKA swept SKA, avenging its defeat at the same stage last season. That meant the Army Men were the first regular season champions to reach the Gagarin Cup final. Metallurg joined the Muscovites, reaching its second final in three years with a 4-1 win over Salavat Yulaev.

CSKA, with Radulov on form and young goalie Ilya Sorokin performing wonders, was the hot favorite. Metallurg had undergone a tricky season, changing coaches part-way through. The team seemed overly reliant on the heroes of the 2014 campaign, now two years older. When CSKA powered to a 5-1 victory in game one, the destiny of the cup seemed fairly clear.

But nobody told Ilya Vorobyov and his team. Despite falling behind in the first period of game two, Metallurg showed huge resilience to calm CSKA’s offense before fighting back to win 2-1 on goals from Danis Zaripov and Alexei Bereglazov. Now, we had a real final.

CSKA claimed an overtime win in the Urals; Metallurg responded by edging a 1-0 verdict thanks to 30 saves from Vasily Koshechkin and a winner from Tomas Filippi. Back in Moscow, Sergei Mozyakin scored twice as Magnitka came from behind to win in overtime and move ahead in the series for the first time; game six saw Mikhail Yunkov frustrate his former club with two goals in CSKA’s 3-2 overtime success.

The outcome would be decided in Moscow. Home advantage gave CSKA the edge on paper, but two goals from Evgeny Timkin and a goal and an assist from Chris Lee gave Metallurg a 3-1 victory on the ice. It was the team’s second victory in three seasons, Vorobyov became the youngest head coach to win the cup and the first to claim the prize after coming to the role during the season.

While Metallurg celebrated, CSKA reflected on a missed opportunity – and began preparing for life without Radulov and talented young defenseman Nikita Zaitsev, both of whom headed to the NHL. 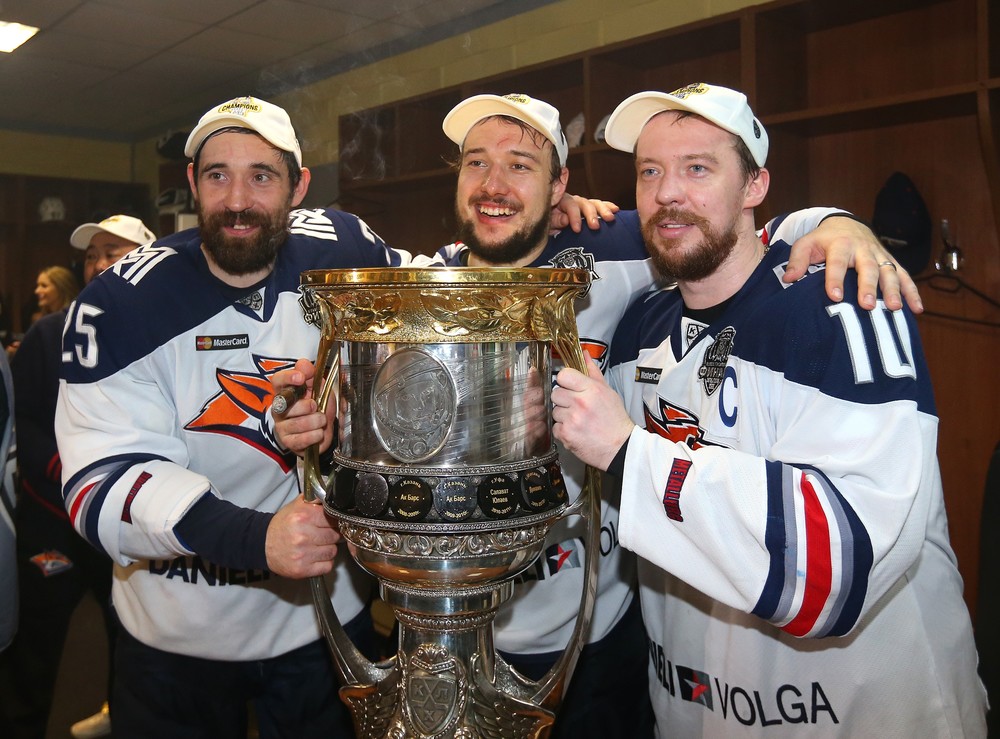