As the countdown begins for season 10 of the KHL, we begin a look back at the nine previous campaigns. The story begins in 2008. Russia, having finally won the World Ice Hockey Championship in sensational style in Canada, is ready for a new era of hockey …

From day one, the KHL aimed to take the game outside of Russia. Famous names from the Soviet era – Dinamo Minsk, Dinamo Riga – came back for the first time since the end of the short-lived International Hockey League of the early 1990s. In recognition of Kazakhstan’s proud hockey tradition, Barys Astana joined the league. 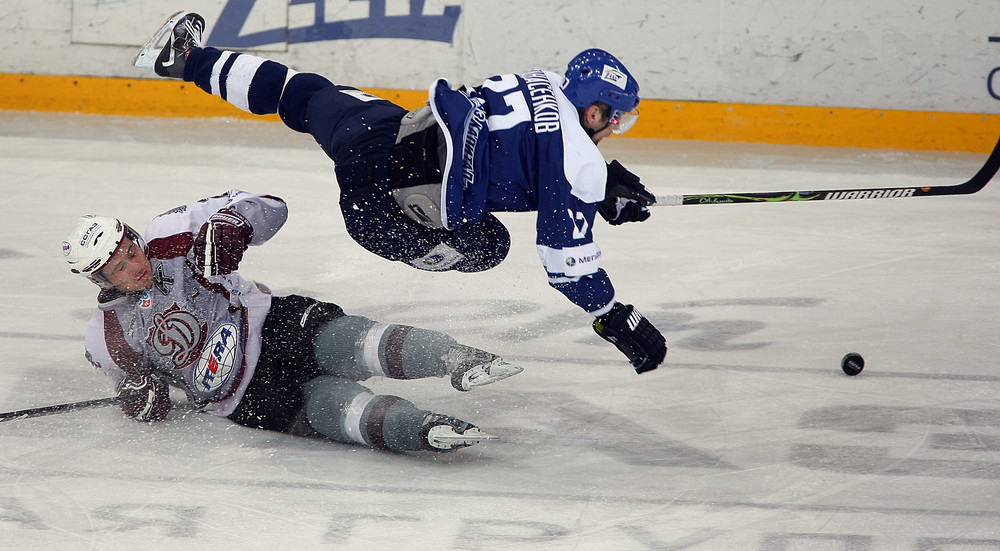 The new-look league had a strong Moscow accent. As well as CSKA, Dynamo and Spartak in the capital itself, there were four teams from the surrounding Moscow Region. Vityaz is still competing, although it has moved from Chekhov to Podolsk, while the newly-renamed Atlant (based in Mytishchi) joined MVD (relocated into Balashikha) and Khimik (the top team of the prominent hockey program in Voskresensk). Khimik played just one season, MVD managed two and Atlant dropped out in 2014. 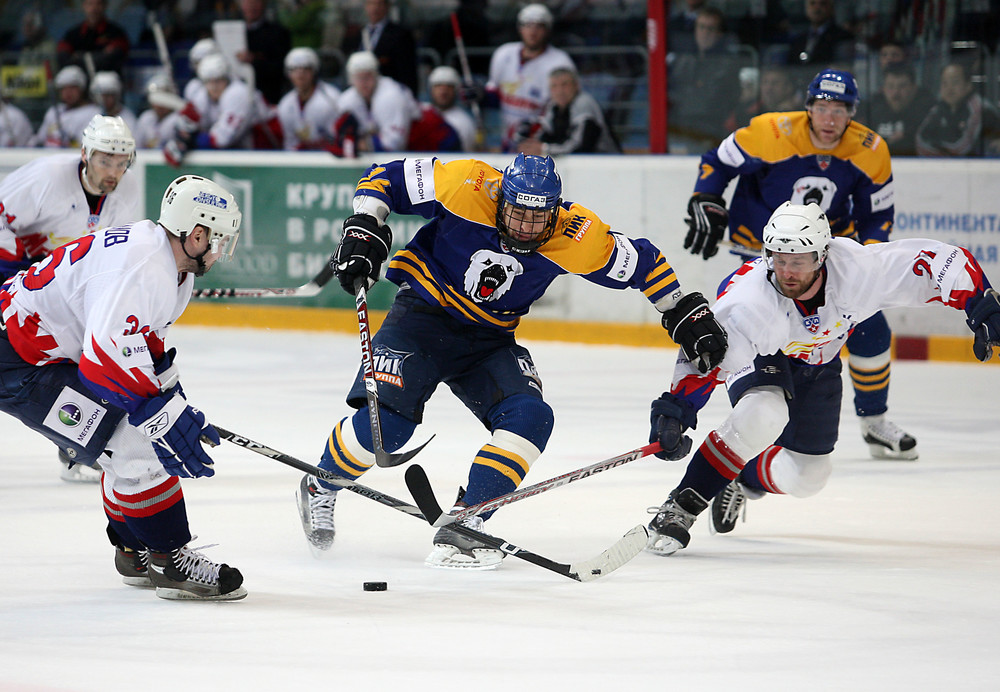 A new league demanded new stars, and the promise of big budgets encouraged the KHL’s top clubs to aim high. A batch of high-profile signings arrived from the NHL – Alexander Radulov’s move to Salavat Yulaev was the most controversial, Jaromir Jagr’s return to Avangard outside of a lock-out season was perhaps the biggest coup. Canadian goalie Ray Emery was the biggest-name North American player to head East, signing a reported $2 million contract with Atlant barely a year after backstopping Ottawa’s run to the Stanley Cup finals. 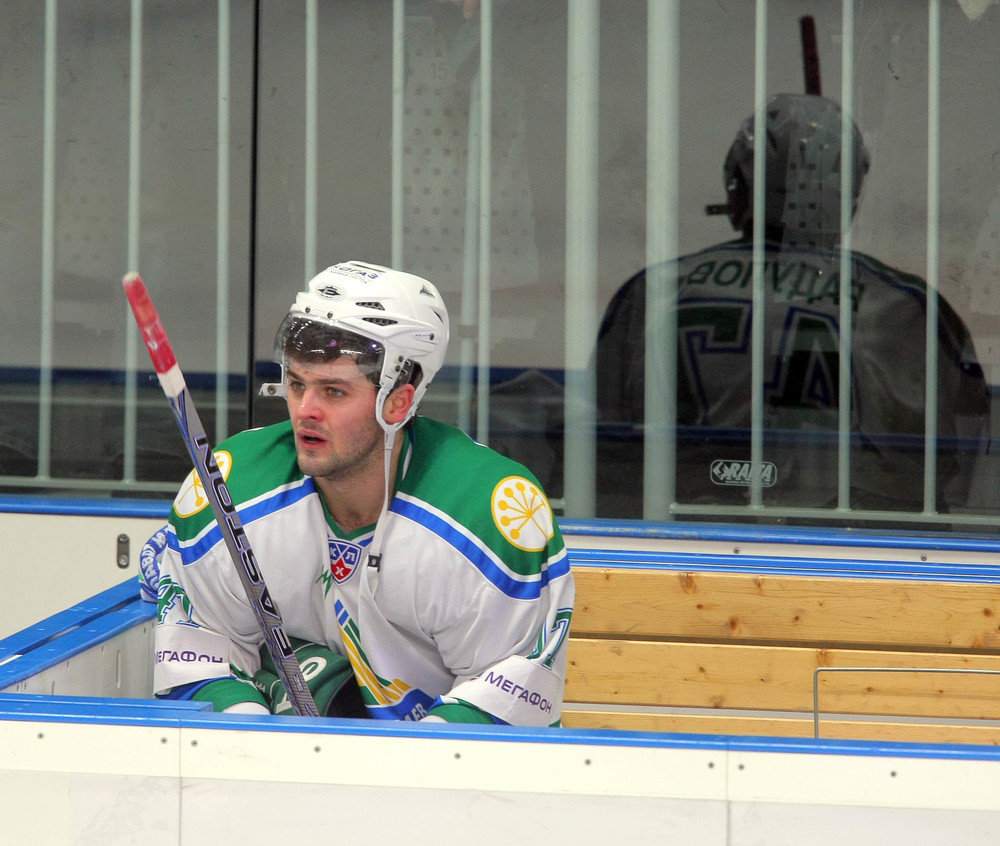 It wasn’t all plain sailing. A game between Vityaz and Avangard ended in tragedy when young Avangard forward Alexei Cherepanov collapsed on the bench and died in hospital the following day. Subsequent studies found that the 19-year-old was suffering from a heart condition that should have prevented him from playing pro hockey. The league handed out punishments to members of the Avangard medical staff, for failing to pick up and treat their player’s condition, and to the arena management in Chekhov for failing to provide the necessary emergency medical aid.

The season also coincided with a global financial crisis that put pressure on the value of the ruble and caused several clubs to struggle with money problems. It was the first and last time that the league’s four divisions were not organized on a geographical basis.

The KHL’s first All-Star game turned into an iconic event. A challenge match between Team Jagr and Team Yashin pitted Russia’s leading players against the league’s best imports … and the venue was an open-air rink on Moscow’s Red Square.

Beneath the Kremlin Walls, the teams played out an exciting game, with Jagr’s international All-Stars claiming a 7-6 verdict. 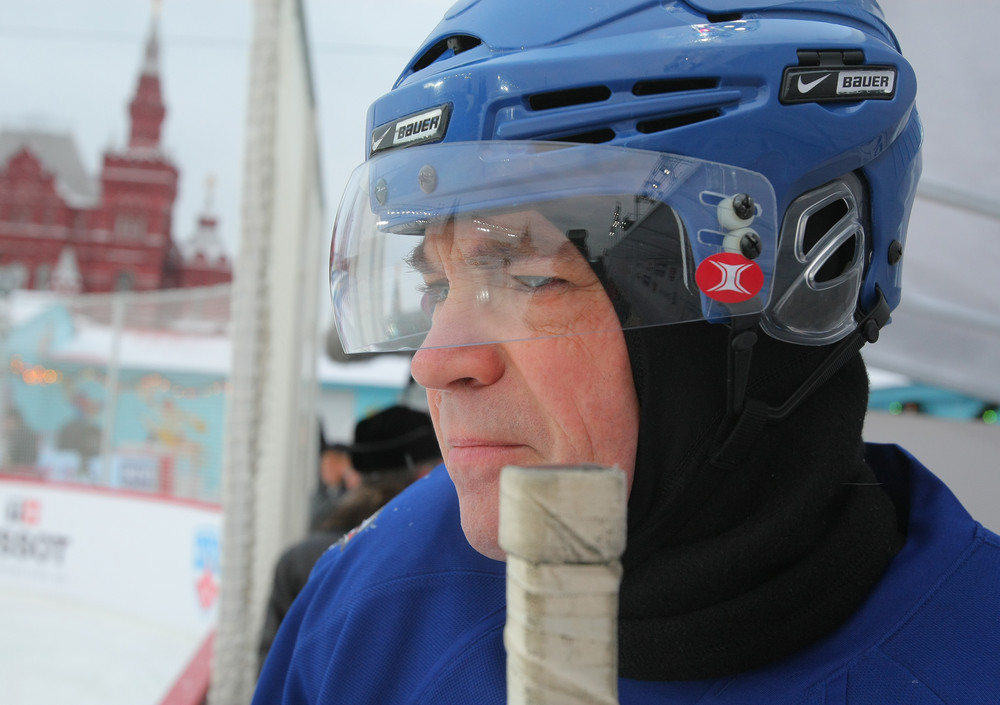 The regular season was dominated by Salavat Yulaev. Alexander Radulov showed why he was a sought-after property, contributing 42 points. There were even bigger contributions from Alexei Tereshchenko and Alexander Perezhogin as the team blasted 203 goals in 56 games to top the regular season table, seven points clear of Ak Bars. Nobody from Ufa could top the scoring charts, though. That honor, slightly surprisingly, went to a relatively unheralded forward from Atlant. His name was Sergei Mozyakin, he posted 34+42=76 points and the KHL would hear much more about him in years to come.

Salavat’s scoring form didn’t help much in the playoffs, though. Avangard, struggling to cope with the death of Cherepanov, limped into post-season in 16th place … and duly beat the top seed in round one! The Omsk men then pushed Ak Bars all the way in round two, eventually losing 2-3 in the best-of-five series.

Ak Bars, powered by Alexei Morozov and Danis Zaripov, made it through to the inaugural Gagarin Cup Final, where it faced a Lokomotiv Yaroslavl team backstopped through the playoffs by five shut-outs from Georgi Gelashvili. Loko also boasted the talents of Alexei Yashin up front, another big-name NHLer who had returned to his homeland.

Lokomotiv began the series at express pace: two goals from Zbenek Irgl earned a 3-0 win in the opener in Kazan; 14 minutes into game two the Railwaymen led 3-0 once again. Ak Bars battled back, tying it in the 59th minute thanks to Ilya Nikulin and winning in overtime on Andrei Pervyshin’s goal. In Yaroslavl, the teams traded victories again but when Josef Vasicek gave Loko a 3-2 win in Kazan and a 3-2 lead in the series, the cup seemed to be heading to Yaroslavl. It took overtime to separate the teams at Arena 2000, with Danis Zaripov getting the tying goal to keep Ak Bars in the contest before Jukka Hentunen struck 68 seconds into the extras to set up a game seven decider.

Fittingly, Alexei Morozov got the only goal of that game with just under 10 minutes left to play. The captain of Ak Bars and Russia delivered the season’s decisive blow and delivered the first ever Gagarin Cup to Kazan. 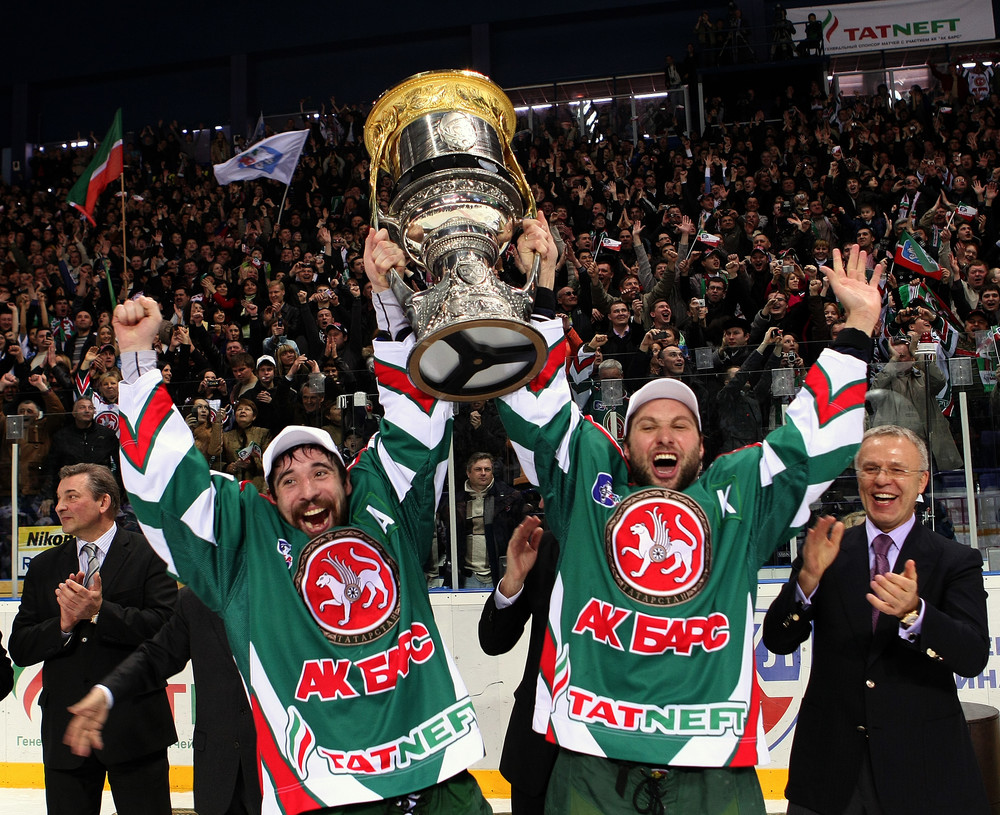