Fresh air and fresh faces: the week in review

There’s a historic face-off planned across the Gulf of Finland as Jokerit and SKA prepare for the KHL’s first “Winter Classic”, while the transfer market continues to do brisk trade. Elsewhere, Kazan celebrates the wide world of Ak Bars, while Sergei Mozyakin welcomes a new addition to the family.

Stepping outside to celebrate history

The idea originated from the Finns, looking to celebrate those resonant anniversaries, and was enthusiastically supported by the KHL. The action will take place on one of Helsinki’s waterways, between the Siltasaari and Kaisaniemi districts, on a spot believed to be the birthplace of Finnish hockey a century ago. To celebrate the occasion, temporary stands holding 18,000 people will be assembled; much of the spectator accommodation will be on standing terraces, just as it would have been when those pioneering games were played in the early 20th century. If the game attracts a capacity crowd, it will be the highest ever KHL attendance.

While December’s Jokerit vs SKA game will be the first competitive KHL fixture to take place outdoors, it’s not the first time the KHL has staged an open-air event. Back in the league’s first season, the All-Star Game took place on a rink in Moscow’s iconic Red Square. In recent seasons, Russia’s second-tier VHL league has also held an annual ‘Russkaya Klassika’, starting in 2012 when more than 16,000 fans saw Sokol Krasnoyarsk host a reborn Lokomotiv Yaroslavl less than six months after the devastating air disaster that killed Lokomotiv’s first team.

The Winter Classic is just one of a series of exciting events planned to commemorate the 10th KHL season in 2017-18.

It’s been another busy week of transfer action, with Kunlun Red Star again leading the way as Mike Keenan reshuffles his pack in Beijing. Iron Mike has gone back to Magnitogorsk to sign up Wojtek Wolski, happily recovered from the broken neck he suffered last season.

The Chinese club is also maintaining its Finnish connections, with Vili Sopanen and Matias Myttynen arriving. Sopanen, a right winger, had 46 points in 41 games for Pelicans in last year’s Liiga; Myttynen, who can play at center or on the left, contributed 39 points in 56 games for KalPa, where he also scored twice in Champions Hockey League action.

Kunlun is keen to maintain its Chinese connections as well, with Keenan handed the task of finding at least five players with Chinese ancestry who can command significant ice time. Brandon Wong, a 30-year-old from British Colombia, is hoping to become one of them. Wong has extensive experience in the minor leagues in North America and has also played in Denmark, Sweden and Germany. He arrives on a two-way contract with Kunlun and its farm-club, KRS Heilongjiang. Two other Canadian-born players, D-man Jesse Blacker, 26, and forward Brandon DeFazio, 28, are also heading to China.

Other moves include much-travelled Canadian forward Matt Ellison going to Metallurg Magnitogorsk after three years at Dinamo Minsk. Ellison has also featured for Dinamo Riga, MVD, Torpedo and Medvescak, as well as getting NHL experience in Chicago and Philadelphia. After representing Canada at last season’s Deutschland Cup, the 33-year-old could also force his way into the Olympic reckoning if the NHL declines to allow its players to travel to Korea in February. The prospect of Olympic action may also have encouraged Metallurg’s Finnish forward Oskar Osala to remain with the club for another season. During the recent World Championship, Osala admitted that he faced a decision between staying in the KHL or seeking a contract in the NHL for next season.

Three more Metallurg Novokuznetsk players have secured their future in the KHL. Kirill Semyonov is heading to Avangard, Evgeny Solovyov moves to Neftekhimik and Ignat Zemchenko joins Sibir. Semyonov has inked a two-year deal, the other two forwards have signed for one year apiece. 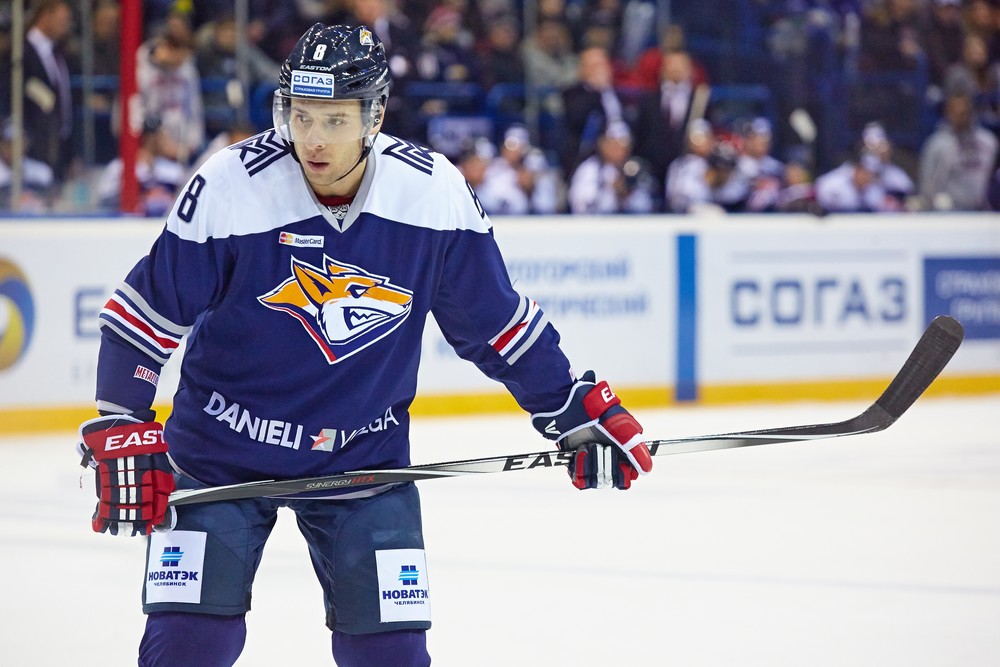 The cult of Ak Bars

Ak Bars is one of the KHL’s best-supported teams, attracting big crowds home and away. But the team’s popularity is not limited to its home city of Kazan – it has fans right across the KHL. To celebrate the club’s international support, Ak Bars has been publishing interviews with its far-flung supporters’ groups on its website in time for the sixth annual get-together for its international devotees.

The devotion is impressive. In Kazakhstan, one of the team’s biggest fans even devoted her fashion design diploma to Ak Bars, creating a range of clothing suitable for supporters. (http://www.ak-bars.ru/news/12440.html). In Minsk, the city’s Tatar community also rallies around the team whenever it comes to play against Dinamo – “Ak Bars is like a brotherhood, bringing people together in different cities and countries. It’s not like any other team,” said fan-club organizer Gulsina Abroskina. (http://www.ak-bars.ru/news/14061.html) 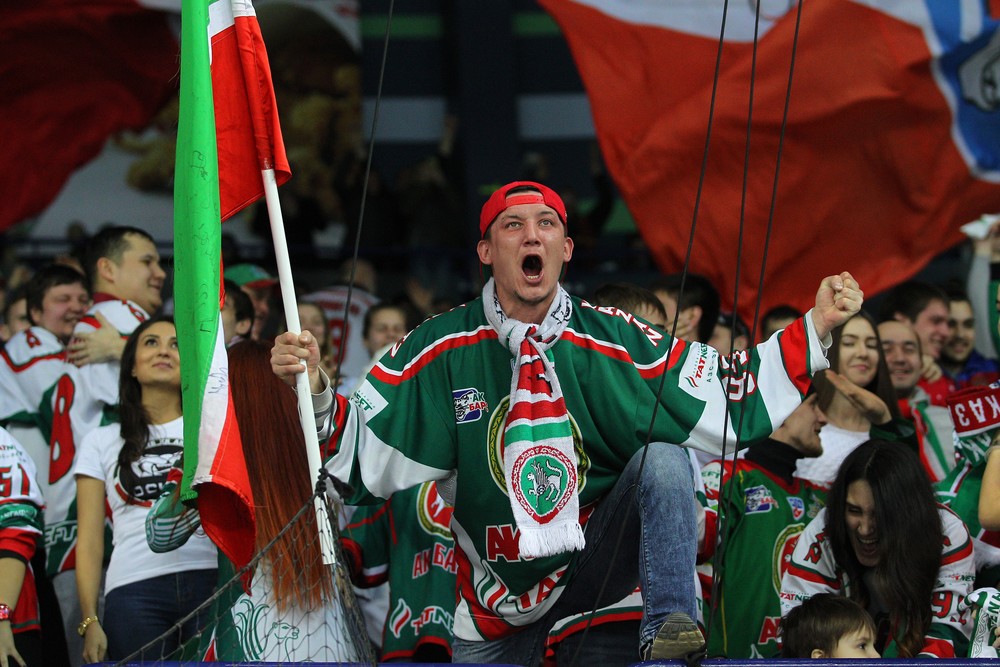 Sergei Mozyakin has even more cause for celebration following the birth of his fourth child. On June 7, Sergei’s wife Julia gave birth to a daughter, Yana. 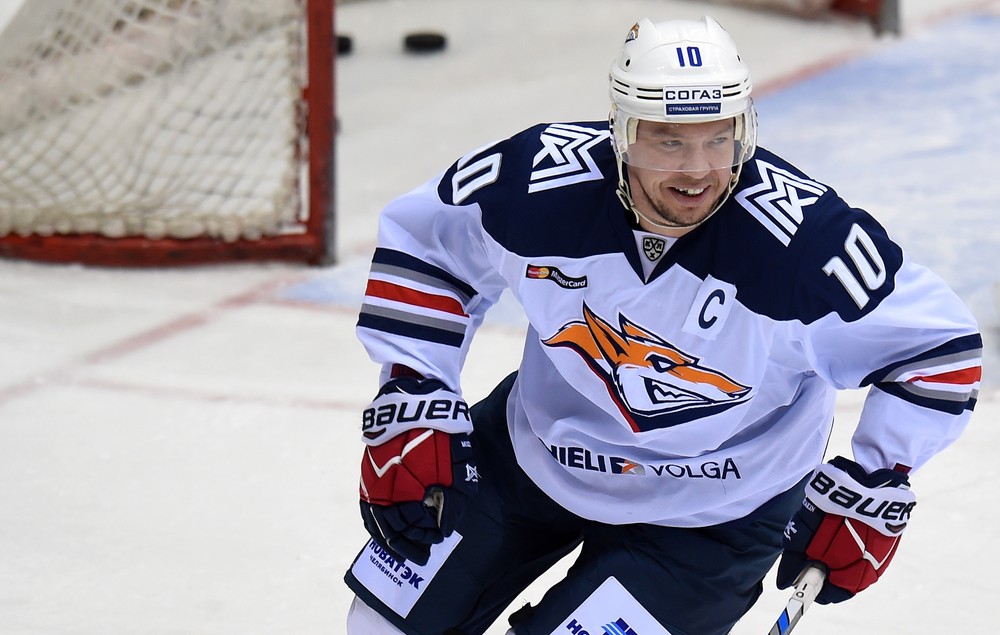