Transfer talk and retiring heroes: the week in review

Last week was all about comings and goings. One notable KHL star bowed out after seven netbusting seasons in Astana, while many clubs got to work on building next season’s rosters. Kunlun Red Star was the busiest of these, but plenty of other deals caught the eye as seasoned champions and promising youngsters alike signed up for a new challenge in 2017-18.

With legendary head coach Mike Keenan installed behind the bench, Kunlun Red Star is busy fine-tuning its roster for next season. The Beijing-based club confirmed the captures of 10 new players over the past week, bringing a wealth of KHL experience to the roster. Top of the list was Belarusian international Andrei Kostitsyn, a veteran of almost 450 NHL appearances for Montreal and Nashville and a Calder Cup winner with the Hamilton Bulldogs. Kostitsyn, 32, has spent the last two seasons at HC Sochi.

He’s joined in China by another Calder Cup winner, Geoff Kinrade. The 31-year-old D-man’s success with Binghamton in 2011 was his last act in North American hockey: since then he’s based himself in Europe, playing in Switzerland, the Czech Republic and representing Medvescak, Admiral and Neftekhimik in the KHL.

Keenan has also renewed acquaintance with one of his Gagarin Cup winners from Magnitogorsk. Defenseman Rinat Ibragimov was part of Iron Mike’s golden roster in 2014 but suffered a frustrating season last time out. He featured for three clubs – Poprad, in Slovakia, HC Sochi and Ugra Khanty-Mansiysk in the KHL – but iced in just 29 regular-season games.

Those three were among a batch of nine confirmed arrivals on June 1. Soon afterwards, the Chinese club announced the addition of Kyle Chipchura, a Canadian forward who scored 29 (13+16) points for Slovan last season. 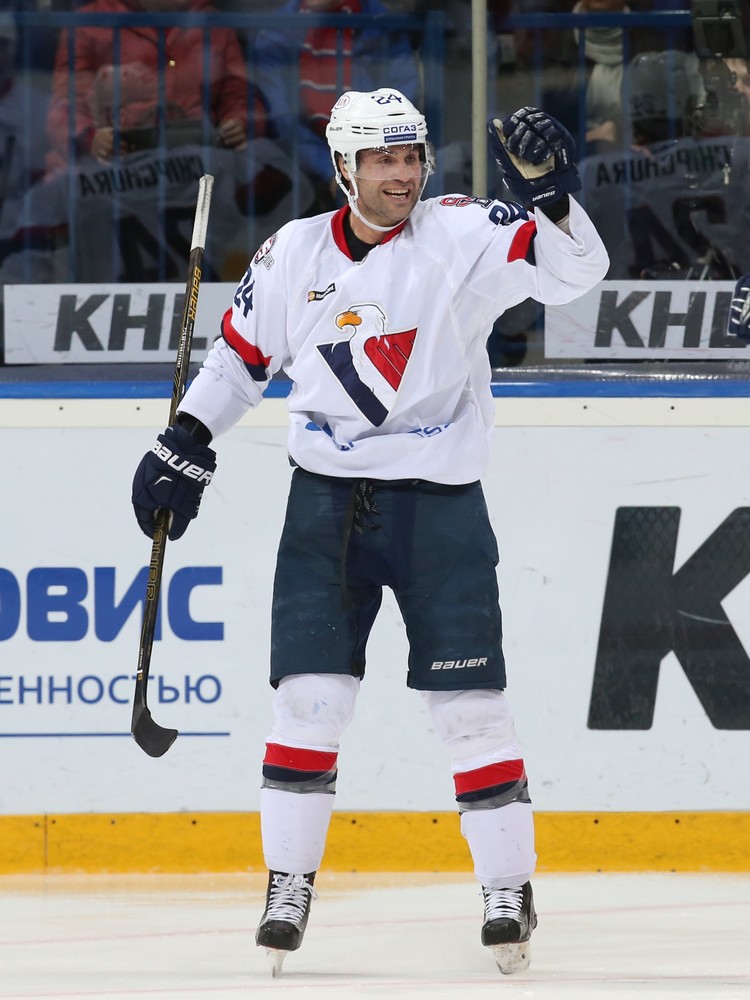 Kunlun wasn’t the only team doing transfer business. Among the more eye-catching trades, Finnish D-man Sami Lepisto – an Olympic bronze medallist in Sochi – moved to Jokerit, the club where he began his career. Meanwhile, Czech forward Jiri Novotny – a defeated Gagarin Cup finalist with Lev Prague – is heading to Lada after a frustrating campaign with Traktor last time out. Lada also signed up Carter Ashton from Torpedo, where the 26-year-old Canadian had scored 51 points in 119 games over two seasons.

Following news that Metallurg Novokuznetsk would not compete in next season’s KHL, Ak Bars has moved to sign up some of the club’s brightest young players. Defensemen Nikita Lyamkin and Timur Fatkullin were the most prominent names in a clutch of seven players who moved at the end of last week. Another Novokuznetsk graduate, goalie Andrei Kareyev, is off to Salavat Yulaev. 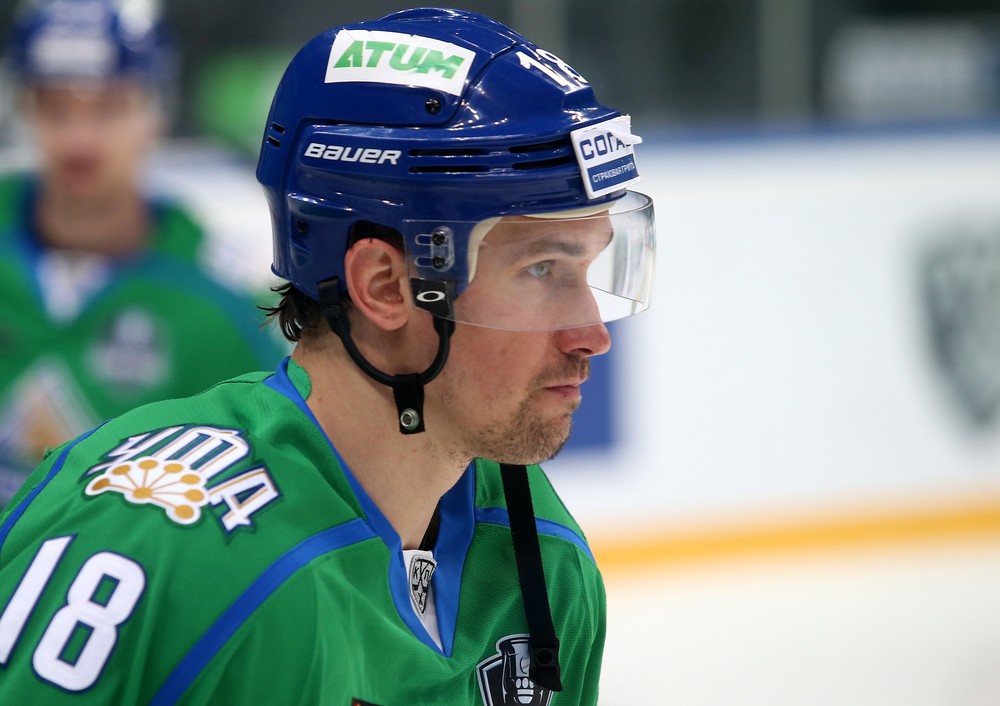 Astana is not the first place many international hockey players have in mind as a potential home from home. But for American forward Brandon Bochenski, the Kazakh capital became just that. Not only did he represent Barys with distinction for seven seasons, he also obtained Kazakh citizenship. Nine years after representing the USA at a World Championship in Moscow, he was back in 2016 to play for Kazakhstan.

His exploits on the ice were impressive: in 399 games for Barys, he scored 160 goals and 397 points. Twice he went to the All-Star Game, and twice his fearsome line with Dustin Boyd and Nigel Dawes was voted the most potent in the league.

Life in Kazakhstan also suited the Minnesota native. In his first season with Barys he explained that he’d taken the move after tiring of the treadmill of life in the NHL. Six clubs in six years put a strain on his family life, and he was keen to establish himself in one place while playing good hockey. By 2013-14, he was telling Sport Express that the KHL had “rekindled his love of hockey”. That theme endured: during his final season, in which he overtook Patrick Thoresen to become the highest-scoring import in KHL history, Bochenski told KHL.ru: “You know, when you play in the same team for a long time, with pretty much the same guys, you regard them as brothers - you feel a native in the team and in the country ... We only get one life and choose one route, and even if I could, I would not want to change a single thing. I have no regrets.” 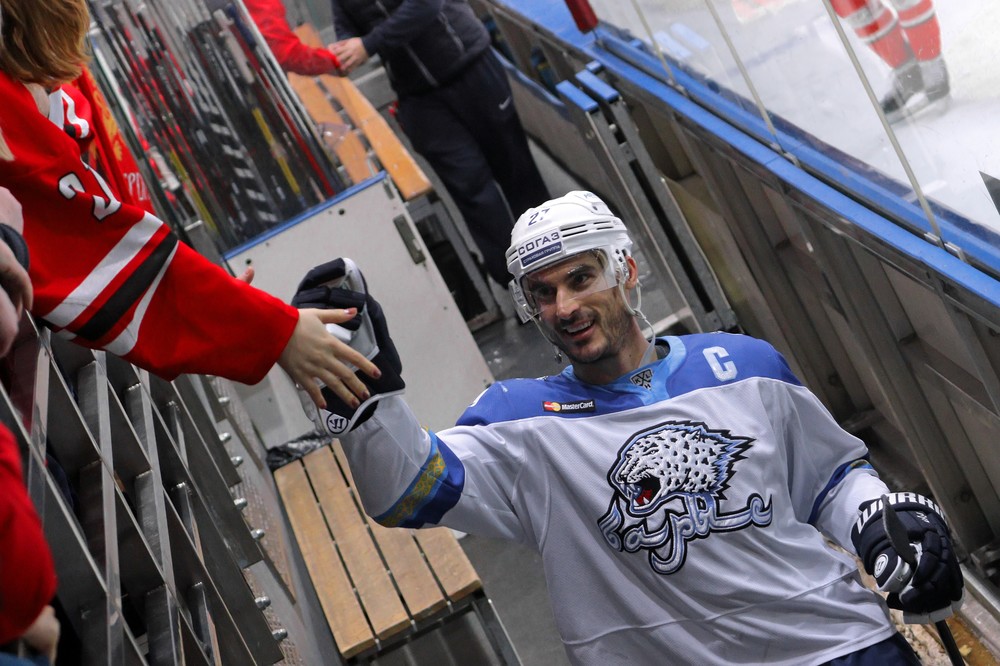