Debt control and Mozyakin’s reunion – review of the week

This week saw the official end of the KHL season, with the league celebrating its star players at the closing ceremony. But it was also time to look to the future, with confirmation of next season’s competing teams and more detail about the league’s long-term plans to streamline the tournament and ensure ever-more competitive hockey in years to come.

The KHL’s management committee confirmed the participating teams for the 2017-18 season – bidding a reluctant farewell to Medvescak Zagreb and Metallurg Novokuznetsk.

In the coming campaign, 27 teams will compete for the Gagarin Cup. The Eastern Conference will have 24 teams, the West 23. Each division will continue with seven members, except the Bobrov Division which will have six. The change comes against a background of streamlining the KHL’s structure, with a long-term view to having a 24-team tournament, with greater competition among those teams.

KHL President Dmitry Chernyshenko, speaking after last week’s KHL Management Committee meeting, said: “At the moment, highly skilled players are spread too thinly among the clubs. It follows that the quality of play will improve, and with it the entertainment value and commercial potential of the League.”

Medvescak, which represented Croatia in the KHL for four seasons, had earlier announced its intention to continue playing in the Austrian EBEL, a cross-border league for Central European nations. Metallurg, which was a founder member of the KHL, is set to continue in the second-tier VHL competition. From 2018, there are further plans to move another three teams from the KHL to the VHL to bring the total down to 24. 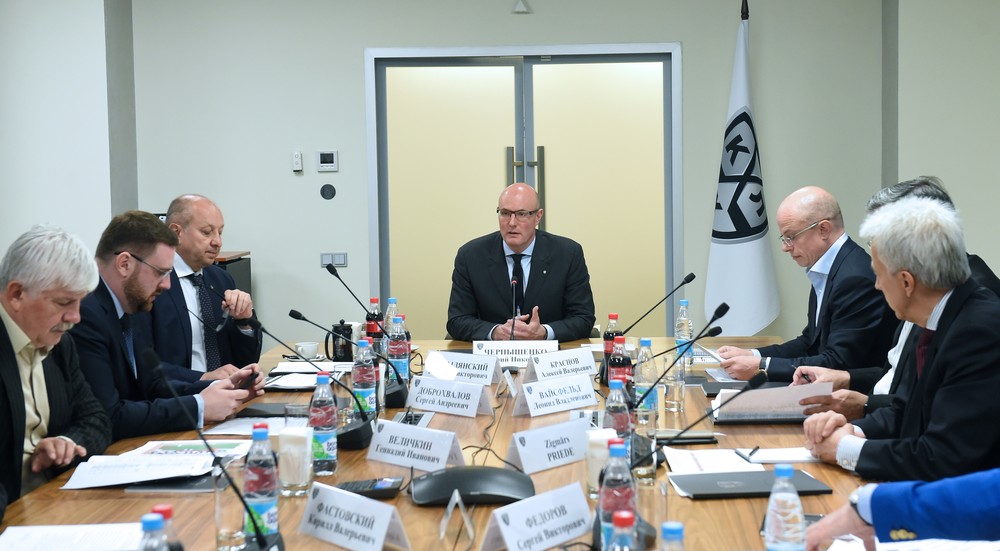 After a difficult season for some clubs, the issue of prompt payments to players is also on the KHL agenda. Last season, seven clubs were repeatedly late in paying players and the combined debts came to more than one billion rubles ($17.8m). In response, Mr Chernyshenko outlined new penalties: clubs that have not paid the outstanding monies by July 1 will face a fine of 20% of the sum owed to their players.

In the longer term, as part of a drive to promote greater financial sustainability, the league’s salary cap will get gradually tighter. Next season it will remain a ‘soft’ cap, with bonuses not included in the 900-million-ruble ceiling ($16m). By 2019-20, the league will impose a strict ceiling – on pain of a fine of 20% of any overspend – with an exception for one star player at each club. By 2021, the salary cap is set to drop to 600m rubles ($10.5m) with two star players per club or 48 across the whole league.

“The KHL will not tolerate debt" Board of Directors approve Strategy 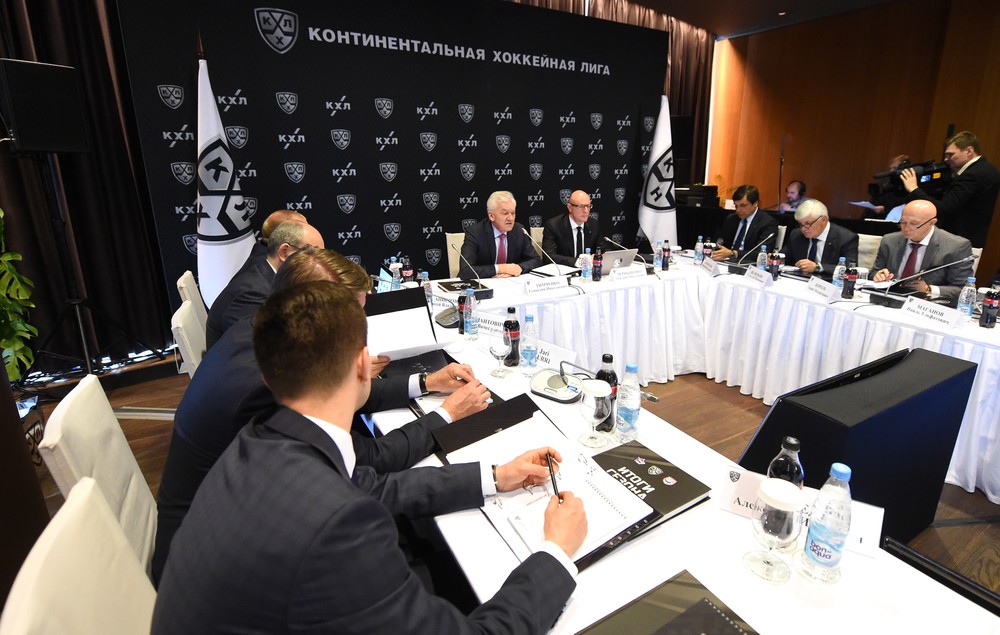 The KHL’s end-of-season award ceremony was – not surprisingly – dominated by record-breaking scorer Sergei Mozyakin. Metallurg Magnitogorsk’s star forward scooped the Golden Stick award (championship MVP), the top goal- and point-scorer prizes, a Golden Helmet award for his place on the team of the season as selected by the league’s head coaches, the ‘Gentleman on Ice’ award, and finally the ‘Priceless Player’ prize in conjunction with MasterCard.

To mark a memorable occasion for one of the finest players ever to appear in the KHL, the KHL invited Gennady Khaletsky, Mozyakin’s first ever coach, to hand over the silverware on the big night.