Jokerit's Danish forward Peter Regin is one of many KHL players representing their countries at the World Championship in Cologne - and his inside knowledge of the Russian game could be a factor on Thursday when Denmark meets Russia.

However, he would be the first to admit that facing Russia's stars on a regular basis does not necessarily mean he has all the answers to stopping Oleg Znarok's powerful team as it goes after a fourth victory in Germany.

And for Denmark, there's a further worry - last year in Moscow Russia stormed to a 10-1 victory, and has already repeated that scoreline here against Italy. Are the Danes facing another rout?

"Russia's going to be a tough game for us, no quesiton," Regin said after helping his team to a shoot-out win over Slovakia. "We will try to do our best. See what we can do get a good start and stay in the game for as long as possible. We’ll have to be lucky, and maybe if there’s only one or two goals in it we can get a chance. But it’s dangerous if the score gets to a big number.

"Realistically, if we played Russia 10 times we probably wouldn't beat them once. Maybe we would have to play them 100 times before we won. We'll try the best we can and see how it goes."

After two seasons in Finland, Regin has had a chance to see many of Russia's top players up close - and he's in no doubt about the biggest threat on the roster.

"Among the KHL players, it has to be Sergei Mozyakin," he said without hesitation. "He's such a good player and, as an offensive player myself, I like to watch him, I'm a big fan.

"At Jokerit we always try to do something new to stop him scoring, but he still seems to score every time we play him. I don’t know how to stop him - he got something like 48 goals last season, so we're not the only ones who have this problem!" 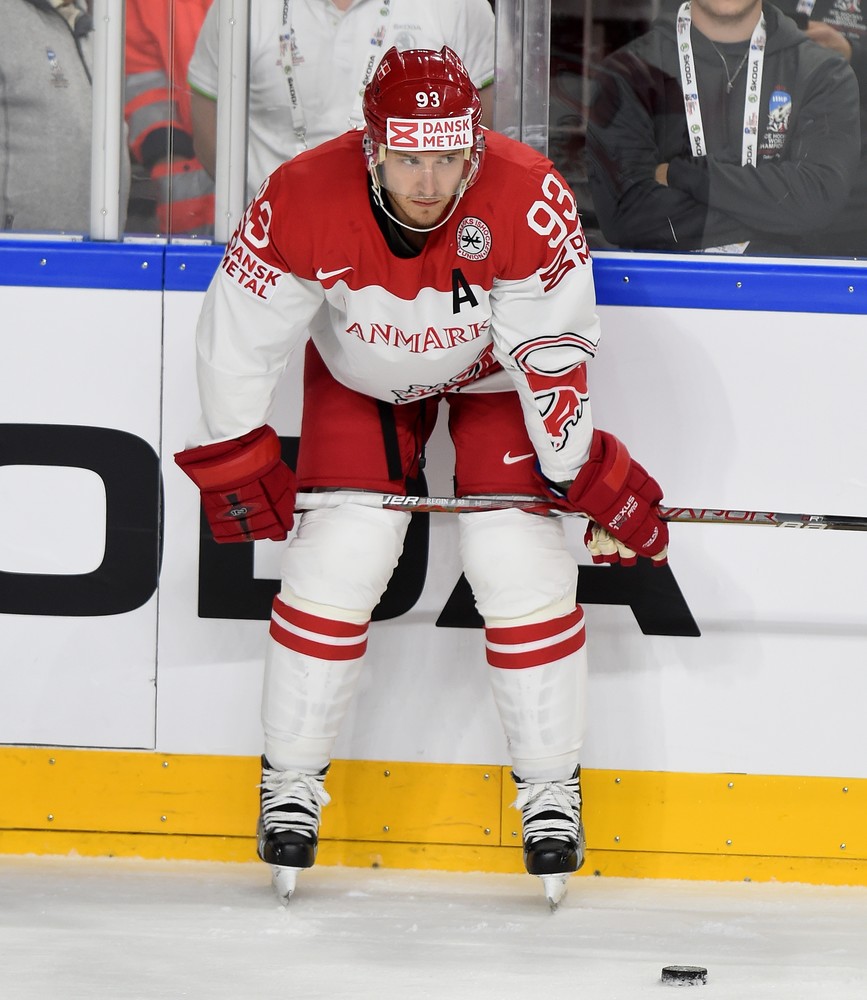 Mozyakin, of course, is an injury doubt for Thursday's game after he suffered a dangerous hit from Germany's Patrick Hager during the teams' game on Monday. Hager received a two-game suspension for slew-footing, Mozyakin faces a second scan to check that he is clear of any concussion symptoms before returning to the game.

Even without him, though, Regin is alert to the array of scoring talent on Russia's roster.

"It's not just one player," he said. "You see other guys like [Artemi] Panarin or [Vadim] Shipachyov, they're fun guys to watch. They have so many good players."

Denmark, which will host next year’s championship, made a slow start in Cologne, losing to Latvia and the USA in its first two games. A shoot-out victory over Slovakia got the Vikings off the mark, but even then there were frustrations at letting a 3-0 lead slip in the final period before veteran captain Morten Green claimed the decider.

“People ask us about next year, and that will be very special because we will play at home in a World Championship for the first time, but we have to think about this tournament first,” Regin added. “The quarter-finals are always our target, that’s going to be difficult now but we will keep trying to get there.”