The IIHF World Championship gets underway today in Cologne and Paris, with Russia taking on Sweden in the opening game in Germany on Friday afternoon.

But for countries outside the Elite Pool, the season is already done – with plenty of KHL interest in the lower divisions of the IIHF competition. We took the opportunity to catch up with Medvescak Zagreb forward Nathan Perkovich as he helped Croatia to a fifth-placed finish in Division IB in Belfast. The 31-year-old, who has played with Medvescak throughout its four years in the KHL as well as in the EBEL, spoke about how his game has developed playing against some of Europe’s top players – and explained how Medvescak was helping to develop young Croatian talent. 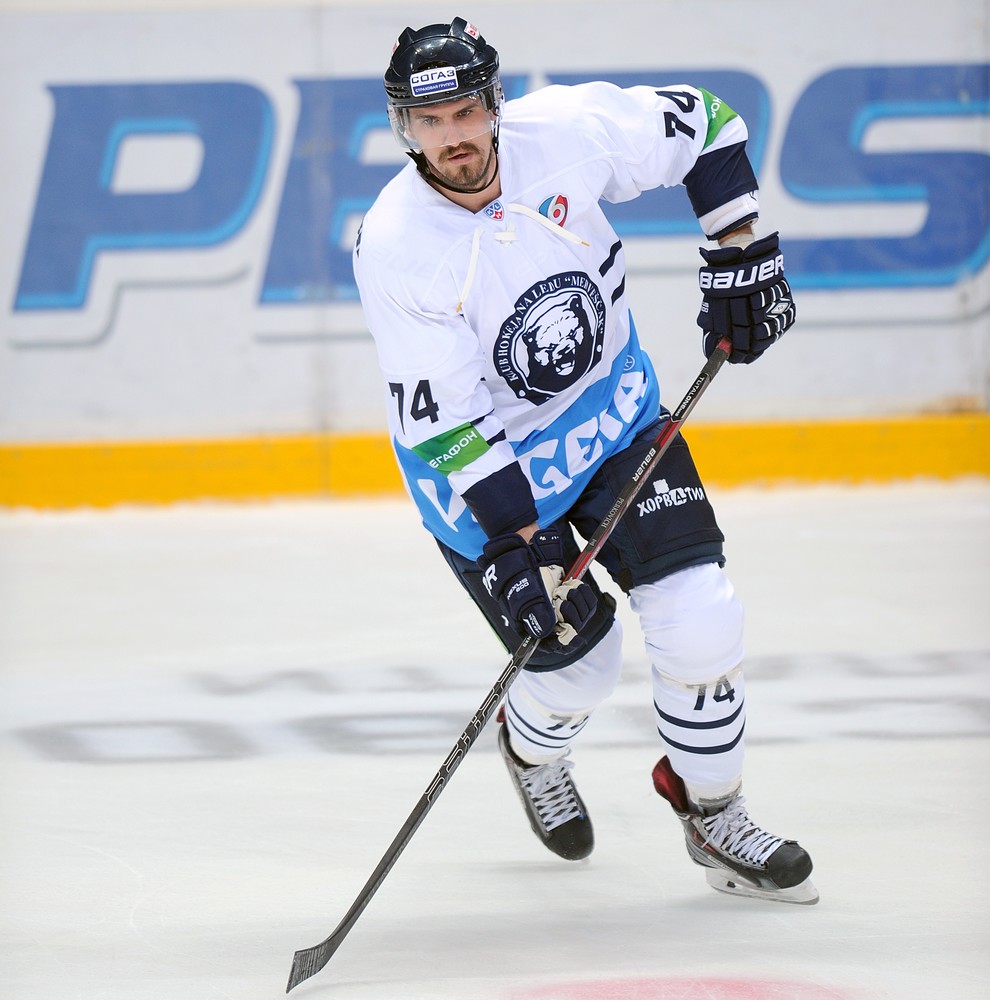 Nathan, Croatia came to this championship with one of the smallest player pools in the competition. Does that put more pressure on you and the other experienced players from Medvescak to lead the team?

Perkovich: It’s important not to underestimate our home-grown players. These guys grew up playing hockey since they were little. They all love the game, and it’s a great opportunity for Croatia to have gotten to this level. I’m lucky to have my passport [born in Michigan, Perkovich qualifies through his Croatian ancestry] and to have played in Croatia for the last five years. It’s been a good ride. I’m just trying to help out as much as I can.

Every time you go away for 10 days, you go to who-knows-where in Russia.

I guess there’s a little pressure on us, a couple of us have played in a higher league and that’s something where we can come in and help, like me, [Tomislav] Zanoski or [Mike] Glumac. But everyone has to show up. It can’t just be two or three guys. You can’t beat another team with just a couple of players, it’s not possible. When our younger guys have been playing, they’ve been doing great.

After four seasons in the KHL, how have you changed as a player?

For myself it’s definitely developed my game. Before playing in the KHL I had more of a scoring role, now I’m more of a PK, grinder type player. It’s nice to learn a different part of the game and it’s been good to see myself do that. It’s also changed how I approach games, especially road games. The travel is really tough in that league, so you have to get mentally prepared for every trip. Every time you go away for 10 days, you go to who-knows-where in Russia. That’s been a learning experience, but it’s also a lot of fun. 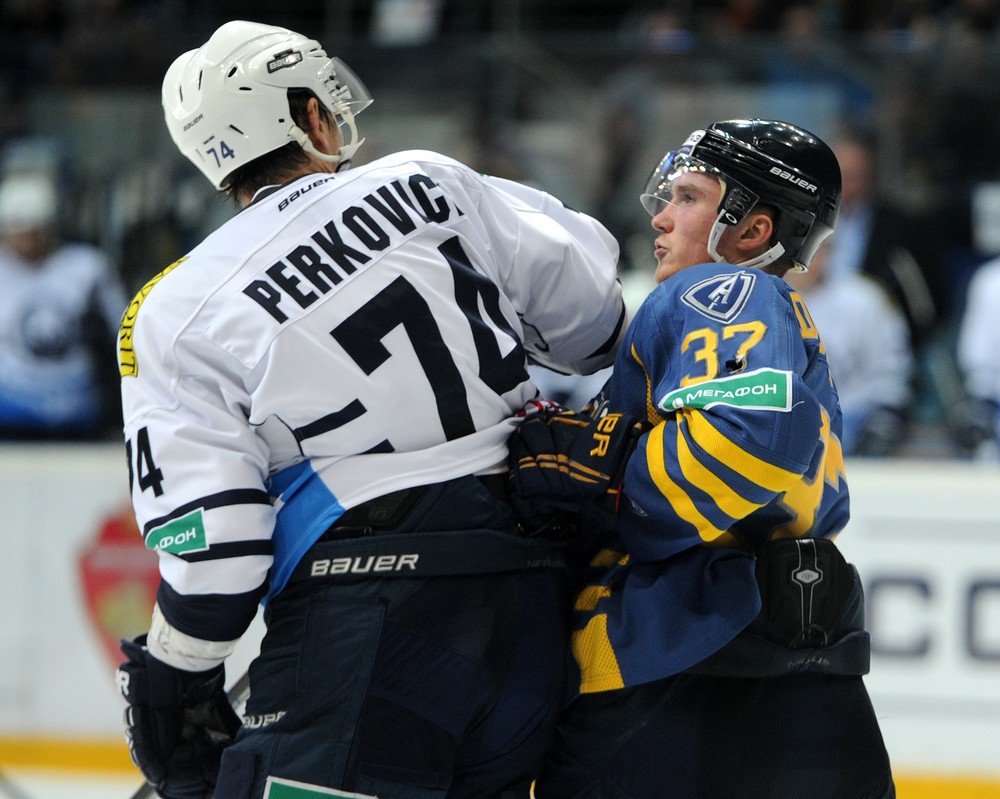 To be competitive in the KHL, Medvescak needs a large number of import players. Is there a danger that this reduces opportunities for local youngsters to get game time?

I don’t know if that’s true. In the end, wherever players come from, everyone has to be on the same page. At Medvescak, our guys are learning the systems every day. We’ve seen some of the guys coming up like [Matija] Milicic and [Ivan] Jankovic, and even guys like [Marko] Ljubic, whose been here a little while. These players know what they are doing. They’ve been playing the game for a long time. In the KHL, and at international level, maybe it’s a bit faster-paced than they’ve been used to, but the key thing – for Medvescak and for Croatia – is to play all the systems as a team. Once we veer away from that, we get into trouble and take dumb penalties, we give up goals. Our kids are learning, and hopefully Croatian hockey will get stronger in the future.

I think we needed to work better on our transition game and score more goals in 5-on-5 play. That would have got us more wins.

We’ve had quite a few young guys in the team this year and hopefully they’ve learned what it takes to be a professional. It’s not easy. I think it’s a big wake-up call for some of them. They say they can play in the KHL and it’s good that they get to play some games and see just how fast-paced it is, to experience the physicality, the mental preparation, those day-by-day shenanigans.

In Belfast, Croatia’s performances seemed to be better than its results – you were competitive against the two strongest teams in the competition, Britain and Japan. How did you feel about the tournament?

I thought we played well in our opening game against Great Britain. We had three works together to prepare for it and I thought we had chances to win, but it got away from us in the third period. Overall, I think we needed to work better on our transition game and score more goals in 5-on-5 play. That would have got us more wins. We didn’t get the medal that we set out for, but the tournament was still a lot of fun. 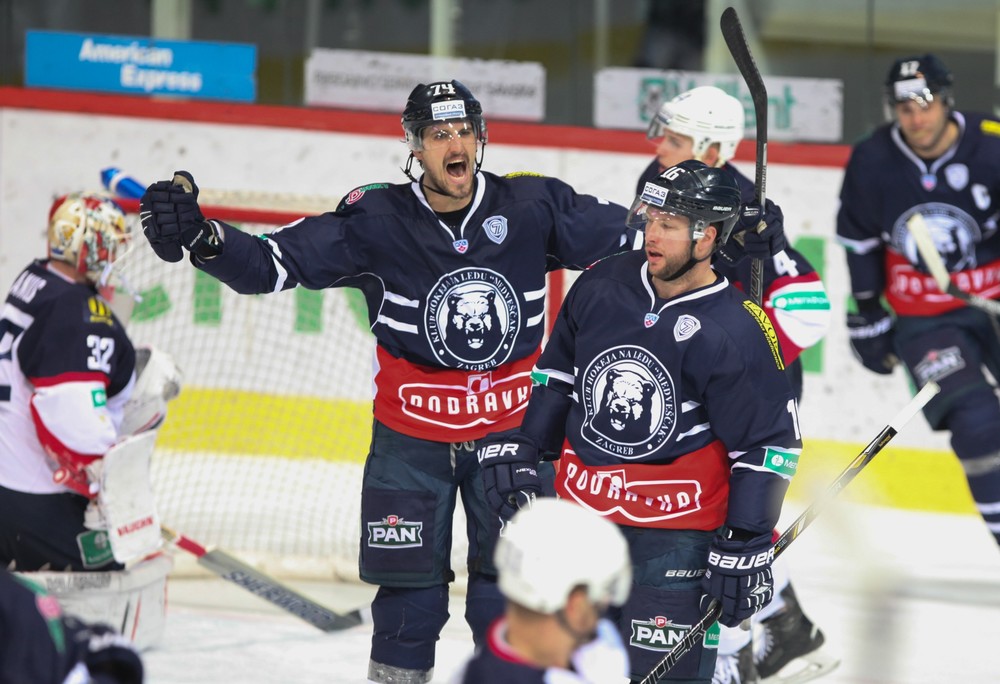