KHL most interesting news of the last week

Spartak Moscow confirmed the appointment of one its former players, Vadim Yepanchintsev, as its new head coach. The 41-year-old played for the Red-and-Whites from 1994-97 before trying his luck across the Atlantic, and later returned as a coach with the club’s youth team and helped to lift the Kharlamov Cup. Now he’s back in Moscow after a stint as head coach at Saryarka Karaganda in the second-tier VHL.

Last season, Spartak missed out on the playoffs. Yepanchintsev’s first task will be to improve on that and extend the team’s season for the first team since 2011. However, with money tight and limited scope to sign big-name players, the pressure is on to create a competitive roster. The incoming coach is tight-lipped about who might be joining the team, but joked that the two players he couldn’t live without might be Sergei Mozyakin and Danis Zaripov. 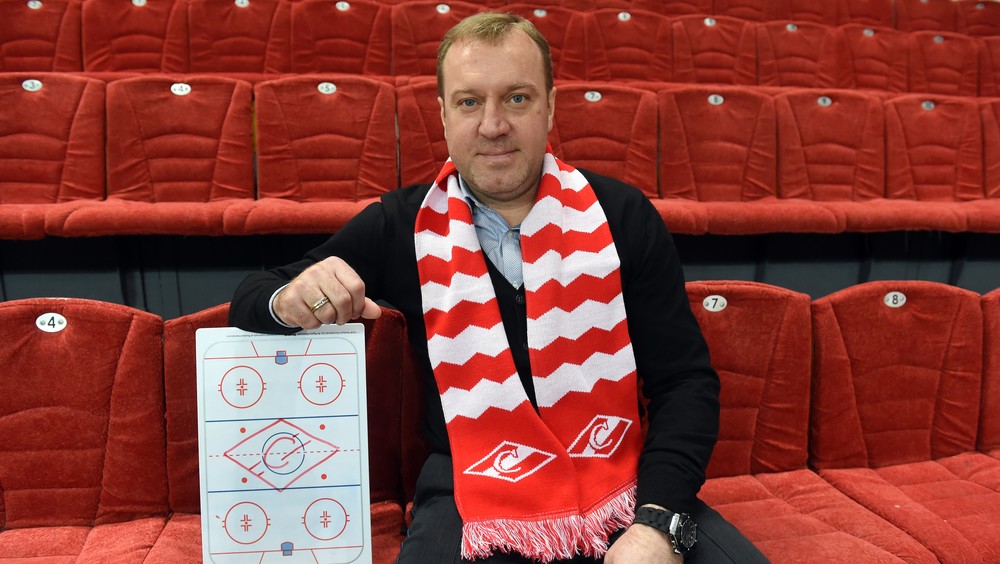 Jokerit Helsinki’s GM Jari Kurri spoke to KHL.ru about the club’s future after it signed a five-year agreement to continue in the KHL. For Kurri, one of the key advantages of confirming the club’s immediate future is an end to baseless – and sometimes distracting – media speculation about whether Jokerit is on the point of a return to the Finnish championship. Kurri also talked about Jokerit’s plans to support Kunlun Red Star’s development and help to promote the game in China. “In Finland, we know a lot about developing players and coaching, building infrastructure and how to build sales and marketing strategies. Kunlun will play an important role in preparing players and boosting the popularity of the game before the Winter Olympics. And for Jokerit and our partners it’s a great opportunity to boost our business on the Chinese market.” 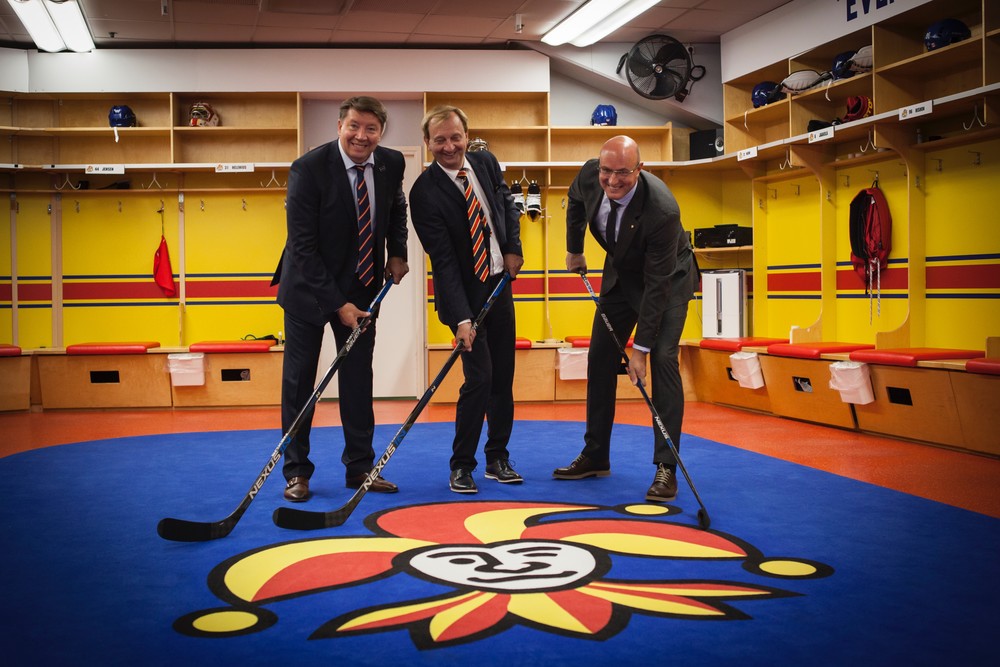 Slovan – we can only grow in the KHL

In Bratislava, where Slovan is another club frequently linked with a return to the local domestic championship, director Juraj Sirokyspoke of the importance of playing in the KHL for one of Europe’s oldest and most prominent hockey organizations. Siroky explained that, for many clubs in Slovakia’s Ekstraliga, the loss of games against one of the most attractive teams in the country was a big blow. But he added that his own team’s priorities went beyond his country’s borders. “For us, the top priority for next season and beyond is to take part in the KHL. We can only grow and develop in this league. Saying that, we don’t rule out the possibility of forming a ‘Slovan B’ to compete in the Slovak league, if our finances allow.” 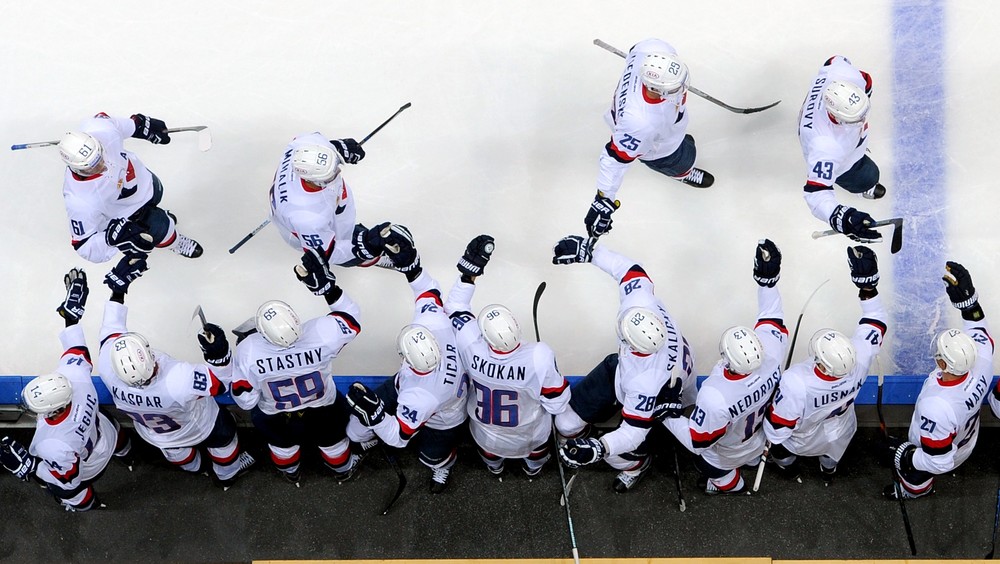 The IIHF Division 1 World Championships got underway over the weekend in Kiev and Belfast. Two KHL nations, Kazakhstan and Croatia, were in action. For Croatia, with a roster that features a clutch of players from Medvescak, Sunday’s opening game ended in a battling defeat against host nation Great Britain. For Kazakhstan, seeking promotion back to the elite pool in its Division IA campaign in Ukraine, opened up with a 3-2 victory over Austria but suffered a surprise 2-5 loss against Korea in its second game. Barys forwards Nigel Dawes and Brandon Bochenski, both now naturalized Kazakh citizens eligible to represent the national team, are among the leading scorers in the tournament so far. Dawes, with 3+1 is out in front; Bochenski’s 1+2 gives him a share of second on the list, alongside a clutch of Koreans. 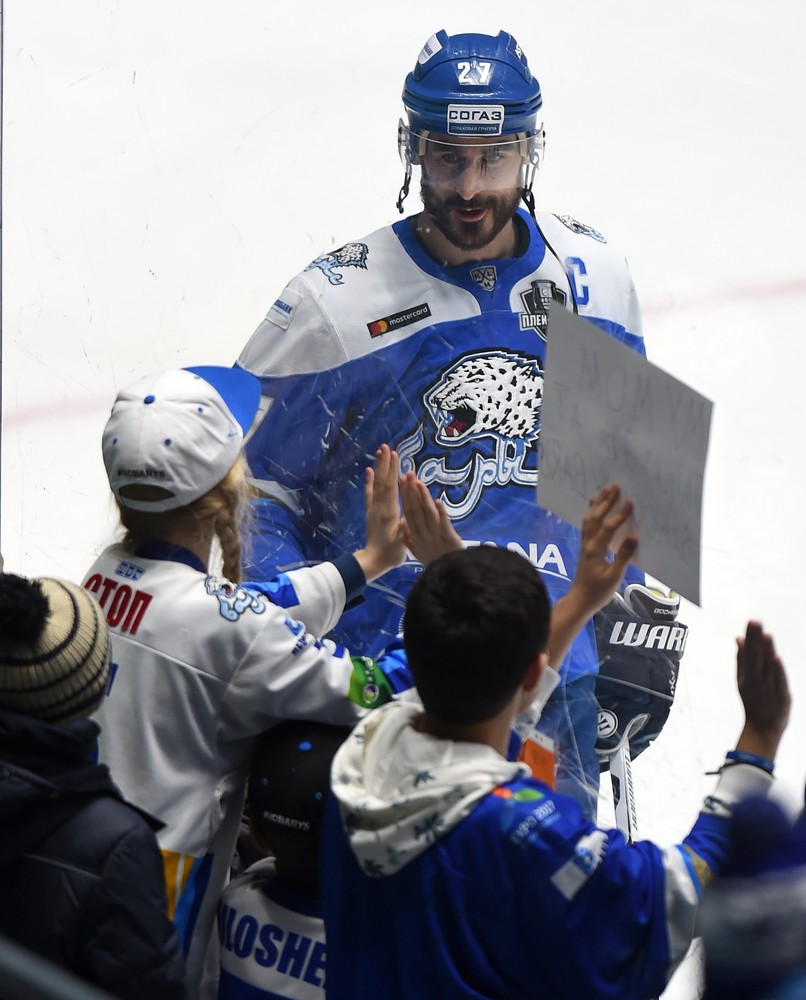 Admiral is playing against Avangard in lonely game of Wednesday 15 January 2020, 07:00