Metallurg Magnitogorsk looks to claim back-to-back Gagarin Cups with a roster that throws up few surprises, but is stamped with quality. There’s all the big-game know-how you’d expect from a team heading to its third final in four seasons. There’s a goalie who’s seen it all and done it all. And then there’s record-breaking offense among forwards and D-men alike. Here’s a guide to the roster for the Eastern Conference representatives in the 2017 Gagarin Cup final.

Vasily Koshechkin, like his opposite number Mikko Koskinen, has plenty of big-game experience in Gagarin Cup Finals. Twice he’s backstopped Metallurg to glory and, this time around, he’s among the leading performers once again. A save percentage of 94.4% is as good as you’ll find in this post-season (leaving aside Mikhail Biryukov’s brief, brave performance for Torpedo against Dynamo); his GAA of 1.88 isn’t quite up there with Koskinen but is still more than respectable.

His understudy, Ilya Samsonov, is another of the young pretenders among Russia’s goalies. Now 20, he has had his busiest regular season to date and was trusted with a couple of starts in the opening round of the playoffs. That went well as Kunlun Red Star was dispatched comfortably enough, but since then the youngster has had to play second fiddle to Koshechkin’s vast experience. 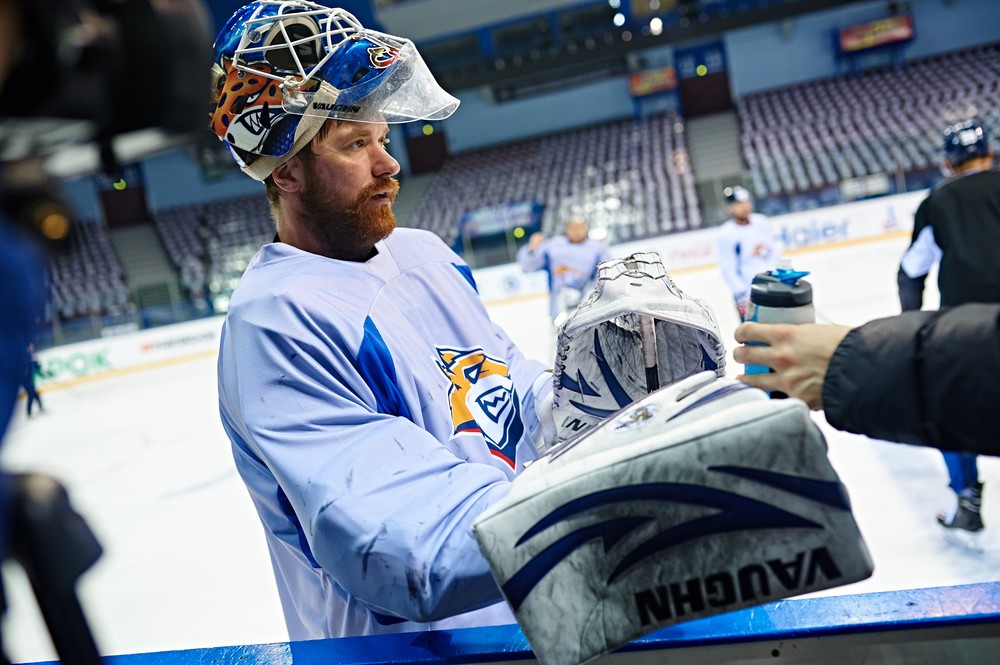 Chris Lee’s 17 assists in this year’s playoffs represents a new record for a defenseman. Indeed, if he continues at his current rate, he could yet threaten the overall record for helpers, set by Sergei Mozyakin with 20 in 2014.

Lee is far from the only weapon that Magnitka can unleash from the blue line: Viktor Antipin – who, incredibly, is preparing for his third Grand Final at the age of just 24 – has contributed four goals (one of them a game-winner) along the run. Another youngster, Alexei Bereglazov, had added six assists while there have been solid contributions from the likes of Evgeny Biryukov as the defending champion has marched through the playoffs. However, if there is cause for concern, Metallurg’s defense has allowed rather more shots on its net – 452 against 369 faced by SKA. 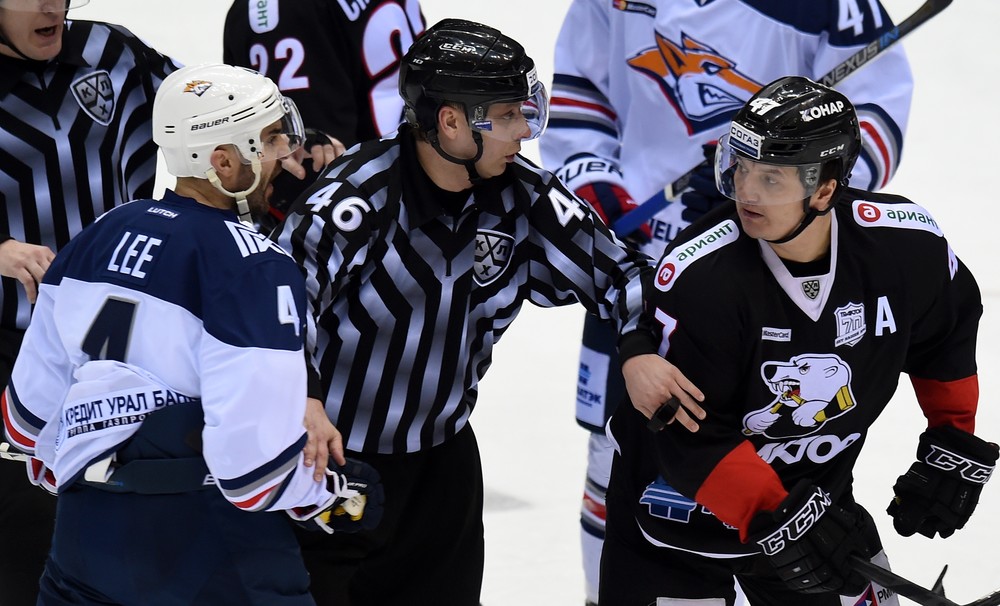 There are no prizes for guessing who leads Magnitogorsk’s scoring. The triumvirate of Mozyakin, Danis Zaripov and Jan Kovar is dominating the scoring for the club and the entire league in post season. Kovar leads the way with 23 points (9+14), Zaripov’s 15-goal haul has him one point behind while Mozyakin is on 21 (6+15). One more goal for Zaripov would establish a new KHL playoff record, snapping a tie with SKA’s Evgeny Dadonov.

But is there much else for Magnitka? While SKA looks capable of coming up with goals on every line, the defending champion is left with bits-and-pieces contributions from the rest. There’s a measure of concern over the form of Alexander Semin, who has yet to score in post-season and has just two assists from 13 games. Head coach Ilya Vorobyov insists there’s nothing to worry about and expects his man – who had 30 points in the regular season – to contribute again, but the stats suggest that if SKA can find a way of muting Mozyakin & Co., Metallurg may struggle to find the scoring power it needs. 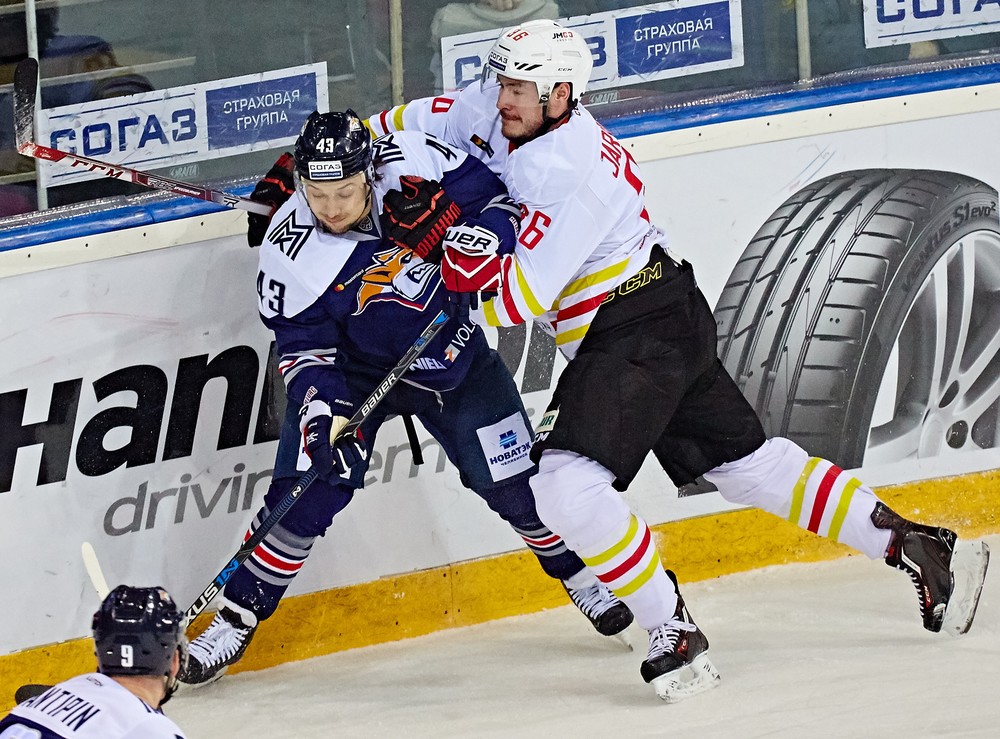 Again, it all revolves around that first line. Kovar and Zaripov have six power play goals apiece, Mozyakin has three and, if Chris Lee’s solitary goal is included, Metallurg’s first choice power play unit has delivered 80% of its scoring when the team has a numerical advantage. While Magnitka and SKA are tied for power play goals with 20 each, Metallurg is well ahead in its success rate after converting 37.7% of its chances thus far. However, it does tend to get scored on after running into penalty trouble, allowing 11 goals on its PK for a rather undistinguished rate of 78%.

Ilya Vorobyov became the youngest coach to lift the Gagarin Cup last season and represents the vanguard of the next generation of Russian coaching talent. His success, initially as part of Mike Keenan’s championship staff then in his own right, has earned him a role for Team Russia. That, of course, puts him alongside his Gagarin Cup Final rival Oleg Znarok, adding another intriguing element to the coming battle. Where Znarok enjoys the greater career experience, Vorobyov also has the enviable position of working with a roster that has remained remarkably consistent over the past four seasons: the Metallurg man knows this team better than anyone, and understands how to get the best from them. 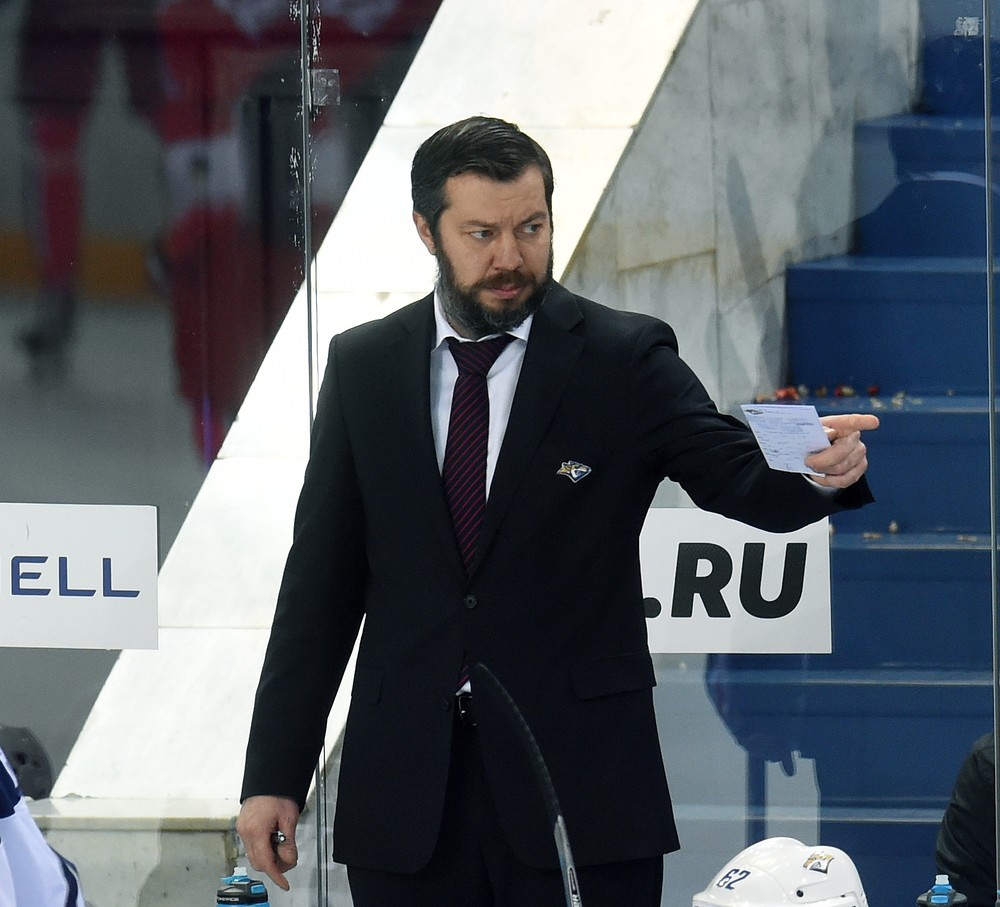