SKA: goals from all lines on a stellar roster

Not many teams could shrug off the absence of Stanley Cup-winning duo Slava Voynov and Pavel Datsyuk, but the power and depth of SKA’s roster means Oleg Znarok’s team has progressed serenely despite injuries to two star players. There’s scoring power all over the ice here, with any line capable of conjuring up a game-changing moment, and evidence of players getting hot at just the right time as we reach the sharp end of the season. Here’s a guide to the roster for the Western Conference representatives in the 2017 Gagarin Cup final.

In the regular season, Mikko Koskinen and youngster Igor Shestyorkin largely shared goaltending duties – with the 21-year-old Russian enjoying an impressive campaign. In post-season, though, the experienced Finn took top billing … until suffering an injury during the Conference Final against Lokomotiv.

Koskinen had his critics – allowing Dynamo’s Andrei Kuteikin to beat him from the red line twice in successive games raised eyebrows. But he also produced some stunning stops, with a memorable stick save against Loko looking like a lock for the save of the season.

Shestyorkin, meanwhile, proved a more than able deputy as he backstopped SKA to victory in game four of the Conference Final and, if required, will only develop from the experience of playing in the biggest games of the season. 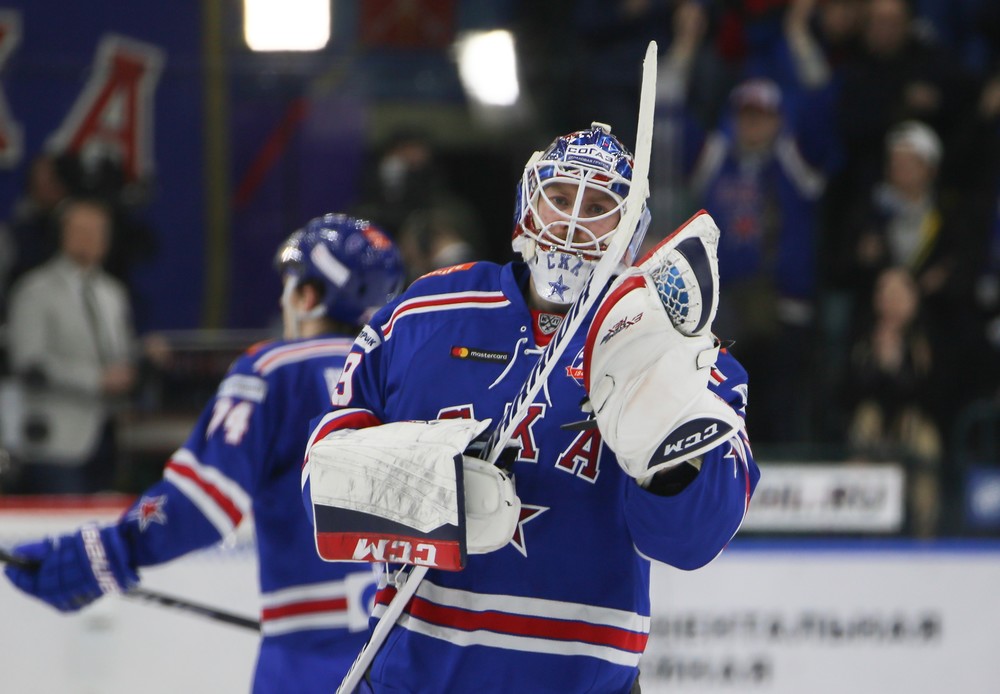 The absence of Slava Voynov, struggling with a long-term injury, hasn’t hampered SKA as much as might have been feared. Oleg Znarok’s team has been boosted by Patrik Hersley’s return to full fitness after a frustrating regular season and the Swede has responded with a career-best scoring haul in the playoffs. His 5+8 puts him level with Anton Belov on 13 points. Belov brings a wealth of experience of Gagarin Cup finals after playing at this stage for Avangard in 2012 and SKA in 2015.

Elsewhere on the blue line, Maxim Chudinov is another high-profile absentee with the Russian international managing just one post-season outing, in a 2-3 overtime loss to Dynamo on March 8. There’s been plenty of uncompromising, stay-at-home defense work from Dinar Khafizullin, Yegor Yakovlev, Andrei Zubarev and Roman Rukavishnikov. 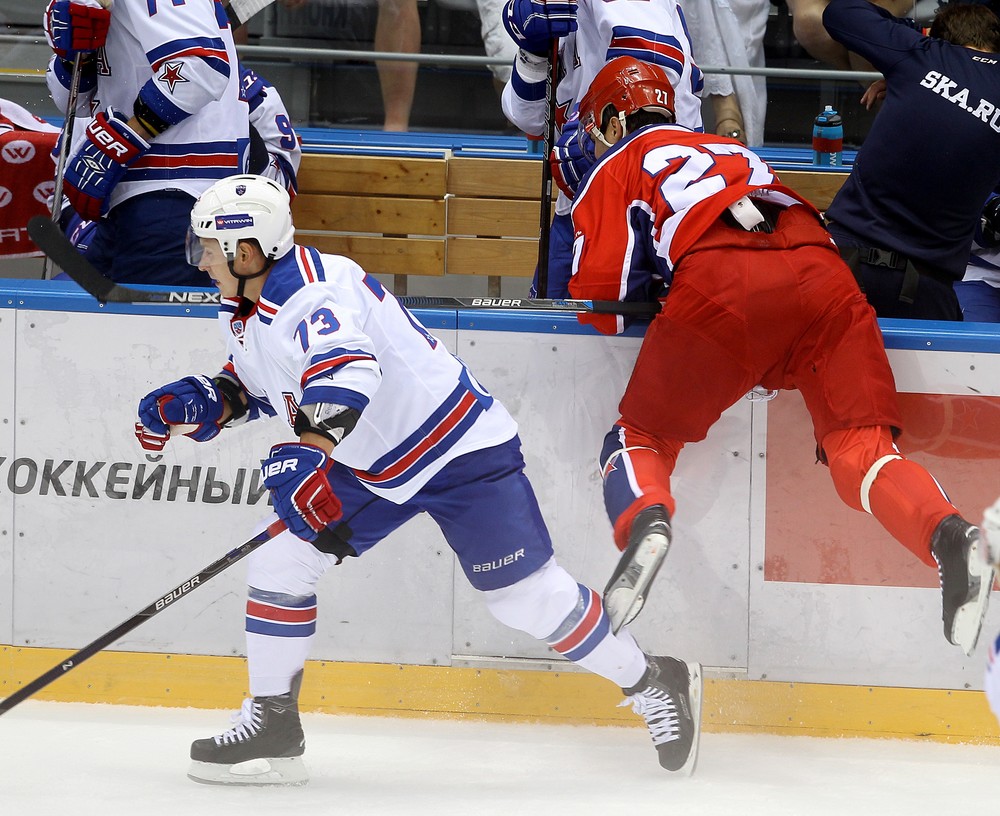 With Pavel Datsyuk injured, it’s fallen to the Shipachyov-Dadonov-Gusev line to pick up the slack … and the trio has responded in fine style. With 14 points apiece in the playoffs, this has been by far and away the deadliest line on SKA’s roster, and on the power play it has been especially impressive. They have produced eight goals between them on the PP, and contributed assists on further scores from Hersley and Belov as SKA repeatedly punishes its opponents for any indiscipline.

The sudden upswing in production from Jarno Koskiranta has been another boon. The Finn achieved a modest 12+6=18 in 57 regular-season games, but quickly heated up in the playoffs to produce 6+4=10 in 13 appearances. Winning teams often rely on a player hitting form at the right time, and Koskiranta could be the man to do that for SKA in this run.

Scoring goes deep: Ilya Kovalchuk and Evgeny Ketov have five goals each, and even Alexander Barabanov ended a 38-game goal drought to snatch an overtime winner against Lokomotiv. 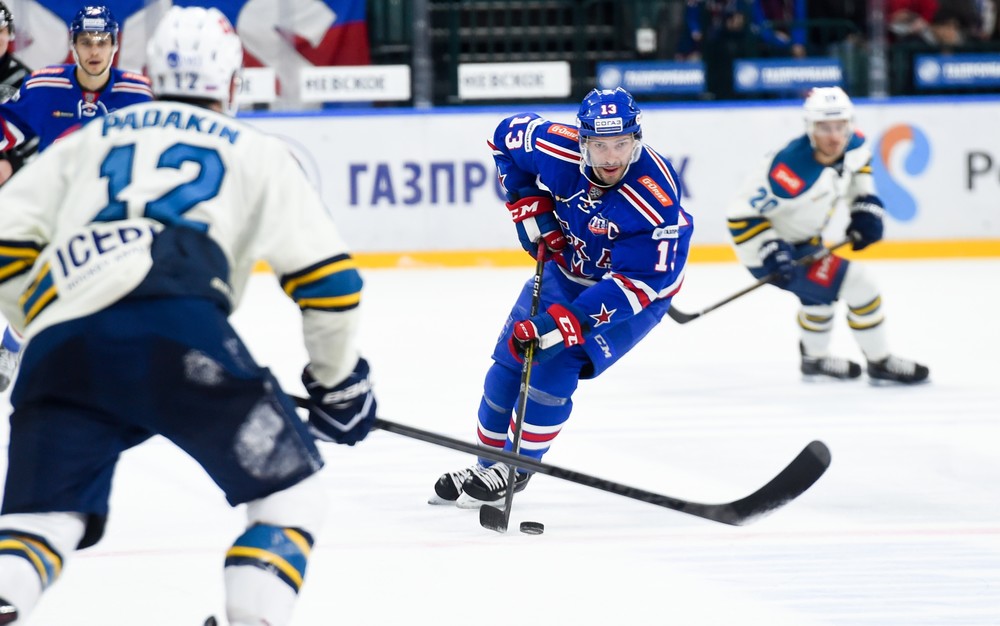 That Shipachyov line has been impressive on the power play, helping SKA to 20 goals with a man advantage. That’s the joint top return in this year’s playoffs, matched only by Grand Final opponent Metallurg. But SKA also has a miserly PK to call upon, killing 93.3% of its penalties and allowing just three goals when playing at reduced strength. Another important detail: SKA has drawn noticeably more penalties than everyone else, with 73 opportunities to play with a man advantage. With Magnitka allowing 11 goals on its PK, that could prove a decisive factor in the coming series.

Oleg Znarok is behind the bench for his fourth Gagarin Cup Final. Victory would make him the first man to lift the cup three teams, and only the second to do it with two different clubs. More impressively, though, he’s a rare example of a coach who can successfully adapt his style to the roster at his disposal. In 2010, for his first tilt at the title, he took a decidedly non-stellar MVD roster to within one game of glory based on tactics that promoted team-work, resilience and an element of surprise. At Dynamo Moscow, where he won back-to-back championships in 2012 and 2013, he took many of those players and melded them into a winning team with greater scope for individual flair; don’t forget his second championship season found space for the unique talents of Alexander Ovechkin during the NHL lock-out. Then, at Team Russia and now at SKA, Znarok has shown that he can work with the biggest names and the most extravagant talents in the Russian game. If it takes one skill set to win as an underdog, it’s a different matter to triumph as a favorite. Znarok has shown he can present a formidable team in any circumstances. 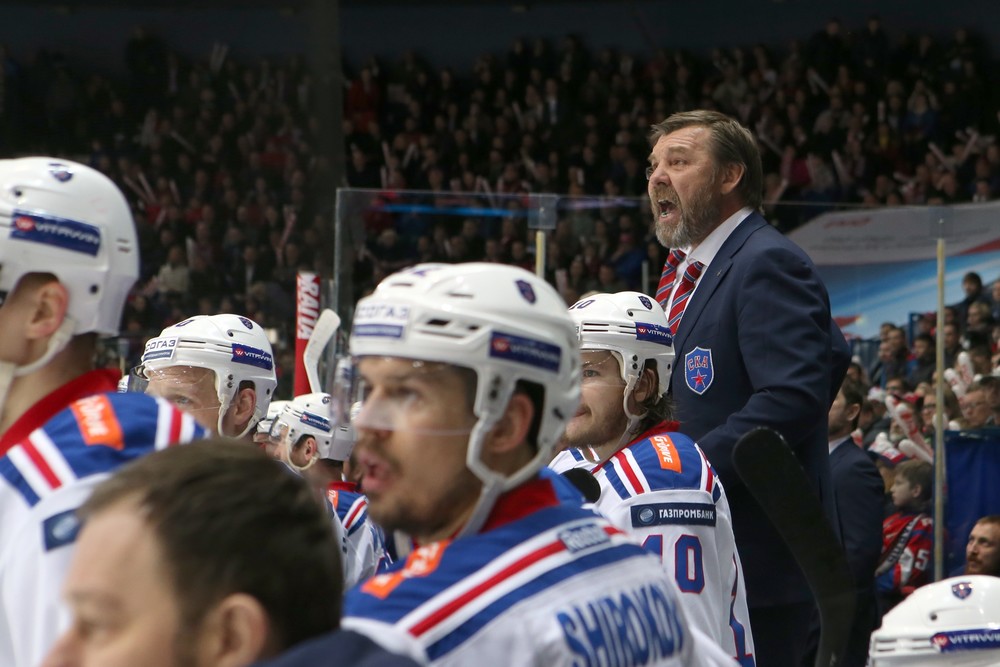