Kozun: “It’s not where we want to be, but we can still take positives”

Lokomotiv forward Brandon Kozun has been at the heart of his team’s offense in this season’s playoffs. With two goals and 12 assists in 13 post-season games, he leads the scoring in Yaroslavl as the team shocked regular season champion CSKA to move into the Western Conference Final against SKA. But two overtime losses against the Petersburg team have put Kozun and his colleagues into a difficult position, and Wednesday’s game is a must-win if Loko is to remain in the competition. In an exclusive interview with KHL.ru, Brandon explained why there is still hope, highlighted the contribution of some of Loko’s young stars and described the challenges of moving to play in Russia.

Thanks for making the time to talk to us. The current series hasn’t gone how Lokomotiv would have wanted, but does the current scoreline change how the team approaches the next game?

Brandon Kozun: Obviously, you never want to be down 0-3 in a series. It’s definitely not where we wanted to be. But when you look from a different standpoint, we’ve played some pretty decent games and we’ve just not found a way to finish them off. We can definitely take positives from all three games so far.

Closing out those games, like we did against CSKA, is a big part of it. It’s one thing to get to the point where you can win a game, but it’s another to actually win it. Good teams find ways to win. St. Petersburg is a very good team, but we’ve done a lot of good things as well. Now we need to find that way to close games. But it’s all experience. We have a young team, and it’s all experience-building for those youngsters.

When three young players step into our line-up and contribute, it says a lot 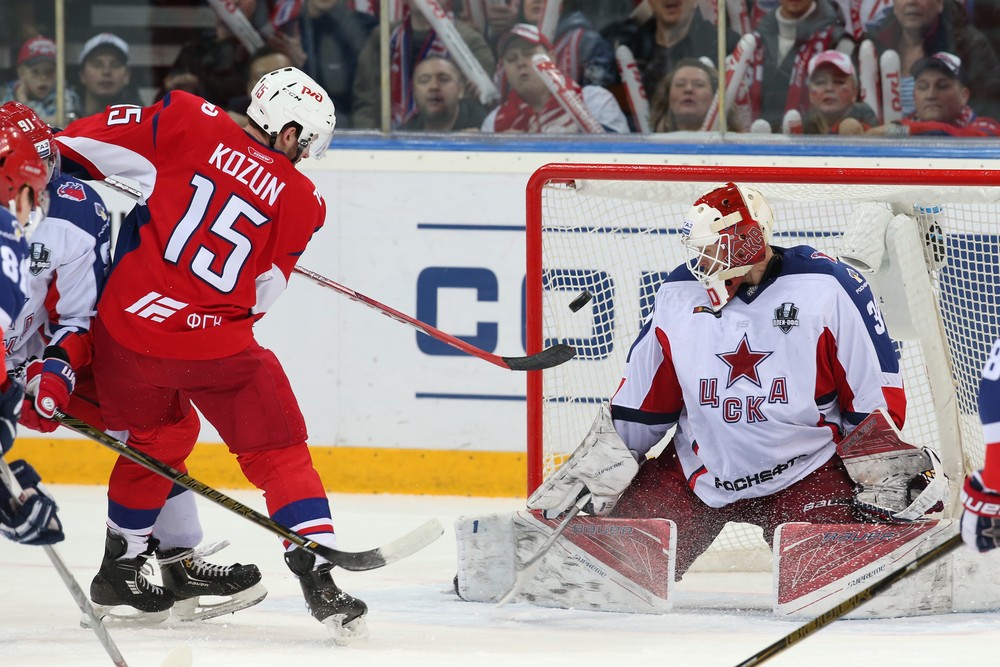 You mentioned a young team. Many commentators in Russia have been talking up the progress of Pavel Kraskovsky, Yegor Korshkov and Alexander Polunin this season as they move from junior hockey to the big league. What’s it like playing with them, and how good can they get?

Brandon Kozun: It’s been awesome having them on the team. You’ve got these three very young guys, they’ve played together for quite a while so there’s that good chemistry between them, you can see that right away. Sure, they’re young, they’re still very raw, but their play is getting better and better. That’s so valuable for them as players and for us as a team. When you’ve got three young players who are able to step into our line-up and contribute, it says a lot about their character, their skill set and the chemistry between them. If they got that chance [to go to the Worlds], I think it would be an awesome experience for them.

It would be an honor to go to the Olympics

Last week, Sean Burke was talking about Hockey Canada’s plans to create an alternative Olympic roster in case the NHL guys don’t get to go to Korea next year. He mentioned the importance of tournaments like this season’s Deutschland Cup, where you played for Canada. Are you starting to think you might be in with a chance of an Olympic call-up?

Brandon Kozun: It’s difficult right now, nobody really knows what’s going on. One day you hear how the NHL guys are going to go [to Korea], the next day everyone says they won’t be there. For me, of course, it would be an honor to go to the Olympics and play for my country. It’s always an honor to be involved with Team Canada. But right now, it’s too far in the future to think about. It’s difficult to know what’s going to happen. I will always be ready if someone gives me the call, but my main focus has to be with the team here in Yaroslavl. 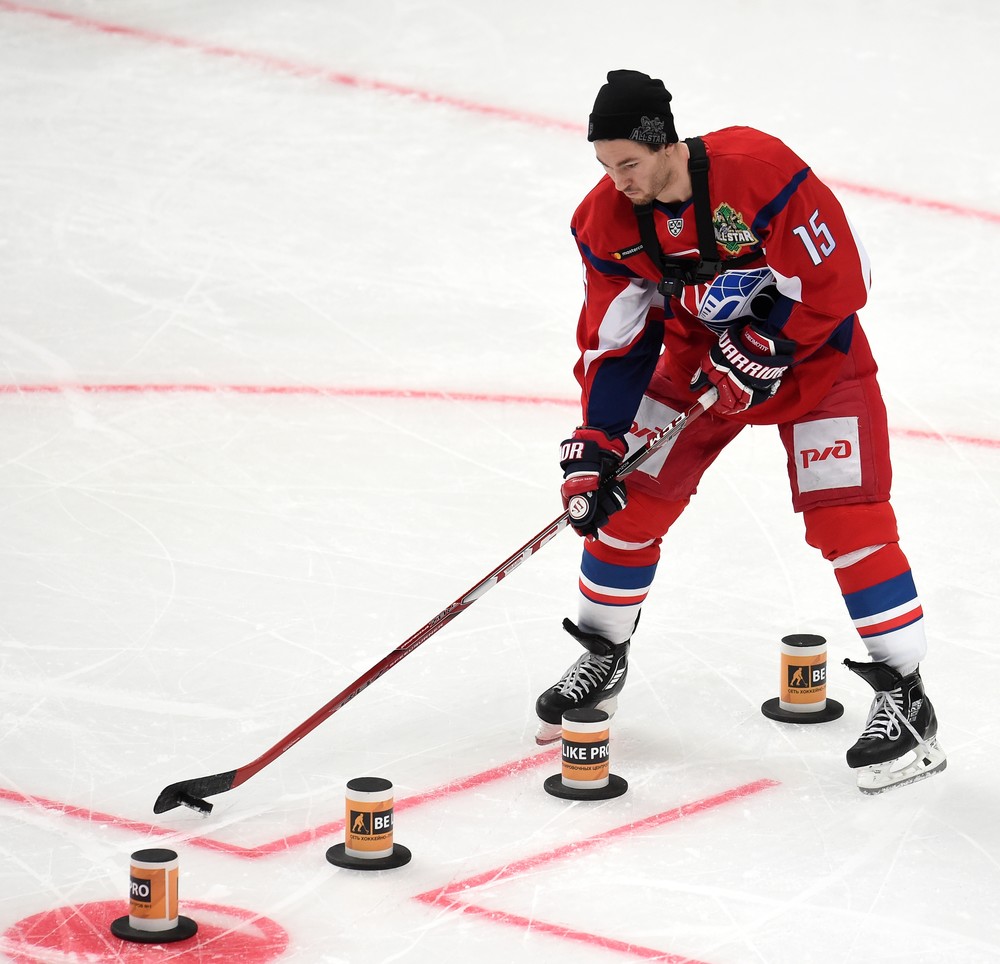 You’ve had a successful partnership with Max Talbot and Petri Kontiola this season. What’s it been like playing alongside them?

Coming to Russia has been a bit of an adjustment: I don’t speak much of the language, people play a bit different game. But all three of us are on the same page and I think that shows in the way we played this year.

It took some getting used to, but everyone in Yaroslavl has been really helpful

You mentioned an adjustment when you moved from Jokerit to Lokomotiv. How much of a difference has it been to change countries, even though you’re playing in the same league?

Brandon Kozun: Obviously coming to the league last year and adjusting to it all helped me. But at Jokerit it was a little bit easier because everyone was speaking English. Helsinki is an international city, so even outside of the hockey club people could speak your language. A lot of the guys at Jokerit had played in North America, so we had a similar program in terms of our style of the game.

Now I’ve come to a country where I don’t speak the language, and not many people here speak English. Alexei Kudashov, our coach, speaks a bit but for the most part, everything’s in Russian. So there’s an adjustment – not just on the ice, but the lifestyle in general. It took some time for me to get used to it and try to learn a bit of the language, but everyone here in Yaroslavl has been really helpful with that adjustment.

The KHL is a great place to play, with some world-class talent

If any of your friends or former team-mates back home were considering an offer to play in Russia, what advice would you offer?

Brandon Kozun: It probably depends what questions they have. It’s certainly different and Russia probably isn’t for everyone. Saying that, from my experience it’s been very good for me. Before I came, I’d heard some stories about this league, but it’s a great place to play; there’s some world-class talent here and Lokomotiv is a great organization. People have treated me very well. If someone asked me for advice, I’d tell him exactly that: it’s been a bit of an adjustment, but it’s been nothing but good for me. I’m playing hockey for a living, and getting to experience a whole new country. 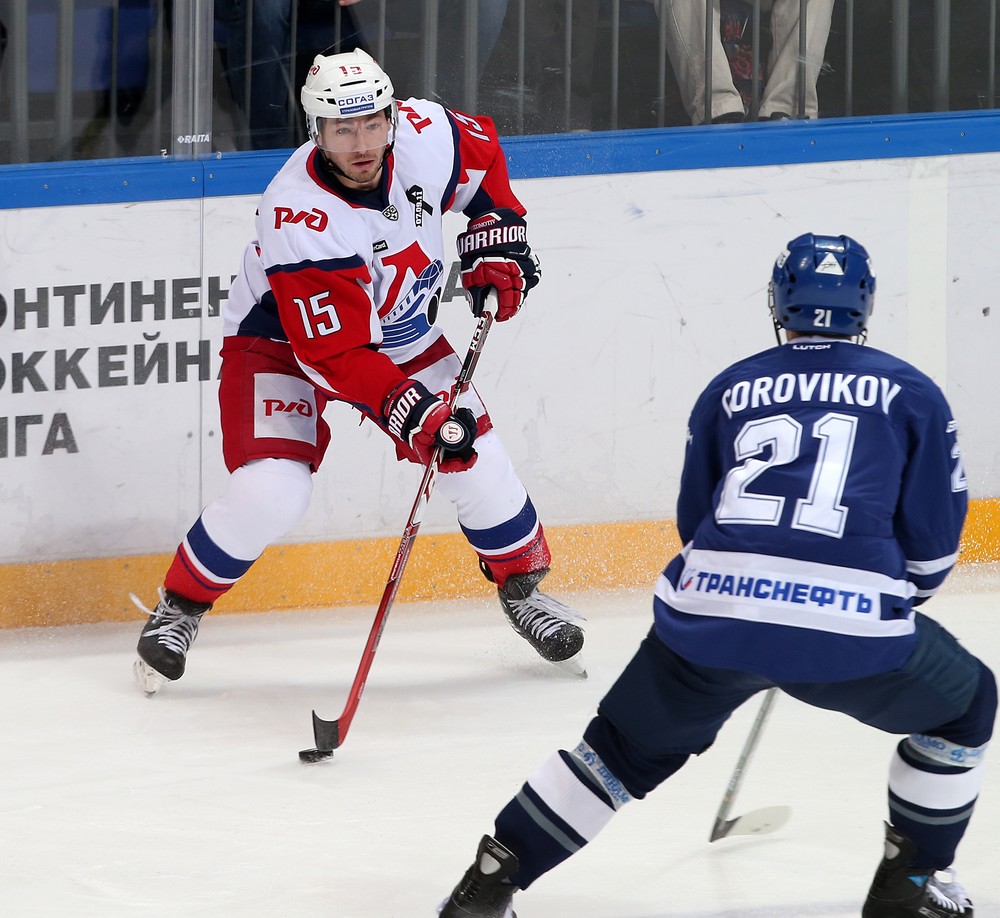