Max Talbot: “When you taste success, you want it even more”

We have been spoiled for entertainment and drama in the 2016-17 playoffs, even though most series had gone to form. Last Saturday, however, with Lokomotiv’s 4-2 elimination of regulation season champions CSKA, we had our first major shock.

The series-winner came halfway into Game 6 following some slick, quick passing from defensemen Staffan Kronwall and Jakub Nakladal, finished off with a smart shot into the roof of the net from longtime Pittsburgh Penguins hero Max Talbot. The speed of the move momentarily bemused the commentators, one of whom credited Petri Kontiola with the goal. It was an understandable lapse. CSKA’s formidable D-man Grigory Panin – not known for letting forwards out of his sight – did not notice Talbot’s appearance until the puck was in the net. About a minute later, Panin received a double game misconduct for successive high hits on Talbot and his fellow Canadian, Brandon Kozun, but for Max such treatment was water off a penguin’s back, and he returned to the ice to help his team clinch a famous victory.

“Cometh the hour, cometh the man.” Maxime Talbot’s finest 60 minutes came at the Joe Louis Arena in Detroit, when Pavel Datsyuk’s Red Wings hoped to clinch back-to-back Stanley Cup triumphs against Sidney Crosby and Evgeny Malkin’s Pittsburg in Game 7 of an enthralling final series. The famous names were upstaged, however, and two goals from Talbot were enough to give the Penguins a nail-biting 2-1 victory.

With a Western Conference final against Pavel Datsyuk’s SKA Saint Petersburg on the horizon, Maxime Talbot kindly took some time to speak to KHL.ru.

“It’s a rough job, because you get hit, cross-checked, and slashed, but it’s rewarding” 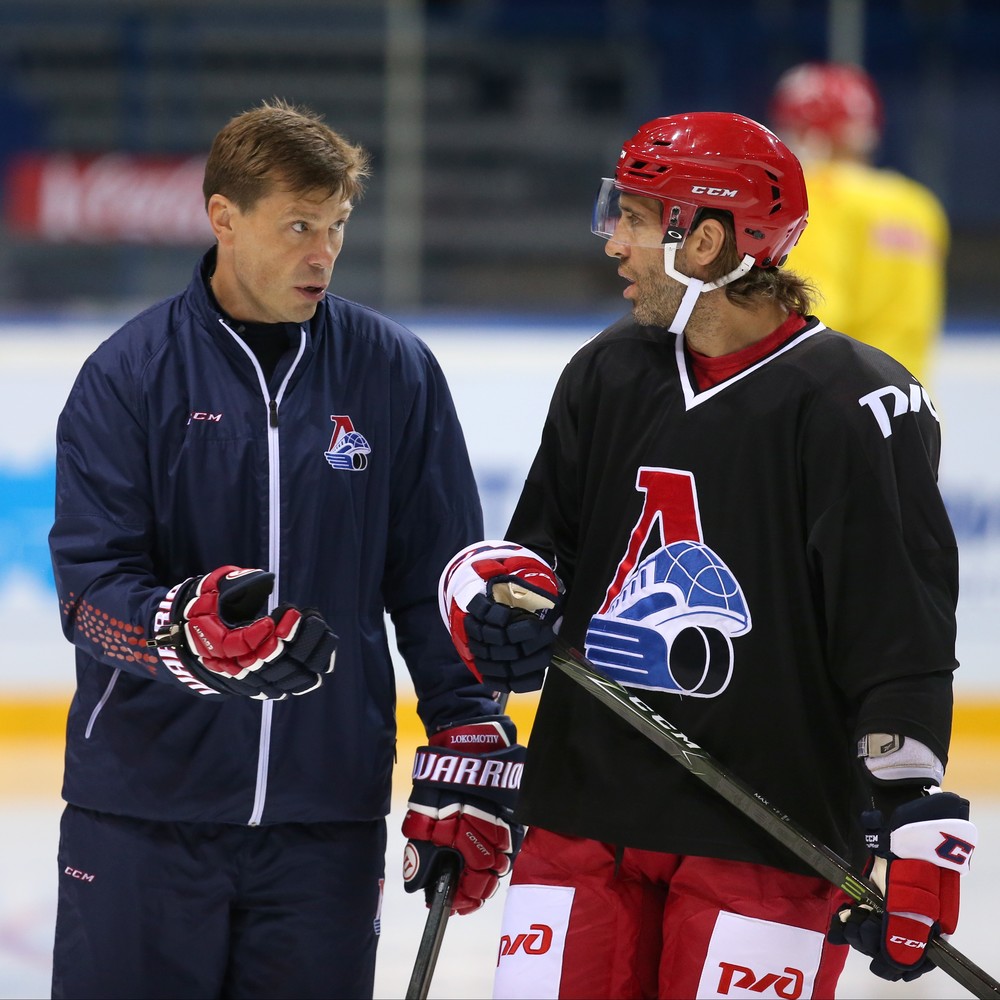 - Thank you, Max, for coming to our League, and for talking to us today. At a tense and crucial part of the game, you scored what turned out to be the series-winner against the favorite and regular season champion. How did you carve out space in front of goal against a very formidable defense?

Maxime Talbot: “Well, it’s been pretty much my role since the start of the year. I’ve been lucky enough to get in front of the net on the power play and I play with a lot of very good players on that unit. I try to create screens, tip pucks in and get on the end of passes like this. Obviously, it’s a rough job, because you get hit quite a bit, and cross-checked, and slashed, but it’s rewarding, because when you get the chance to score a goal like that it obviously feels good.”

“The fans are amazing – not just in the playoffs, but for the whole season. People just love hockey here”

- You once did a memorable series of undercover interviews on the streets of Montreal, in which you asked your fellow Quebecois about Max Talbot, and one said you were old. Is it fair to say, as you’ve played in every regular season and playoff game, and you’re still outwitting top defensemen, that you are as fit as you ever have been?

Maxime Talbot: “Yes, definitely. I’ve just turned 33. Sometimes, in the hockey community, especially nowadays when the players in the League - I’m talking about the NHL as well as the KHL - are getting younger and younger, and faster, you can start believing that you’re old when you’re past 30, but it’s more about how you prepare and how you think about yourself. This season I haven’t felt old one bit. As you said, I have played every game, had a lot of minutes, and I can say I’m pretty proud of playing hard. I try to be 100% all the time, killing penalties, trying to finish my checks, and I’ve been feeling good. Things are pretty positive in that regard.”

“I’m proud of the Yaroslavl club, and everything has been great here for me and my family”

- First season in the League, consistent, and instrumental in eliminating the favorite from the playoffs. Could things be any more positive?

Maxime Talbot: So far maybe not, but there is a lot of work to be done, and it’s nice to be in that position right now, and I’m looking forward to the challenge. Yes, it’s been good and we are proud of the work we’ve been doing, but the biggest challenge comes next, with SKA Saint Petersburg.” 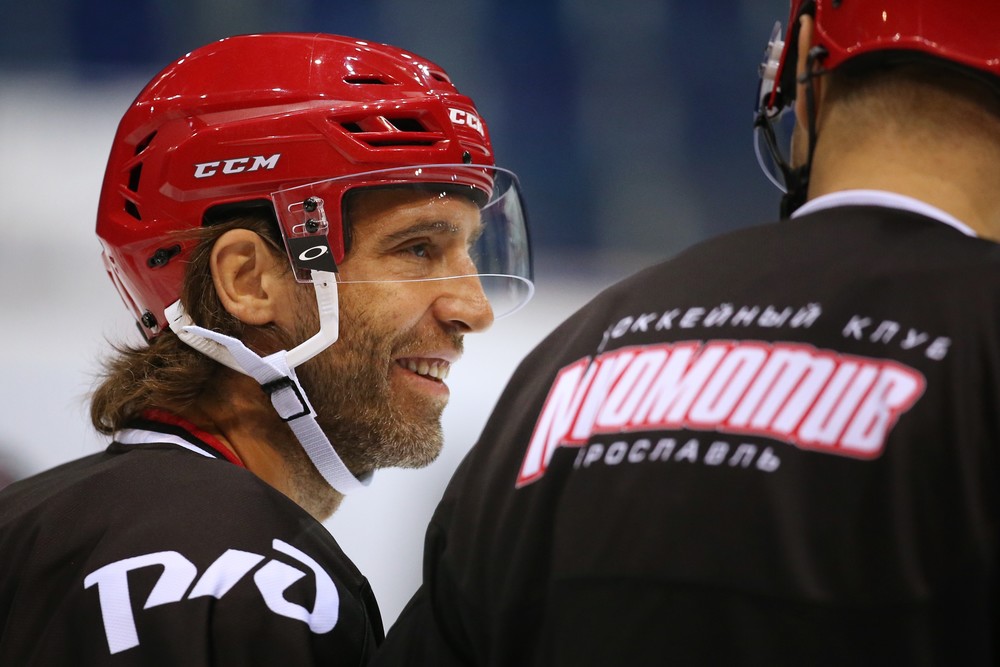 - You have amassed a wealth of experience in North America, and you have now played a full regular season and faced every team in the KHL. What are your overall impressions of playing in our League?

Maxime Talbot: Since coming to Lokomotiv last May, it has all been very good. I was going to say everything was way over my expectations, but I didn’t really know what to expect. I’d never seen any of the rinks, or the crowd, and I didn’t have much information, so before I signed I made phone calls to some guys (Semyon) Varlamov, who played for Lokomotiv, of course, and to guys who had played for different teams. I decided to jump in, and everything has been great here for me, and for my family - I’ve got my wife and my two kids here and they’ve taken good care of my family, top notch, since the start of the year. I’m very lucky and very proud to be part of the organization in Yaroslavl. And the fan base is amazing – not just in the playoffs, but it has been like that for the whole season. People just love hockey here. It’s definitely been a fun time and that’s one of the reasons why I decided to sign up here for another season.”

- Looking at your career, it is strange that someone with your experience dropped down to the AHL, and the Providence Bruins, and then crossed the ocean.  Did you have offers from other NHL teams or from other countries?

Maxime Talbot: “Well, you know the NHL is very competitive, and every team just wants to put the best line-up on the ice, and often a young guy turns up to take your spot. Last year was a fairly up-and-down season. in a relatively new organization to me - I got traded the year before - and it was March, so when they gave me a choice to go to Providence for the playoffs, I obviously said yes, because I love hockey.  Soon it was late April, and Lokomotiv was the first team that called me. I was open to all offers and I really didn’t know where I was going to play – the KHL, or try the NHL again - when Lokomotiv called and said they were very interested in me, I did my homework on them. and my wife was like, “Let’s go! Why not? They want you, and you heard good things about his organization, and so let’s try something new.” So, she was really the one that said, “OK, let’s do it!” I couldn’t talk to any NHL team before July, as then the market hasn’t started yet, so that was it. The first offer, I said, “Yes,” and here I am.”

“That is what you want – a challenge, and Datsyuk and SKA is certainly a big one”

- Few people have won the Stanley Cup, and you did it in almost comic-book style, not just scoring the series winner but grabbing both goals in Game 7. What is it like, psychologically? They say Alexander the Great wept when he had no more worlds to conquer. Is it hard to motivate yourself? Or is it the opposite?

Maxime Talbot: It doesn’t make it hard to get motivated, because when you taste it once, you want it even more. And you know, we had the team to do it again. I remember after we won, a week later I was on vacation with Sidney Crosby, we were sitting by the pool, and I said, “We won the Stanley Cup. Let’s do it again next year,” and then you look back, and you’re 8 years away. They were able to do it again last year, but it was 7 years after, so yes, it is definitely not easy to do it again. I really appreciate it, and the memories will always stay with me. it’s something that you can be really proud of.”

“My parents came to Germany see me captain my country, and then followed me here to Russia”

- You’re going to face Pavel Datsyuk again. Some find that daunting, but does he bring back happy memories of the Stanley Cup?

Maxime Talbot: “All kinds of memories, because we played back-to-back finals, 13 games against each other. It’s exciting, it’s a challenge, and that’s what you want - challenges, and this is certainly a big one. He’s one of the best that is still playing the game, and he’s fun to play against. He doesn’t just score nice goals, and he plays the game the right way.” 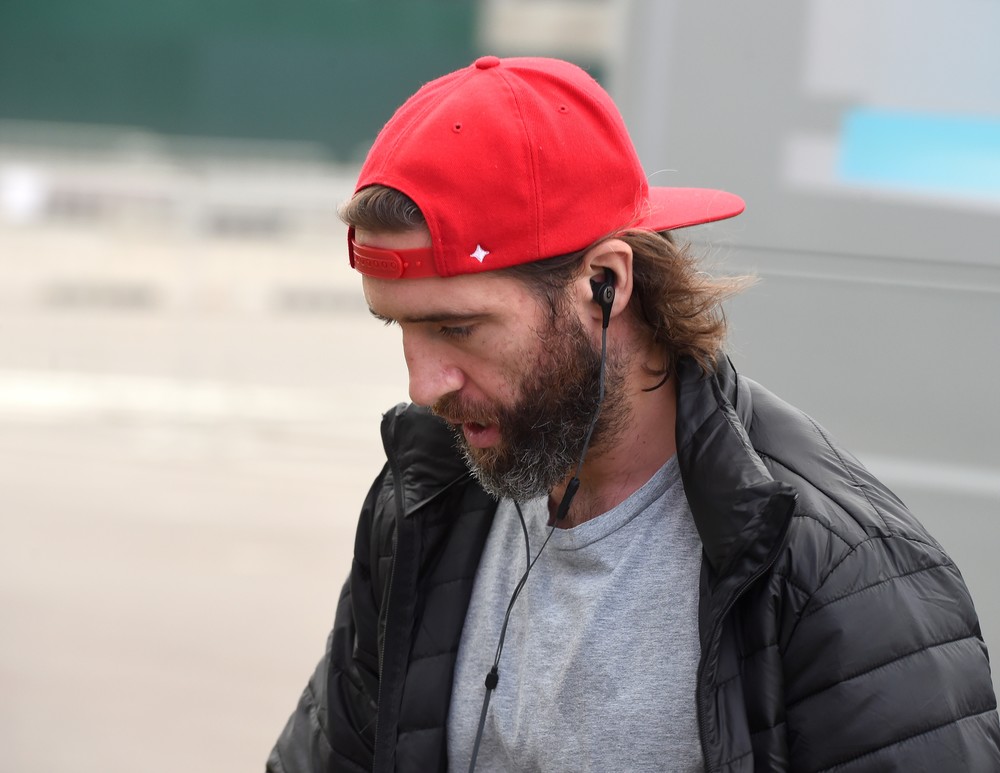 - Back in the November break, you captained Team Canada in the Deutschland Cup. What was that like?

Maxime Talbot: “That was a nice surprise - something really unexpected. I had never really heard about the Deutschland Cup until this year, before coming to Russia and the KHL, and here I was. Lokomotiv let me go to Germany, and they told me right away I was going to be team captain, so it was a very big honor for me. I was able to fly my parents down, so they came to see me and they followed me here to Russia afterwards, I was very proud of this because I had only worn the jersey twice before, when I was under 18.”

“My autobiography would be a pretty entertaining story, but I still have too much to do in hockey”

- In July, Canada celebrates its 150th anniversary. Do you know what you will be doing to mark it?

Maxime Talbot: Yes, after this season I’m going back to see my family. It’s been seven weeks since I last saw them, so I miss them quite a bit, and I’ll fly straight back home after the season. And then my wife is expecting our third child and the baby is due in July, so I will probably be in Canada for July, before heading off to camp.”

- We spoke with CSKA’s Jeff Platt before the series and he accurately predicted that Loko would be stern opposition. He also gave a warning that SKA’s Maxim Chudinov was the defenseman who most impressed him this season. Has any D-man similarly impressed you in your debut year?

Maxime Talbot: “Yes, the big Dynamo Moscow guy, Ilya Nikulin. Our first encounter was a pretty heated game, and he was a very good player and really tough to play against.”

- On your Twitter feed, you announced your arrival at Lokomotiv as “another chapter in the book?” Are you writing the book yet?

Maxime Talbot: (laughs) No, not yet, although I’m sure it would be a pretty entertaining story, but I still have too much to do professionally. I’m still taking one game at a time, one day at a time. I just live the moment, be positive about it, and see what comes next.” 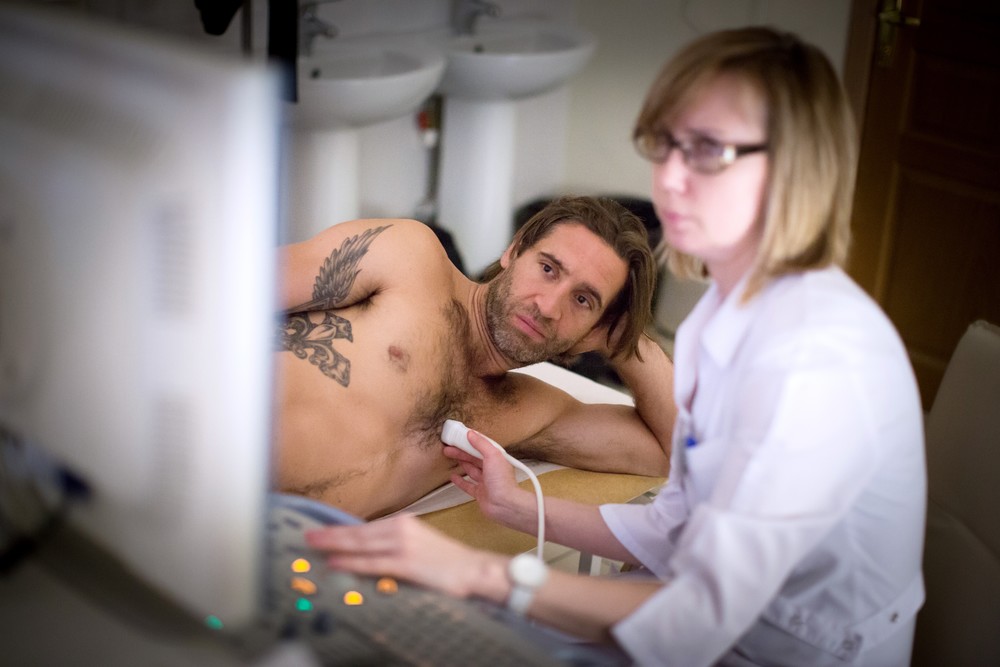