Fast forward to 2017. Five years on, Kudashov and Znarok are seeking more Gagarin Cup glory … but this time they stand in each other’s way. Znarok, who went on to defend his title in Moscow before taking up his position with Team Russia, is now behind the bench at SKA. Kudashov ended his playing career after Dynamo’s first triumph and spent two seasons as head coach at Atlant before moving to Lokomotiv in 2015. Now, both men are preparing for this week’s Western Conference Final as SKA faces Lokomotiv.

Znarok’s coaching career is well-known. His success at club and international level speaks for itself, while his spiky character has introduced a new, combative attitude to Team Russia after the patrician strategies of the Zinetula Bilyaletdinov era. At SKA, the lavish collection of exquisitely talented players on offense feels different to his previous club teams at MVD and Dynamo. But for all the thrilling talent on display, the Army Men are no soft touch when it comes to a battle. Maybe it isn’t co-incidence that Pavel Datsyuk, that most elegant of hockey players, picked up the first game misconduct of his career while playing under Znarok. Anyone involved with this coach understands that talent – no matter how outrageous – will never be enough to exempt any player from putting in the hard yards on the ice.

Kudashov’s story is a bit different. Two seasons of struggle at Atlant saw financial constraints hamper the team. Twice, he fell just short of a playoff spot. When Lokomotiv came calling, it looked like a change of direction for the Yaroslavl team: no more big-name foreigners; instead, a calculated gamble on a rising star of Russian coaching. Now 45, Kudashov shows signs of delivering on that promise – and of helping Loko develop its own emerging talents. He’s spoken of his willingness to give serious game time to the leading products of the renowned Yaroslavl hockey school, and that has been rewarded with big performances from the likes of Pavel Kraskovsky, Yegor Korshkov and Alexander Polunin. That trio has impressed for club and country, playing as a single line at Lokomotiv and for Russia’s u20s. The elder two, Kraskovsky and Korshkov, also featured in Russia’s senior roster during the successful Euro Hockey Tour campaign. Polunin, already attracting attention from across the Atlantic, told IIHF.com earlier this season that Lokomotiv’s commitment to nurturing young talent was a big part of why he left Moscow to continue his development in Yaroslavl. “Because of the coaches’ trust, young players gain confidence and play better,” he said. “It’s very good because it helps me develop and grow better and faster.” 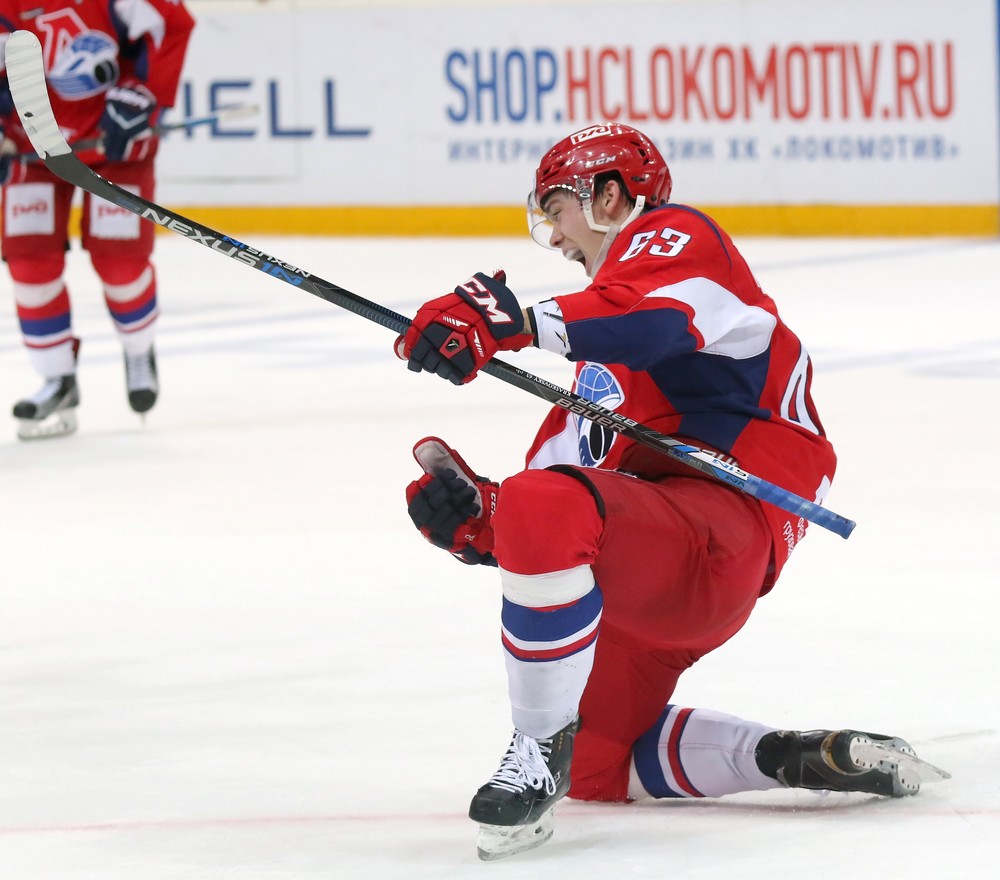 That young trio has played a valuable cameo role in the current playoffs, but Lokomotiv’s biggest strength so far has been its power play. It’s no coincidence that D-man Jakub Nakladal, a two-way player with a mighty slap shot, is the team’s leading goalscorer: partnered by Staffan Kronwall while Brandon Kozun pulls those power play strings, the Czech has emerged as a formidable weapon in post-season, three seasons after he helped defeat Lokomotiv at this stage while playing for Lev Prague.

Kudashov has some injury worries: first-choice goalie Alexei Murygin missed the last two games of the series against CSKA and his fitness is uncertain ahead of Thursday’s opener in Petersburg. Kozun took a hit to the head during Grigory Panin’s rampage on Saturday and did not feature in the latter half of that game.

Znarok, meanwhile, is without defenseman Vyacheslav Voynov, who has not featured since appearing in one shift in the final game of the regular season.