Girls Get to Grips with Hockey

From Monday, the 6th of March, until Wednesday, the 8th of March (appropriately enough, International Women’s Day), the ASK ice palace in the village of Strelna, near Saint Petersburg, is hosting a grand hockey tournament for teams of girls aged 7-11 years. The event is the result of joint support from the Leningrad Region Hockey Federation and the Elena and Gennady Timchenko Charitable Foundation, which runs the Dobry Led (“Kind Ice”) program for the development of children’s hockey.

The competition will feature six teams of girls:

The number of teams from far and wide makes this one of the biggest junior girls’ hockey tournament in Russia, which should guarantee considerable interest among spectators and experts alike.

SKA-Aurora head coach Violetta Simanova said of the event: “Women's hockey in our country is quite a young sport and these tournaments will definitely contribute to its development. We are sure to see some exciting games played in a great competitive spirit.”

The Dobry Led program offers youngsters much more than a chance to “get their skates on.” The girls also get a guided tour of the nearby Peterhof Palace, and at the arena, they will be treated to an exhibition from the Moscow Hockey Museum, including artefacts from the collection of renowned referee Mikhail Galinovsky.

Igor Baradachyov, Deputy General Director of the Timchenko Foundation, added: “This tournament will be the main girls’ hockey competition of the year. Women's hockey tournaments are still a rarity, but they help to improve the perception of hockey, as well as add some beauty and grace to this traditionally masculine sport. I hope our young participants will be a credit to the game of women’s hockey in Russia.” 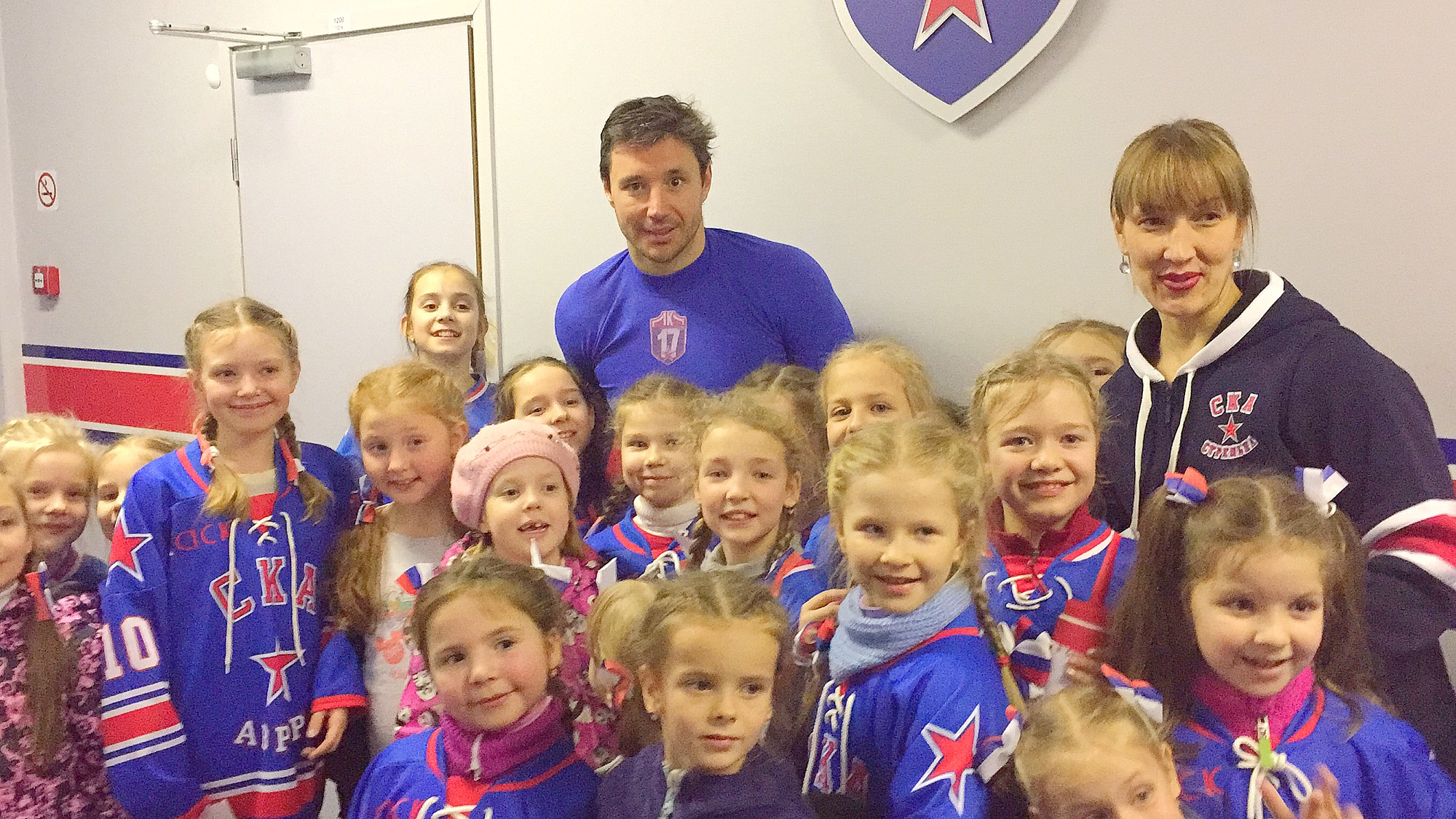 Another important feature of tournaments in the Dobry Led program are seminars for parents. These are created to tackle issues arising in the coaches-children-parents triangle. Eminent psychologist Yulia Rodygina gives classes to audiences comprising young hockey players, their parents and their coaches, and the budding young hockey stars of tomorrow can also take part in psychological research.

Andrei Tochitsky, President of the Leningrad Region Hockey Federation, gave his view: “The participants in this tournament are really great girls, eager to take part in what is a historic event for Saint Petersburg and Leningrad Region. In staging such a contest, we are laying a solid foundation for the development and progress of girls’ hockey and women’s hockey in our region, and it is fitting that this festival takes place at this time, when we are counting the hours to International Women’s Day.”