It’s Conference Semi-final time, and the action is hotting up. In the West, we get underway on Wednesday. Here’s a look at the background to CSKA and Lokomotiv, with both clubs eying a first-ever Gagarin Cup success.

If the SKA – Dynamo match-up is a microcosm of the recent history of Russian hockey, the clash between CSKA and Lokomotiv is a rare sight in the playoffs. The teams have never met in a KHL post-season, and both are looking to lift the Gagarin Cup for the first time.

Both clubs have come close. CSKA lost out in 2015’s Conference final to eventual champion SKA, before going one better in 2016 and losing in game seven of the Grand Final against Metallurg Magnitogorsk. Lokomotiv reached the first ever final in 2009 before losing to Ak Bars, and made the Conference finals in 2010, 2011 and 2014.

As regular season champion, CSKA goes into the series as favorite. Before the season, many wondered how Dmitry Kvartalnov’s team would fare after losing the talents of Alexander Radulov and Nikita Zaitsev to the KHL. The answer was ‘just as well as last year’, as the Army Men once again topped the table. Kvartalnov did not recruit famous names to replace his departing stars, but instead showed faith in his roster to plug the gaps. Eye-catching contributions from the likes of Bogdan Kiselevich, Maxim Mamin and Kirill Petrov point to strength in depth; the likes of Stephane Da Costa and Geoff Platt also made contributions despite seasons hampered by injury or partly spent playing abroad. Of the new recruits, Alexander Popov’s vast experience of a career playing for Avangard saw him chip in with a handy 34 points, while Greg Scott was the Trans-Atlantic arrival who delivered with a 28-point haul.

However, the positivity around the team might be tampered with some caution. Yes, CSKA swept past Jokerit without dropping a game in the opening round. But three times it needed overtime to subdue a Finnish team that managed a disappointing eighth place in the regular season. The Army Men were sometimes drawn into unnecessary skirmishes, allowing games to turn into battles rather than dominating with the kind of hockey the team is capable of turning on. The current CSKA team is no soft touch in the face of any rough stuff: it looks difficult to beat, but might be vulnerable if it hits penalty trouble. 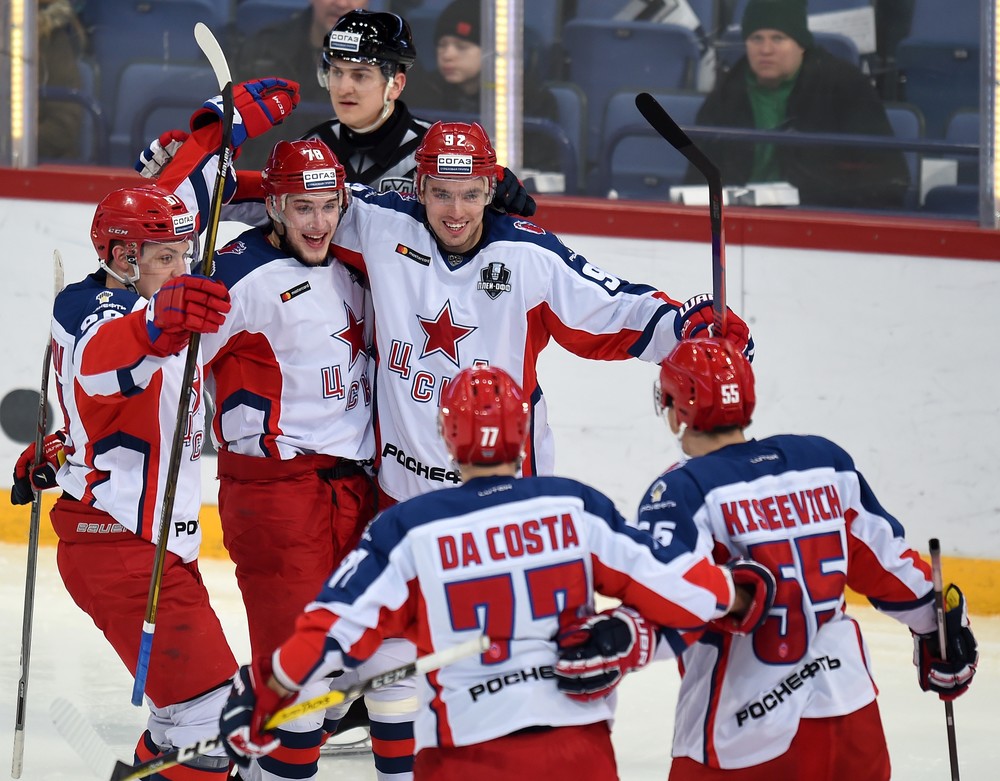 Lokomotiv, meanwhile, has just the special teams to punish that. The Railwaymen made light of a potentially tricky match-up against a Dinamo Minsk team just off its best ever regular season campaign. Back-to-back 7-2 and 5-1 wins suggested a greater gap in class than the league rankings had indicated, and the Loko’s special teams were especially imposing. With eight power play goals from 19 opportunities, the 42.1% conversion rate was comfortably the best in the opening round. At the other end, the PK contributed three shorthanded goals while allowing just two – even an advantage might not be an advantage against this opponent.

Brandon Kozun holds the key to his team’s offense. Alexei Kudashov brought him from Jokerit in the summer, and the Californian-born, Canadian-registered right-winger has impressed once again. In post-season, he’s been quietly pulling the strings – just one goal, but nine assists in five games. With the team enjoying a glut of PP scoring, it’s no surprise that D-men Staffan Kronwall and Jakub Nakladal, both blessed with formidable slap shots, are leading the team’s goal charts with three apiece. 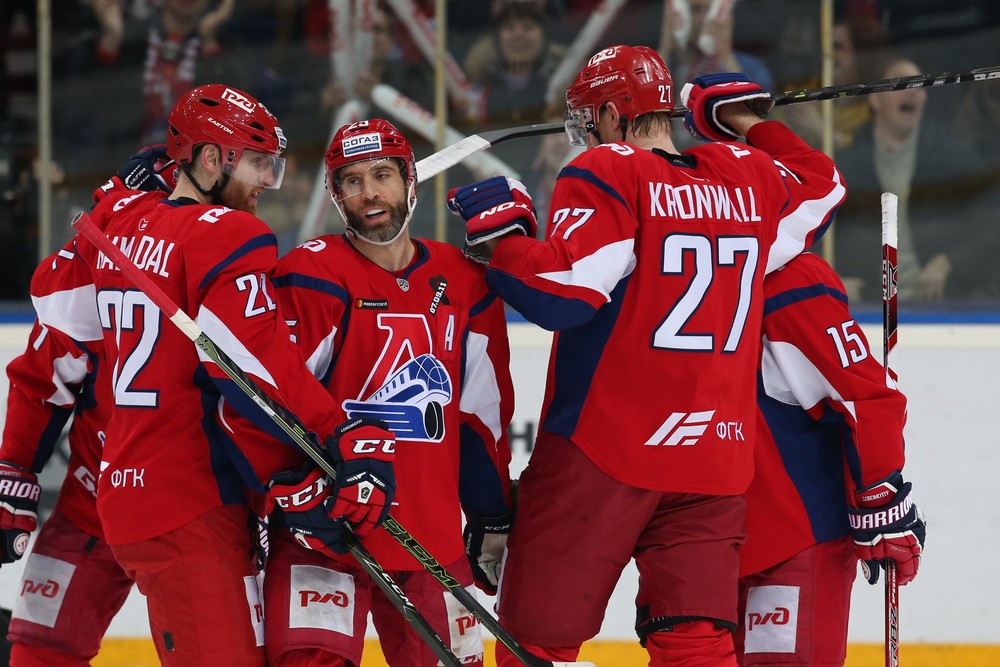 The series starts on March 8 in Moscow, with an early face-off at 1700 Moscow time because of the International Women’s Day holiday. March 10 sees game two in the capital, before the action moves to Yaroslavl on March 12 and 14. If needed, further games will be on March 16 (Moscow), March 18 (Yaroslavl) and March 20 (Moscow)