Few would deny that Sergei Mozyakin’s 1,000 career points in national championships is a stunning achievement. Even the most partisan fan, fervently focussed on the fortunes of his team in the forthcoming playoffs, must have paused to ponder the Magnitka marksman’s record.

How does he do it?

We at khl.ru decided to ask the expert, Mike Keenan, who in 2014 guided Mozyakin and Magnitogorsk to Gagarin Cup glory a full two decades after he captured the Stanley Cup with the New York Rangers. The great coach has been far from idle since leaving Metallurg in 2015, and his wisdom and experience has been sought by interested parties in London, Moscow, China as well as in North America. We tracked him down to Florida, where he kindly agreed to give us his views on the KHL, life after Magnitka, the future, and of course, the phenomenon that is Sergei Mozyakin.

“Mozyakin reminds me so much of Hakan Loob”

You are the obvious choice to ask about Sergei. What is he like, as a man, a colleague, a player? What makes him so good?

Mike Keenan: He is a really honest player, he is a good team mate, and he has got a knack for scoring. Mozy is a terrific goal scorer. He sees the ice well and he is very intelligent. He’s a good man, a good leader, and a good player for Metallurg.

How much of his success is down to his linemates, and indeed, his teammates? And if you were the coach of the opposition, what could you do to try and stop him?

Mike Keenan: One thing people should pay more attention to is his power play setup. He gets a lot of help, obviously, from his team-mates and he scores a lot of powerplay goals, so focusing on that would be one strategy or tactic I would employ. I also would employ a match-up against his line, Kovar and Zaripov. I think they do more of that in the NHL than they do in the KHL, but if I were coaching against him in the KHL, those are certainly two things that I would pay attention to.

“Mozyakin beats goaltenders by surprising them”

How would Mozyakin fare in the NHL and how does he compare with the great NHL players that you have known or seen?

Mike Keenan: I think that he would do fine in the NHL if he was put in an offensive role, as that’s his strength, that’s his skill, and as I said, he would probably be very useful on the powerplay. As for great NHL players, Mozyakin reminds me so much of Hakan Loob, who was a big goalscorer for Calgary in the NHL.

Is there anything unique about Mozyakin?

Mike Keenan: Yes, the unique part of his game is he has a very deceptive shot. He flings the puck often, rather than just slapping it or shooting it. That is how I would describe it - flinging the puck. It is a very deceptive shot, and that is why he beats goaltenders – by surprising them.

“I still have the passion”

What have you been doing since you left coaching? And do you miss it?

Mike Keenan: I enjoy coaching, I do miss it, and I would prefer to be coaching. I was communicating and working with some people in London regarding the possibility of expanding the KHL to that city. I’ve also been in touch with people in China, with their hockey program, leading from now up until the (2022 Winter) Olympics. I was also doing some work for Match TV, the Russian television station, regarding some documentaries that were shown during the World Cup, which I attended. The people that we interviewed were, for example, Gretzky, Messier, Hawerchuk, Lindros, Larmer, just to mention a few, and they did some specials, so I’ve tried to stay busy with the hockey. I am certainly enjoying my few days in Florida but I still have the passion. As long as the passion is there, I would prefer to be involved in the game more than I am right now.

So, at long last, London is considering having a major hockey team.

Mike Keenan: It would be interesting. There are a lot of hockey-knowledgeable people that live in London and there is some hockey being played there. Probably, the League would be wise to expand to London. It is a great, vibrant city and it would add more credibility to the League. 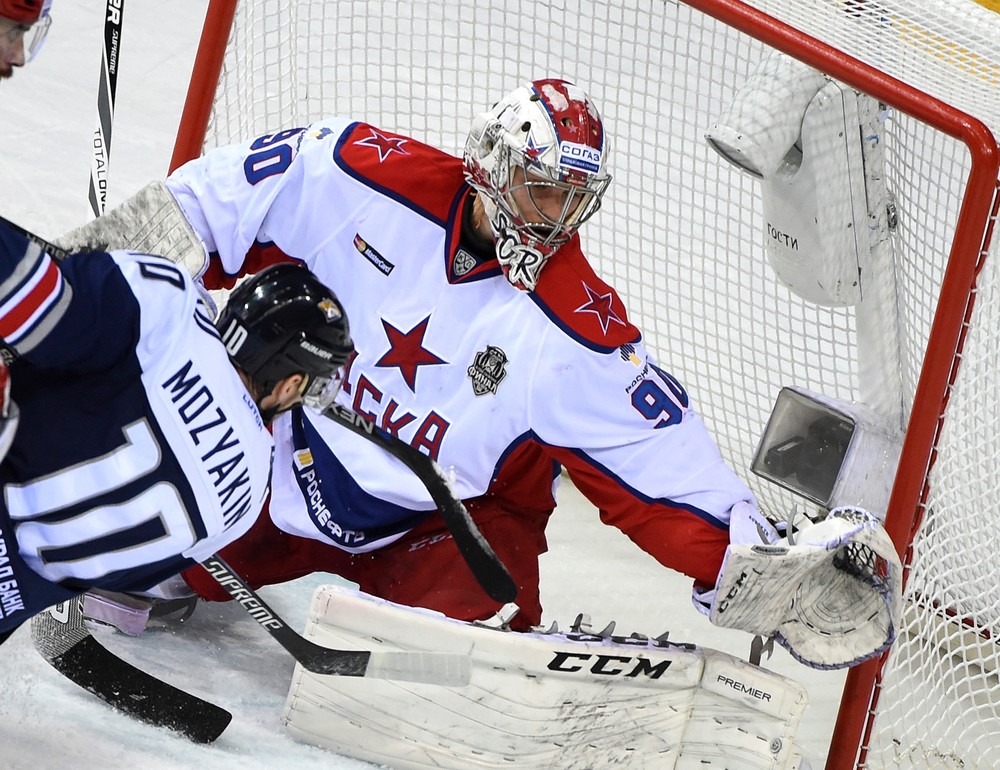 How much have you changed over your long career? You once said in an interview that your principles have stayed the same but your methodology has changed. How does the Gagarin Cup-winning Mike Keenan, for example, differ from the Stanley Cup winner of two decades earlier?

Mike Keenan: Well, it’s true, and I think it’s very explainable. I liken it, or compare it, to a professor, I was a teacher for many years before I started coaching professionally, and when you are young, you have knowledge and you try to apply it. You work with a certain methodology. When you become a little bit more wise and experienced, you understand that a former methodology could be just as effective, if not more effective. That is important to understand. I also believe that the adaptation to the decades that you work in is pretty important as well.  The people you are working with change, and society changes, so I think you have to make those adaptations yourself. I would say I just have so much more wisdom and knowledge, yet I still have the same feel for the game, the same principles, but I approach the game in a different fashion.

“In the KHL, coaches were given even more recognition and respect than in the NHL”

Have you been following the current KHL season?

Mike Keenan: Yes, I have. I watch the results on the Internet and I constantly stay in touch with Mike Pelino. He was my assistant and he’s still there, so we communicate often. I do follow the League, primarily the standings, and I read the articles about the players…

One of the season’s surprises was Valery Belov’s Vityaz, who qualified for the play-offs on a very limited budget. Is there enough recognition of coaches who achieve this? Some believe they are overlooked.

Mike Keenan: My experience of the KHL was that the coaches were given a fair, a good amount of recognition and respect, even more so than in the NHL. And that’s the other thing about the game of hockey – it is not necessarily the most expensive team that succeeds. It is the team that can come together as a team, as a unit, and follow the leadership and the direction of the coach, and work together to make the sum of the team greater than the individual parts. Most often, but not always, the more expensive teams have better players, but sometimes you can overcome that and Vityaz is a great example.

A different kind of surprise was Salavat Yulaev. Struggling to reach the playoffs, Igor Zakharkin under pressure, and only last night the team snapped a nine-game losing streak.

Mike Keenan: Many teams go through slumps, and slump-busting is a skill that you have to have as a coach. There is a lot of pressure involved. definitely. You have to be able to break those freefalls, when the cycle of your team goes downward, and that is part of your skill set as a coach. That is part of your responsibility, and sometimes things will stabilize for you, and you get the results, win some games and get in the playoffs.

“Russia was the experience of a lifetime”

A word on club owners, who can sometimes behave strangely. There are schools for hockey players and training courses for coaches. You have worked as a teacher -  should there be a school or academy for the club owners?

Mike Keenan: (laughs) That is something that is never going to happen. They all have their own idiosyncrasies, but they are still the owners. As for a manager, I would give this advice: your job as a manager is to manage up and not only to manage down. You sometimes have to manage the up part.

Finally, do you miss Russia?

Mike Keenan: Yes, I really enjoyed living in Russia, and I enjoyed the experience and the culture. It was a lifetime experience for me and I still enjoy going back.