Team Russia made a great start to the international season by winning the Karjala Cup in Helsinki. Victories over Finland (5-1), Sweden (3-2) and the Czech Republic (3-0) saw Oleg Znarok’s men power into top spot in the opening stage of the Euro Hockey Tour.

But more importantly, this was a triumph built on players who represent the future of Russian hockey. Znarok resisted the temptation to stack his roster with the Kovalchuks and Datsyuks, whose international qualities are well known. Instead he thrust the spotlight on the next generation of players, challenging several contenders for the Red Machine to prove their worth in the international arena. Goaltending.

Russia’s prospects between the piping have not looked this bright for a long time. Igor Shestyorkin made his full international debut at last in this competition, sharing duties with Ilya Sorokin, and both youngsters produced impressive displays. Russia gave up just three goals in three games on its way to winning the cup and both goalies drew plaudits from team-mates and opponents alike. Staffan Kronwall, the Swedish defenseman who plies his trade for Lokomotiv Yaroslavl, described Sorokin as a “phenomenon” and also talked up Shestyorkin’s debut performance. “Shestyorkin was terrific against us today and both these young goalies have made a real impression on me,” he told championat.com after Saturday’s game between Russia and Sweden. “In Russia they are doing some great work with their juniors, and guys like Sorokin and Shestyorkin have already matured into players for the men’s national team.” 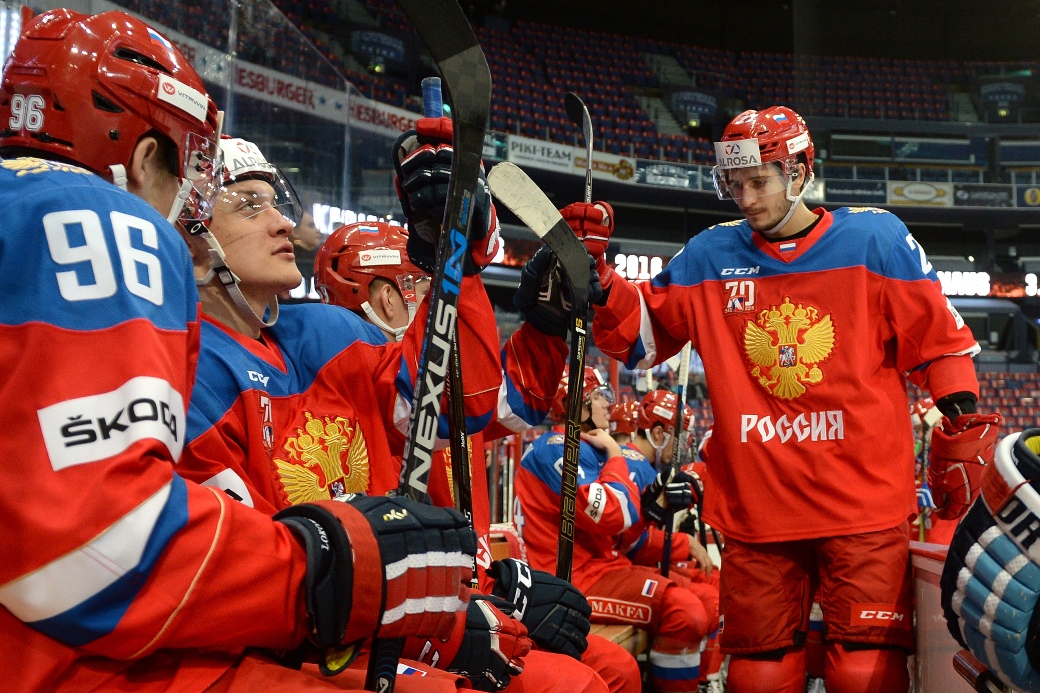 So often Russia’s problems in tournament play have come on the blue line, which has been prone to making crucial errors in tight games as the team fell short of expectations. This time a new-look defense produced some strong performances, guided by first-time captain Andrei Mironov of Dynamo Moscow. But he insisted that he was at the head of a team full of leaders. “I captained teams before and I understand that I need to play the way I have been playing,” he said. “It’s a big responsibility and I’m grateful for the faith that the coaching staff has in me. Everyone in this team is like a captain, we’re a united team with a single goal. When something needs to be said, everyone can have his say.”

Gagarin Cup winner Alexei Bereglazov brought his encouraging form from Magnitogorsk as he added to his four previous international appearances and claimed his first goal for Russia. CSKA’s Bogdan Kiselevich looked impressive against Finland before succumbing to illness and missing the other two games. 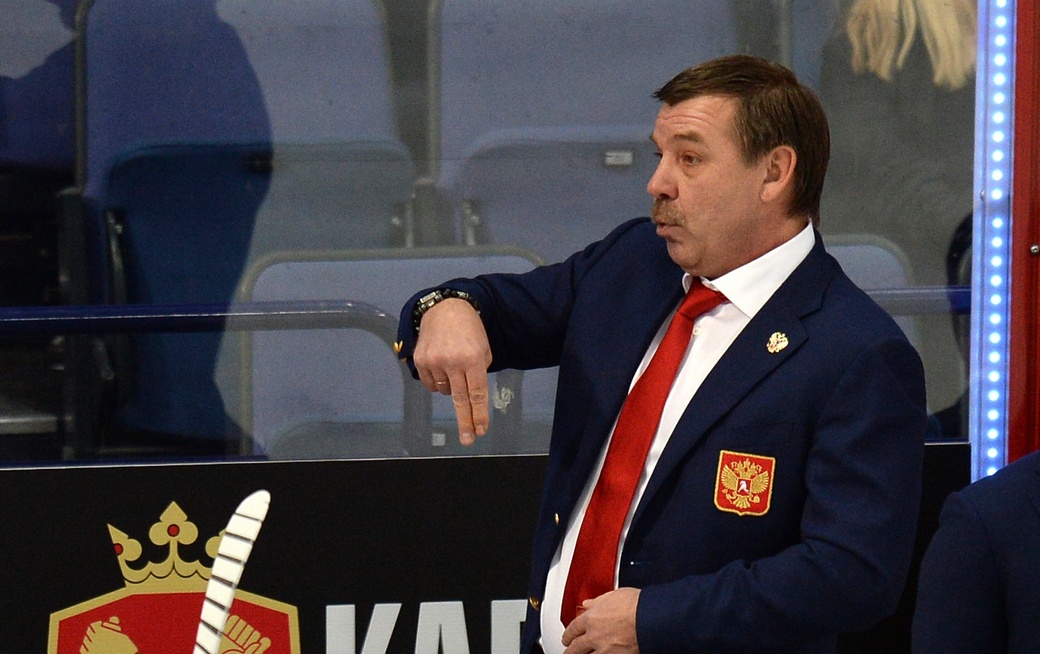 Valery Nichushkin was the star man, picking up 1+3=4 points and orchestrating the crucial victory over Finland. Despite his young age, though, Nichushkin was arguably the most experienced player on the roster after he featured in Zinetula Bilyaletdinov’s Olympic roster in Sochi two years ago. With Znarok deliberately looking beyond the familiar, reliable performers such as Vadim Shipachyov and Evgeny Dadonov, there was room for others to shine.

Anatoly Golyshev, the star man at Avtomobilist this season, was one of those who seized that opportunity. He scored twice in the 5-1 thrashing of Finland – his first international goals – and his link-up with Nichushkin was a potent threat throughout the competition. “I hadn’t played on the same line as Valery before, not since we were at school,” he said after the Finland game. “But we did what the coaches asked of us and the guys from CSKA helped me understand how to play.”

Ak Bars’ Vladimir Tkachyov was another youngster who revelled in the spotlight, claiming 2+1=3 points to open his account for the national team. Like Golyshev, he had a couple of appearances in last season’s Eurotour but enjoyed greater responsibility as he picked up a point in each game here. And, after a successful tournament, he is looking to the future – and the inevitable confrontations with the young stars of North America in major tournaments to come: “We’re all humans, we’re all flesh and blood, but it’s true that they played some great hockey [in the World Cup],” Tkachyov told championat.com. “We’re determined not to yield anything to them. At the Karjala Cup we went through the full program and maybe we’ve gained some confidence from playing the way we did. It’s a different kind of hockey, faster than we’re used to.”