For a big club, it’s been a long time since Avangard was seriously contesting the top prizes. Regular contenders for hardware in the Russian Superleague era, when it won gold, two silvers and a bronze in seven seasons, the Omsk team has fared no better than its runner-up spot in 2012 since the foundation of the KHL. But this season, once again, the club’s backers are demanding success.

Viktor Nazarov, governor of Omsk Region and in charge of one of the key contributions to Avangard’s budget, expects a strong campaign. “We always set ourselves ambitious targets,” he told TASS. “So it goes without saying that this team should go deep into the playoffs and compete for the Gagarin Cup. Right now the players are still getting to know each other; soon it’s time for them to play.”

Nazarov reckons the club has shuffled about one third of its roster, creating two new lines in the process. The most significant changes seem to be coming in defense with the arrival of Evgeny Medvedev after a year in Philadelphia and the return of Swedish international Erik Gustafsson after a season in Switzerland. The 27-year-old blue-liner had 22 points in 56 games for Avangard in 2014-15. He also played 100 NHL games for the Flyers and helped Sweden to World Championship gold on home ice in 2013. Medvedev, for so long a lynchpin of Ak Bars’ defense, took the chance to test himself in the NHL last season, making 45 appearances (13 points) for Philadelphia. His honors list includes two Gagarin Cup wins (2009, 2010) and two World Championship golds (2012, 2014) as well as a call-up to Russia’s 2014 Olympic squad. 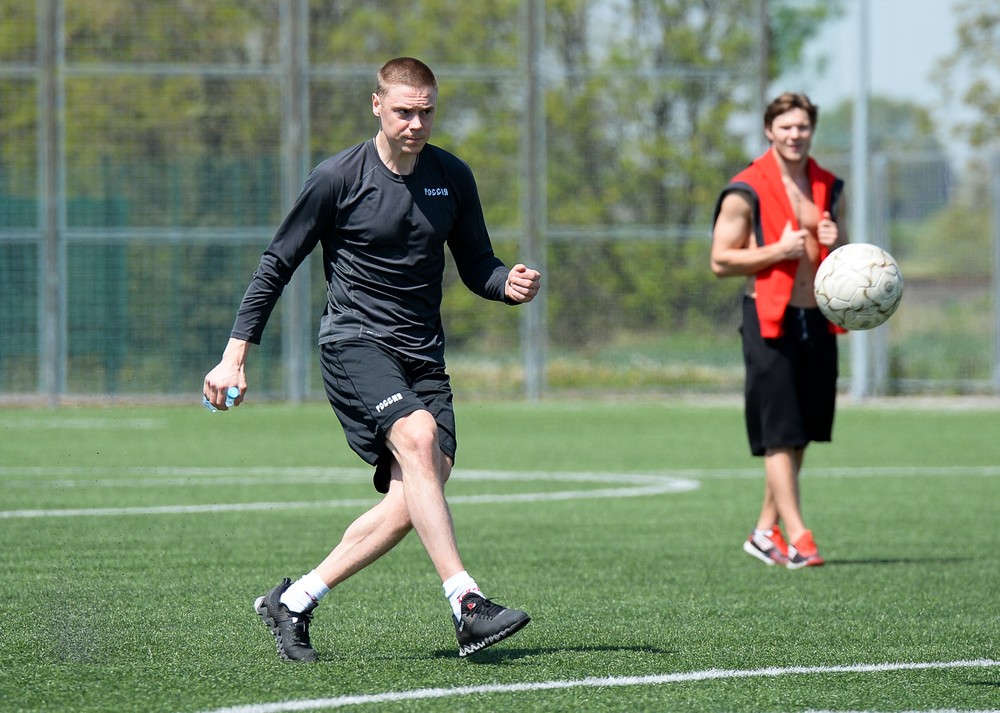 Those two arrivals offset the loss of Czech international Michal Kempny, who leaves for Chicago, and experienced club captain Denis Kulyash. The latter moves to Salavat Yulaev, ending a three-season stint with the club where, back in the late 90s, he took his first steps in the game.

Kulyash isn’t the only player to leave behind long associations with Avangard. Alexander Popov made his debut for the Hawks way back in the 1998-99 season and stayed for 18 seasons. The forward has 246 points in 376 regular season KHL games for Avangard and was a regular in Russia’s national teams under Zinetula Bilyaletdinov, who selected him for the Sochi Olympics. But now, at the age of 35, he’s moving to CSKA with fellow forward Mikhail Yunkov heading the other way. 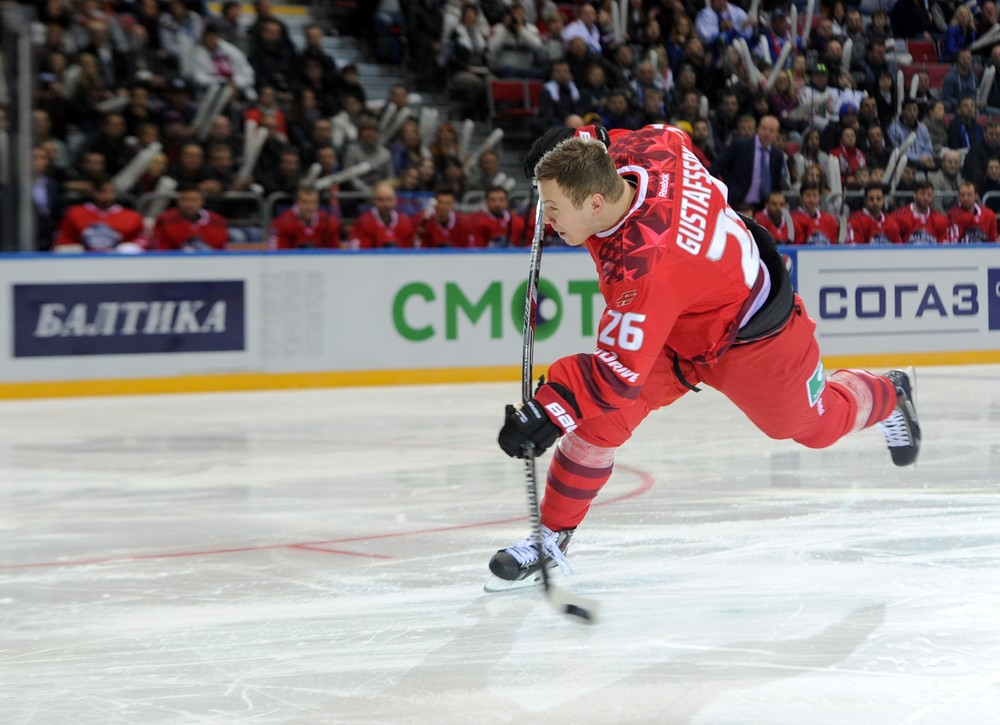 The big-name arrival on offense is Denis Roy, who signed from SC Bern, Switzerland. The 33-year-old Ontario native is best known for his years in Buffalo, where he made the bulk of his 738 NHL appearances for the Sabres. He moved on to Dallas at the start of the 2012-13 campaign, and played for five different teams in the subsequent three seasons before heading to Europe last year and posting 30 points in 36 games as he adapted to the bigger ice.

Amid all the high-level transfer activity, though, Nazarov is also keen to see more players emerge from the club’s youth system. “One task that we’ve always set ourselves is bringing kids through from our hockey schools into the first team,” he added. “That’s the key thing that we have to encourage: calling up youngsters to the team and making that the base to build what we want to achieve.”