After three games and three defeats at a training camp in Finland, Kunlun Red Star moved to Kazakhstan to step up its pre-season preparations. Next week the Chinese team will take part in the President of Kazakhstan’s Cup, Astana’s traditional curtain-raiser. First, though, came a warm-up game against the host team, Barys. 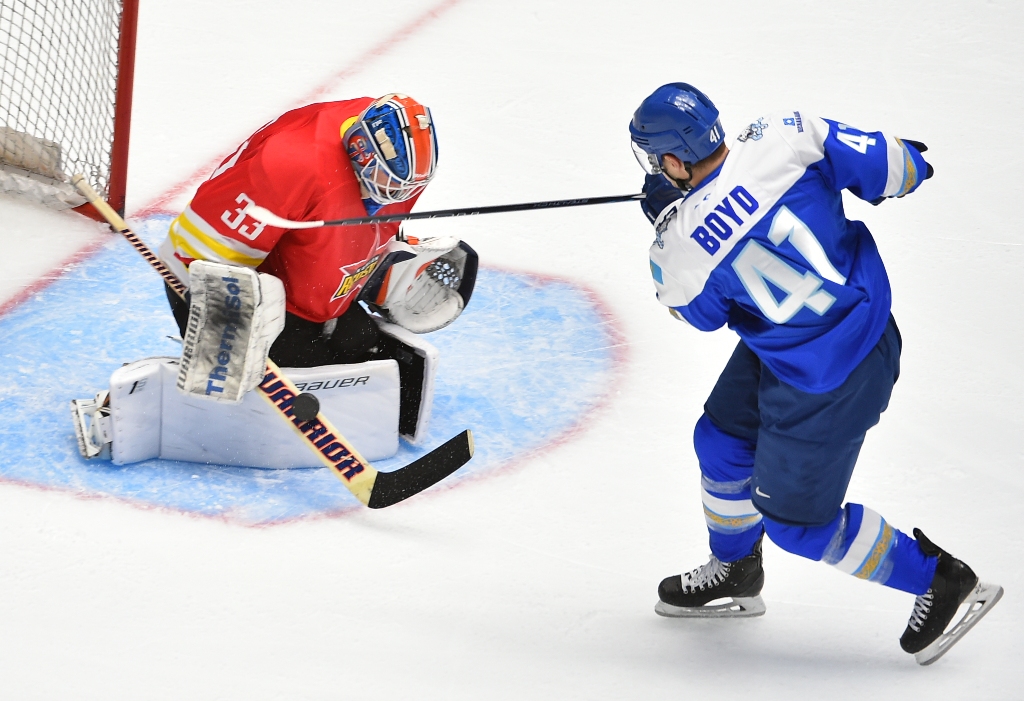 The hockey rivalry between Kazakhstan and China has usually been played out in the Asian Games, with the Kazakhs having much the better of things at international level. And home hopes must have been high going into this first club clash between the oriental nations. Barys, after all, is steeped in KHL experience. By contrast, Kunlun’s first forays onto the ice had brought 0-2 losses against Traktor and Spartak, followed by a 3-5 defeat at the hands of Amur. Those games, played in front of sparse crowds at a training rink in the Finnish provinces, had the feel of practice sessions. In Astana, at the Kazakh capital’s impressive new arena, a larger crowd came along. This one felt like a real game with a real audience. 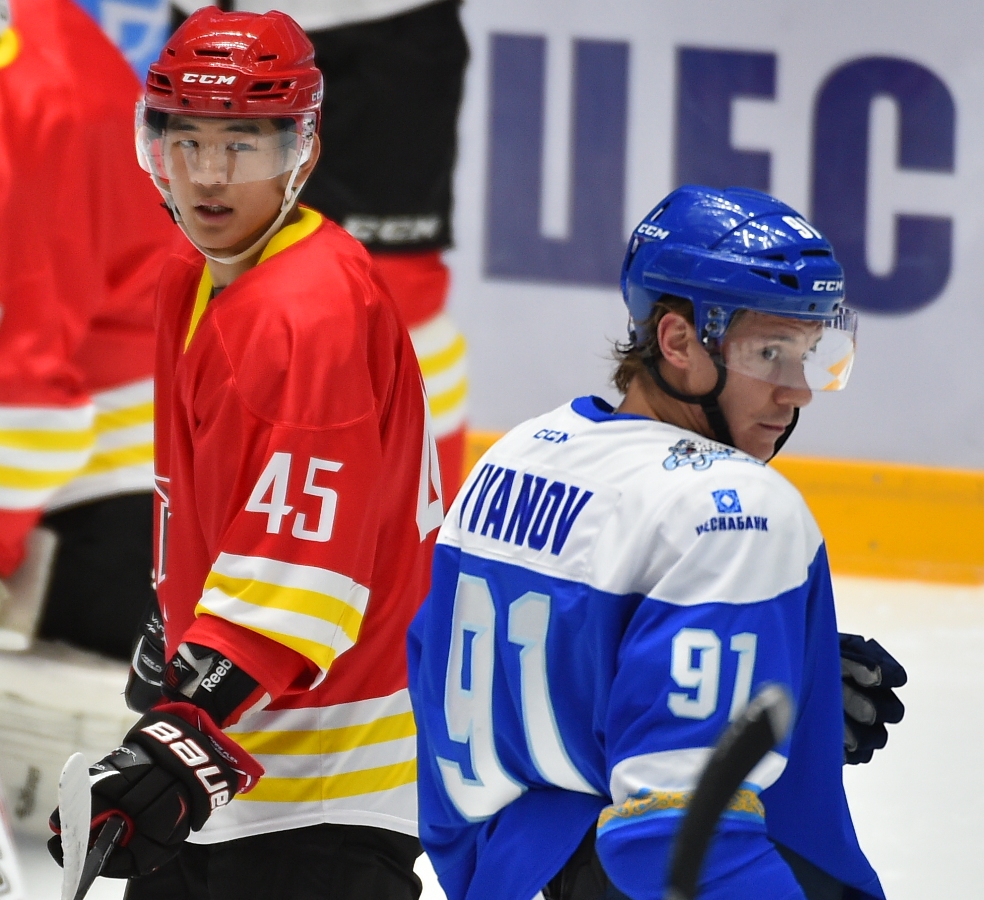 On this bigger stage, Kunlun showed determination. Despite falling behind to Yaroslav Yedokimov’s power play goal in the last minute of the opening stanza, the newcomer tied it up early in the second through Chad Rau. Then, in the 47th minute, Finnish forward Tuukka Mantyla followed up his goal against Amur – Kunlun’s first ever – with the game winner in his new club’s inaugural victory. Rau got his second of the night late on to complete the scoring. 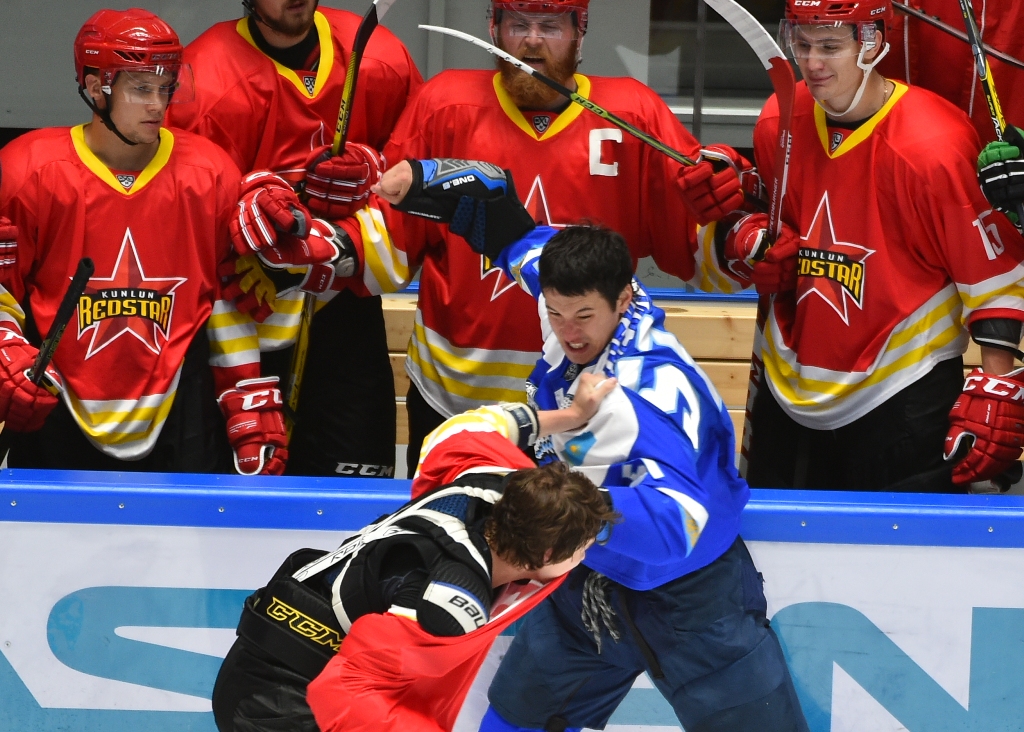 The game may have been a warm-up, but there was certainly no lack of competitive spirit: the teams traded 196 penalty minutes, most of them coming after a brawl in the 54th minute saw three men from each side handed 5+20 penalties for fighting. The teams are due to meet here again on Monday in the President’s Cup – and there already seem to be some scores to settle.