It is still light in Finland at half past seven in the evening, so any metaphors involving stealthy Chinese warriors striking and then silently melting into the twilight will have to wait. The scenes following Kunlun Red Star’s friendly against Spartak were more mundane: while the European and North American players set off from Espoo’s Metro Arena for the airport, with many heading for home, the Chinese members of the roster sat on a half-empty bus for the trip back to base in the small village of Vierumaki.

Now that the team’s first ever preseason training camp has come to an end, the players have been granted three days of rest. Thanks to the manner in which the roster has been put together (and is still being assembled as we speak), this has been a highly unusual preseason for many, particularly the most recent arrivals, Sean Collins and Tobias Viklund. The pair’s preparations so far consist of two says of labor followed by a three-day furlough, which prompts one to wonder whether there is a Chinese phrase for, “Nice work if you can get it.” Joking aside, this is a challenging and far from ideal situation for all involved, although for the seasoned professionals, it is also a good opportunity to demonstrate their experience and eagerness to triumph over adversity. 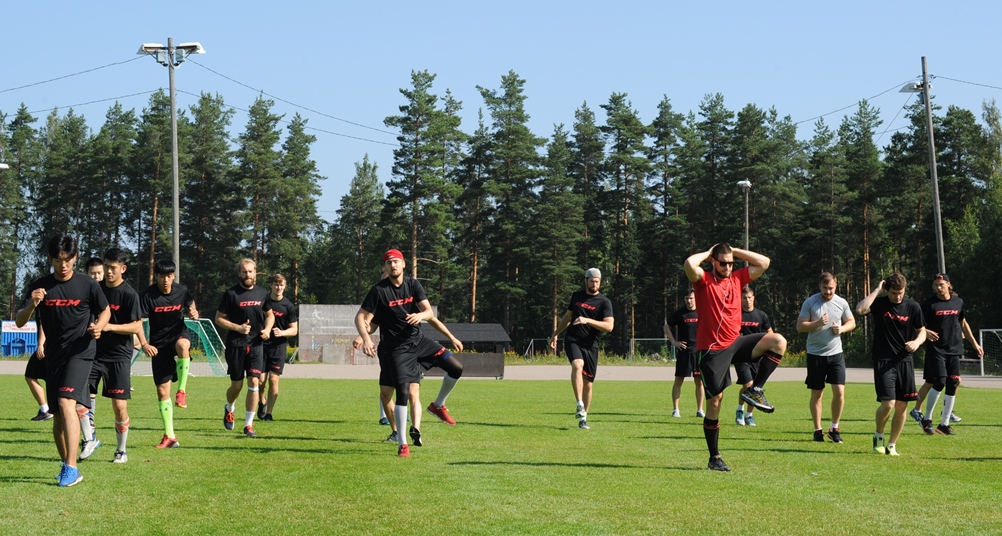 One man in obvious need of a vacation is head coach Vladimir Yurzinov. He is his usual self, of course – affable, cheerful and lively – but in the eyes the fatigue is evident.

“Well, what do you expect?” he smiles. “I’ve been working flat out every day for two months. As soon as I arrived to China at the start of summer I got straight down to business.”

Creating a team from scratch is not easy, to put it mildly, and when the club itself is being assembled at the same time, the problems are not merely doubled – they multiply tenfold. It is not possible to completely immerse oneself in the coaching and creative side, as there is also such tasks as fielding countless questions, sourcing equipment, tackling the logistics, searching for sparring partners for the team, arranging tournaments, visas... Despite all this, the boss is clearly in his element. A lesser man, one not as experienced or versatile, might well feel out of his depth in such a situation, but not Vladimir Vladimirovich Yurzinov, who has absorbed so much in his 51 years on this earth and his decades as a coach.

“Of course I've seen it all over the years, so very little surprises me," he says. “In the current situation I had to draw on all my experience, and as you can see, I take things slowly.” 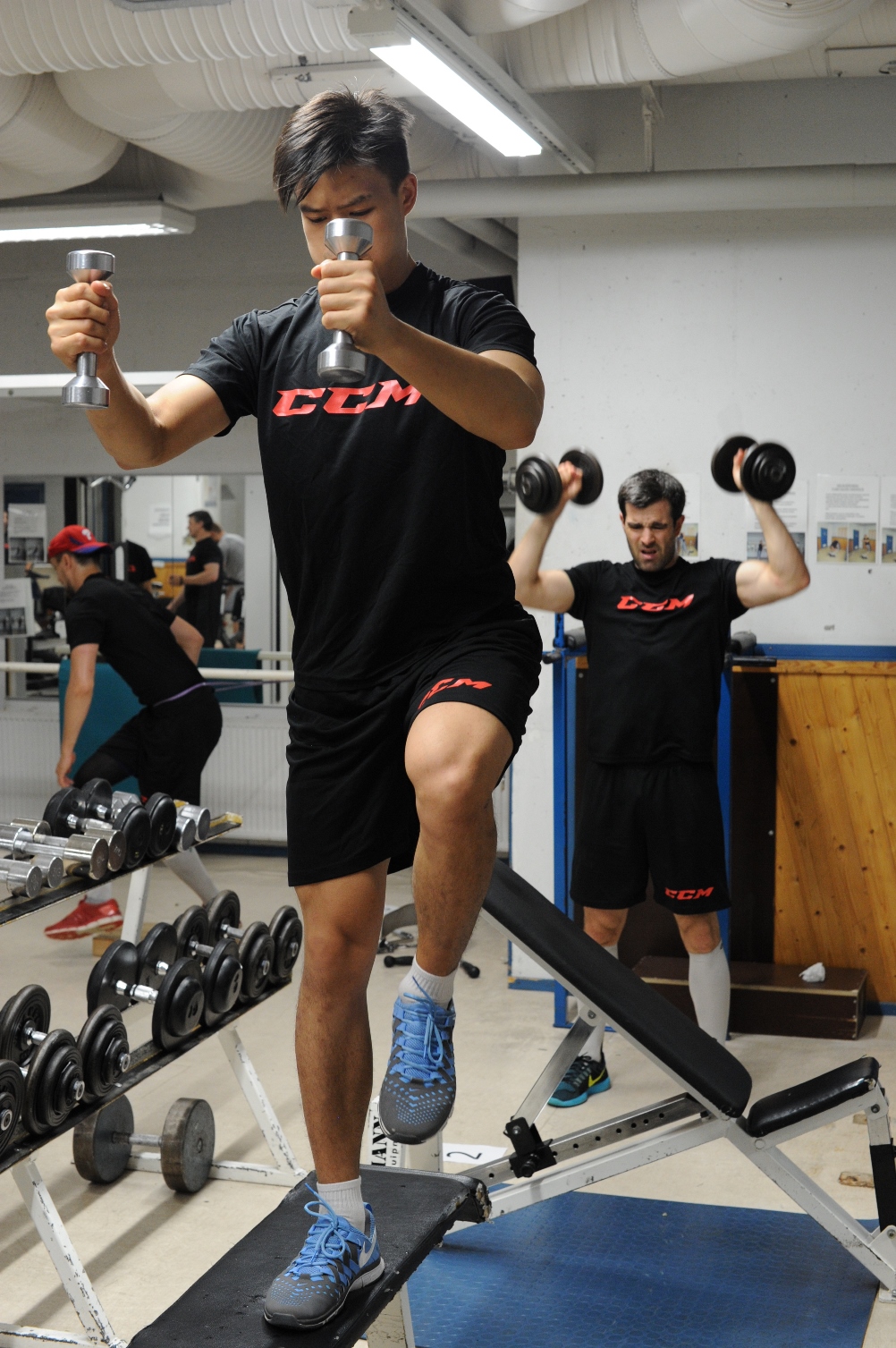 Experience and a mastery of languages are vital tools in the management of such a truly diverse and multi-national team. Over the years he has developed the ability to avoid expending excess nervous energy, to shrug off all the surrounding absurdities, and to respond calmly when rumors arise seemingly out of nowhere. One report claims he is creating pet names for the Chinese players because you cannot pronounce their real ones, while others say he is hovering like a vulture around Kovalchuk, or Radulov...

Yurzinov shrugs it off: “Yes, I’ve long grown used to stuff like that. I’m still struck by the sheer abundance of nonsense that gets written everywhere, but I try not to react. And I think I deal with it well. Admittedly, it still grates when you’re the object of malicious gossip. For instance, everyone in the team is respectful to his colleagues and none of us would ever distort people's names. It is good that the tall tale about the nicknames, which appeared in one publication, did not reach the Chinese, because the players are young and inexperienced so things like that could upset them. What was really absurd was that there was no basis for it. Think about it: Chinese names, such as Yin, Wan, Xia and others are no more difficult than our Sasha or Igor, Janne or Tommi, Martin or Tomas. Sometimes they’re much easier. So why would this story even enter anyone’s head? No coach would dream it up - only some journalist who was daydreaming out of boredom.”

“So many times I’ve had to answer the same old questions about the Chinese guys,” added Yurzinov, with the grin returning. “The reporters are all after something exotic, or some kind of exclusive. Do they eat ants? Do they use chopsticks? They are as adept as we are with a knife and fork, thank you, but so what if they did eat with chopsticks? What the blazes does that have to do with anything?”

Bizarre questions and other irritants simply bounce off Yurzinov. He just does his work, and really believes he will see the fruits of his labors. The Chinese, without a doubt, have much to learn, but they are able, disciplined, businesslike and most important of all, they are motivated. They have a goal – to be a competitive force at the 2022 Winter Olympics in Beijing - and to achieve this they are fully prepared to make the sacrifices. 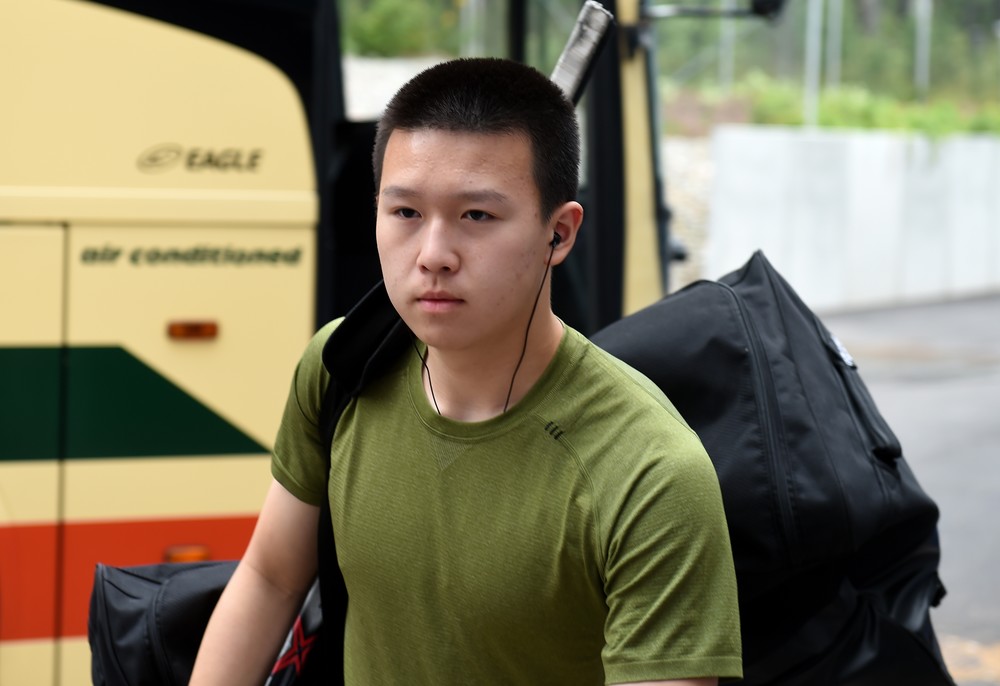 17-year-old Rudi Ying was born in the USA, in Farmington, Connecticut, and made his first hockey steps with the Boston Bruins junior team. As you would expect, he speaks perfect English and in many ways could pass for the all-American boy. However, he is in no doubt about his loyalties:

“I'm Chinese, and my dream is to play for my country. I have had the chance to play for China in three World Junior Championships, and I was even made captain, which makes me very proud. Now I have to get into in the senior team and help it to perform well at the Olympics. This is the main dream in my life.”

There seems no reason to suspect these words are mere teenage bravado. Rudi Ying and his compatriots certainly mean business and intend to scale any peak put before them. The summits of which we speak, of course, are not the giddy heights of medals and titles. It is important to root oneself in reality. But as anyone involved in any sport can confirm, your biggest opponent is yourself, and Yurzinov’s young Chinese lads will strive for success with all their might.

Watching the game against Spartak from the Espoo stands were all the head coach’s family: his parents, his wife, and his daughter, who was fresh from finishing school in Finland (and, as her grandmother proudly announced, was the only foreign student to graduate). His father, Vladimir Yurzinov Sr., was a legendary coach in his day, but he is careful to keep the relationship a fatherly one, fully aware that his son needs little in the way of advice and guidance in the art of coaching. 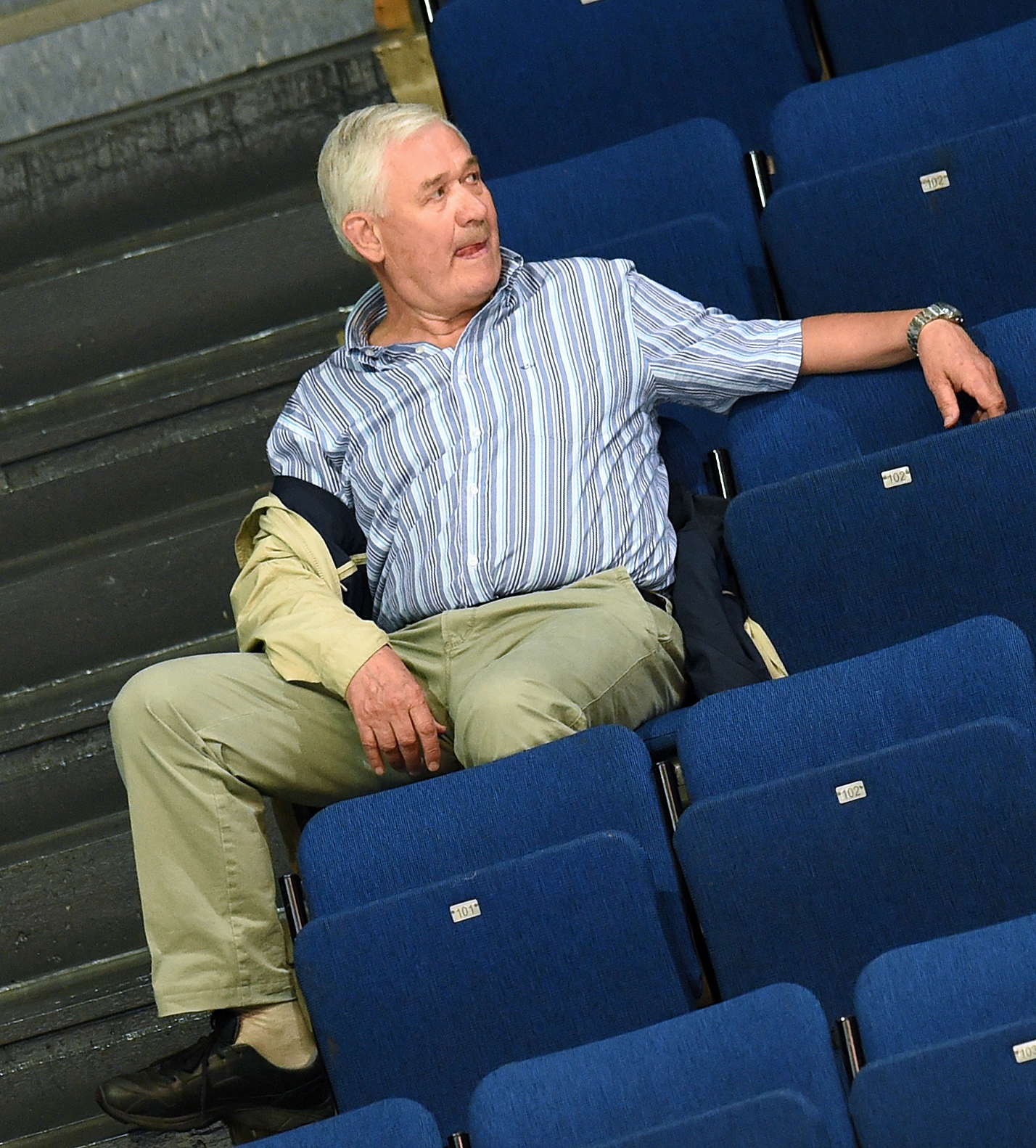 He watched his son’s new team with eager fascination, and when I approached him in the stand at the interval, he spoke with great enthusiasm of the exciting adventure Yurzinov the younger has undertaken.

“This is so wonderful, and there is such potential – so much to achieve! Now in China they have those at the highest level involved in developing the game, and this opportunity must be seized. Interest in the sport is bound to increase across the nation, and new players will appear and they will be eager to learn… And we can teach them!  A lot depends on my son: whether, in the fullness of time, hockey in China can rise to a new level. The Olympics is six years from now. That’s enough time if you begin straight away and take the right approach.”

Despite being deep in his seventies, Yurzinov Sr. has lost none of the passion for the game which made him such an outstanding coach, and one who did much for the development of hockey in many countries. He continued to speak eagerly of the future, expounding possibilities and airing ideas, and these were not the meandering dreams of an idealist, but the thoughts of an expert who knows what can be done and how to do it. After his decades of work in the game, one can find coaches spread across Russia, Finland, Switzerland, Germany, France and elsewhere who proudly proclaim they were once a pupil of Mr. Yurzinov.

His most beloved student, the one who bears his name, is the least likely to be pondering the long-term future of the game in China. He has a team to train, and those three days of rest will pass very quickly. On Monday he will be back at work, and it will be exactly one month until the start of the season, when the Red Star of Beijing will officially become part of the KHL constellation.