To the Ends of the Earth. Osala takes Gagarin home

While many teams are already back together and honing their skills for the forthcoming season, some are still enjoying their summer vacation. One of those collectives in no hurry to head for the airport is Gagarin Cup winner Metallurg Magnitogorsk, and no wonder, since the champions ended their season later than all the others (with the exception, of course, of runner-up CSKA), and furthermore, the victorious players want to take their turn to proudly show off the Gagarin Cup trophy in their various home towns and countries.

The League’s most coveted prize has certailny clocked up the air miles in its epic journey over the last two months, taking in Togliatti and Krasnoyarsk, Angarsk and Moscow, Omsk and Saratov... and last weekend the Cup ventured to Finland. This was not the trophy's first visit to Russia’s northern neighbor, as only last year it accompanied SKA goalie Mikko Koskinen on a trip around the Helsinki metropolitan area, to Espoo, Vantaa and Kirkkonummi. This year the Cup headed northwest into the hinterland before arriving in the west coast city of Vaasa, gateway to the Norra Kvarken – the narrowest stretch of the Gulf of Bothnia. 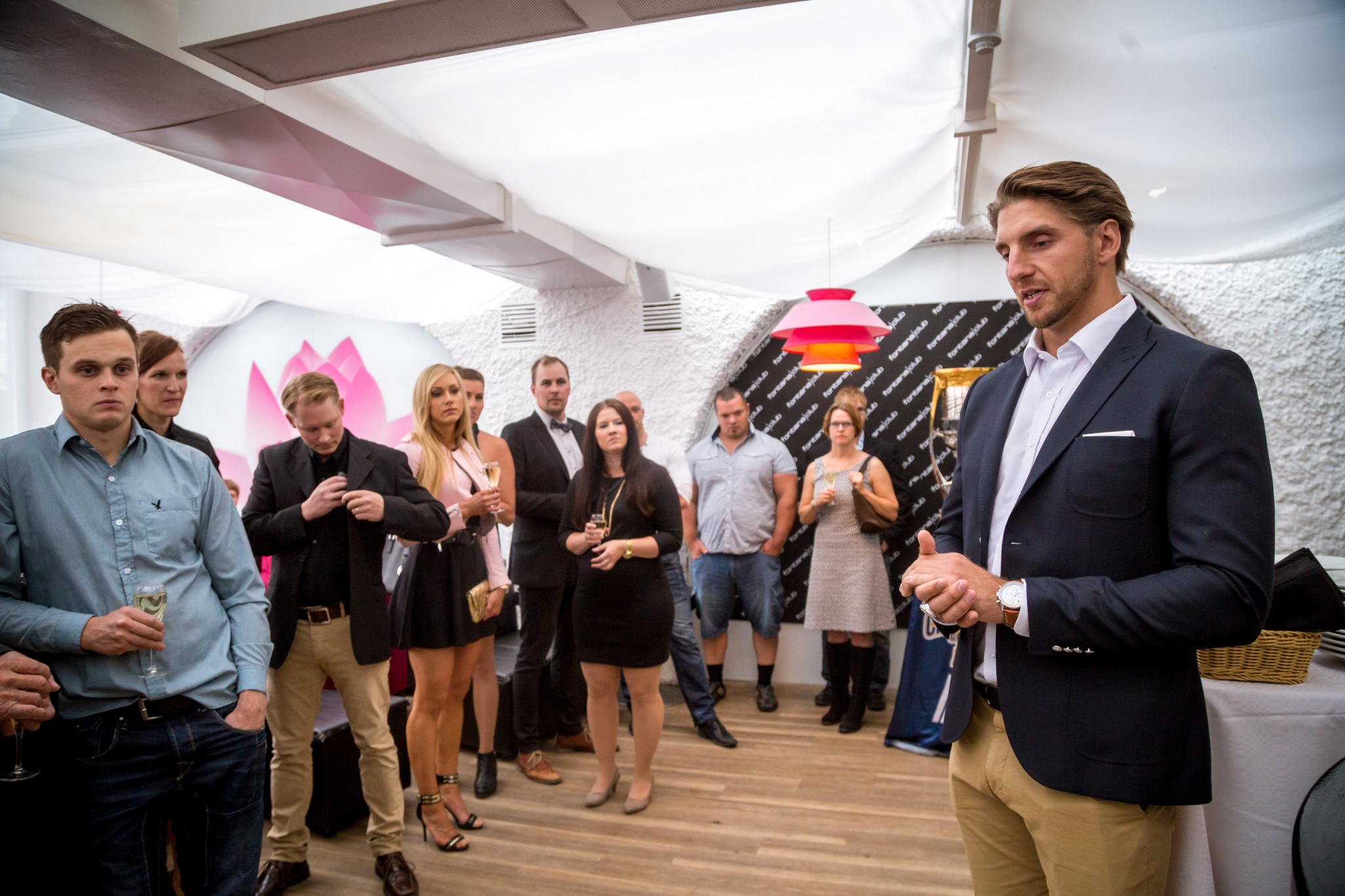 It is likely that the most famous of the 68,000 souls who inhabit this coastal town, a mere 50 miles across the water from Sweden, is Magnitka forward Oscar Osala. At least it certainly seemed so last weekend, when he returned home to celebrate his second Gagarin Cup triumph. 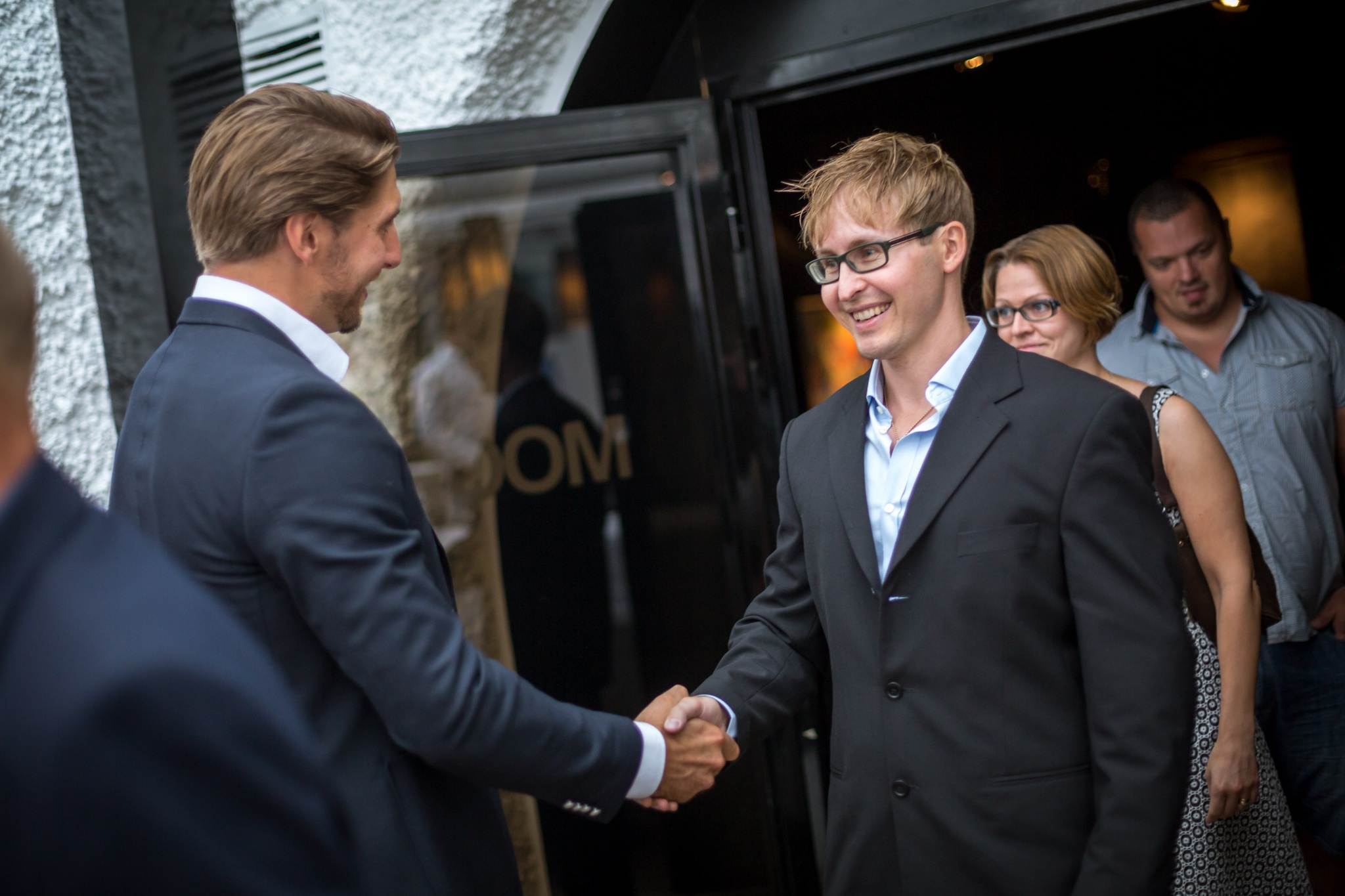 Oscar managed to meet pretty much the entire city, and among those attending the celebrations were many who had played an important role in his life. In the photo above, he is being greeted by Juha Hulmi, PhD in Exercise Physiology, who provided invaluable help in Oscar’s training, particularly in developing his skating. In the background is the formidable figure of renowned powerlifter Fredrik Smulter, a four-time world bench press champion, IPF world record holder and a great friend of Oscar’s. 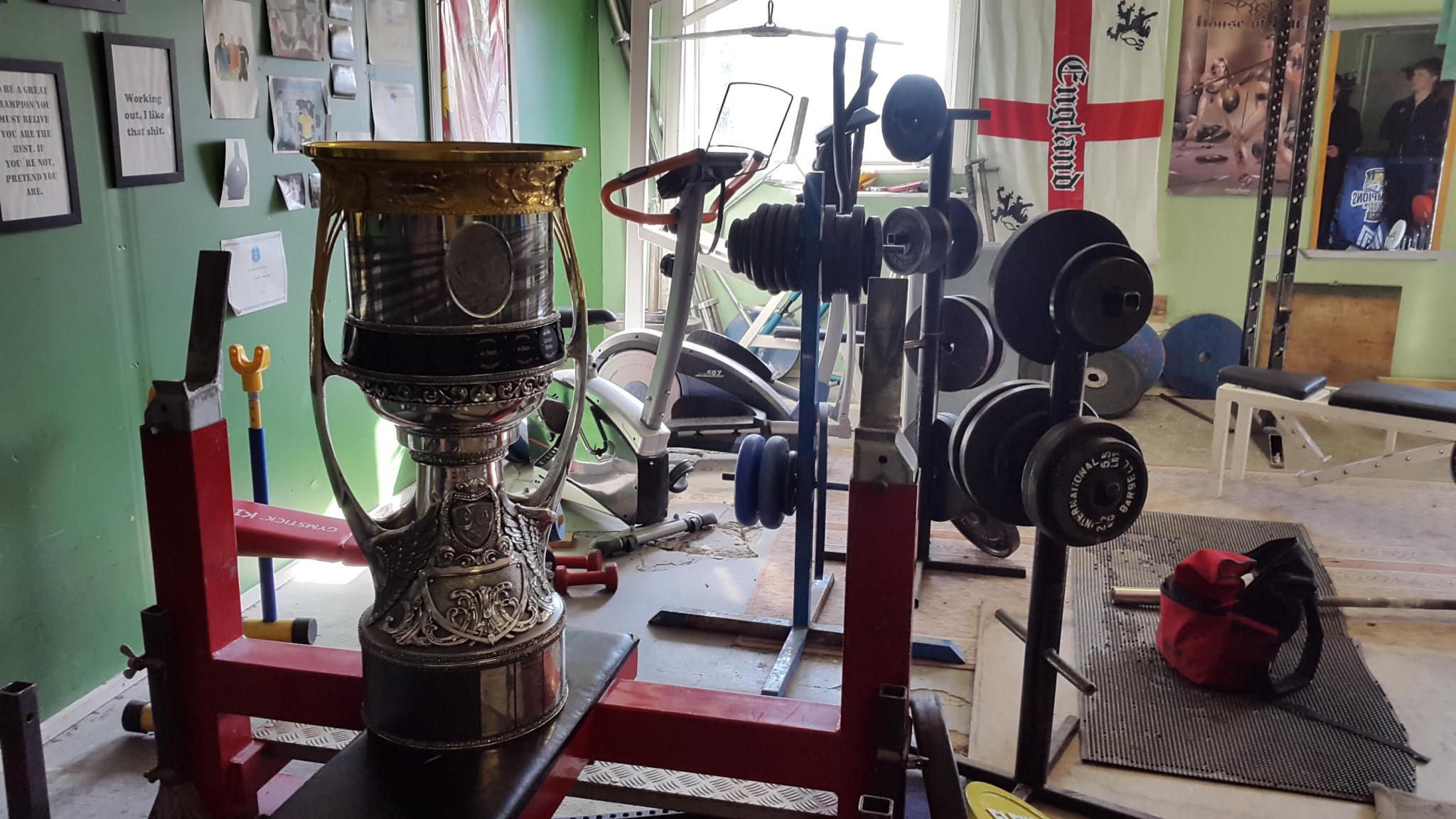 Freddi Smulter has a gym in Vaasa, in which Osala has spent countless hours maintaining his superb level of fitness, and it was here this spring that Oscar – with Freddi’s help – returned, trained and recovered following the broken leg he sustained against Avtomobilist in the first round of the play-offs. As we all know, he was back on the ice in record time and even featured in that classic final series against CSKA – a remarkable achievement given the serous nature of the injury. “Freddi had a huge influence on my career and has always been an inspiration who leads by example,” said Oscar, obviously delighted to return to his friend’s gym with the beautiful trophy in his hands. 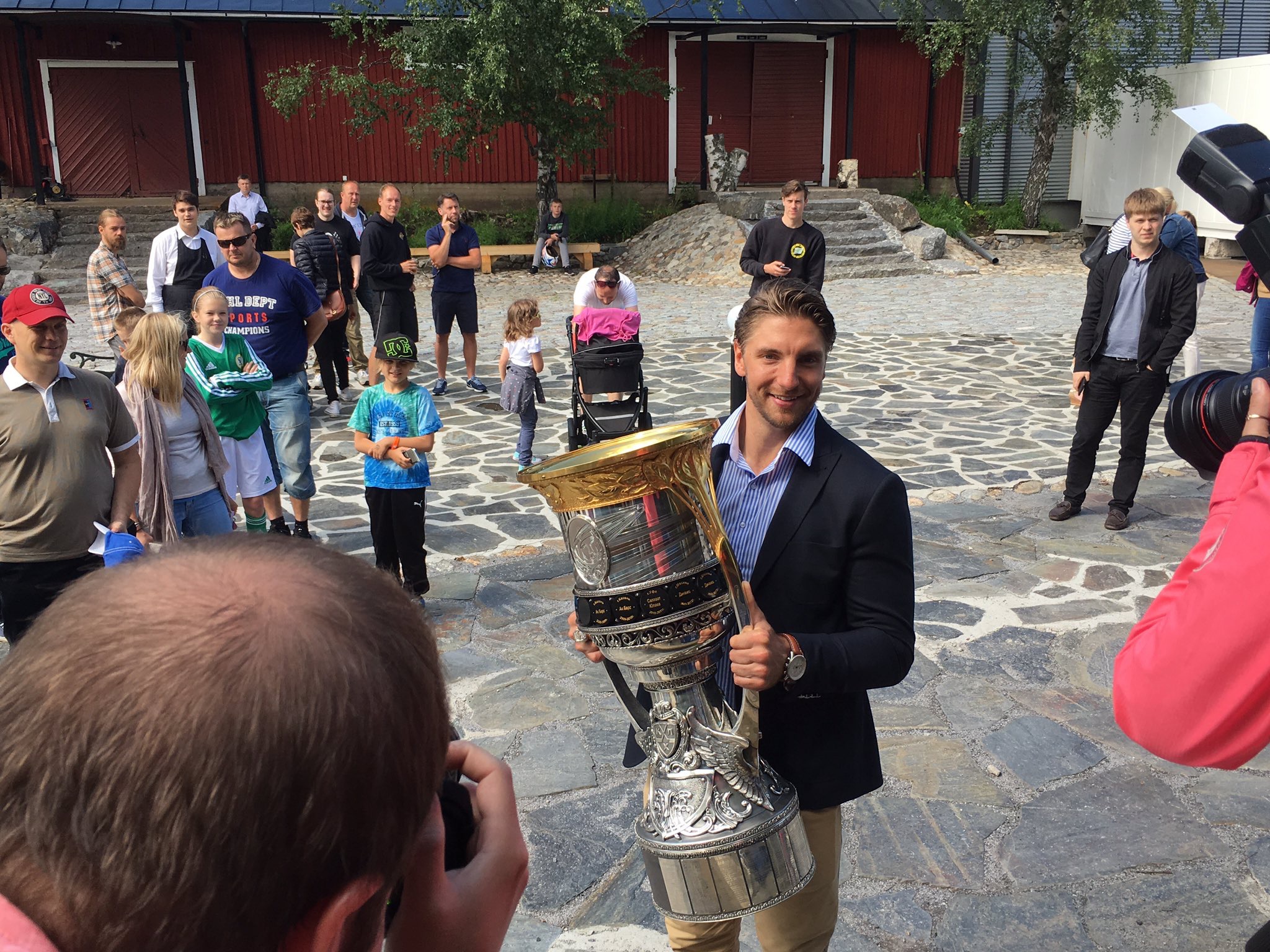 The Gagarin Cup also graced a local brewery with its presence, thanks to Oscar’s having thought of an ingenious way of combining business with pleasure. He had organized a party for charity, to raise funds for the Vaasa children’s hockey academy, and the get-together proved an immense success, attracting several hundred wellwishers who contributed a tidy sum for those youngsters, many of whom no doubt dream of matching Oscar’s success and getting a piece of jewellery like he has these days. 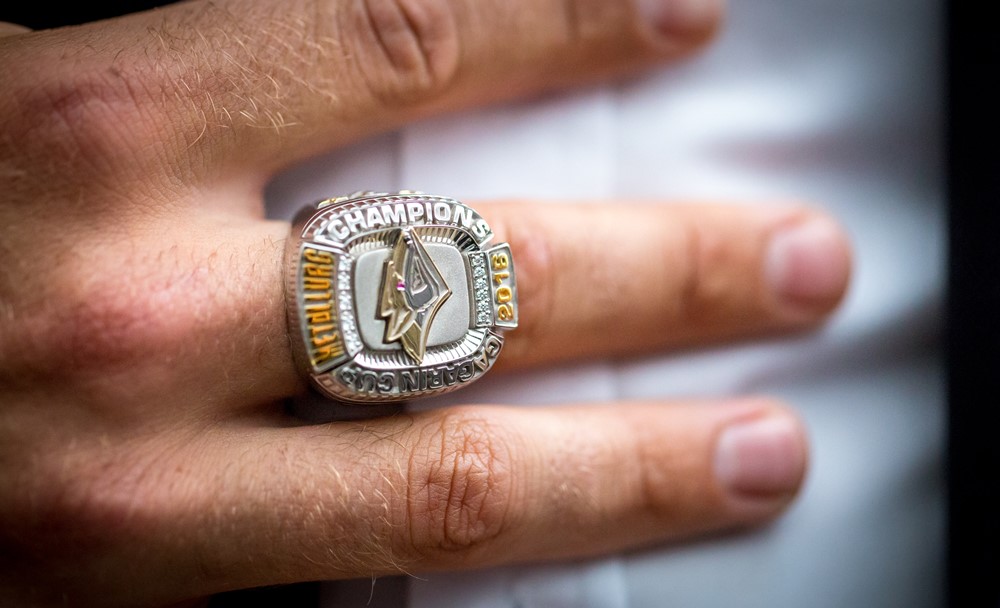 “It has been amazing!” - was Ocala's succinct summary of the Cup’s three-day stay in his home town in Pohjanmaa Province. “The first time I won it, I couldn't make it back with the trophy, so I was determined to bring it home this time and thankfully I succeeded. I am sure this means as much to the people of Vaasa as it does to me. The folk here follow the KHL very keenly, so the chance to actually see the Gagarin Cup has delighted a lot of people. I really enjoyed this occasion, and it would make sense to repeat it. We'll soon start battling for yet another victory!” 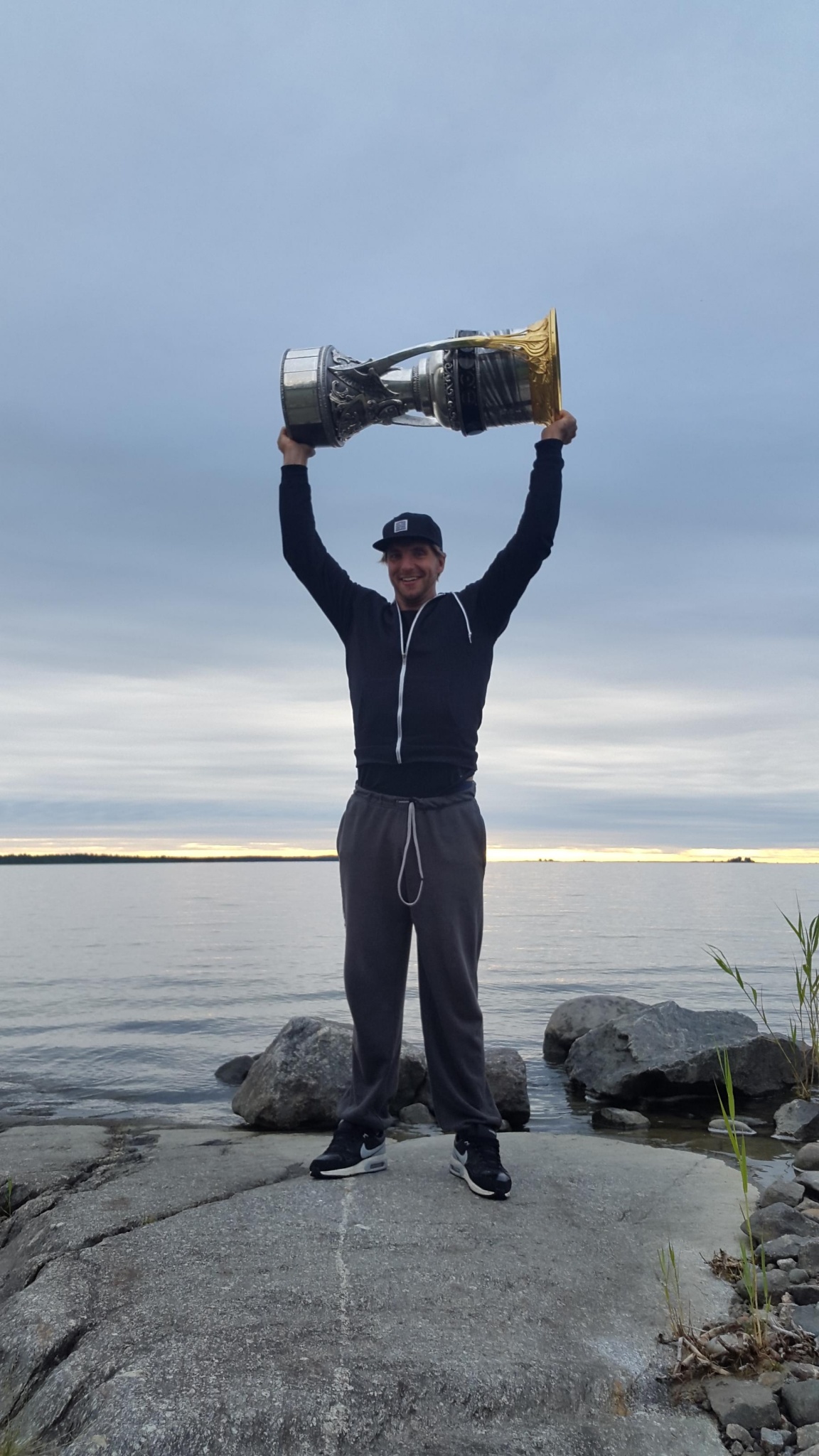