Today in Beijing, as part of an official visit by President of Russia Vladimir Putin to the People's Republic of China, the heads of the Kontinental Hockey League and the Beijing hockey club, Kunlun Red Star, gathered to signed the agreement which paves the way for the Chinese club to participate in the 2016-17 season of the KHL Championship.

The signing took place at an official ceremony attended by the Russian President and his Chinese counterpart, Mr Xi Jinping. Signing the document on behalf of the League was Gennady Timchenko, the Chairman of the KHL Board of Directors, and Ngok Jen Jü, who is Chairman of the Board at Kunlun Red Star.

The presence of both nations' heads of government at the signing ceremony illustrated the high level of official support for the inclusion of the club in the Championship. The project to expand the League to the People's Republic had already received the approval of the Russian and Chinese Ministries of Sport and also the heads of the two nation's Hockey Federations. 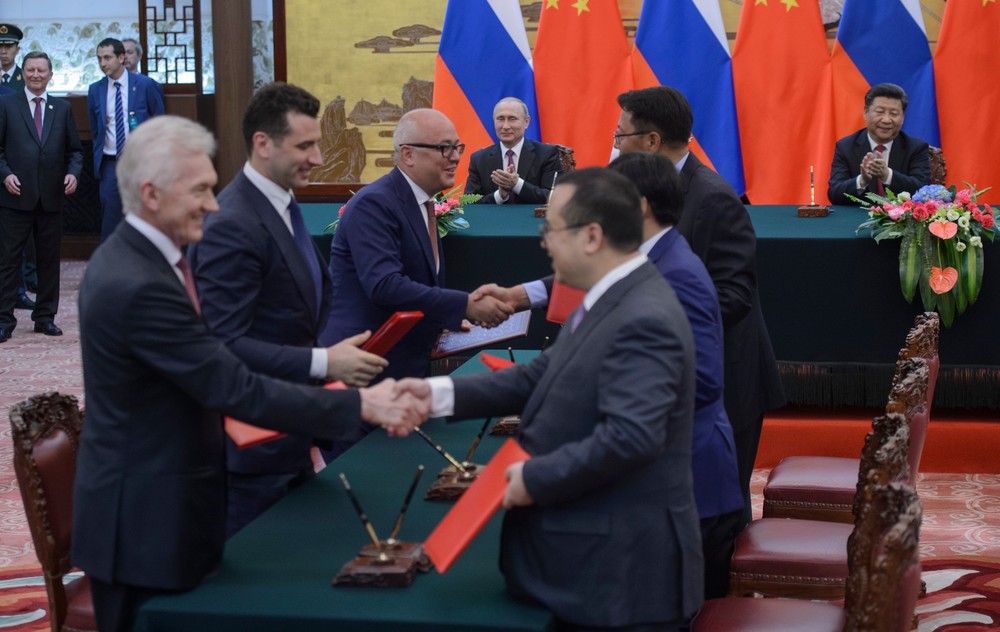 Both the Russian and Chinese Hockey Federations today reaffirmed their commitment to providing the required support to the club regarding its further development, the staging of games, and the creation of a Kunlun Red Star hockey school.

The entry of a Chinese club into the KHL, the strongest hockey league on the vast land mass of Eurasia, marks a significant and positive stepin nurturing cooperation and cultural exchange between China and Russia, and indeed with other nations, as the 2022 Winter Olympic are to be held in Beijing.

Today's agreement means China becomes the eighth country to have a club competing in the Kontinental Hockey League.

The coaching staff of HC Beijing Kunlun Red Star will be led by Vladimir Yurzinov Jr, a man who has earned a formidable reputation throughout the world of hockey, having amassed a wealth of experience with teams in the KHL as well as in various leagues in several other countries.

The KHL's newest club will now embark on its first mission - to assemble the roster - and in addition to Chinese players, Red Star is already planning to attract highly experienced professionals from Russia, Finland and the Czech Republic.