On Thursday, 24st of May, the KHL staged the 2015-16 season Closing Ceremony, a glittering gala evening dedicated to celebrating the VIII Kontinental Hockey League Championship and rewarding many of the heroes whose excellence, skill, and hard work contributed to making the season such a success.

Prizes were up for grabs in no fewer than 23 categories, and Gagarin Cup finalists Metallurg Magnitogorsk and CSKA Moscow featured heavily among the winners. 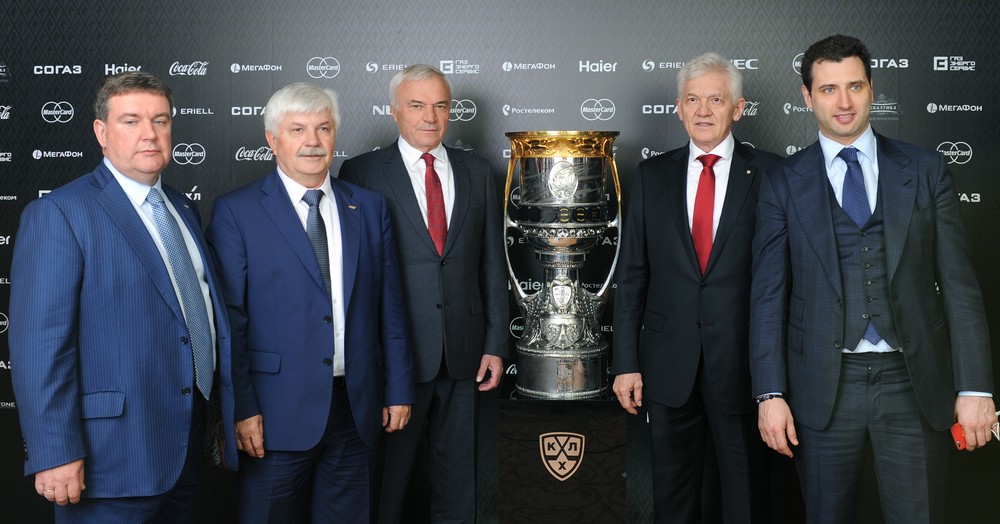 The Kontinental Cup, for the team which finished first in the overall regular championship standings, was won for the second successive year by CSKA Moscow. The Army Men also took home the trophy for winning the Western Conference.

Gagarin Cup champion Metallurg Magnitogorsk must somehow find extra space in the display cabinets, having captured the trophy for winning the Eastern Conference as well as the Vsevolod Bobrov award, which goes to the highest scoring team in the championship. The men of Magnitka hit the back of the opposition net on 244 occasions.

Magnitogorsk captain Sergei Mozyakin finished yet another impressive season with four individual prizes. He won the Top Scorer award for the regular championship, thanks to his haul of 67 points (32+35), and as his goal tally was unsurpassed, he takes the Top Sniper award. Sergei had already received the Play-offs’ MVP award, presented to him after the seventh and deciding game of the final series, and he captured the Golden Stick trophy, which goes to the man voted the most valuable player in the regular championship. 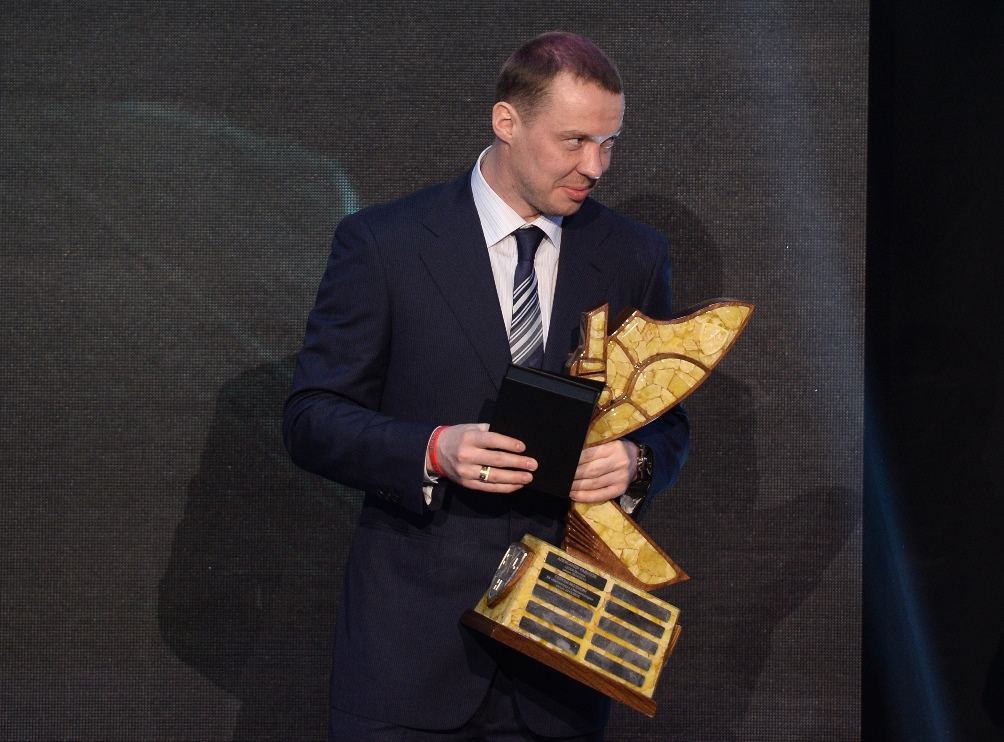 Finally, Sergei earned one of the Gentleman on Ice awards, given to one defenseman and one attacker to reward players who combine sporting excellence with impeccable behavior.

The other winner in this category was Lokomotiv Yaroslavl D-man Staffan Kronwall. 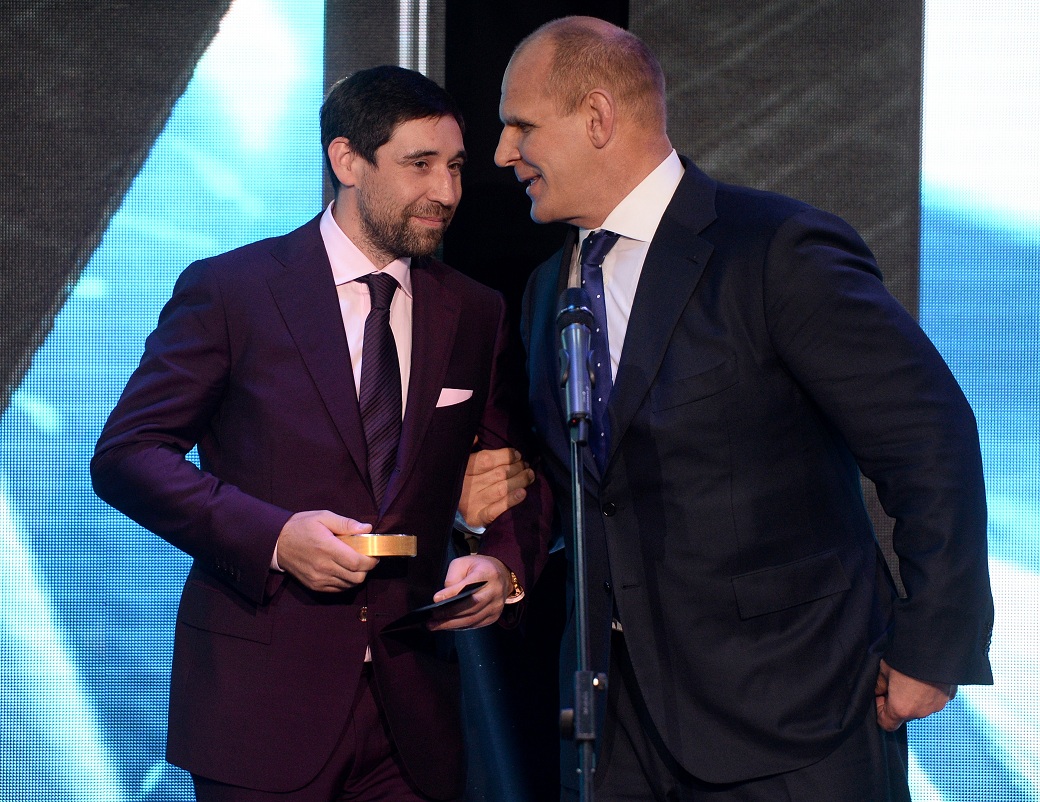 The Iron Man award, for playing in the most championship games over the last three seasons, went to Mozyakin’s Magnitka line-mate, Danis Zaripov, with 227 appearances. 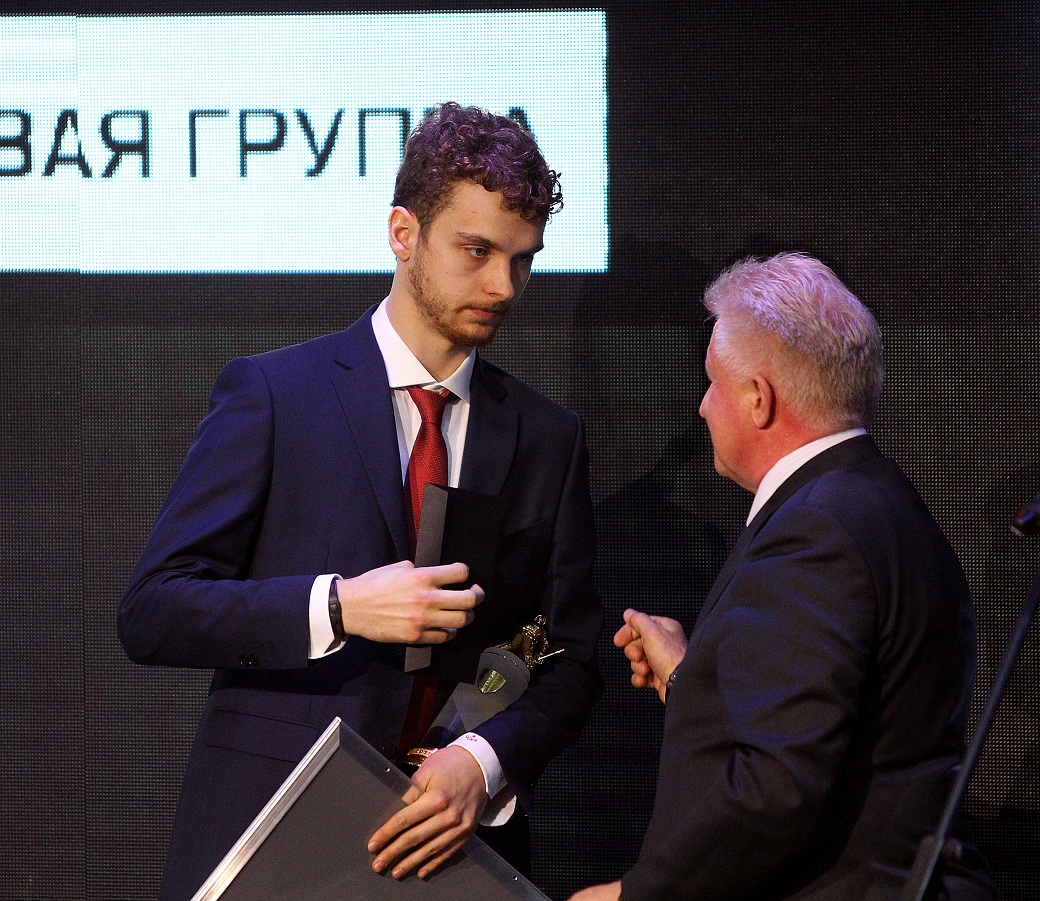 The award for the Best Goaltender of the season went to Ilya Sorokin of CSKA.

The award for the Highest Scoring Defenseman of the season went to Slovan Bratislava’s Cam Barker, with 40 points (9+31).

The award for the Best Plus-Minus for the regular championship went to Dynamo Moscow defenseman Mat Robinson, who recorded a +31.

Another Blue-And-Whites player honored at the ceremony was Konstantin Gorovikov. The long-serving Dynamo forward received the trophy For Dedication to Hockey which goes to the best hockey veteran in recognition of his valuable contribution to his team’s success.

The Sekunda (Split Second) Prize, for scoring the earliest and latest goals in a KHL game, was won by Ugra’s Igor Bortnikov, whose goal against Lada in January was timed at 11 seconds, and CSKA’s Geoff Platt, who broke SKA Saint Petersburg’s resistance in Game 3 of the Western Conference finals when he scored with 111 minutes and 12 seconds on the clock. 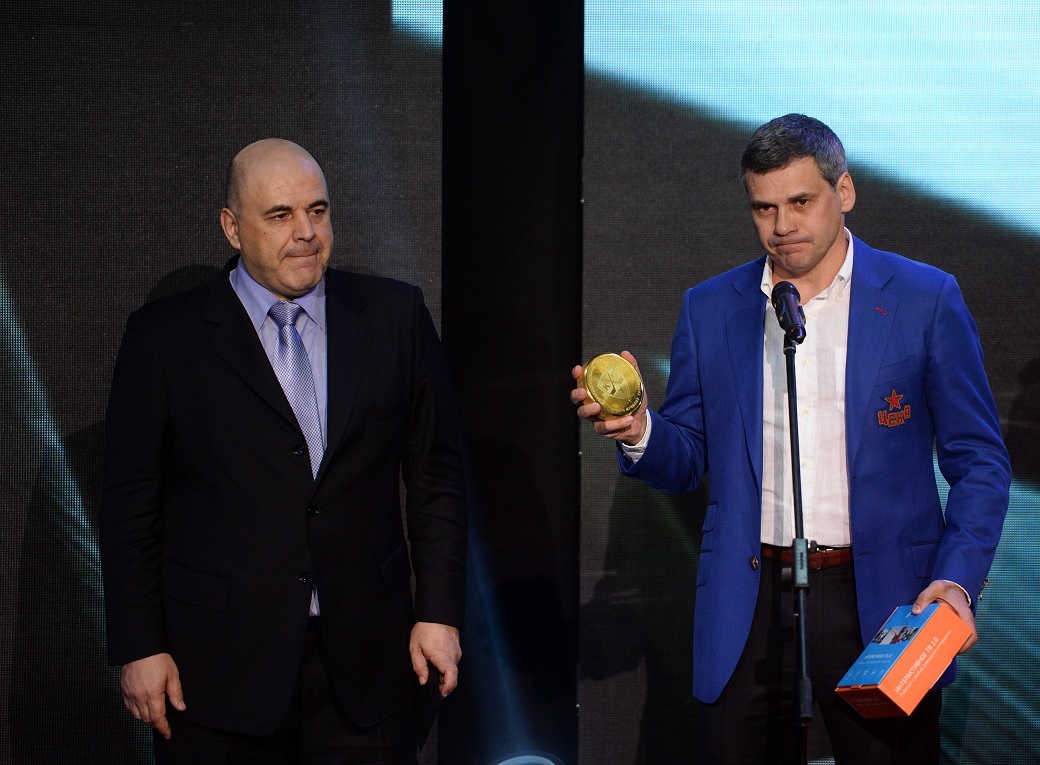 CSKA boss Dmitry Kvartalnov won the prize for the Best Coach of the season.

The Alexei Cherepanov award for the best rookie of the season went to Torpedo’s 21-year-old defenseman, Artyom Alyayev.

The Andrei Starovoitov award, the “Golden Whistle”, presented to the best referee of the season, was won by Eduard Odins for a record fourth time.

Magnitogorsk vice-president Gennady Velichkin, for an unprecedented seventh time, was handed the Valentin Sych award, given to the hockey club chief who has shown the best leadership qualities during the season.

The Vladimir Piskunov award, for the best administrator at a KHL club, was won by Yury Eryomin of Avtomobilist.