Jokerit got defeated by Amur in an early game

Jokerit starts its East Conference trip with an early game in Khabarovsk!

Canada won the World Championship for the second year running, edging a tense final with a 2-0 verdict over Finland.

A first-period strike from Connor McDavid, who underlined his star quality with a slick move to beat SKA St. Petersburg goalie Mikko Koskinen, proved the difference in a hard-fought game. Matt Duchene’s last-second empty net goal wrapped up the win for the Canadians and ended Finland’s hopes of becoming the first team ever to win the worlds at u18, u20 and senior level.

Russia’s conqueror in the semi-final adopted similar tactics: defend stoutly, frustrate the opposition and look to hit on the counter attack and draw penalties. But, in contrast to the game 24 hours earlier, Finland met an opponent that could play it at the same game. There were few opportunities on the power play and little chance to get a good look at Cam Talbot’s net. The Canadian goalie was called upon for just 16 saves. 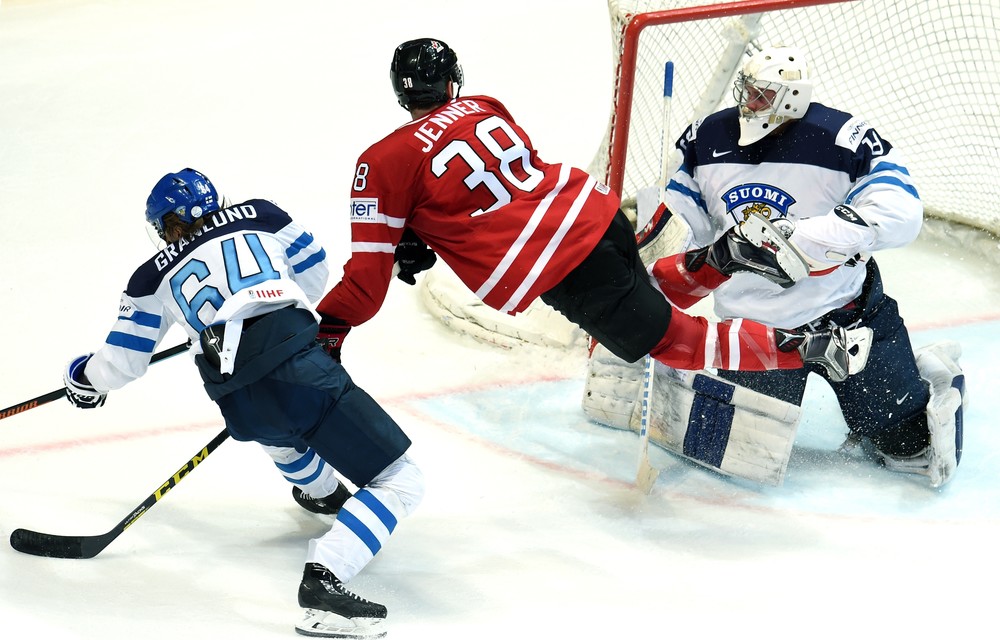 Antti Pihlstrom, who also suffered cup final anguish with CSKA Moscow in April’s Gagarin Cup final series, admitted that Canada had too much on the night.

“They forechecked hard and we couldn't get the puck to the other end. They played really strong on defense,” he said. “In the preliminary round we got a couple of goals and they started trying too hard on offense and we got away from them. Tonight we couldn't get that first goal and they got on the attack all the time.”

And those two silver medals? “It's really tough. Losing in the 7th game of the KHL finals and now losing here, I don't know what to say.” 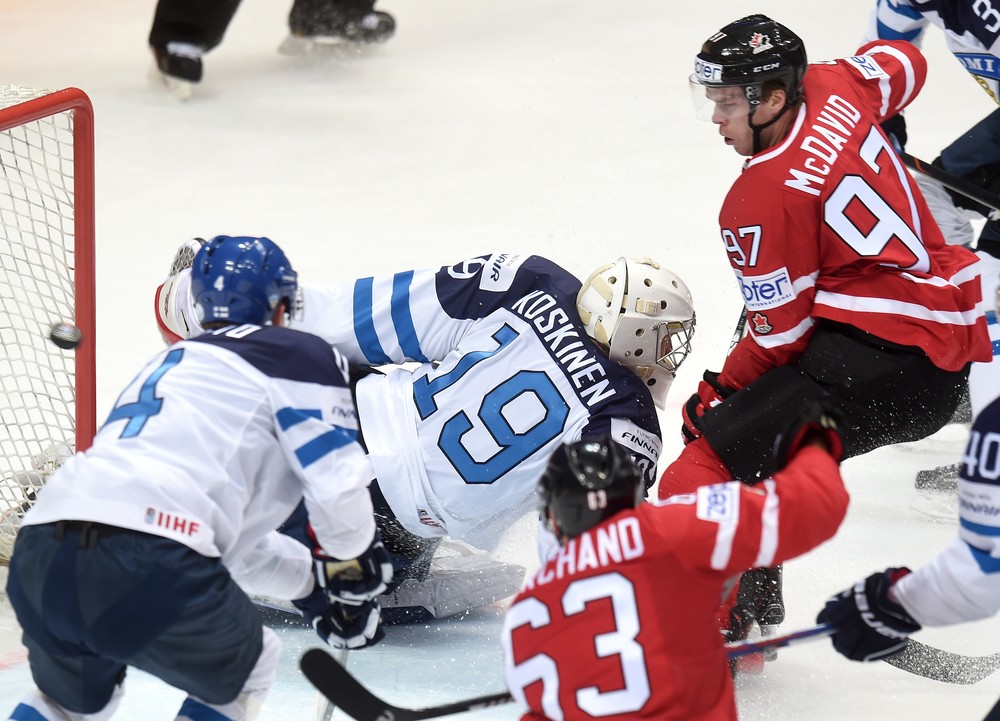 Finland, with a strong KHL axis running through its roster, had to settle for silver under guidance of former Lev Prague and Torpedo Nizhny Novgorod head coach Kari Jalonen. But there was individual success for 18-year-old prodigy Patrik Laine. The Tappara Tampere prospect was named as MVP for the tournament and selected as the best forward in the competition by the championship directorate after his seven goals made him the joint best goalscorer alongside Sweden’s Gustav Nyquist. Koskinen won the top goalie award, while Canada’s Michael Matheson was named best D-man.

Two Russian players, CSKA Moscow’s Nikita Zaitsev and SKA’s Vadim Shipachyov were named in the media select line-up. Shipachyov was the tournament’s leading point scorer with 6+12=18 and he and his linemates Artemy Panarin and Evgeny Dadonov combined for 18 goals and 46 points.

Canada’s captain, Corey Perry, became the 27th man to join the Triple Gold Club after adding World Championship gold to Olympic glory in 2010 and 2014 and a 2007 Stanley Cup triumph. 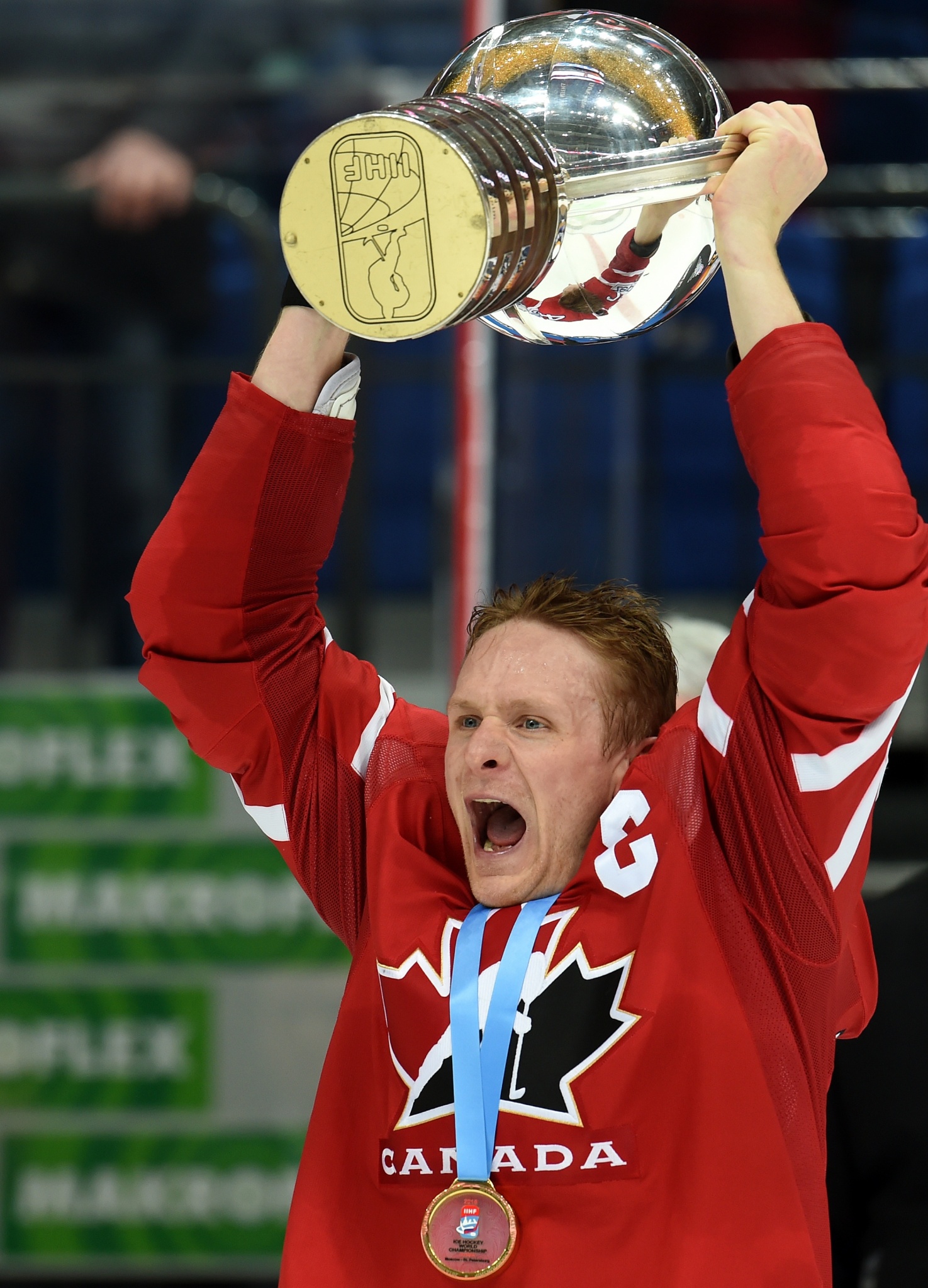