As coach of Lev Prague, Finland's Kari Jalonen became the first - and so far only - man to take a non-Russian team to the KHL's Gagarin Cup final. And now, behind the bench for his country, the 56-year-old from Oulu has denied Russia's national team a shot at gold in a home World Championship.

Finland broke home hearts with a 3-1 victory at the VTB Ice Palace, delivering a knock-out blow to Russia for the third successive tournament on home ice. The country's Nordic neighbor claimed a semi-final win over the host nation when the IIHF World Championship was staged in Moscow in 2007 and then shattered the country's Olympic dreams in Sochi, winning 3-1 in a quarter-final match-up.

This time it was Sebastian Aho, an 18-year-old World Championship rookie from Karpat Oulu, who ended that golden dream with two goals in Finland's triumph.

And yet the day began so differently. Roared on by a capacity crowd Russia got the early lead through Roman Shirokov. The SKA St. Petersburg man nipped in front of Finland's Antti Pihlstrom to convert Ivan Telegin's feed at the second attempt.

With less than three minutes played, it was exactly what Russia needed. The Finns, renowned for their ability to choke games and spike the offensive arsenal of its opponents, now had to generate an attacking threat of their own.

For the first period, that was more or less beyond Kari Jalonen's team. Russia was comfortably on top, limiting Finland to just four shots on goal with the kind of commanding performance few had dared to hope for ahead of this semi-final clash.

However, as Roman Lyubimov observed after the game, Russia failed to capitalize on that start and in the intermission Jalonen found the way to get Finland back into the game. “We couldn't score when we were on top and then we gave up those goals,” he said. “The Finns didn't really do anything special, but it was enough. They started to play more active hockey and we struggled, we got pushed out of center ice. We worked hard but it just didn't come off for us.” 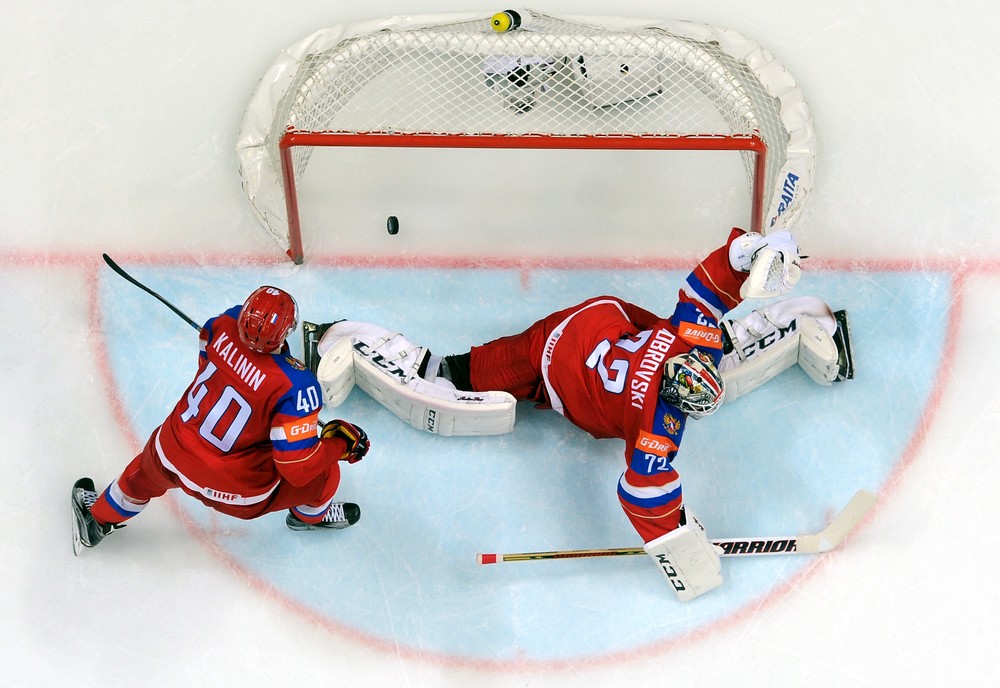 Finland tied it up early in the second, moments after Alexander Ovechkin was denied by Mikko Koskinen in a one-on-one break. Mikael Granlund's feed came to Aho at the top of the circle and a one-timer sizzled past Sergei Bobrovsky.

That changed the flow of the game. Finland, despite having to kill two minor penalties, managed to slow the Russian offense to a crawl and built a platform from which to launch its own attacks on the home net.

Much of the pre-game talk focused on Patrik Laine, Finland's teenage prodigy, and the Tappara Tampere talent delivered a killer pass for the go-ahead goal. Down on the goal line, he threaded the needle to slip the puck between three Russian defensemen for Jussi Jokinen to find the top shelf from a tight angle.

And Russia's hopes were fatally hit moments later when Ovechkin took a two-minute interference penalty and Aho converted the power play chance to make it 3-1 at the second intermission. 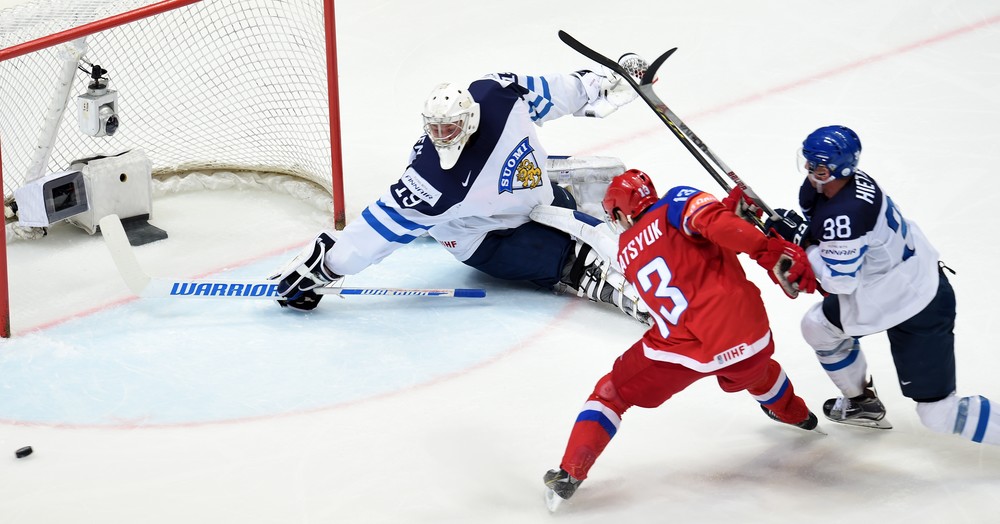 Evgeny Kuznetsov lamented the failure of Russia's power play. “We had chances but we couldn't take them and of course that hurts,” he said. “The key was that they scored on the power play and we didn't. As players, we have to take responsibility for that. We lost this one but now we have to pick ourselves up and fight for a bronze medal for our fans.”

Chasing the game in the third, Russia urgently needed its power play to finally start delivering. There were opportunities: Pavel Datsyuk fanned a shot from a good position, before Koskinen reacted smartly to deny Ovechkin and Lyubimov in quick succession.

But the much-vaunted axis of Vadim Shipachyov and Evgeny Dadonov seldom threatened to add to its mighty points tally in the competition and when Alexei Marchenko took a needless interference penalty in the 53rd minute the game was drifting out of Russia's reach, despite Oleg Znarok's agitated presence behind the bench.

The home team killed the penalty successfully but could do little to prevent Finland from running down the clock and booking its place in the gold medal game for the second time in three years. For Russia, just as in 2007, the campaign in Moscow will conclude in a bid for bronze against the loser of the USA - Canada semi-final.