Russia digs deep to down Germany

It was set to be a procession into the semi-final - but Germany hadn’t read the script. Russia had to dig deep to overturn a first-period deficit before progressing to a semi-final showdown with Finland on Saturday with a 4-1 scoreline.

Although Marco Sturm's team upset the odds on its way to third place in Group B, few in the VTB Ice Palace seriously imagined it would lay a glove on a Russian side that had swept imperiously through it four previous games with a combined goal difference 22-4.

So when Patrick Reimer struck on 4:35 to give Germany the lead, the fervent atmosphere in Moscow was suddenly silenced, replaced by the sound of 12,000 sharp intakes of breath. Yet Russia had been warned. Sergei Bobrovsky pulled off two terrific saves in quick succession - a good one to deny Moritz Muller and a fantastic one to top Patrick Hager - but the Red Machine could not force the puck clear and Reimer was presented with a gilt-edged chance to send his team into dreamland.

Russia rallied. It could do little else. Thomas Greiss, the New York Islanders goalie airlifted in to bolster Germany's defense, pulled off save after save. German bodies flew into every challenge. When Russia slipped those shackles, Ivan Telegin strayed offside before he could carve out a one-on-one chance against Greiss.

Captain Pavel Datsyuk lamented that early on there was too much tension in Russia's game. “We started with everyone trying to score a goal and we got caught on the counter,” he said. “It wasn't until the second period that we calmed down and played with real discipline.”

That discipline brought instant results. Forty seconds into the second period Russia tied the game. Evgeny Dadonov saw his shot saved by an outstretched pad but retrieved the rebound to feed Vadim Shipachyov out in front and he found the empty net. 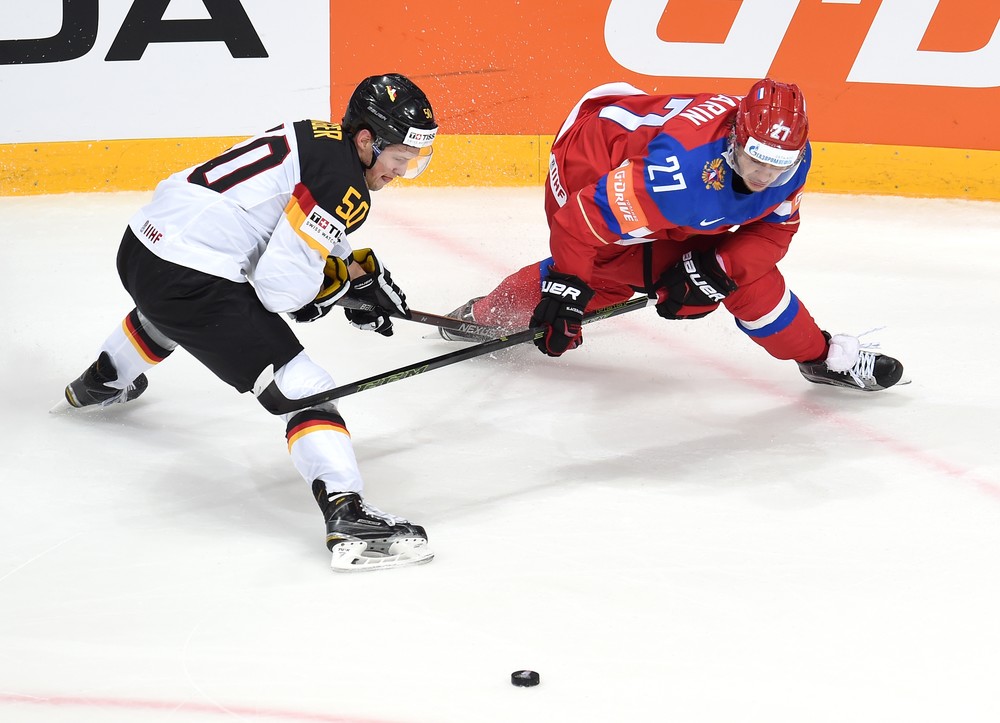 And the same line combined to put Russia in front midway through the second period with Dadonov squeezing a close-range shot through a crowd of legs and sticks off a Shipachyov pass from the bottom of the circle.

By now it was turning into Russia vs Greiss. The German goalie pulled off two more fine stops to frustrate Russia’s power play and deny Alexander Ovechkin his first goal of the championship, but had no answer when Shipachyov - emerging as the key player for Oleg Znarok in this competition - worked a break-out with Telegin to make it 3-1 and end any lingering doubts about the outcome in the 35th minute.

Some commentators described Telegin’s assist, a delicate return pass that deceived Greiss on his crease, as the finest of his career, but the CSKA man was more understated. “It's nice if people say things like that,” he said. “But the main thing is that I got the pass off and Vadim scored the goal.” 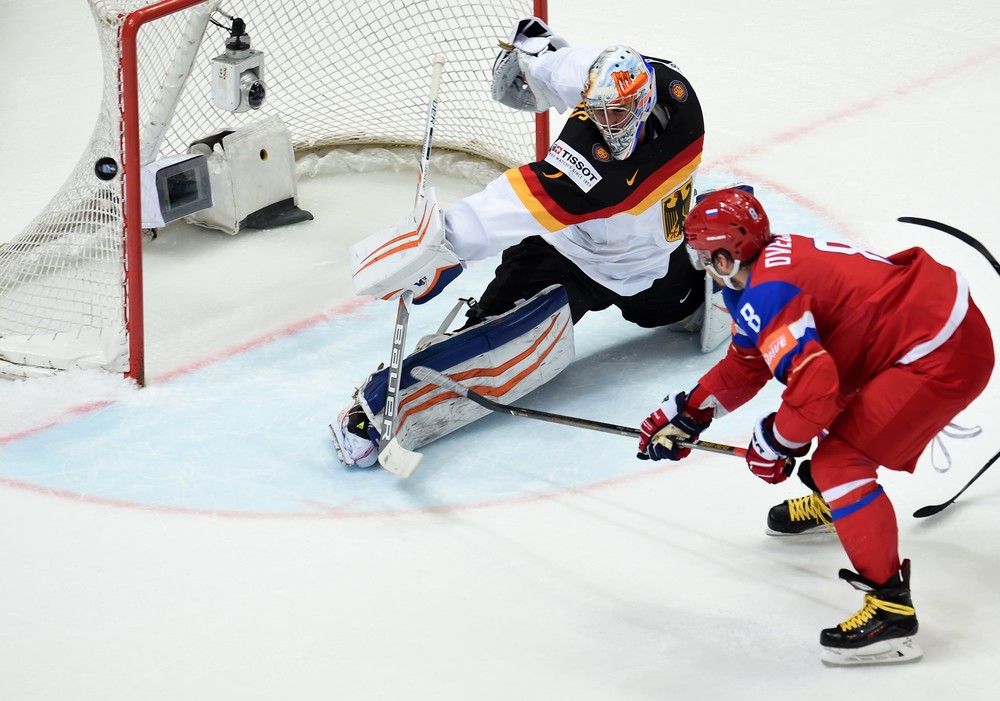 There was still unfinished business: since his arrival at the tournament, the Russian crowd has been anticipating a goal from Alexander Ovechkin. And on 42:45 it finally arrived. His Capitals team-mate Evgeny Kuznetsov dropped the puck off in the German zone and Ovi was on it like a flash to unleash a wrist shot from the right-hand circle and make it 4-1.

The Great 8 went on to show off a few more tricks, tying Germany's Daryl Boyle in knots before shooting on Greiss yet again as the early anxiety around the arena dissipated into a party atmosphere for the closing stages.