Crossing the Atlantic to play for Kazakhstan

Team Kazakhstan hasn’t had the happiest of World Championships – and looks destined to resolve its fate in a do-or-die relegation showdown against Latvia on Saturday – but the Barys Astana trio of Nigel Dawes, Dustin Boyd and Brandon Bochenski has been one of the tournament talking points.

The troika has long been a potent goalscoring force in the KHL Eastern Conference. Bochenski has put up a point a game over the past six seasons, while his Canadian colleagues have more than 200 points apiece from five seasons in Kazakhstan. And, having found a surprising home in the Central Asian country, the three took citizenship and gained clearance to play for the national team earlier this year.

Dawes, a bundle of energy on the ice, quickly endeared himself with two nerveless shoot-out finishes to sink Switzerland in game one. Satisfied with his debut, the former Canadian youth international announced that he felt truly Kazakh. “I spend more time there than I do in Canada,” he said. “It’s home.” 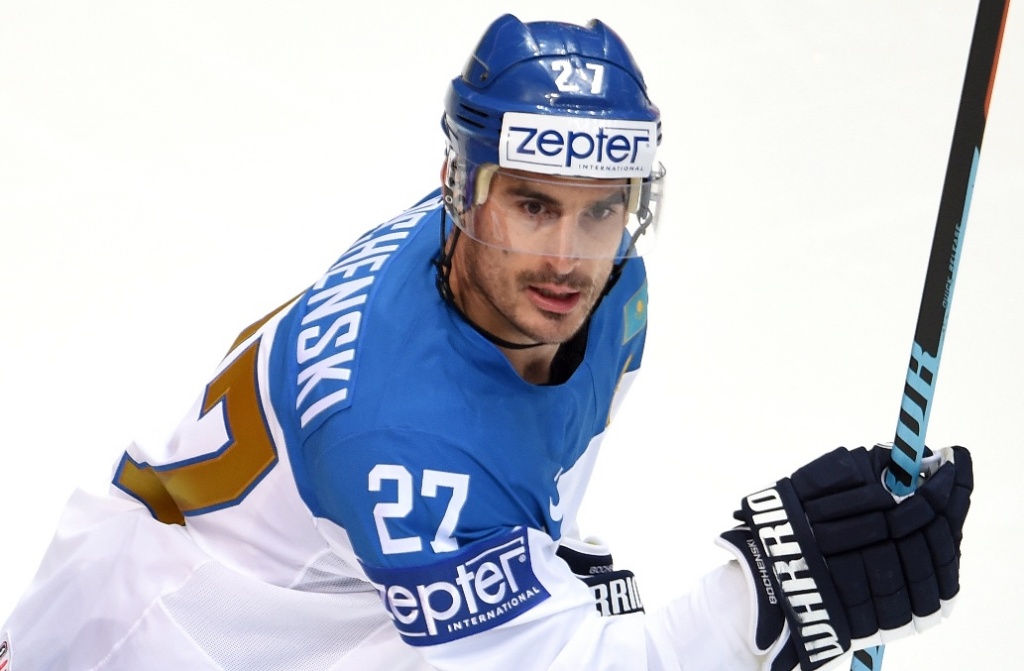 But Bochenski’s story really caught the eye. Back in Moscow at a World Championship after representing his native USA here in 2007, the former Boston Bruin has established Astana as a home from home – and is encouraging anyone and everyone to come visit.

“I think you’d like it, it’s a really nice city,” he said. “There’s a lot of really good architecture. Maybe it’s not so good for an outdoor type, but there’s great nightlife, good restaurants and it’s a fun place to be.

“I’ll keep coming back for as long as I can tie up my skates. My family is happy here and it’s more than a job now, it’s our home.”

But what about changing national allegiances? It turns out that after so long in Astana, playing with many of the players who make up the core of team Kazakhstan, the bond with the steppe eagle is as strong as with the bald eagle.

“It was a surprise for me but it almost feels more natural to be part of the Kazakh team because I know these guys so well,” he said. “When I played with Team USA I knew a lot of those players, but I’ve been playing with this team for six years now and they are my friends, almost my family.”

With two World Championship appearances at opposite ends of his career, Bochenski, now 34, is keen to make the most of what might be an international swansong.

“Last time it was nine years ago so I don’t remember too much,” he said of 2007 in Arena Mytishchi and the Megasport Arena. “I was pretty young back then, a bit wet behind the ears so I didn’t really take it in when I came here. Being a vet is a whole different feeling, you want to really remember it all this time round.”

If the North American axis on team Kazakhstan can secure the nation’s top-flight status after a decade as a yo-yo team, that would be pretty much unforgettable.