A mere two days before the 2016 IIHF World Hockey Championship gets underway in Moscow and Saint Petersburg, Team Russia released the names of the 28 players selected for the host nation’s provisional roster. National team head coach Oleg Znarok, accompanied by the Russian Hockey Federation troika of Vladislav Tretyak, Arkady Rotenberg and Roman Rotenberg, made the announcement at Moscow’s Park of Legends Hockey Museum. Mr. Znarok added that this preliminary roster will be pared down to 21 players, and four berths will be reserved for NHL players.

“We have tried to assemble the best players, and we have taken fitness and injuries into account,” said Vladislav Tretyak. “We have a healthy combination of youth and experience. The most important task now is to put together the lines, and for this, we have a highly professional team of coaches. As for expectations, we believe Team Russia should reach the final. We have to produce the kind of hockey which delights our fans. Of course, our supporters want us to attack and our opponents want to hit us on the counter-attack, so the fans will spur us forward but we must keep our heads. Playing at home can be a double-edged sword.” 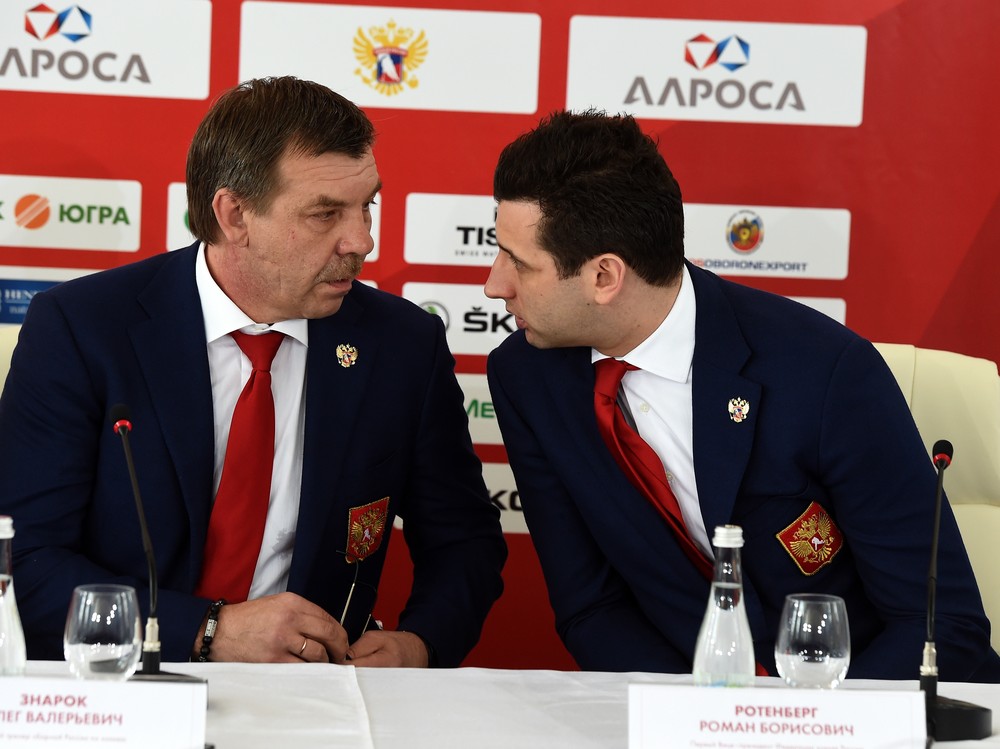 Head coach Oleg Znarok echoed the RHF President’s thoughts, and added that Alexander Radulov has picked up an injury and will therefore miss Friday’s opening game against the Czech Republic.

Seven players will be cut off this list soon while four spots in the final 25-man roster will be reserved for those who currently contest the Stanley Cup across the Atlantic.