The final showdown. Game 7 look back

It’s the fifth time in eight seasons that the Gagarin Cup Final has gone to a decisive seventh game. On Tuesday, at 1930 Moscow time, CSKA and Metallurg face off in the culmination of another thrilling series – and thrilling season. To get in the mood for the big game, here’s a look at the previous four winner-takes-all spectaculars – from Balashikha to Omsk. 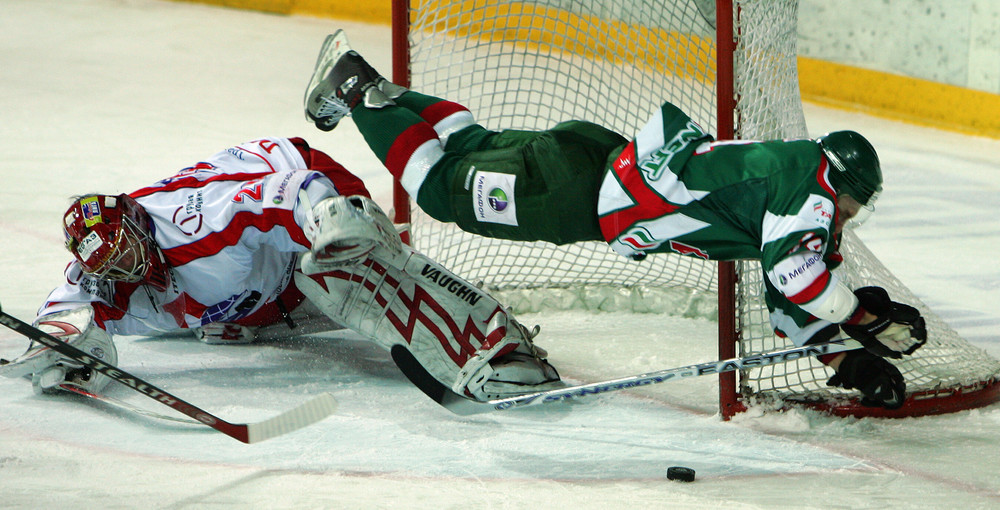 The first ever KHL season produced a final series that lived right up to its promise. Ak Bars, inspired by Alexei Morozov and ably reinforced by his linemates Sergei Zinovyev and Danis Zaripov, started out as favorites. But Lokomotiv was a strong opponent and delivered a shock with a 3-0 win in Kazan in the opening game. A pattern was established: Ak Bars fell behind, and promptly tied the series, bringing us back to Tatarstan with everything locked up at 3-3.

The teams had battled each other to a standstill. Both sets of players knew each other’s game well. But with Morozov at the peak of his powers, knowing his game was not enough. There were less than 10 minutes to play when the captain grabbed the only goal of the game to bring the inaugural Gagarin Cup to Kazan. 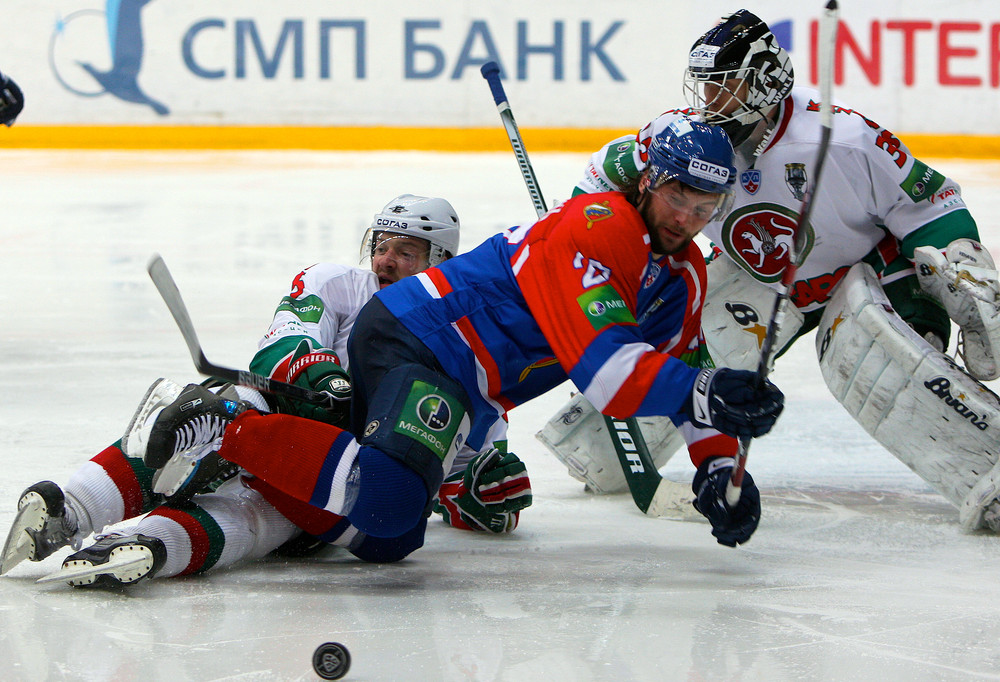 Few gave HC MVD much of a chance in the grand final – the suburban team from the edge of Moscow had been underestimated throughout the season, and most felt that the defending champion would have too much for an upstart team under the guidance of Oleg Znarok. When Ak Bars won the first two games in Balashikha, it seemed that the series would be over quickly – but Znarok’s teams have never lacked for tenacity. Back-to-back wins in Kazan tied the series, and a 3-2 home win in game five put the outsider within one game of lifting the cup.

Ak Bars responded in emphatic fashion, producing a coruscating 7-1 victory to set a decider. Once again it was a tight affair. MVD’s hard-working style frustrated Ak Bars’ flamboyant offense for long spells but two second-period goals proved decisive. Nikita Alexeyev got the game winner – his fourth post-season marker after a frustrating return of one in 33 during the regular campaign – and the prolific Finn Niko Kapanen gave his team breathing space in the 36th minute. Ak Bars made it two wins in two seasons as Zinetula Bilyaletdinov got the better of the man who would later replace him as Russia’s head coach. 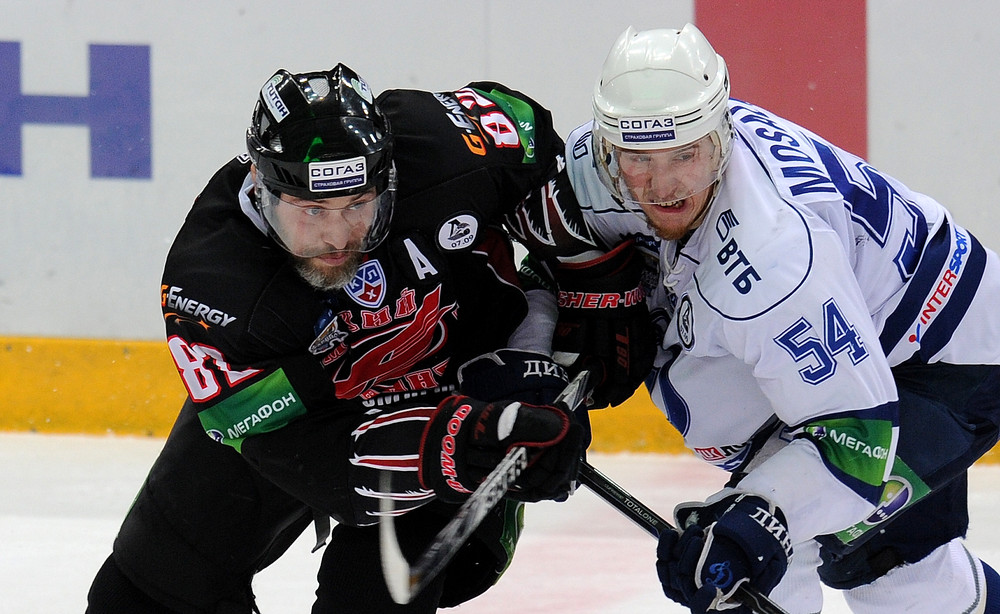 Znarok learned from his experience in 2010 and returned to the grand final two years later at the helm of a Dynamo team that had merged with HC MVD in the 2010-11 season. But it looked like the Blue-and-Whites’ wait for a trophy was destined to continue when Avangard, inspired by Alexander Perezhogin, opened up a 3-1 lead in the final series and seemed poised to win it. But Dynamo roared back, helped by a suspension to Avangard defenseman Anton Belov that disrupted the powerful Omsk rearguard. In a series where goals had been hard to come by, the Moscow team suddenly produced a 5-2 win to tie it up and set up a showdown in Omsk.

If previous Gagarin Cup deciders had been tense, this was on a whole new level. The rival goalies, Karri Ramo and Alexander Yeryomenko, had been in superb form and neither wanted to be the one to let it slip now. Ramo, ultimately, was beaten: questions had to be asked about Avangard’s defense as Jakub Klepis was left alone on the slot to convert Marek Kvapil’s feed at the second attempt. Dynamo held on, Yeryomenko claimed the shut-out and the playoff MVP to atone for the frustrations of watching from the bench as Salavat Yulaev won the trophy a year earlier. Znarok buried the disappointment of 2010 – “we won because we were the better team,” he concluded – and repeated the trick 12 months later to match Bilyaletdinov’s back-to-back wins. 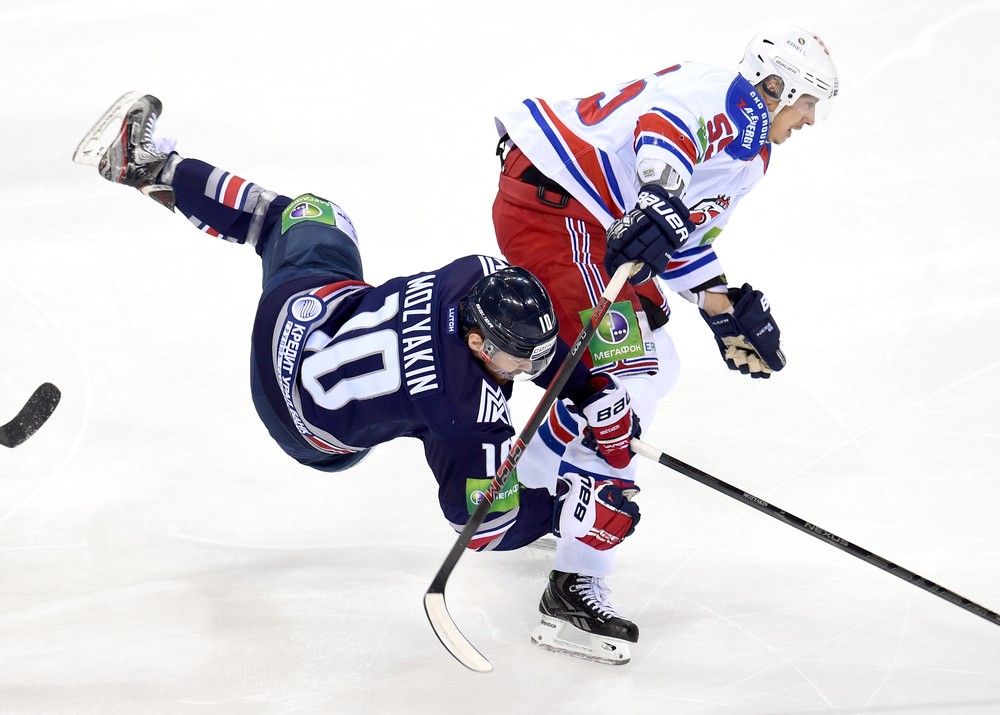 Magnitka had come within a couple of minutes of wrapping up this series in Prague. Leading 4-3 on Francis Pare goal, Mike Keenan’s team was denied by Mikko Maenpaa’s tying effort on 57:39 and lost out in overtime to Nathan Oystrick. Tight game, tight series … tight finale?

Well, no. Metallurg had been full of goals throughout the playoffs, with the Mozyakin-Kovar-Zaripov trio firing at will to get the team this far. Lev, unpredictable from one period to the next, sometimes matched Magnitka, sometimes allowed far too many opportunities to its opponent. Here the damage was done late in the middle stanza. Two markers in a minute saw Yaroslav Kosov and Jan Kovar open up a two-goal lead. Mozyakin and Zaripov extended the lead, and even though Justin Azevedo maintained his record of scoring in every game of the final series, there was no way back for Lev. Metallurg became the first team to lose Game 6 of the grand final and bounce back to lift the cup; the final goalscorer of the season, Mikhail Yunkov, moved on to CSKA and scored twice on Sunday to set up the latest showdown.