The eighth edition of the Gagarin Cup is destined for a game seven decider after CSKA emerged from the furnace of Magnitogorsk with a victory that denied its host the chance to hoist the cup tonight.

Two goals from Mikhail Yunkov – a Gagarin Cup winner with Metallurg in 2014 – clinched an overtime triumph for the Army Men, tying the series at 3-3 and completing a rapid recovery from the blow of Friday’s late, late defeat on home ice.

It took less than three minutes of overtime for Yunkov to produce the winner. CSKA came blazing out of the blocks in the extras and after applying the pressure on the Magnitogorsk net Maxim Mamin found the killer pass from the goalline back to the deep slot where Yunkov was on hand to despatch a one-timer past Vasily Koshechkin.

That takes the series back to Moscow for the final instalment of this gripping series on Tuesday – but only after CSKA survived an almighty scare in the closing stages as Metallurg clawed back a 0-2 deficit to force overtime.

In a town famous for its steelworks, the Metallurg crowd was hoping to provide a furnace-like atmosphere to incinerate CSKA’s prospects – but the visitor showed a solidity of its own to overcome the challenge and keep its playoff prospects alive. 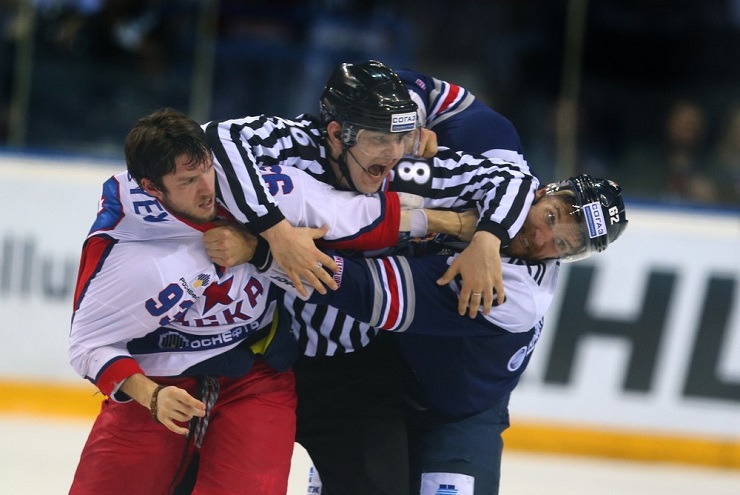 With the pressure on both teams, making a good start was always going to be crucial. CSKA began at top speed, testing Koshechkin repeatedly in the opening minutes before taking a fifth-minute lead thanks to Yunkov. The forward has been something of a bit part-player in this year’s playoffs, but he added his third vital post-season goal. He claimed it with the faintest of touches on the slot, doing just enough to take Bogdan Kiselevich’s shot past the goalie.

The game remained fairly even for the rest of the opening stanza, with neither team able to create clear scoring opportunities. But early in the second period CSKA added a second goal, edging its advantage into ‘decisive’ territory. Alexander Radulov did the hard work, emerging with the puck from a scrimmage on the boards to lead an odd-man rush alongside Ivan Telegin. Telegin attacked the space and accepted Radulov’s inviting pass, finding the top shelf as Koshechkin struggled to get back in position. 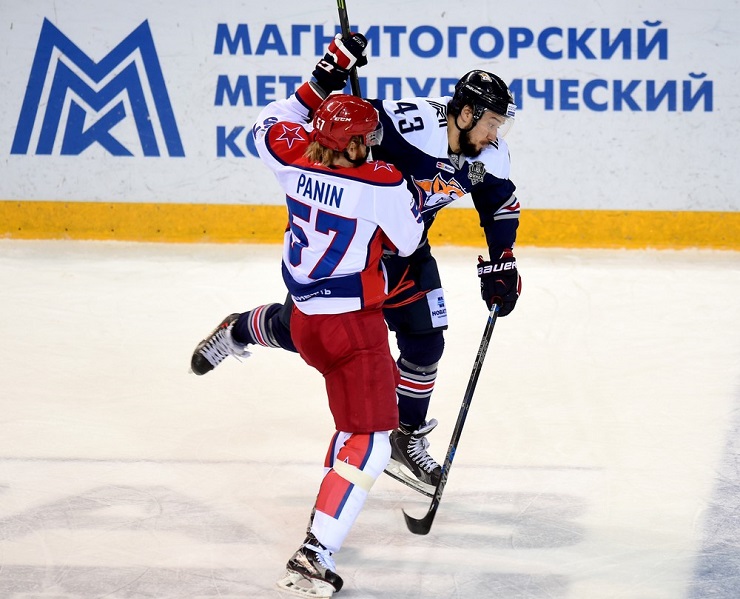 Now CSKA held a clear advantage on the scoreboard and soon made that more apparent on the ice. Yunkov, Mamin, Stephane da Costa and Nikita Pivtsakin all tested Koshechkin as Magnitka struggled to find an answer. Wojtek Wolski took Danis Zaripov’s spot on the home team’s first line, but to little avail. It wasn’t until a fight between CSKA’s Artyom Sergeyev and Metallurg’s Oskar Osala disrupted the game’s flow that the home team began to show some menace around Ilya Sorokin’s net, raising the prospect of a barnstorming third period.

And that prospect was delivered in style as Metallurg roared back with two goals in the last six minutes to tie the game and take it to overtime once again. 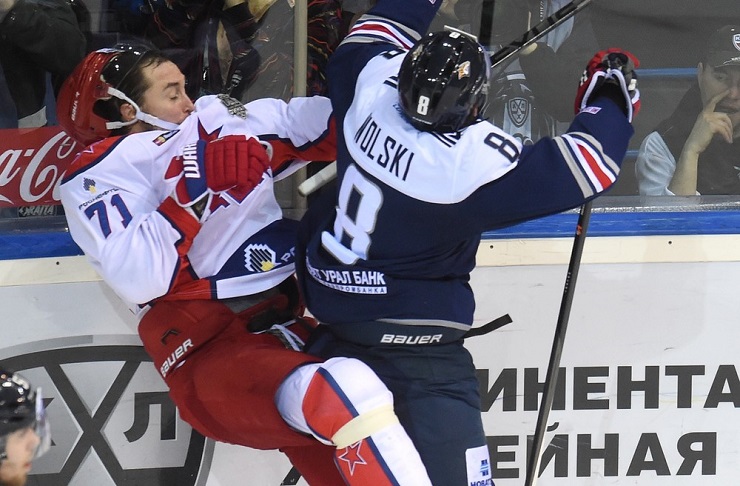 Sergei Mozyakin, two-goal hero of Friday night’s overtime win, was back in business with two assists as Magnitka dramatically re-asserted itself to jeopardize CSKA’s hopes of saving the series. First he found the pass from behind the net to pick out Chris Lee between the hatchmarks for a rising wrist shot that found Sorokin’s top corner to halve the deficit on 54:33.

Then, with 63 seconds left to play and Koshechkin benched in favor of a sixth skater, Mozyakin fired a shot into a crowded slot. Alexander Semin got an inconclusive touch; Jan Kovar got the vital one. Game tied, CSKA hurting. Behind the Metallurg bench, head coach Ilya Vorobyov allowed himself a quiet smile as the flames of jubilant celebration engulfed the arena around him. 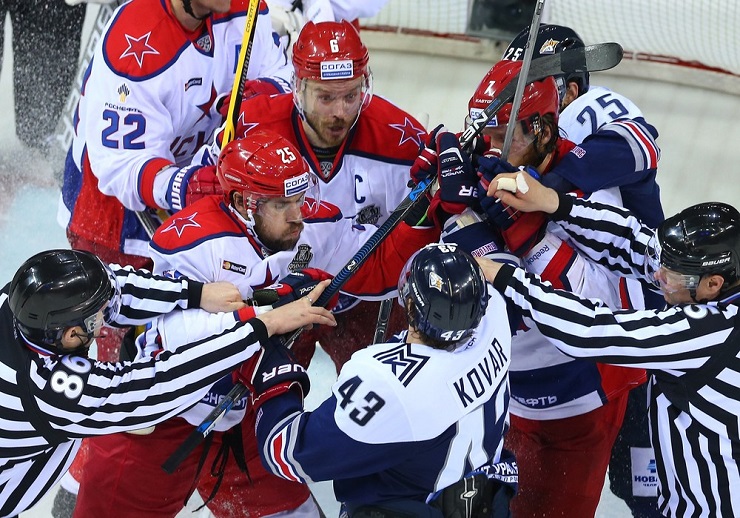 But that joy proved premature as Yunkov’s second goal ensured that there would be no cup presentation tonight.

Now the stakes rise yet another notch as – for the fifth time in eight seasons – the Grand Final goes to a do-or-die showdown. Of the previous four, three were won by the team from the East. CSKA can take heart though: three out of four were won by the team that came into the game on the back of a victory in game six. The one exception to that? Metallurg Magnitogorsk, beaten in Prague before wrapping up the series in Magnitogorsk in 2014.